Go back to Oman page.
Go back to The Eastern Hajar page. 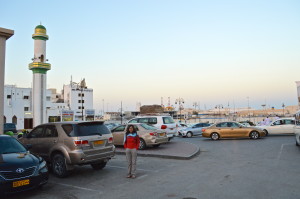 Near the port in Muscat

Saturday morning we joined a diving trip for a bit of snorkeling just south of Muscat (lots of tropical fish & even a face to face encounter with a sea turtle) and rounded out our Oman trip by checking out the Sultan Qaboos Grand Mosque (closed). In fact, other mosques in Muscat looked much more spectacular but The Grand is the only one open to tourists. A quick Iranian buffet for dinner and a Saturday night departure. Home some 30 hours later. 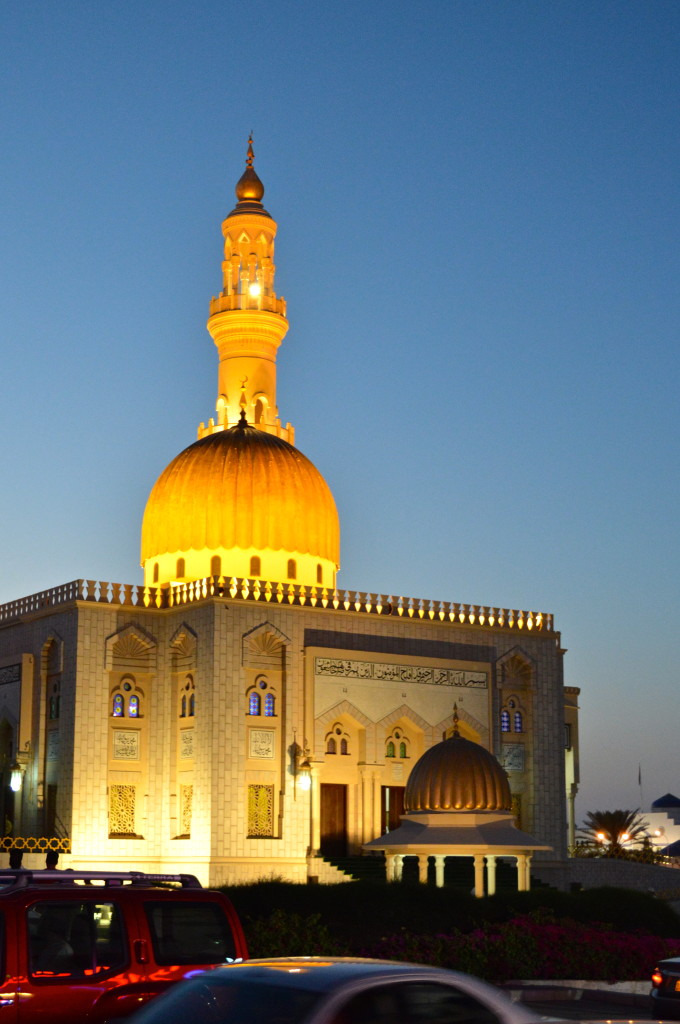 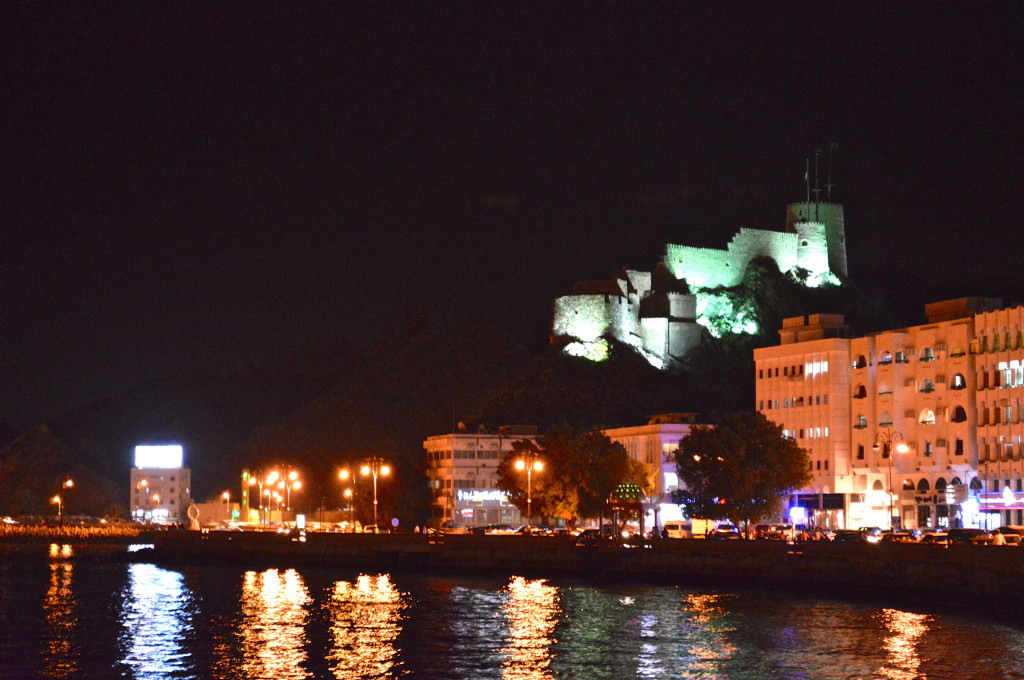 Muscat waterfront at night with the Muttrah Fort above (Feb. 2014). 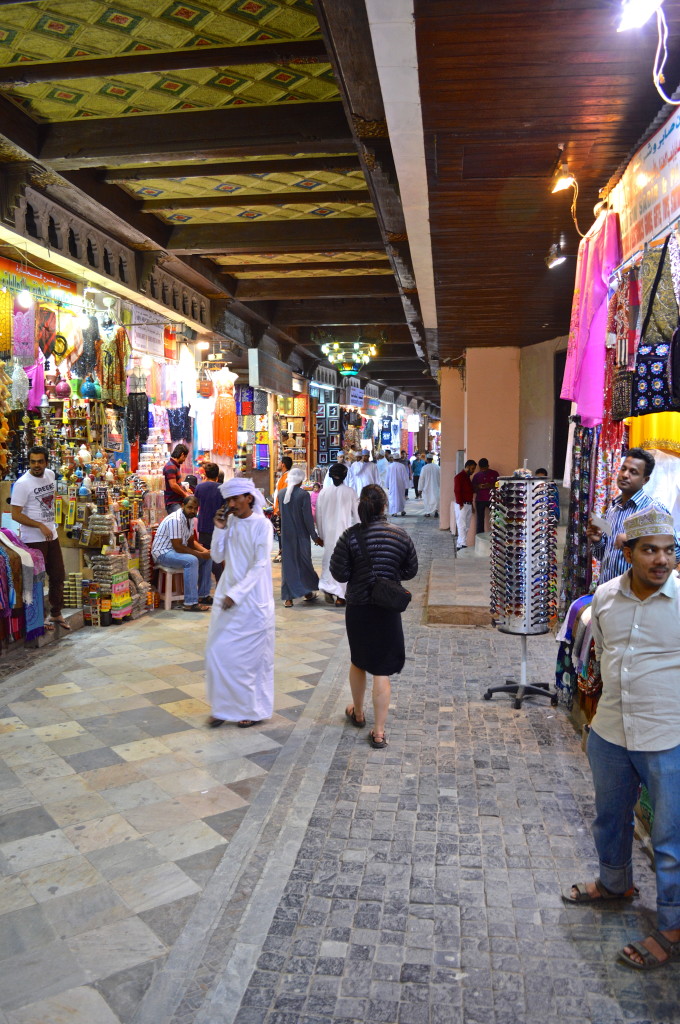 Muttrah Souk in Muscat. Somehow Shirley seems to be the only woman in this photo (Feb. 2014). 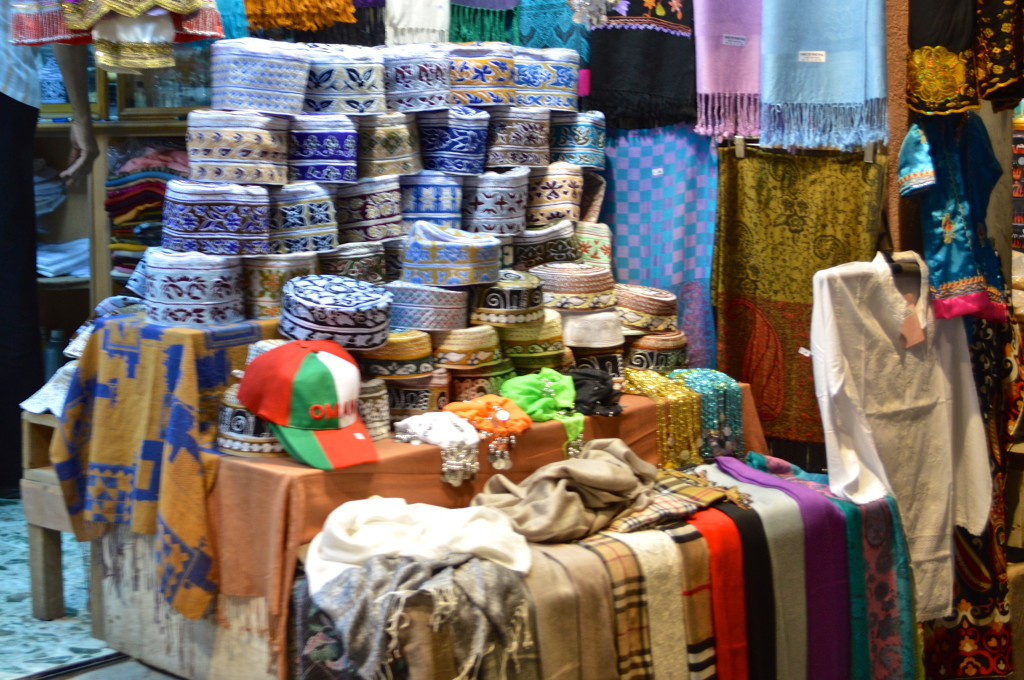 Kumas or traditional Omani headwear for men on display at Muttrah Souk (in Muscat; Feb. 2014). 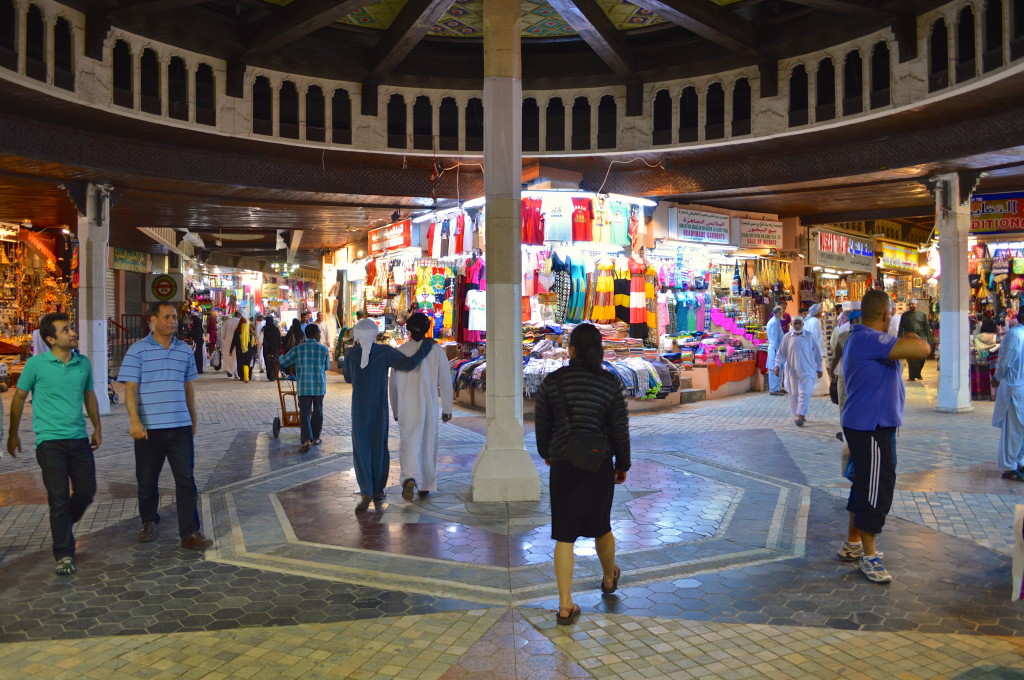 Muttrah Souk in Muscat. Place was kicking on that evening…we even ended up buying some stuff (a scarf for Shirley & a wallet for moi). 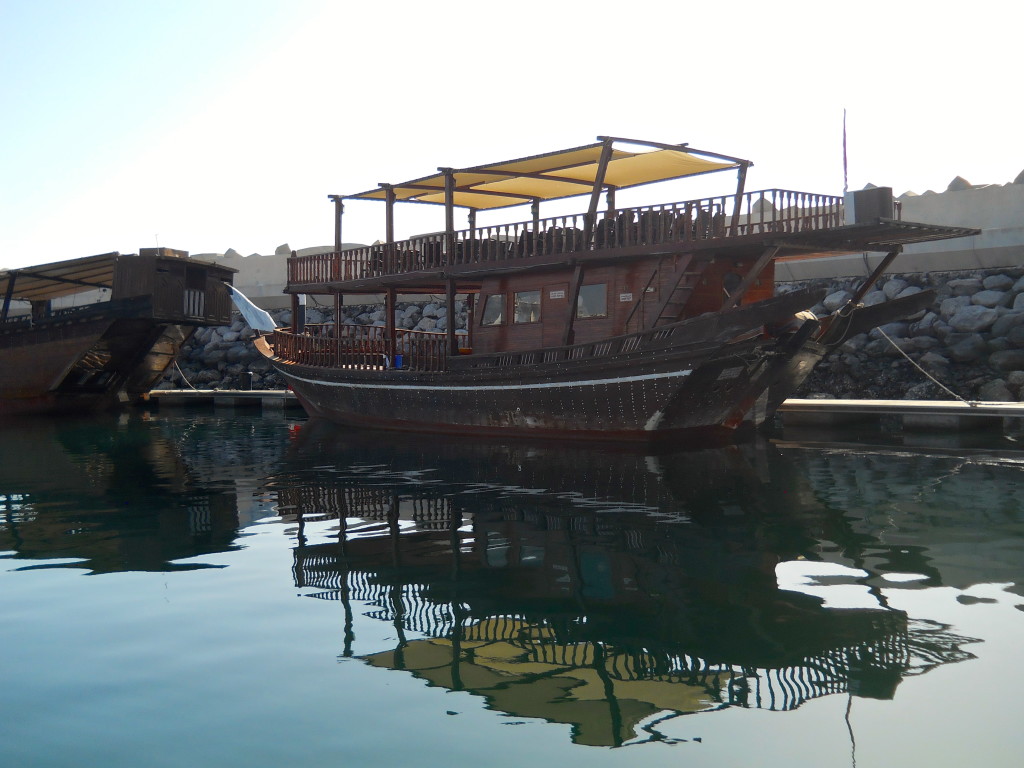 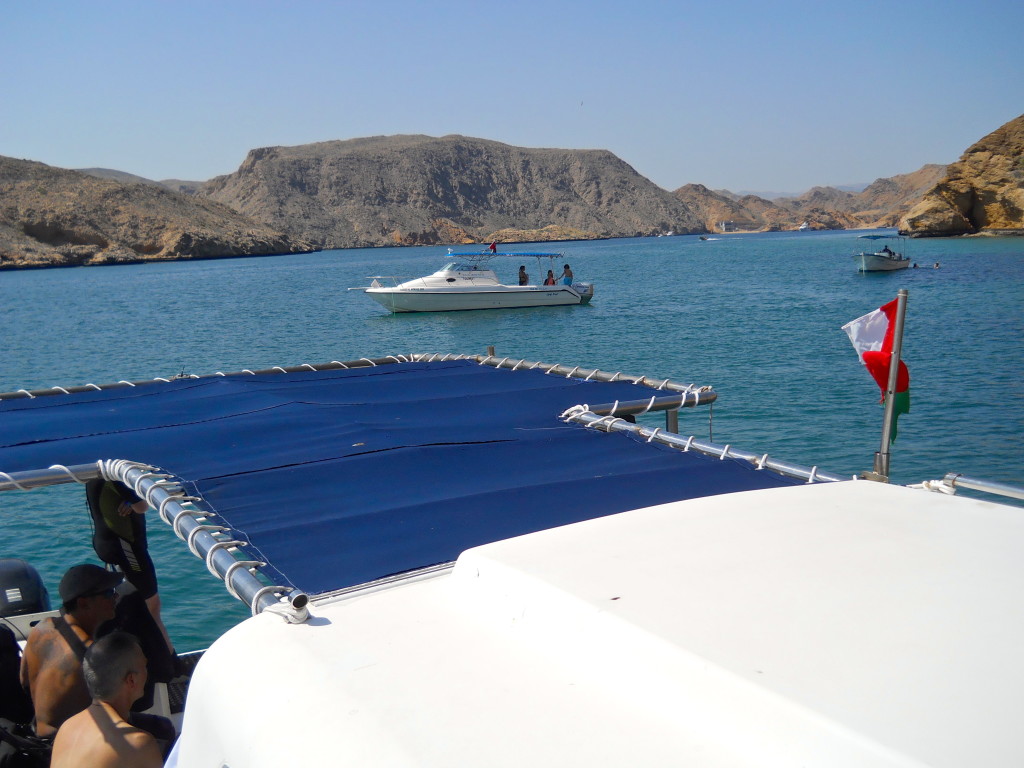 We joined some divers on a trip to the Bandar Khayran area (just south of Muscat) for some snorkeling. The desert meets the Arabian Sea (Feb. 2014). 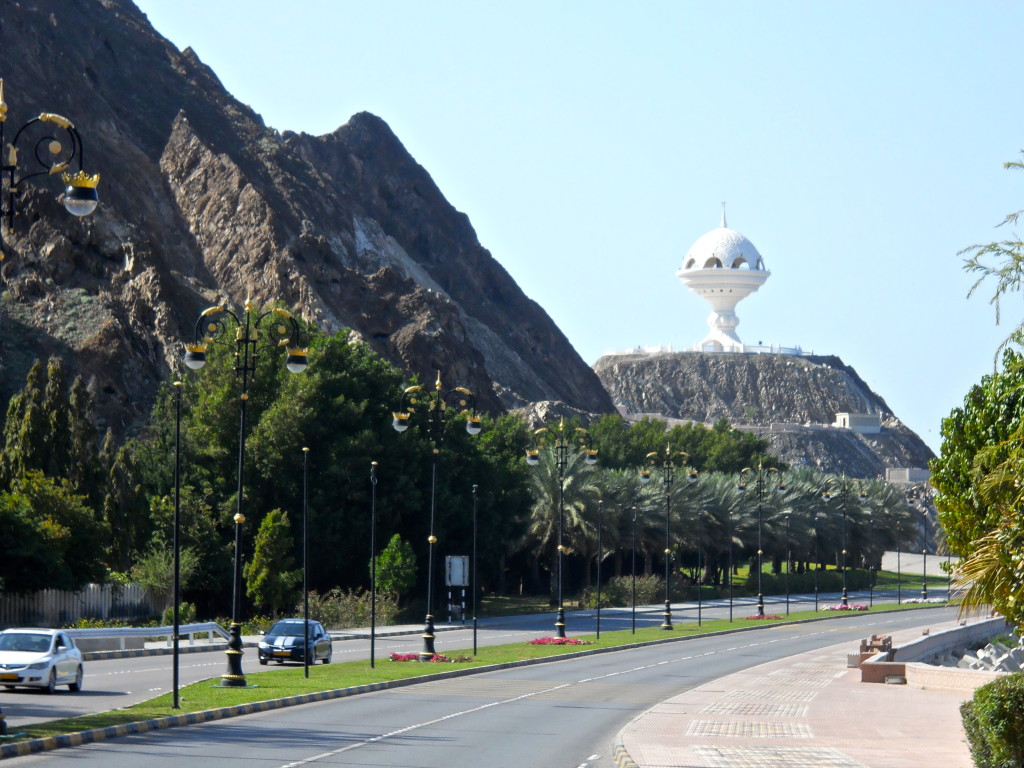 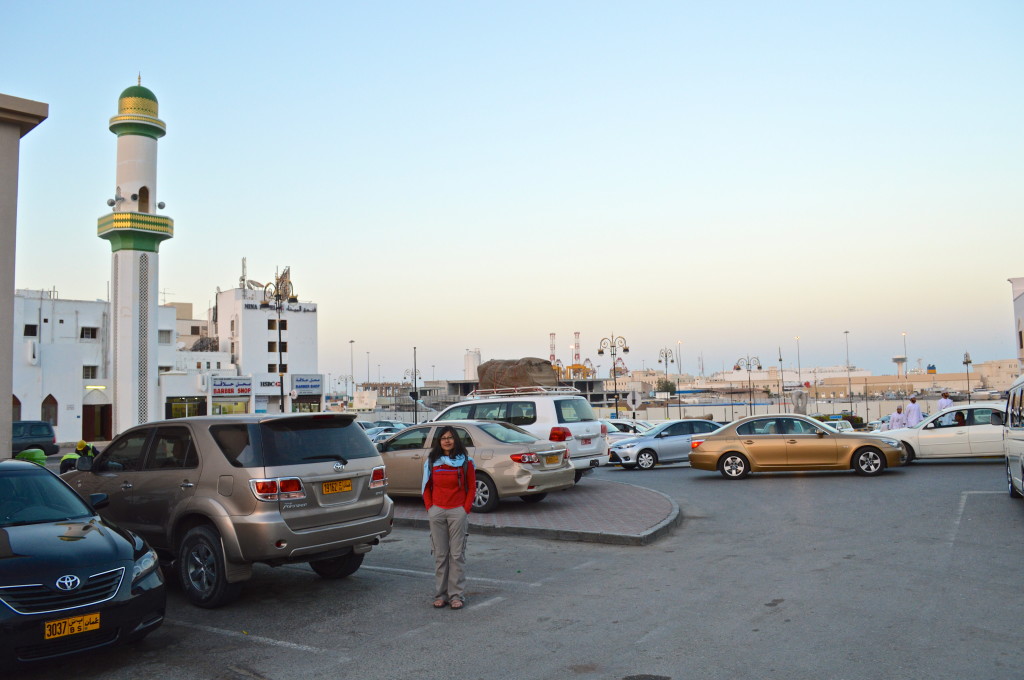 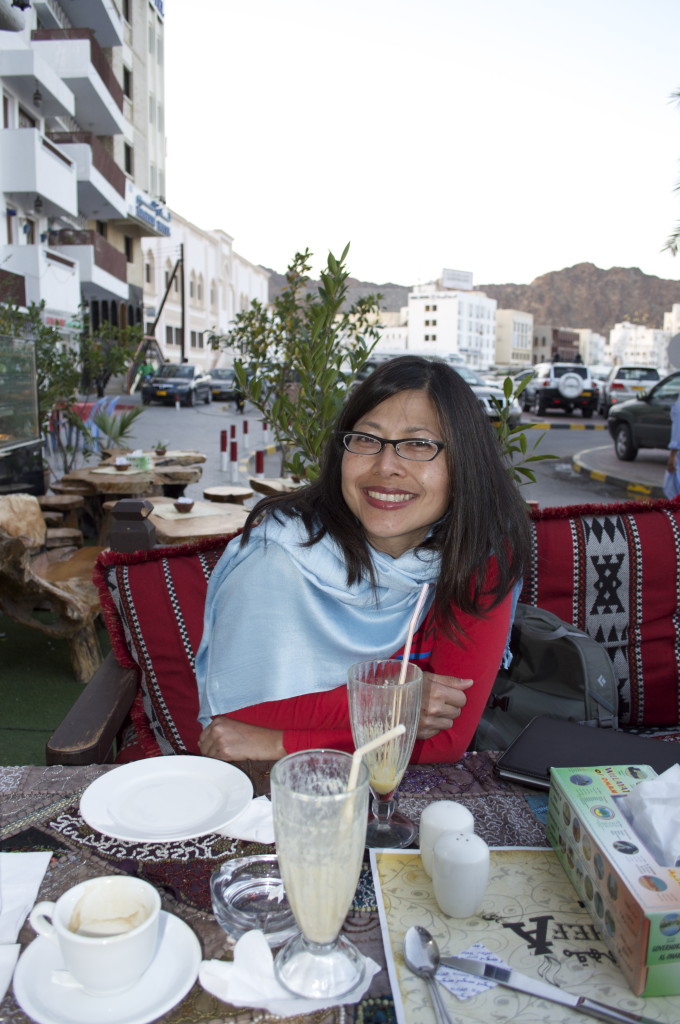 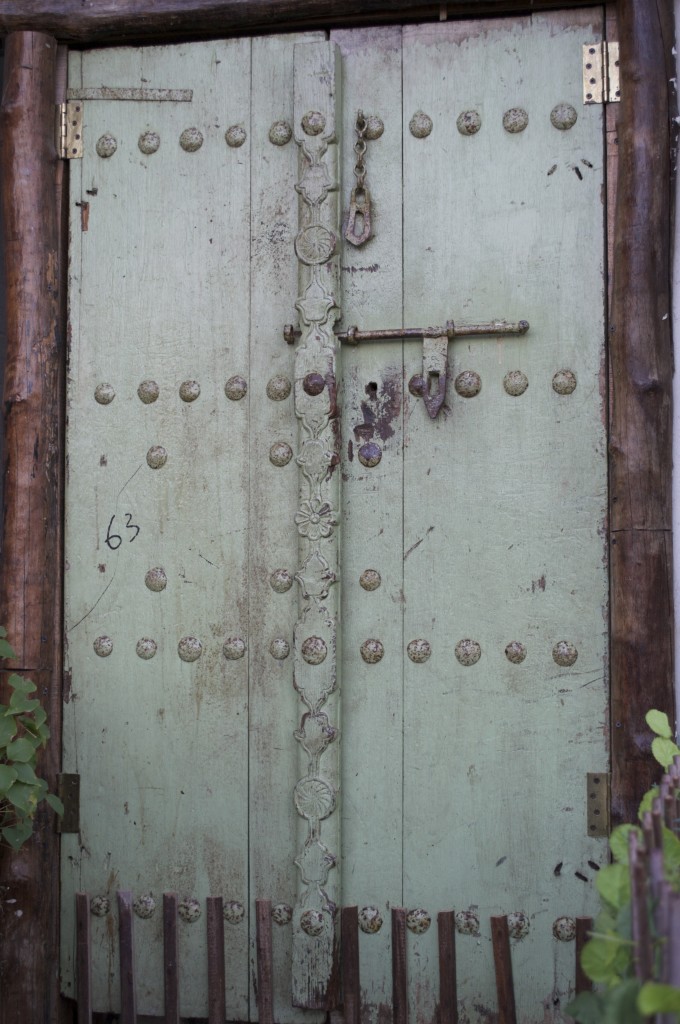 Go back to Oman page.