Go back to Revisiting The Dolomites. 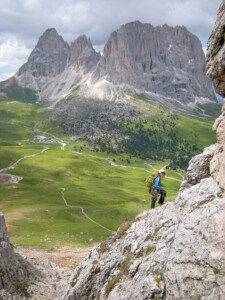 Portland to Philly to Munich followed by a quick drive to the South Tirol region of the Dolomites. Shirley was enjoying her autobahn driving experience despite being highly-speed-limited (130km/h) by our tiny Peugeot rental. The idea was to start the next day with a short moderate route for warm up. We picked the Tissi line on First Sella Tower due to the short approach (20 minutes), moderate rating (VI ~ 5.9) and a low number of pitches (~7). Given our experience from two years ago on the next-door Trenker (V-) route, I should’ve taken the guidebook warnings of “polished rock” more seriously. Soon I was cursing my way up polished 5.9 off-widths and wishing I had brought some large cams. Somewhere in the upper third, I screwed up the route finding and we ended up topping out on the (equally polished) Southwest Ridge. Perhaps the last two pitches of Tissi are great enough to offset the quality of the lower 2/3rds, but I still think I’d rather pierce my nipples or have a root canal done sans-Novocain instead. 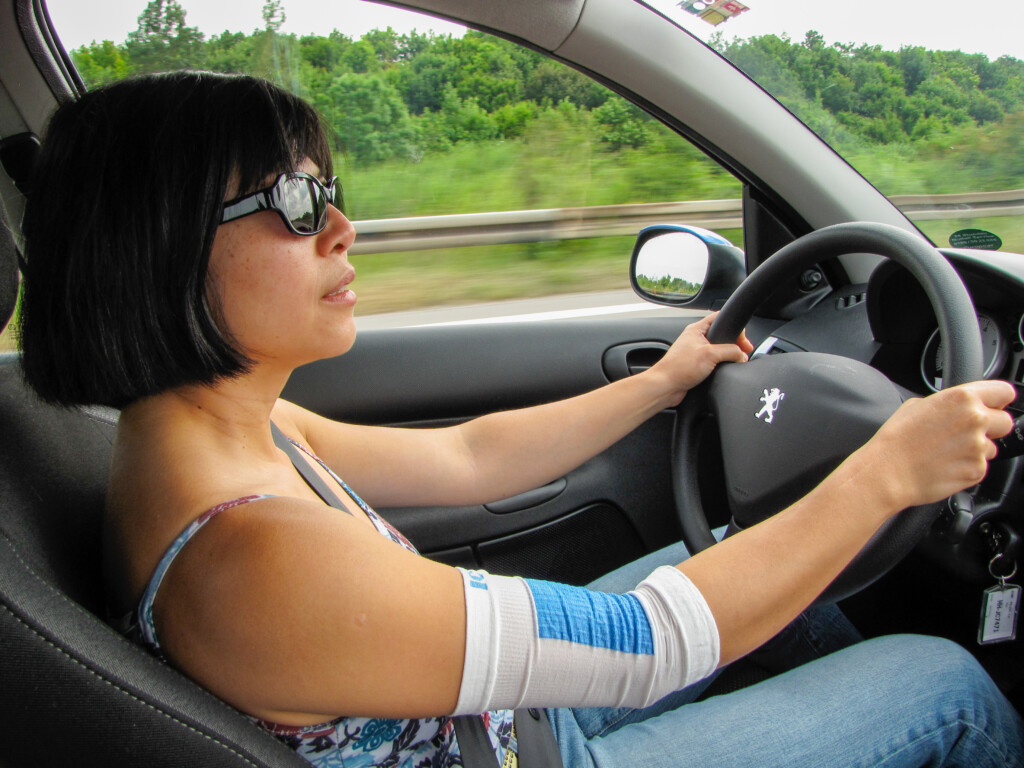 Shirley flying down an autobahn (at a blazing 120 km/h) just south of Munich in our rented mini something (July 2010). 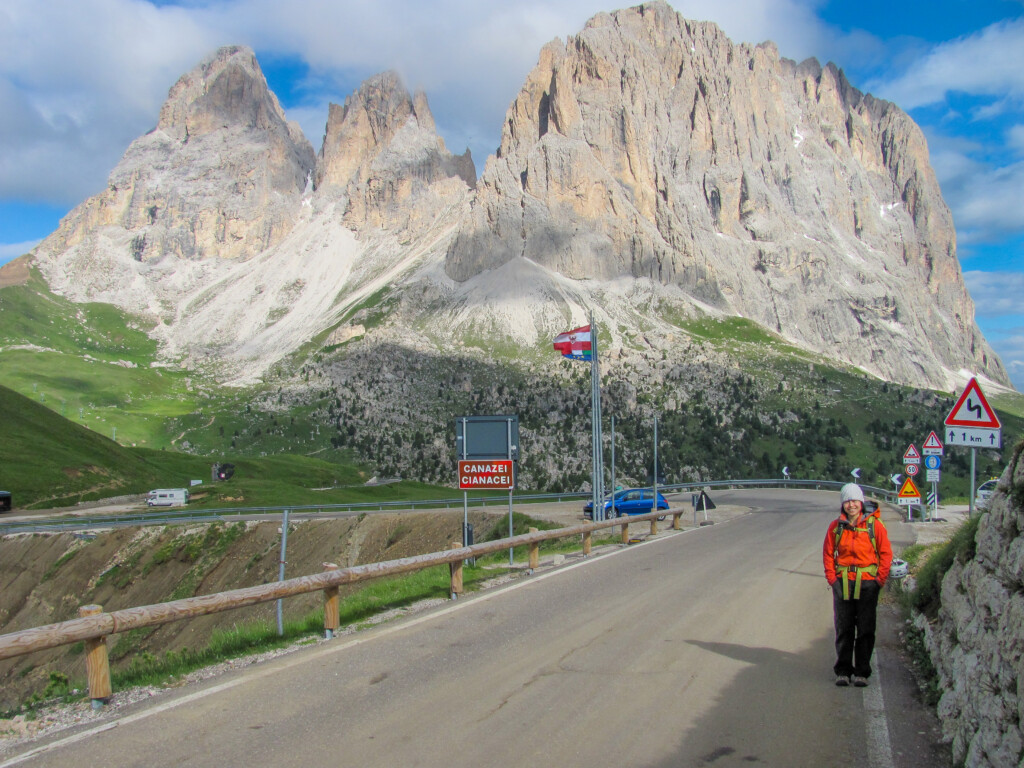 Shirley hiking up to the First Sella Tower from the Pass trailhead (July 2010). 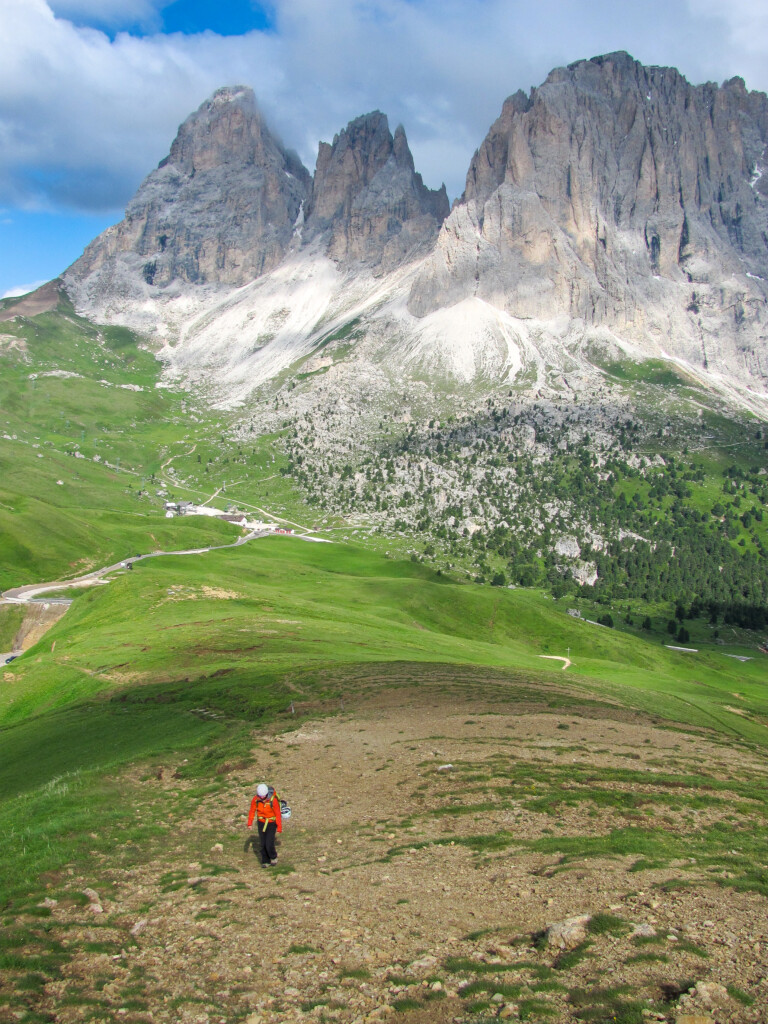 Shirley on the short approach hike to the base of Sella One. Sella Pass is below. Langkofel (right), Funffingerspitze, and Grohmannspitze (?) are in the background (July 2010). 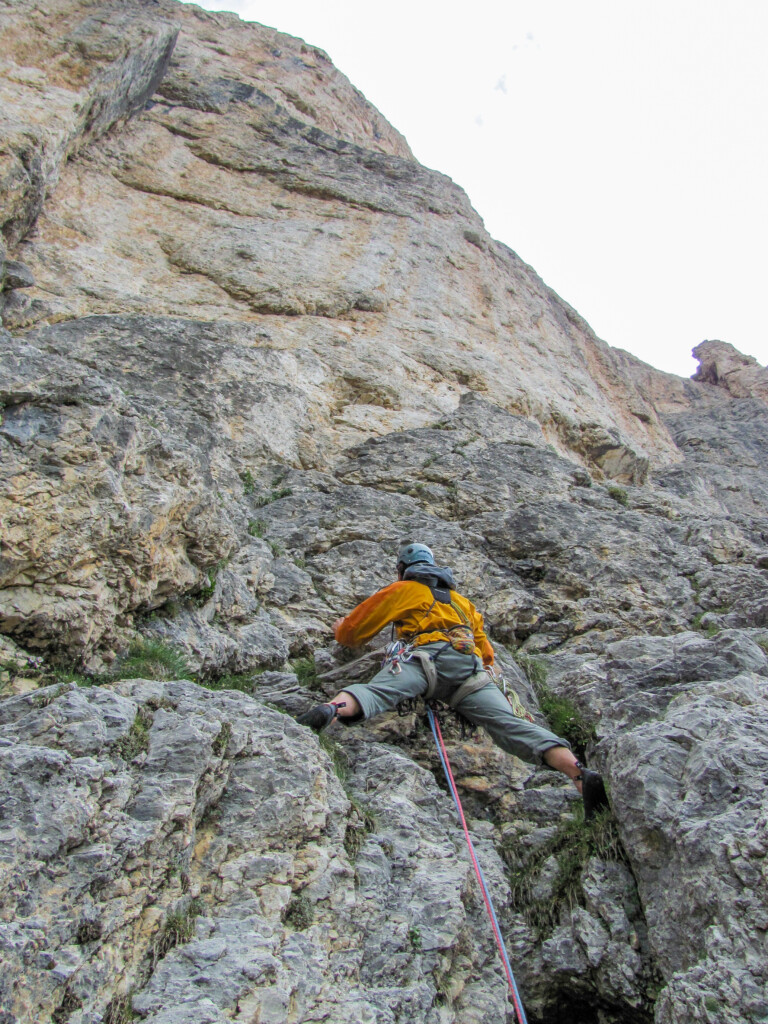 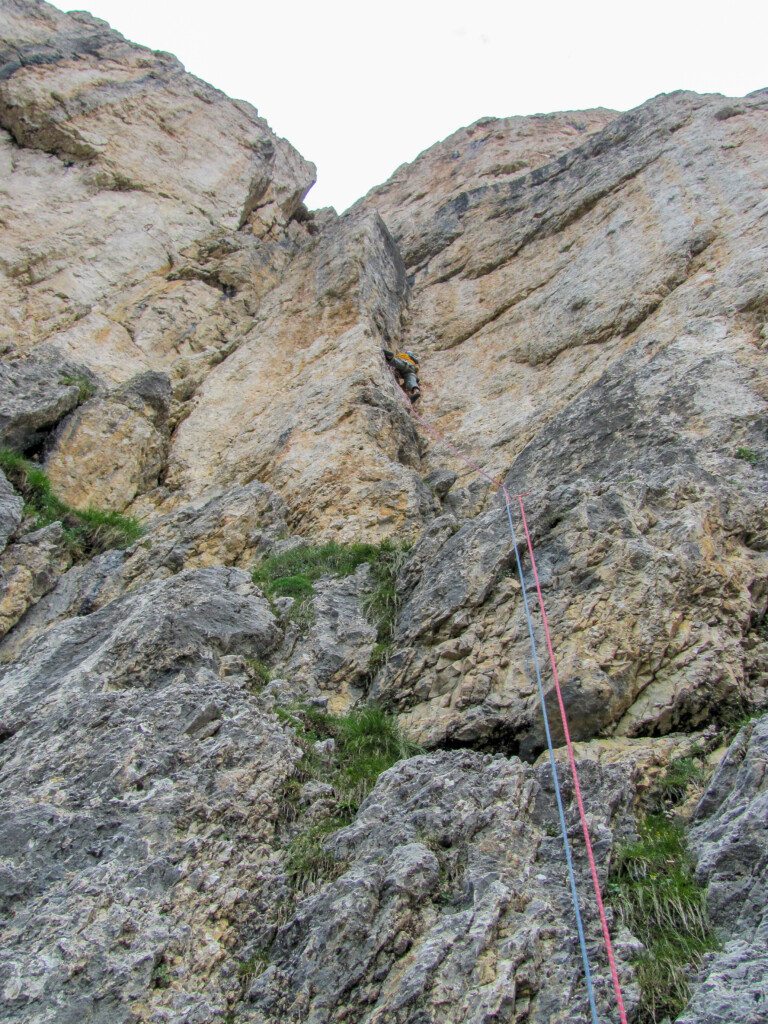 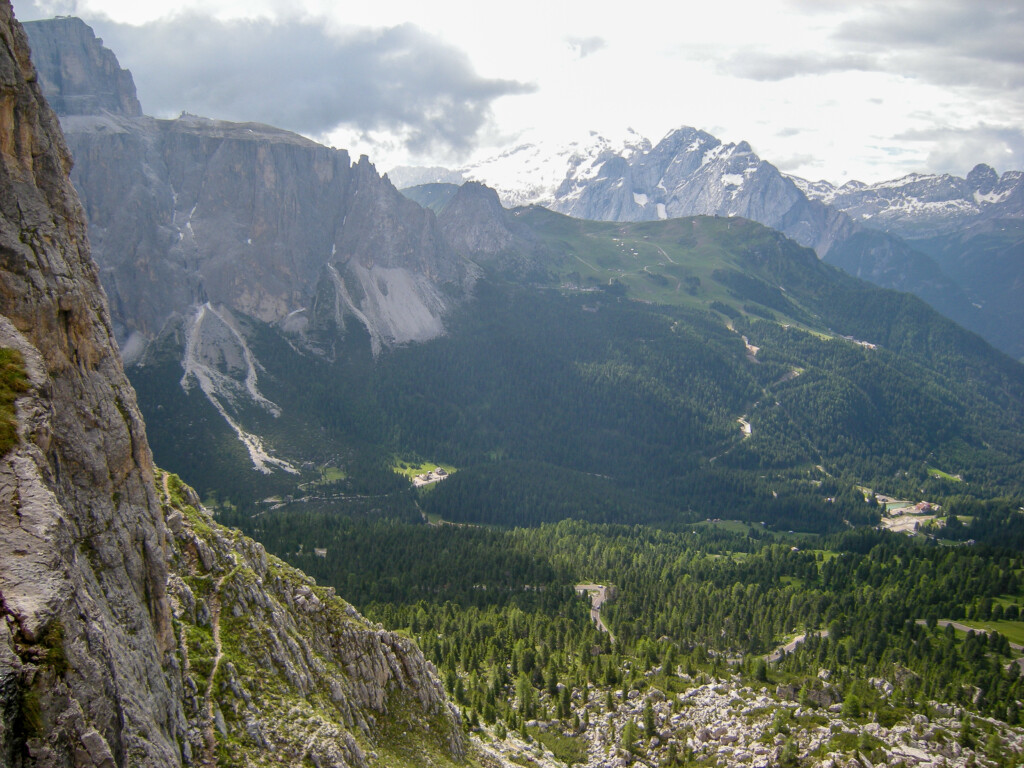 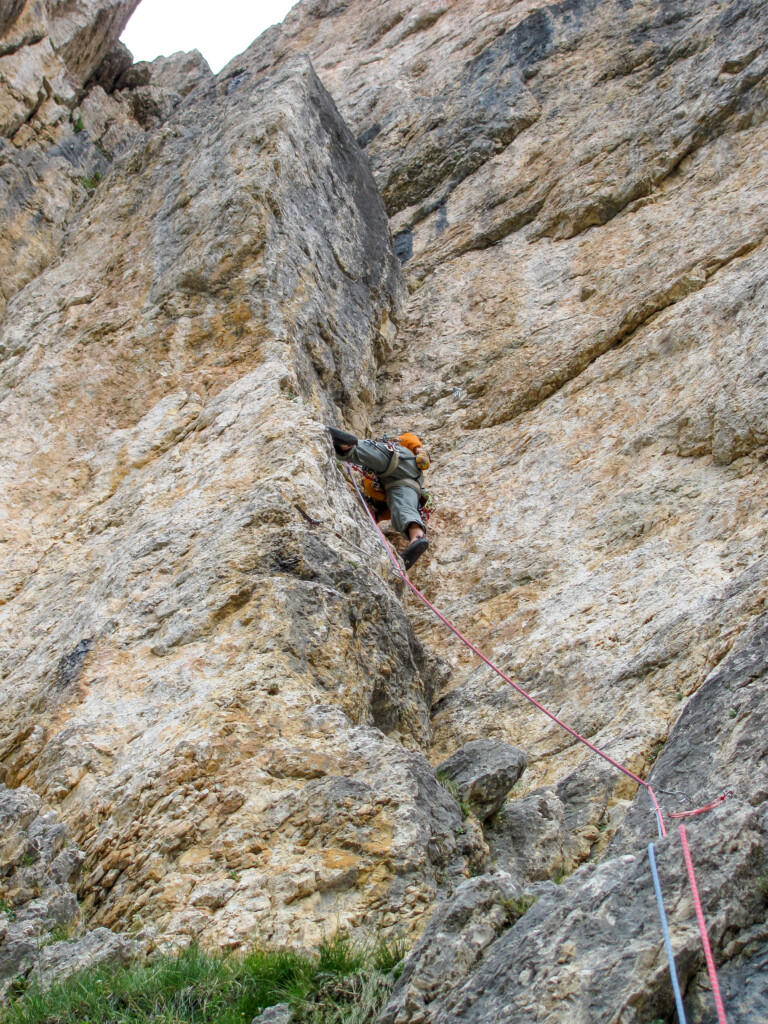 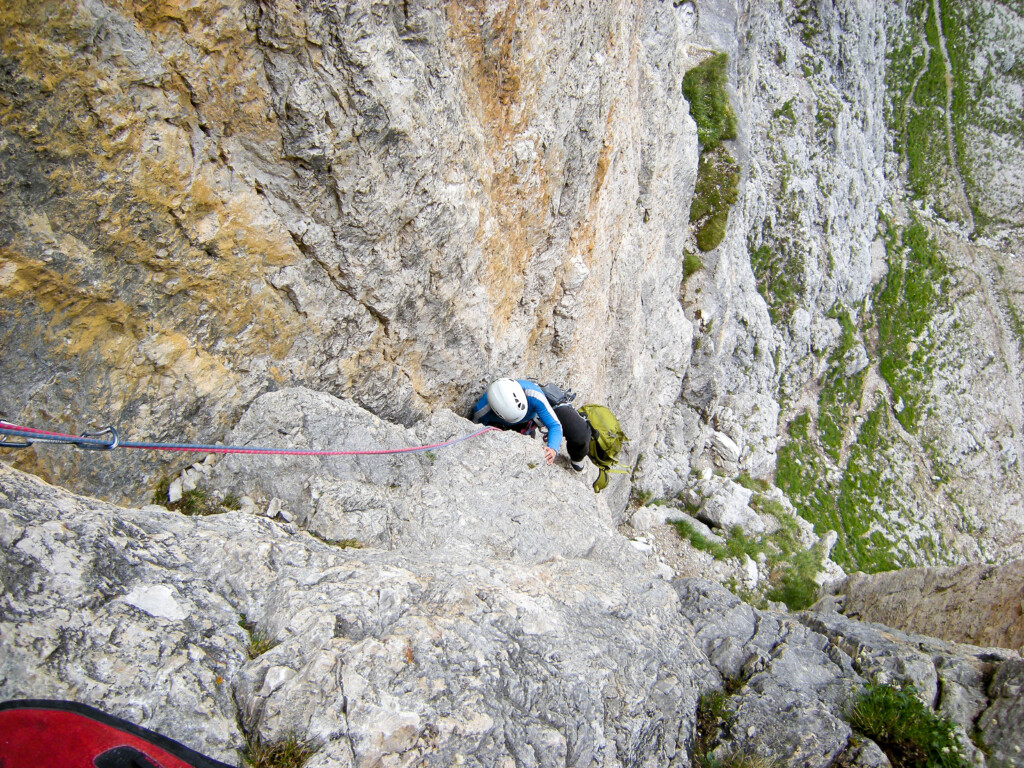 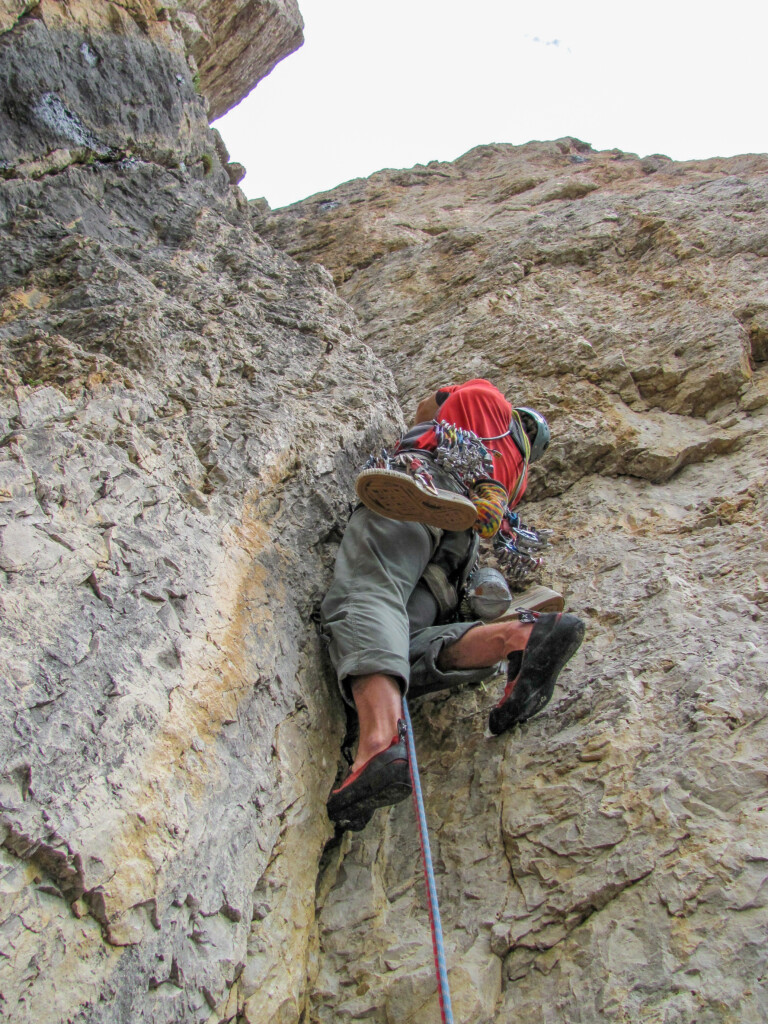 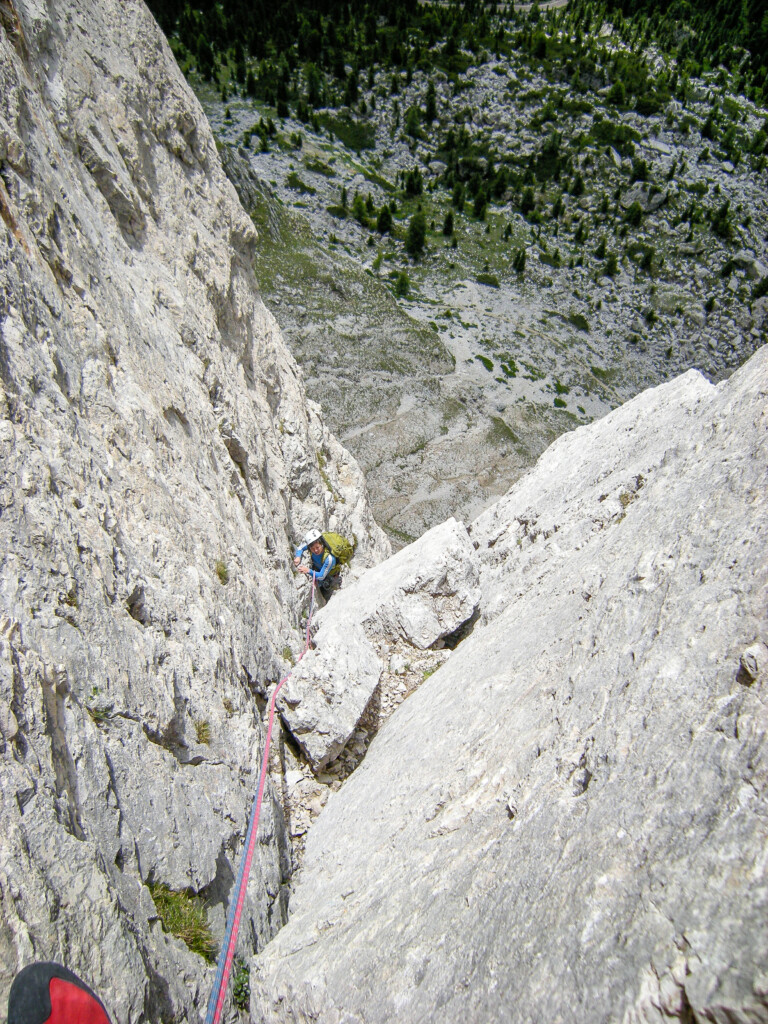 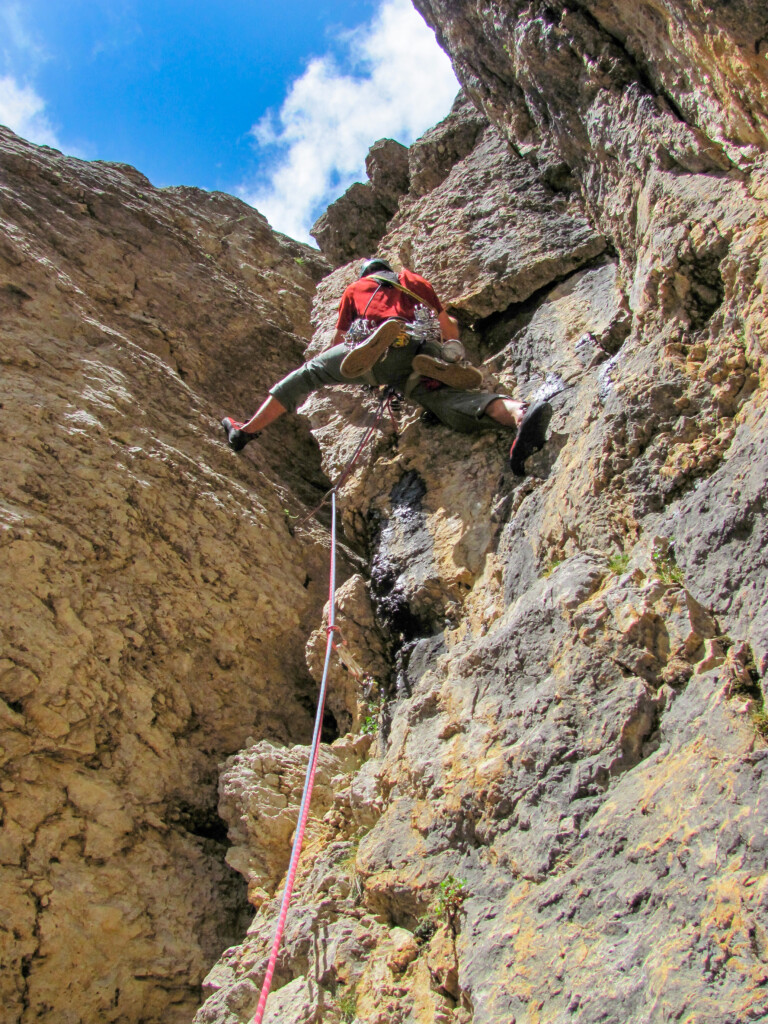 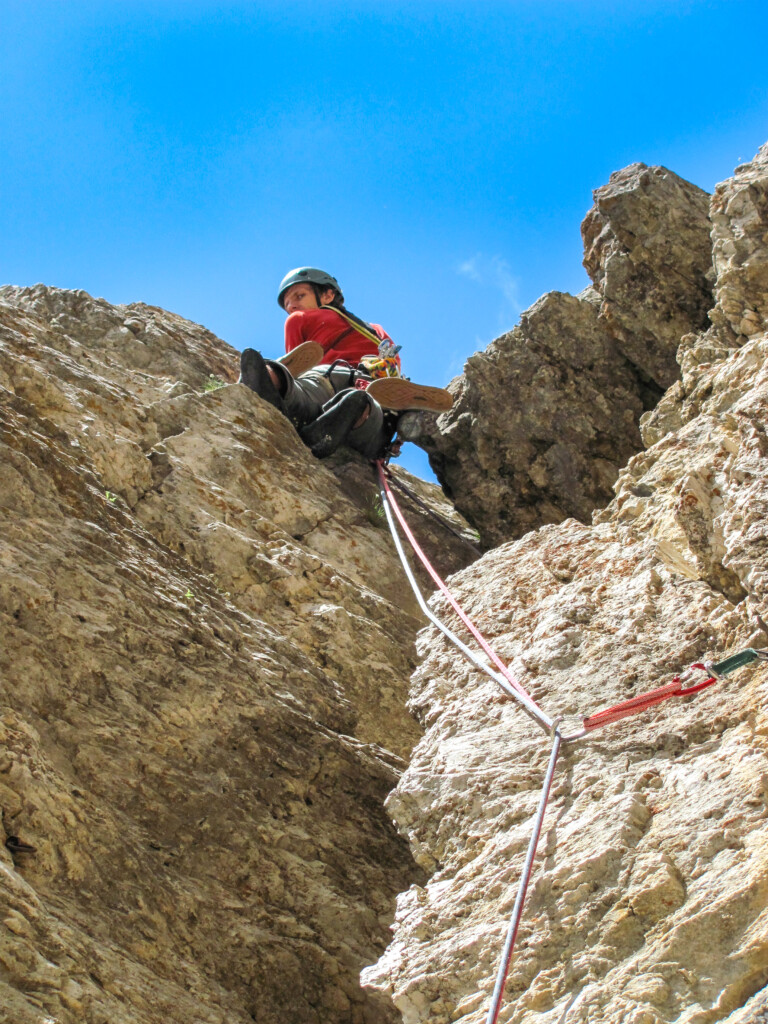 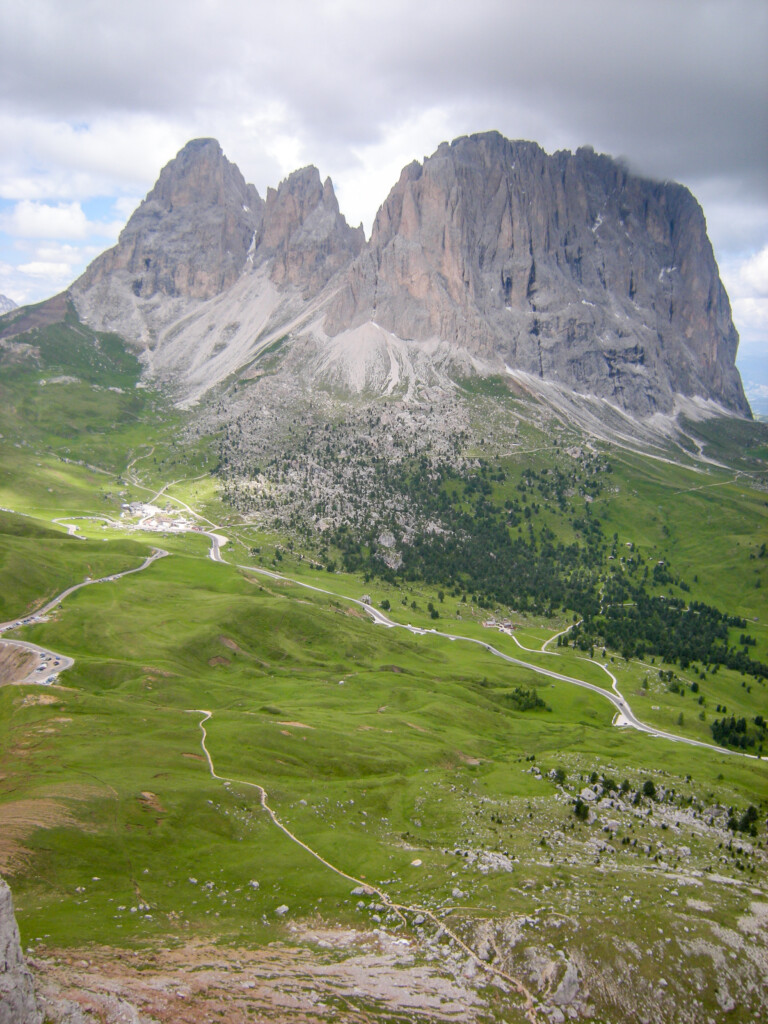 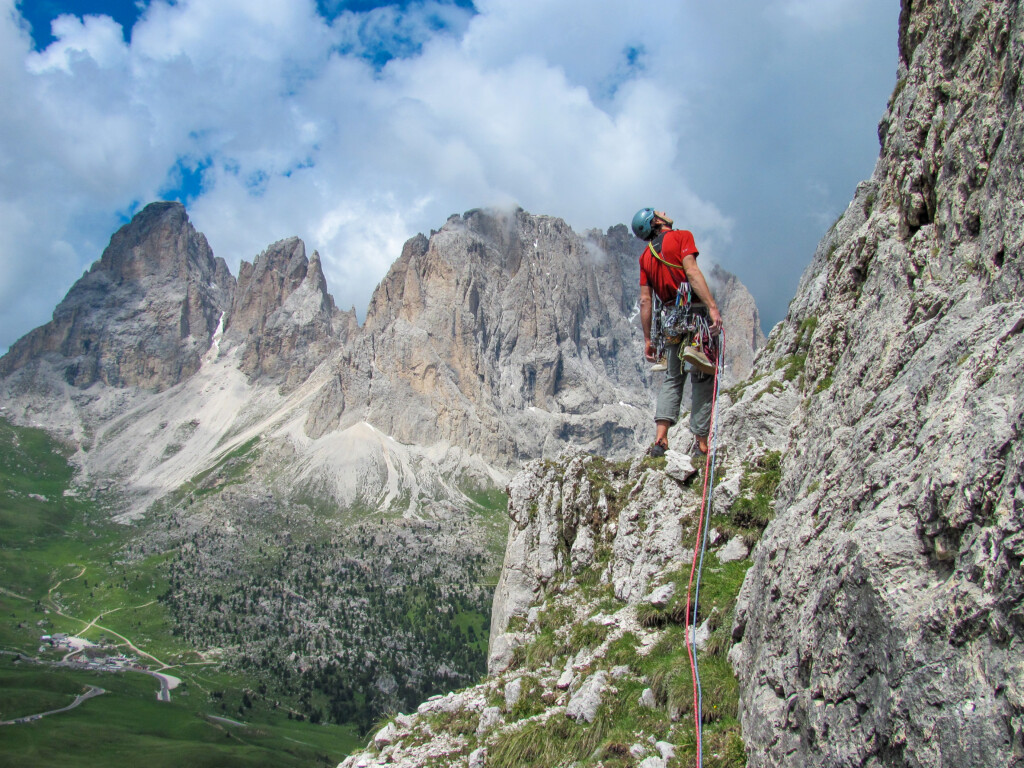 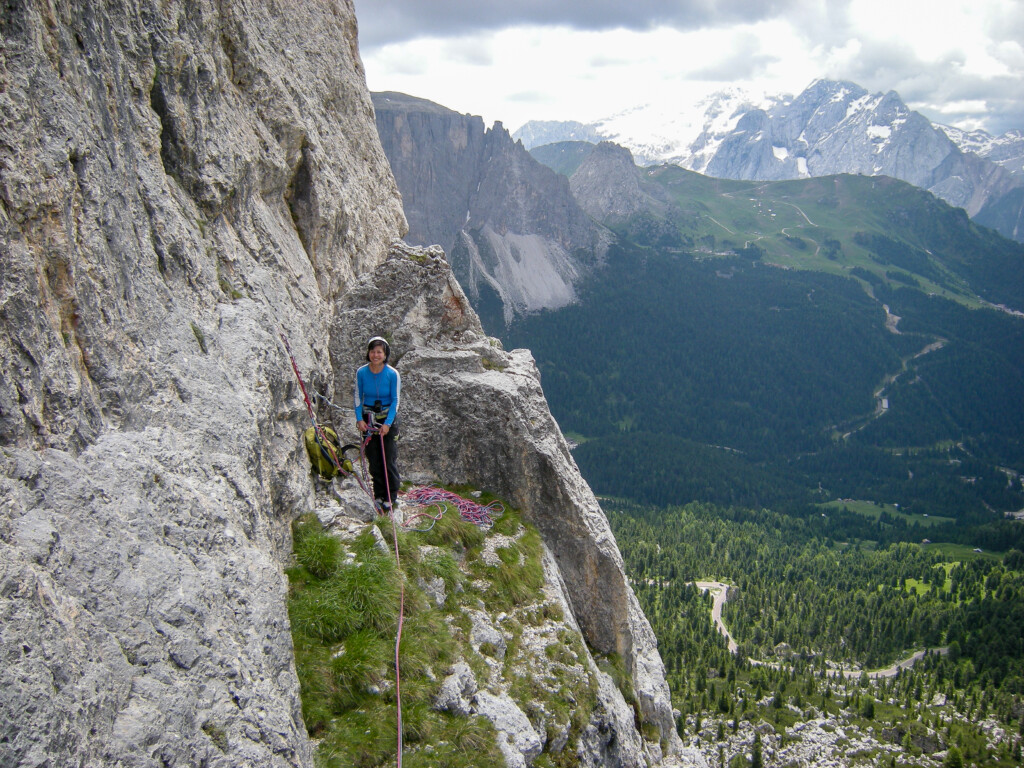 Looking back at Shirley from the start of pitch 4 of Tissi (July 2010). 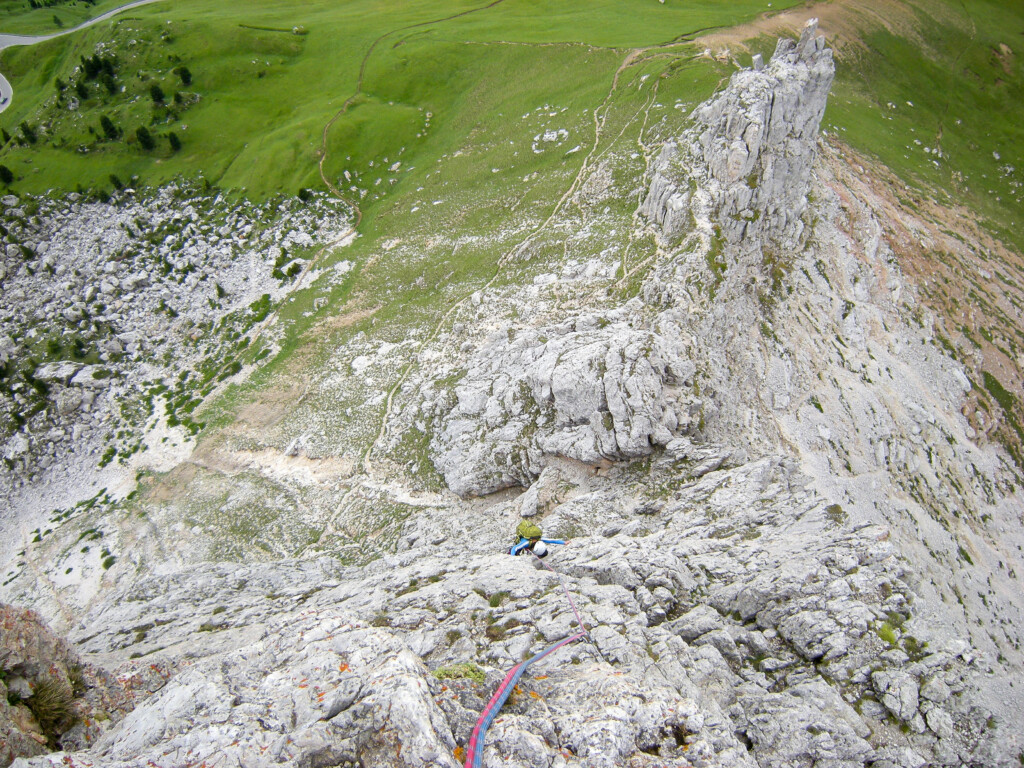 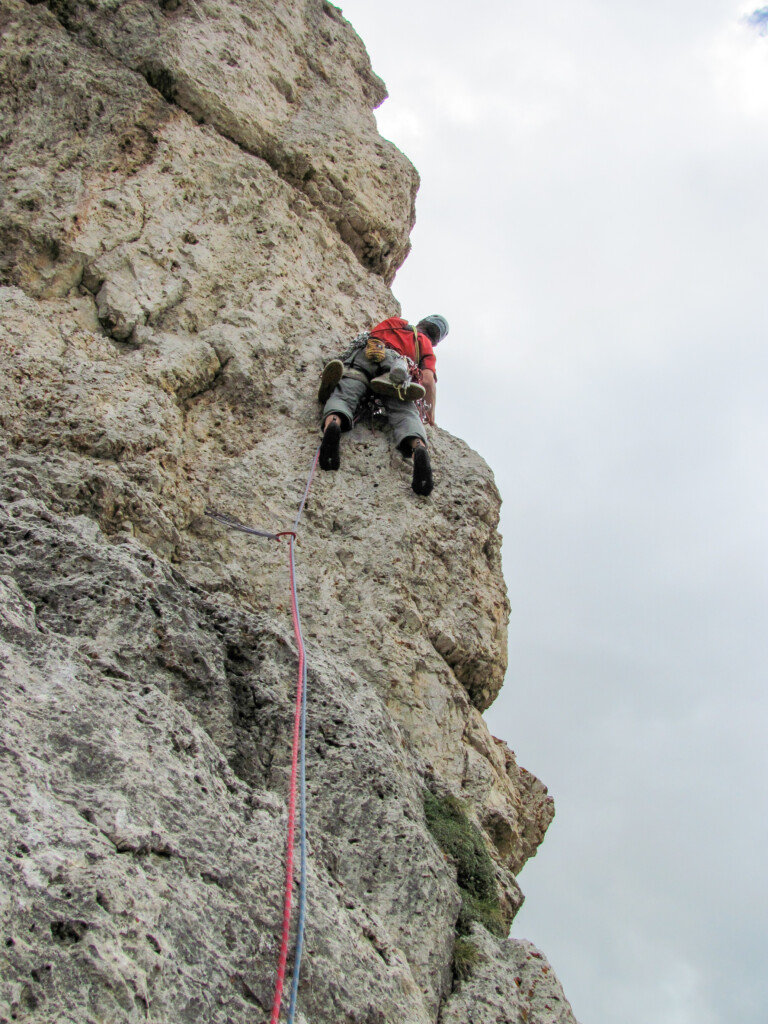 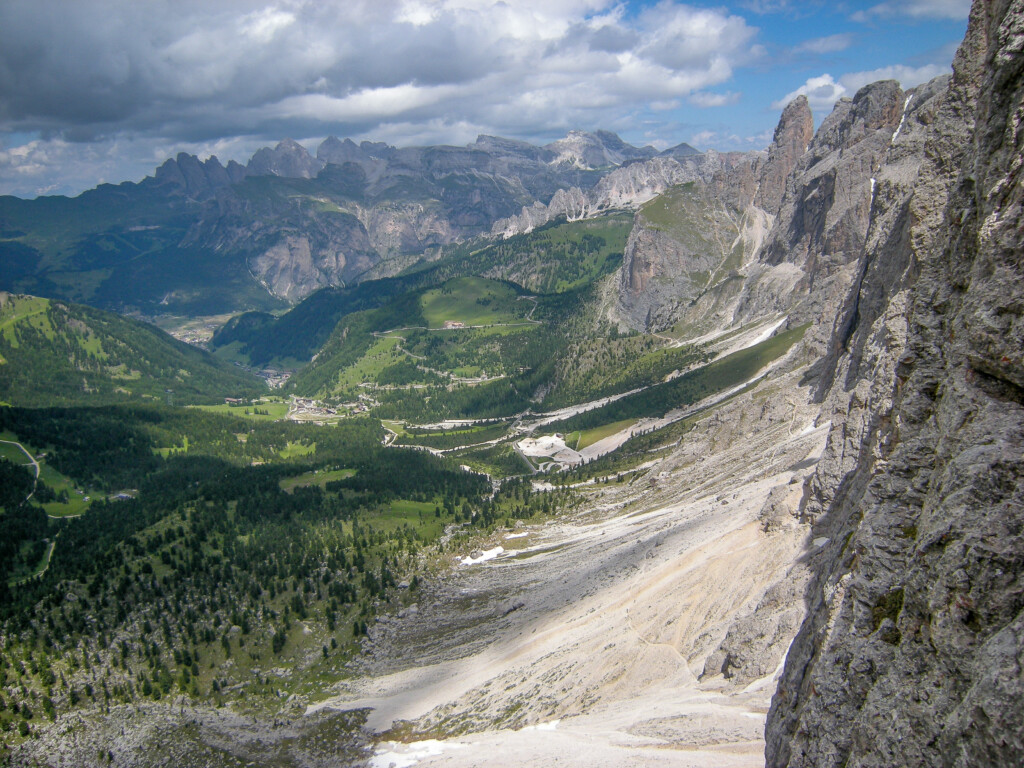 Looking NE from high on the Tissi route (though this might be the West Arete already…I screwed up near the top I think; July 2010). 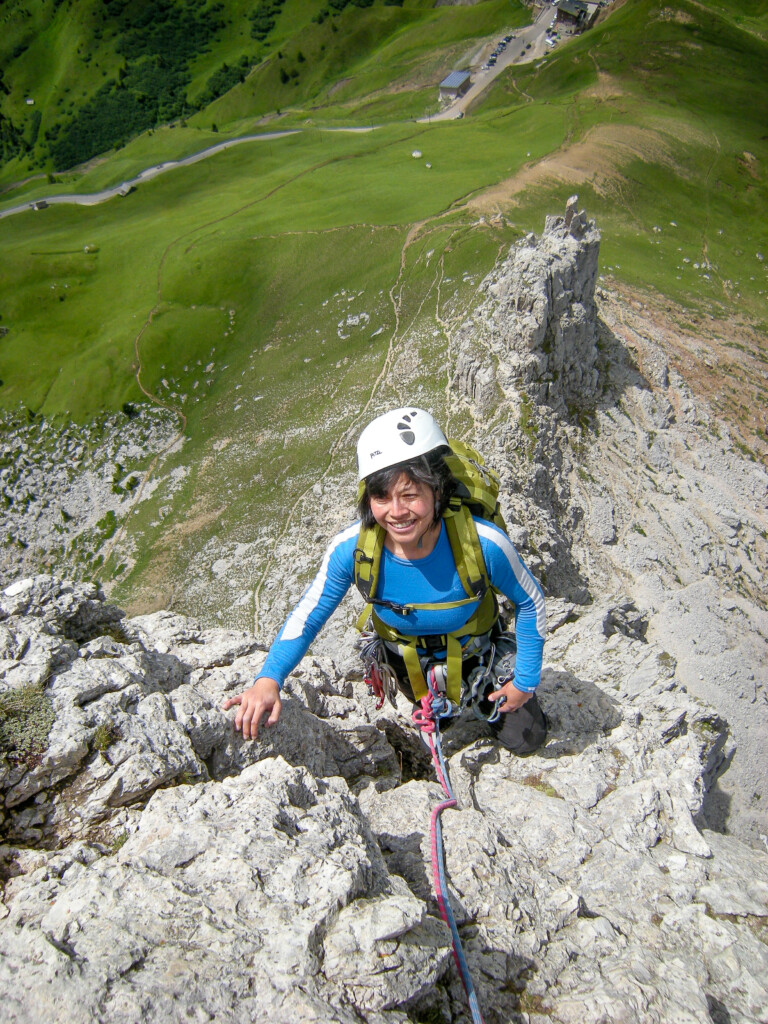 Shirley somewhere near the summit of First Sella Tower. We started on the Tissi route but I think we ended up on the West Arete near the top (oooops; July 2010). 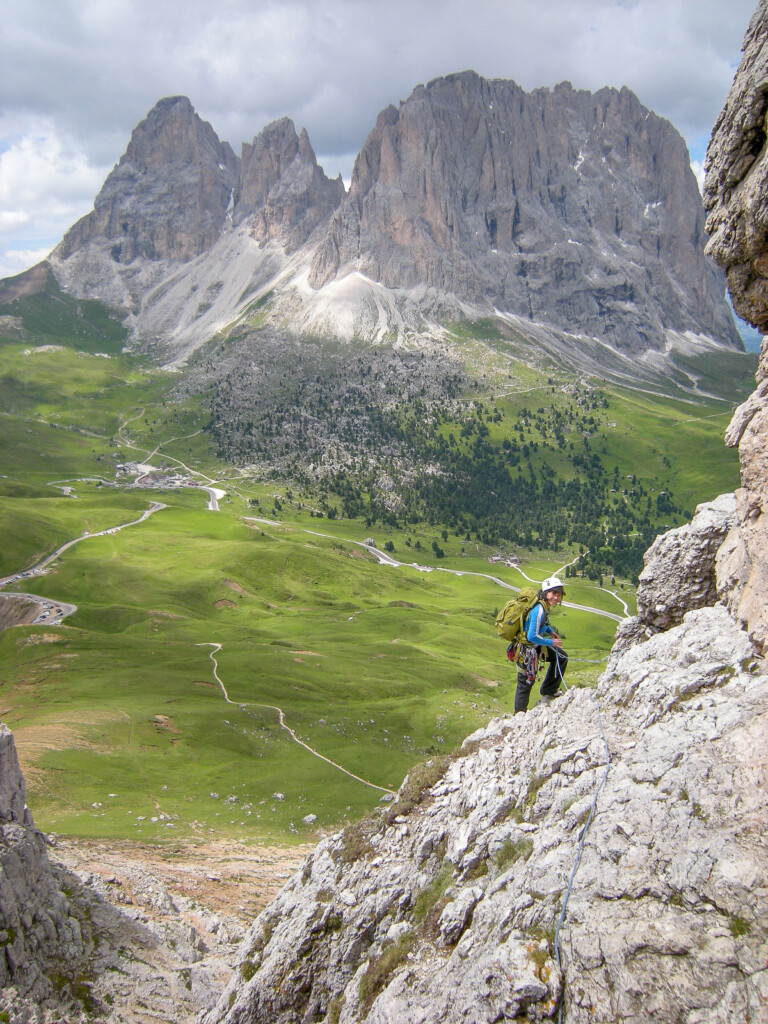 Shirley rapping the west ridge of the First Sella Tower after our climb of Tissi (or most of it anyway; July 2010). 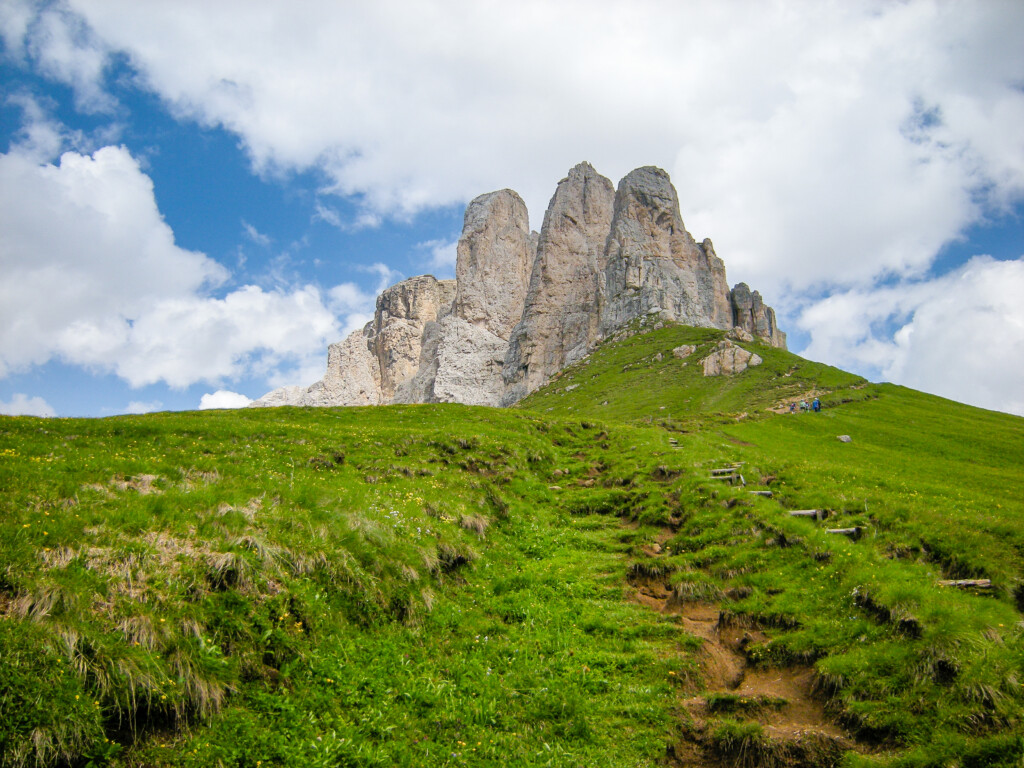 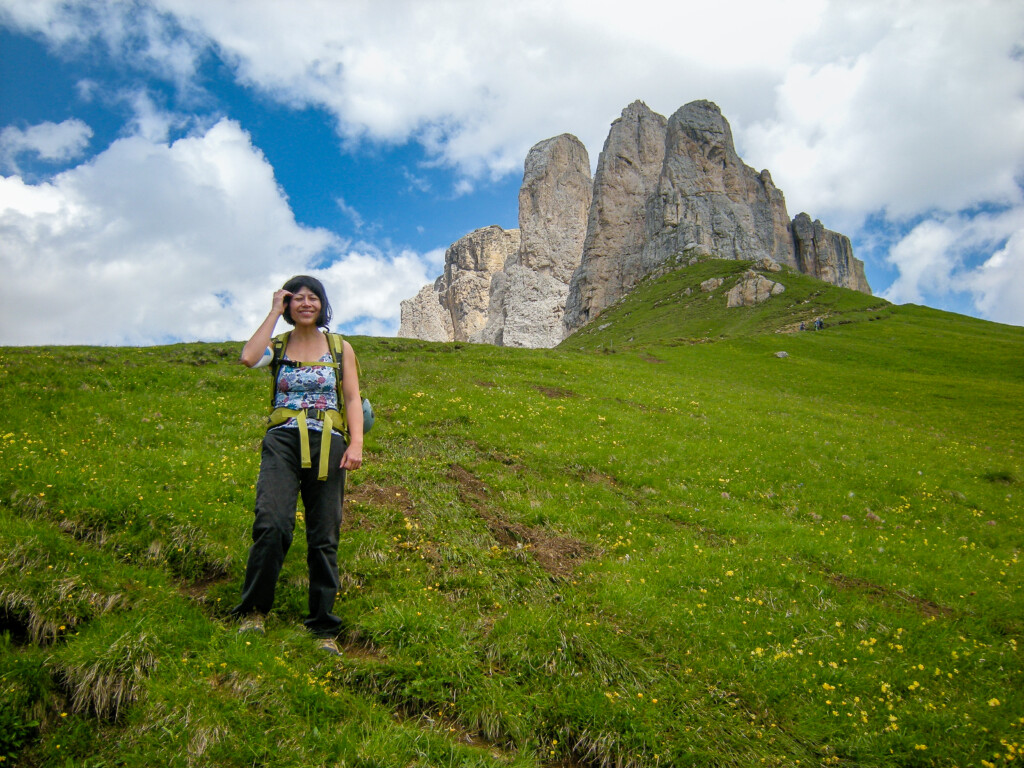 Go to Cima Piccolissima, Cassin.
Go back to Revisiting The Dolomites.