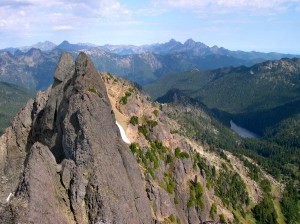 North Peak of Mount Stone from the main summit.

Shirley and I climbed this pretty mountain (via West Ridge a.k.a. “Route 1” per guidebook…3rd class scramble) on a semi-clear Saturday (September 6, 2003). We messed up on the approach and hiked too far on the trail before turning off towards St. Peter’s Gate. Shirley’s ankle (with a recently injured Achilles tendon) was acting up and so she stayed about 300 feet below the summit while I slogged up and tagged it. 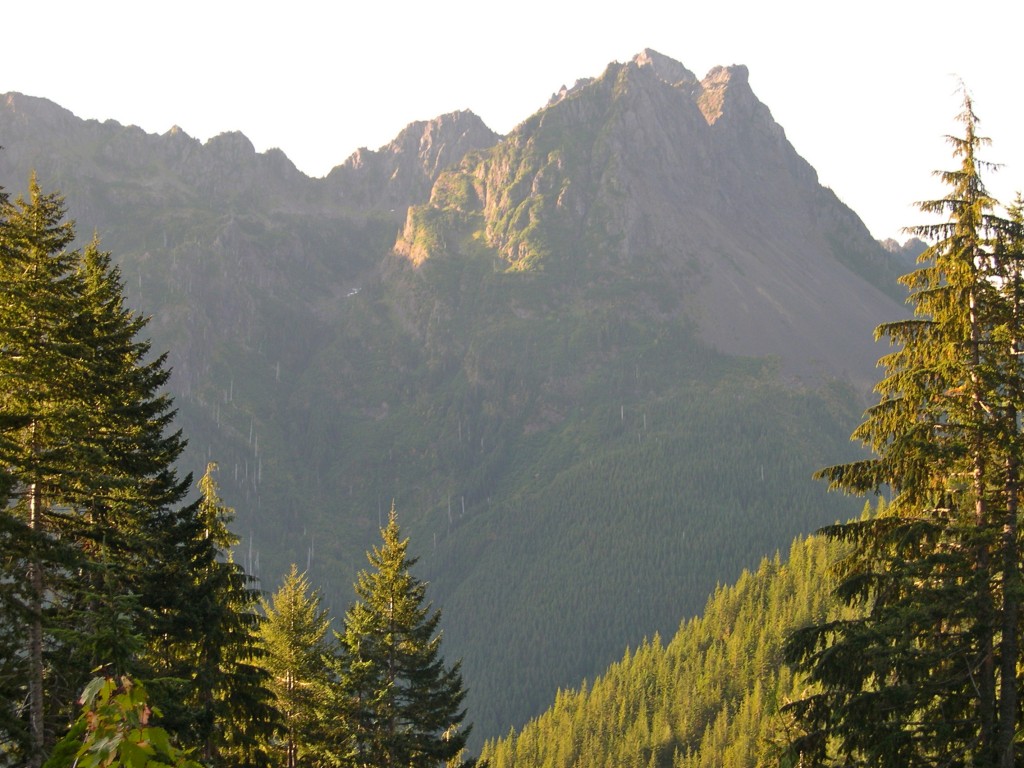 Mount Pershing as seen from low on the hike up Mount Stone (Sept. 2003). 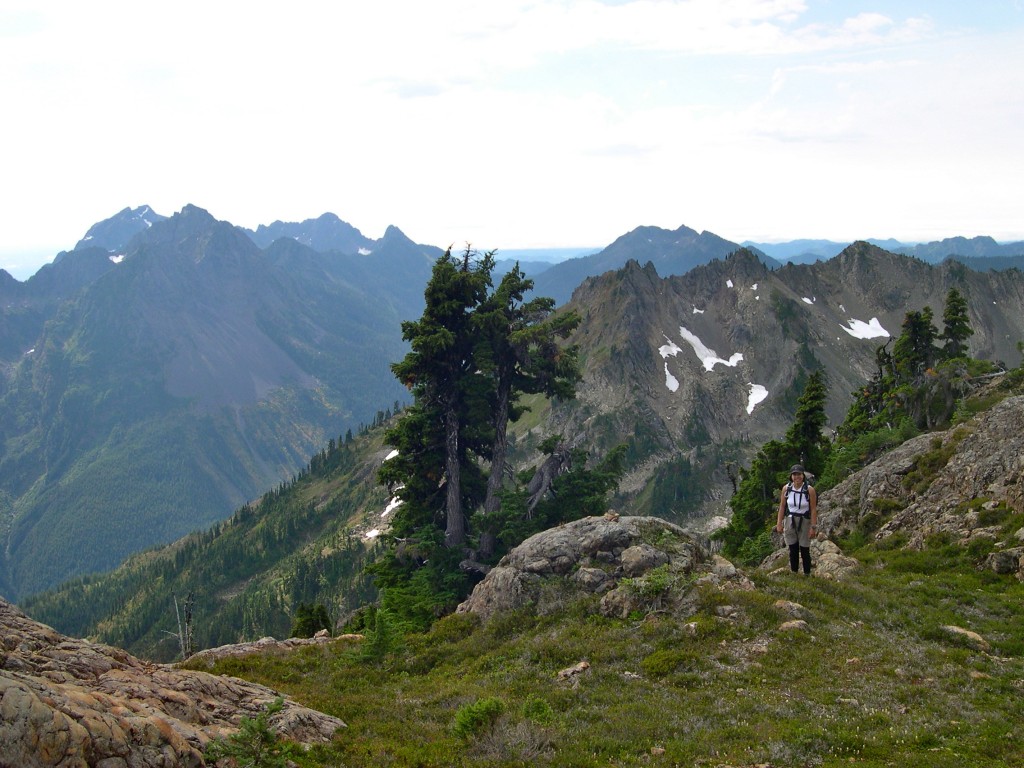 Shirley on the hike up Mount Stone ..somewhere above Lake Of The Angles and the summit (Sept. 2003). 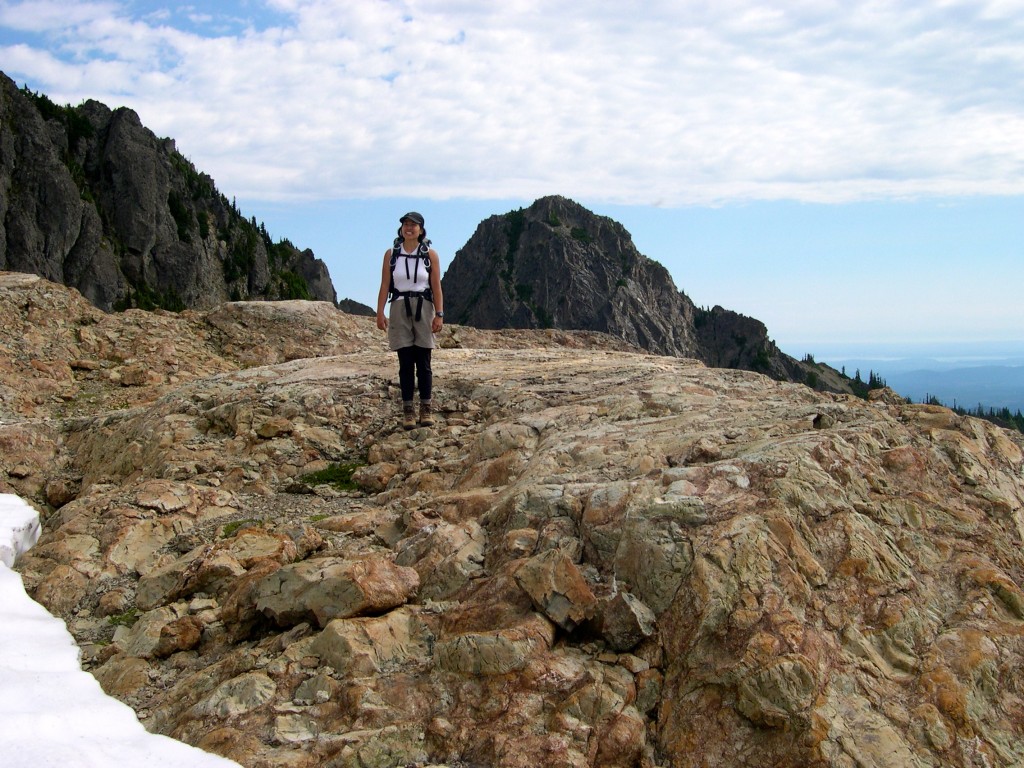 Shirley during our off-route adventure climb of Mount Stone. I think it's St. Peters Dome in the background (Sept. 6, 2003). 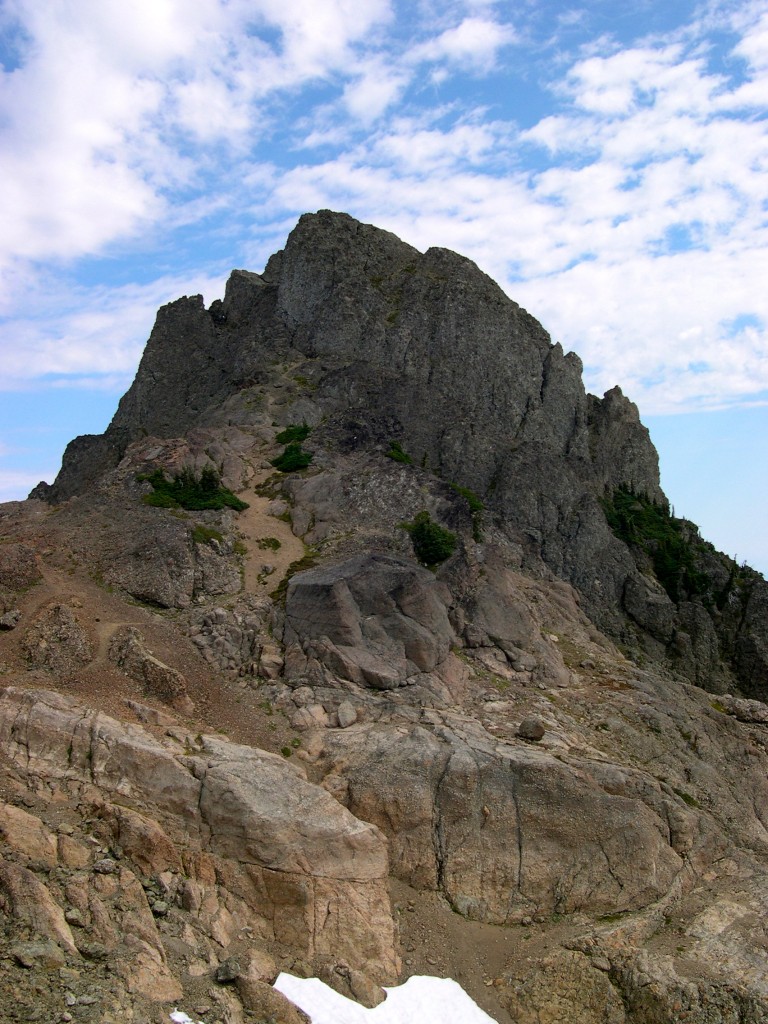 Summit block of Mount Stone as seen from the west ridge route. The "trail" ends above the highest of the bushes and is followed by some steep class 3 scrambling to the top (c. 150 - 200 feet; Sept. 2003). 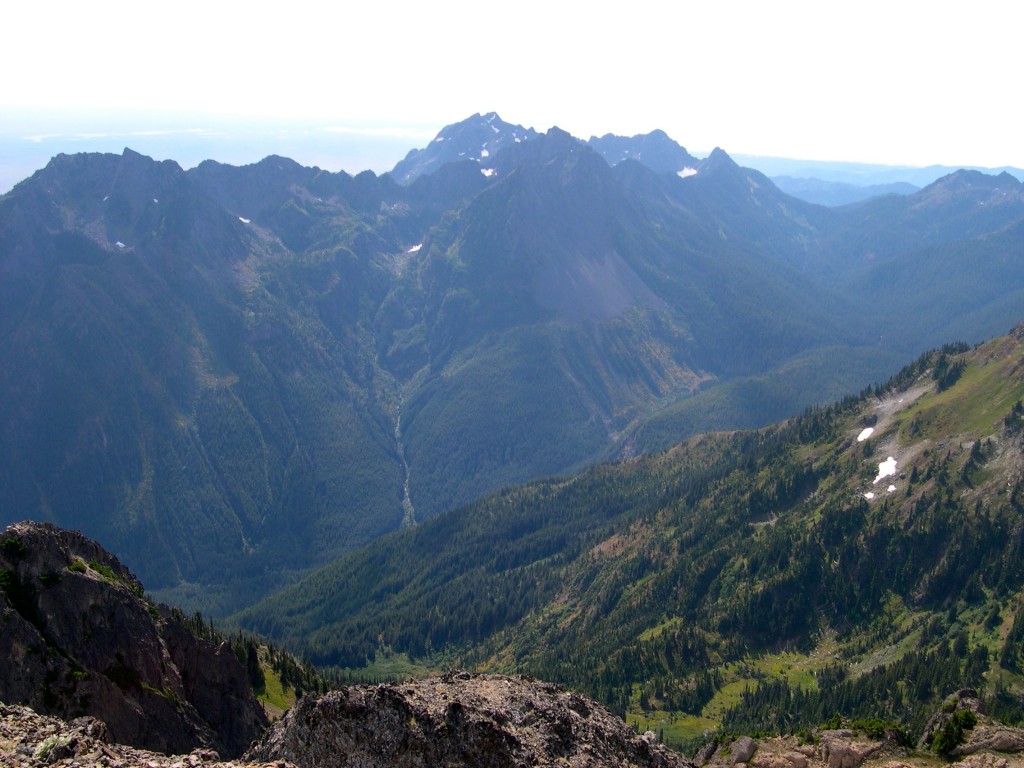 I think this is the Hamma Hamma River Valley with Mount Pershing beyond (Sept. 2003). 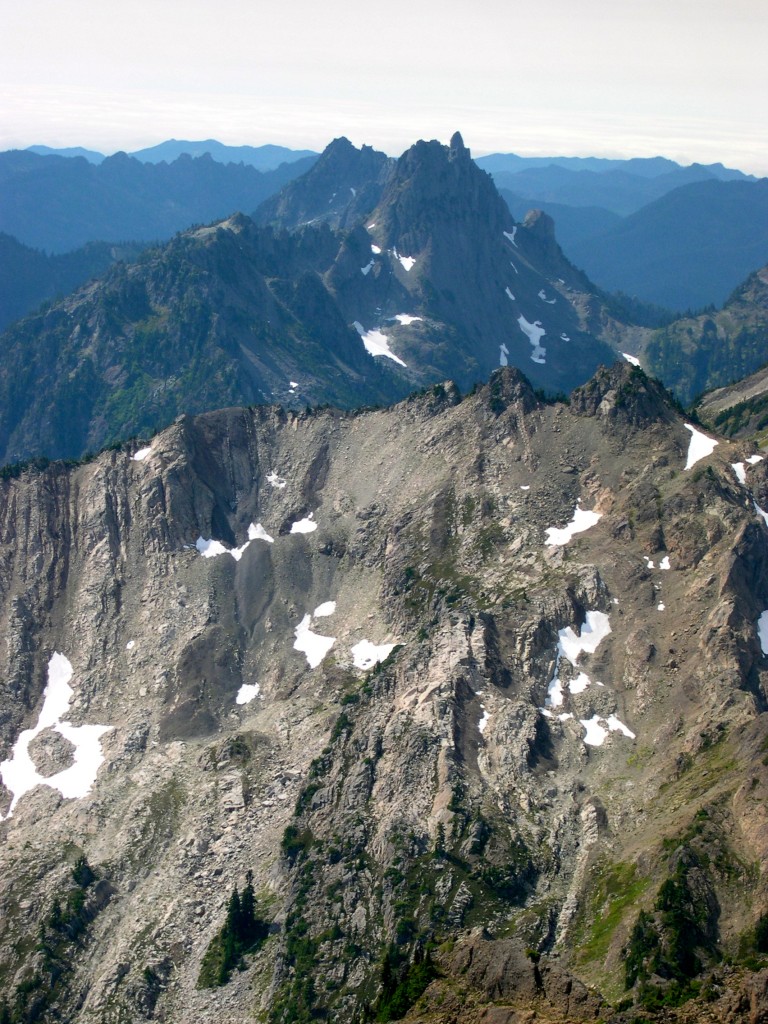 Looking at the Sawtooth Ridge off in the distance during descent from Stone. The sharp-pointed tower is Mt. Cruiser - the highpoint of the ridge (Sept. 6, 2003). 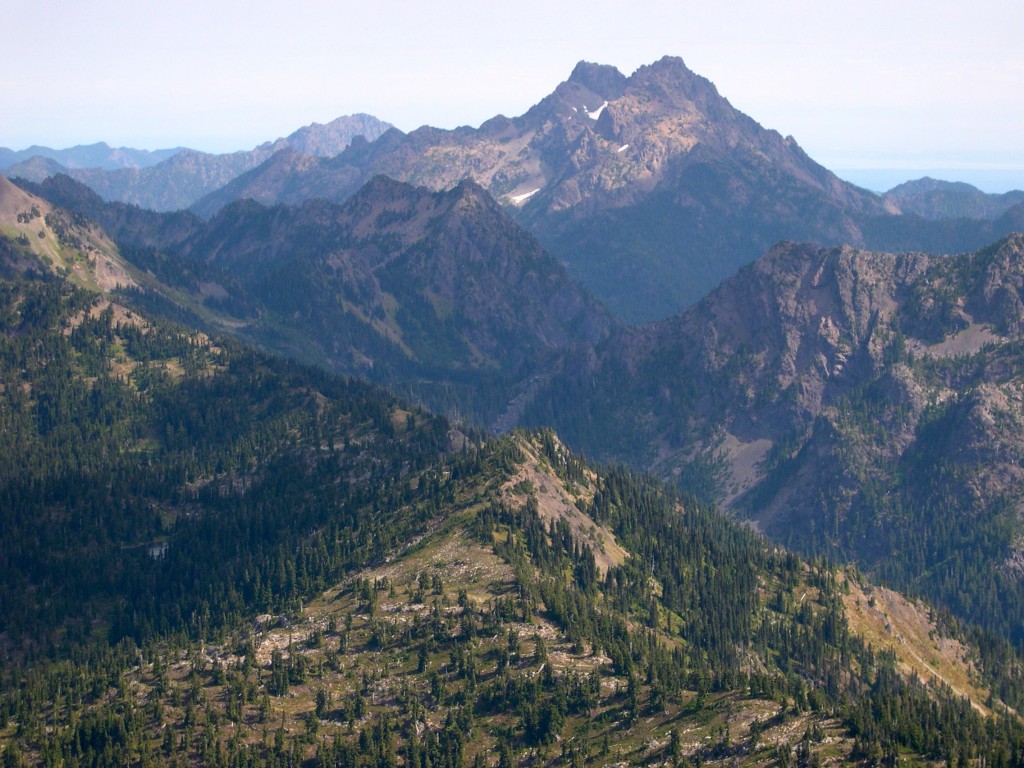 The Brothers from the summit of Mt. Stone with Mt. Jupiter on left in far background. Klenke provided some of the information for this caption. Alpendave also provided the following information: The ridge coming in from the right in the foreground is the false summit of Mt. Bretherton. Upper Lena lake lies at its base at the end of it. You can see the far shore of the lake below the slopes of Mt. Lena (in the sun at the left of the photo). The lake is between Lena and Bretherton (Sept. 6, 2003). 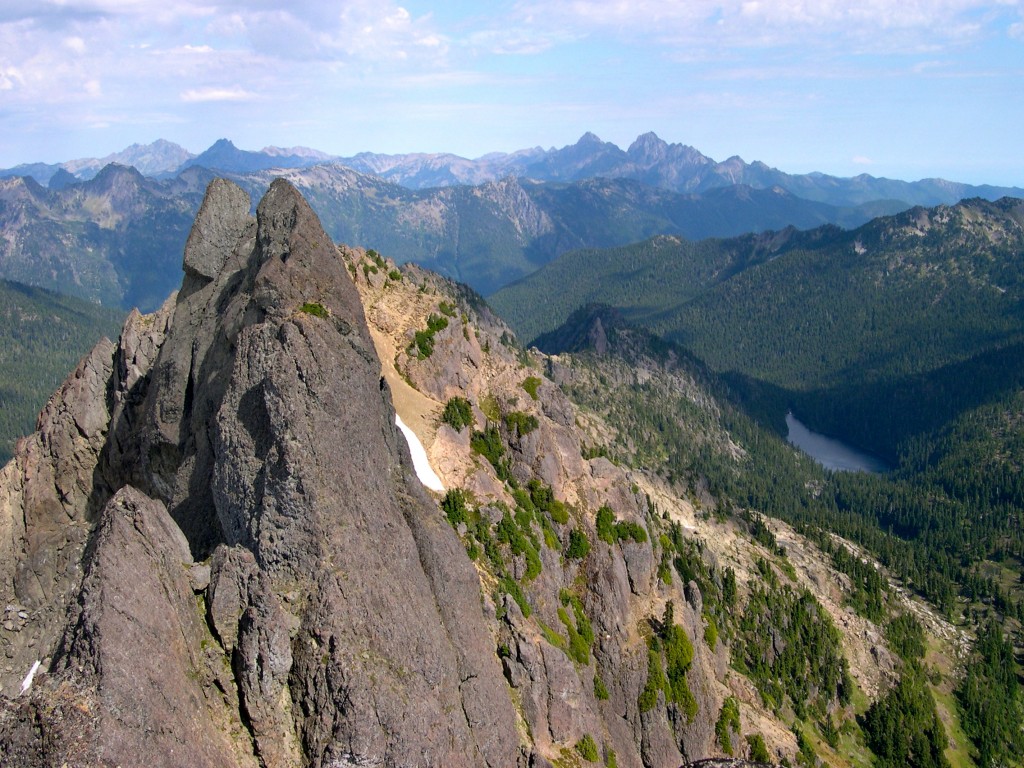 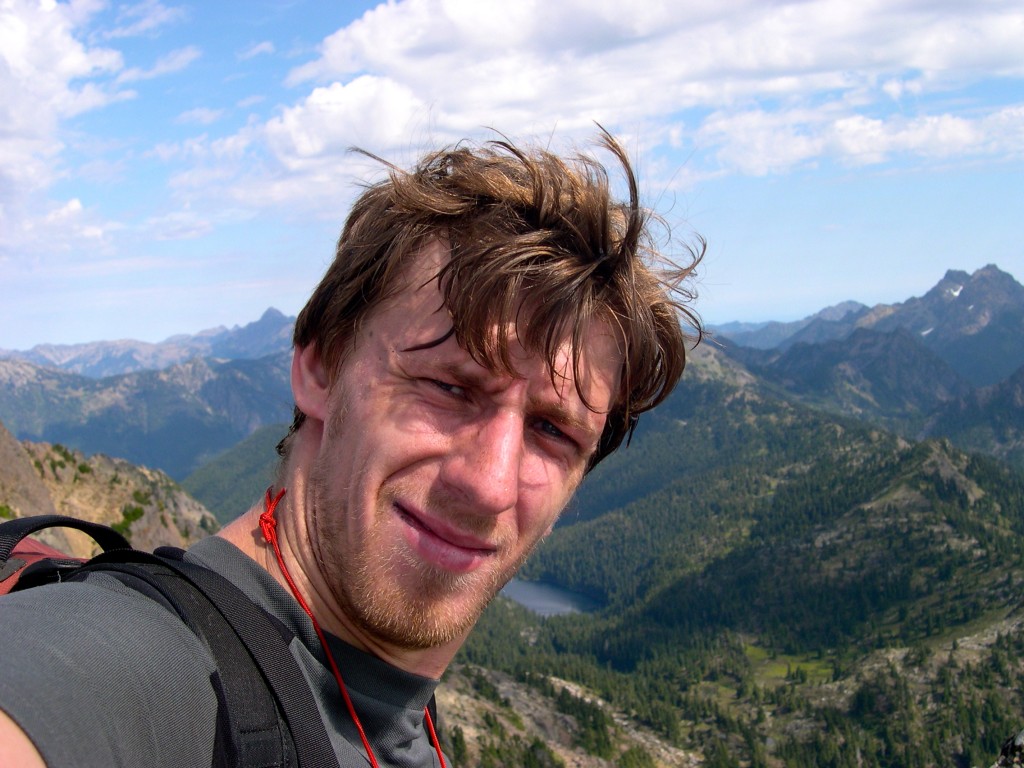 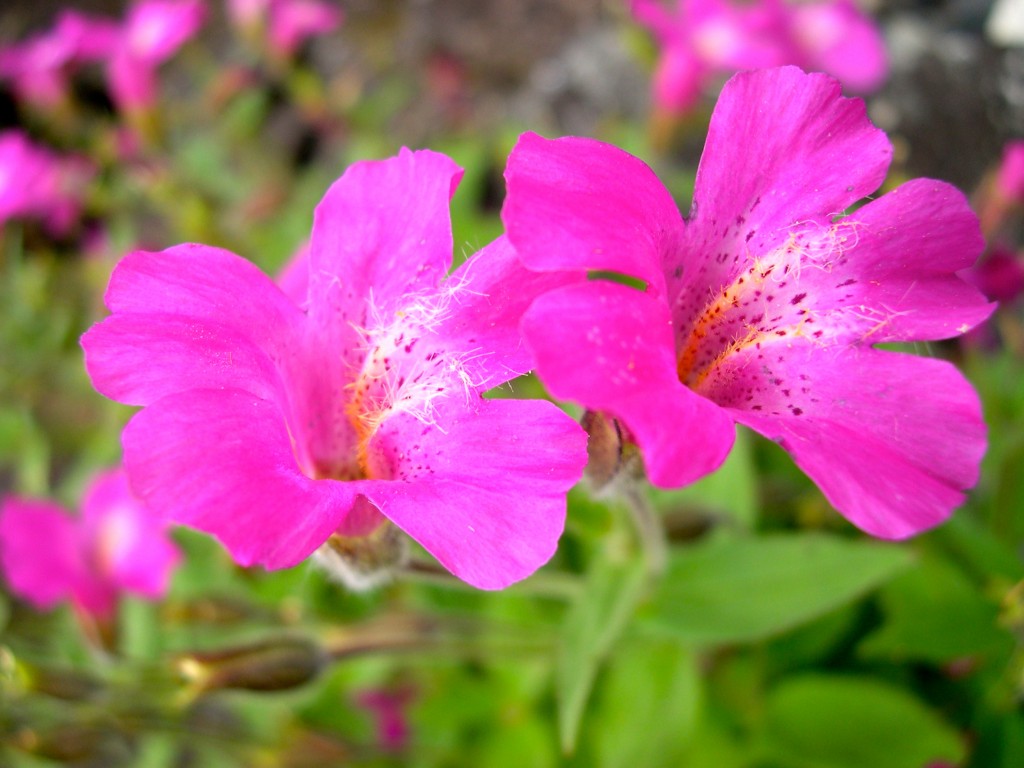 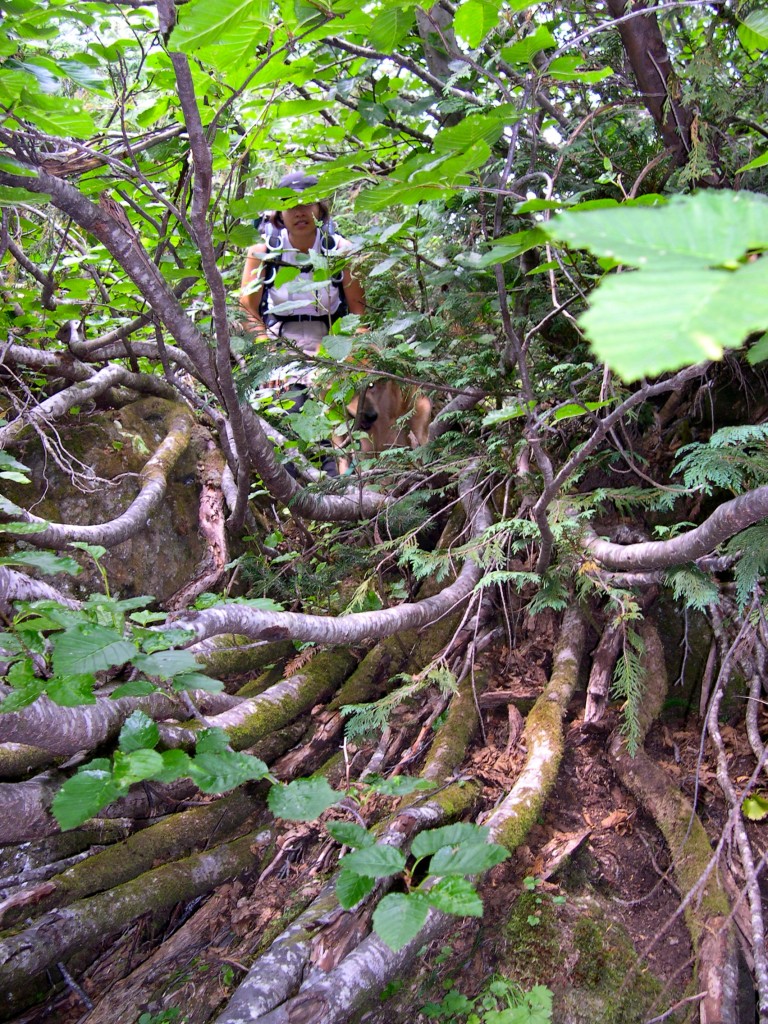 Bushwhacking on the way down from Mount Stone (Sept. 2003). 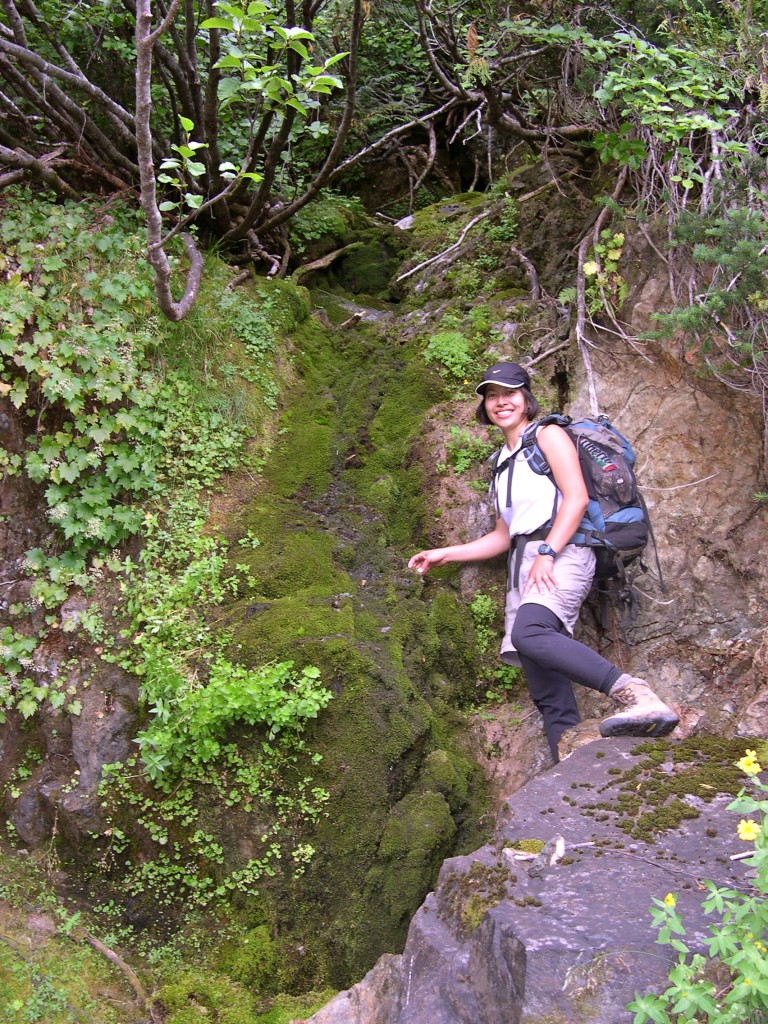 Our shortcut on the descent took us down some interesting terrain - like for example this mossy but short waterfall (excellent moss glisade, Sept. 6, 2003)