Go back to North Cascades page. 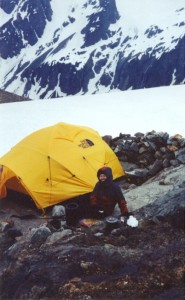 In September of 2002, Shirley, our friend Jeff, and I hiked up the Sahale Arm and climbed Sahale Mountain via the easy glacier route. We did rope up for the short 4th class bit of the summit pyramid (pile?). The views were of course spectacular and the weather perfect. In fact, Shirley and I had backedpacked in to the tip of the glacier a year earlier during our backpacking phase. 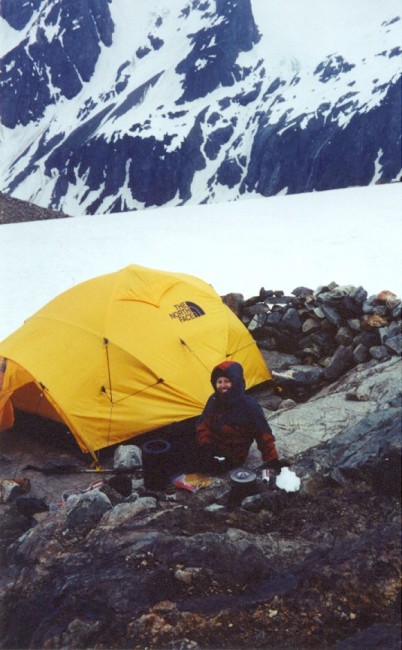 Overnighting it on the Sahale Arm in July (2001). The only thing taking away from the beauty of this backcountry campsite is the crowds. 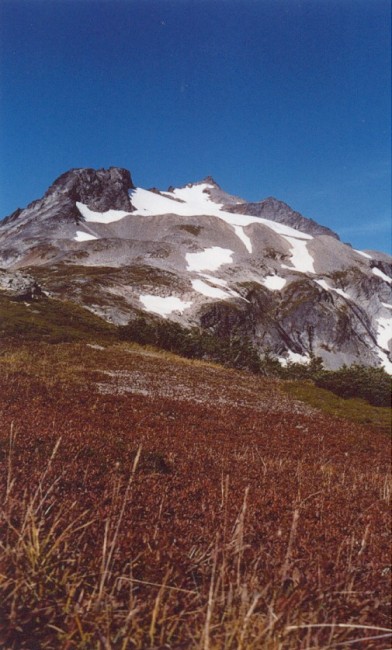 Sahale Peak from the Sahale Arm approach trail. The summit is the triangular pinnacle in the center. The rock scramble portion begins about 1/2 way between the upper edge of the glacier and the summit (v. short). 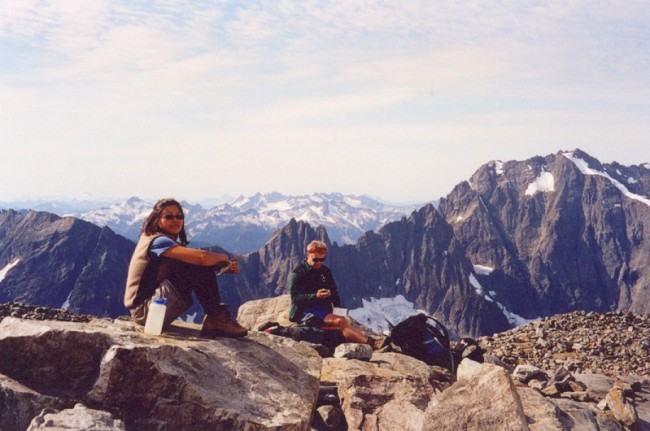 Relaxing at the foot of the Sahale Glacier. This is the location of a popular (hence very crowded throughout summer) backcountry campsite (Sept. 2002). 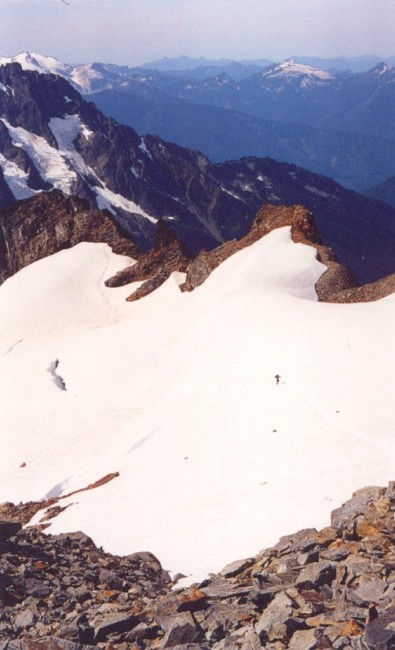 Sahale Glacier from below the summit - notice the tiny climber ascending the glacier and the large crevasses. 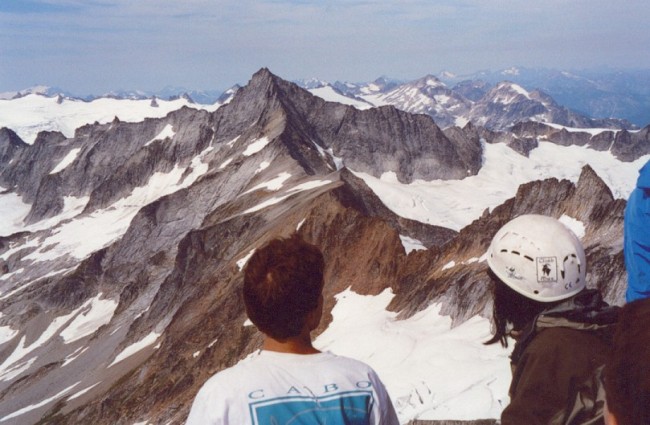 Admiring the sharp features of Forbidden from a crowded summit of Sahale Peak (Sept. 2002). 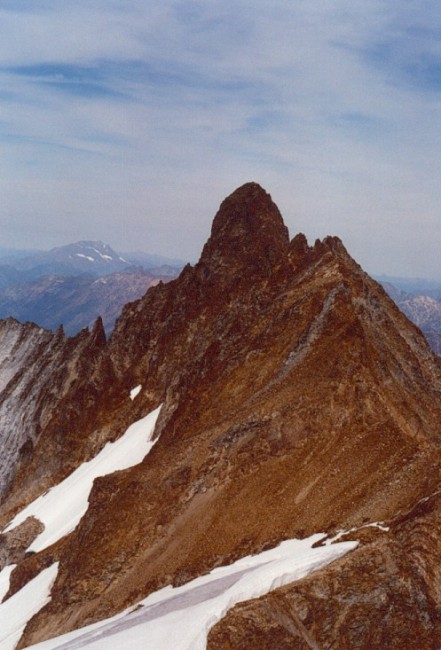 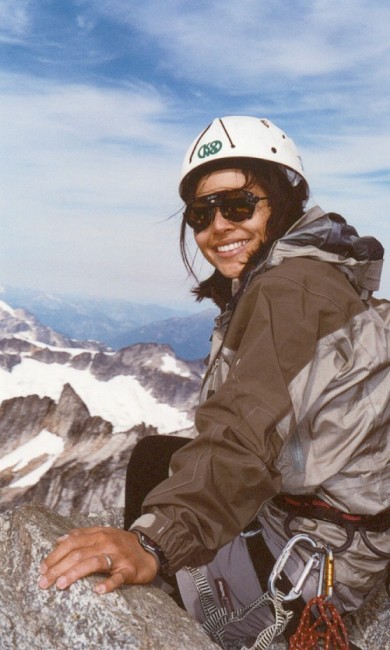 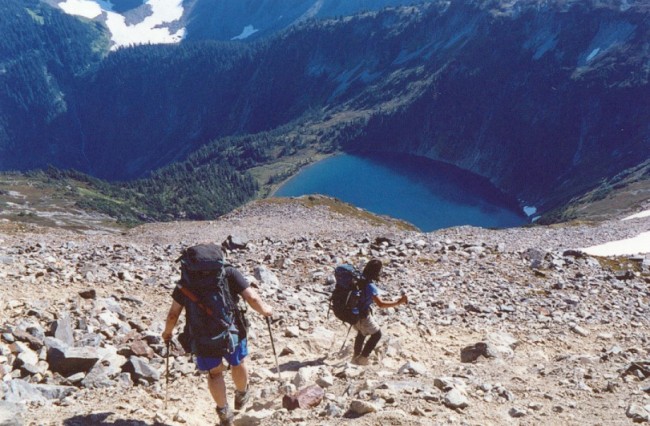 Descending the scree below summit pinnacle towards Sahale Glacier (Sept. 2002).

Go back to North Cascades page.