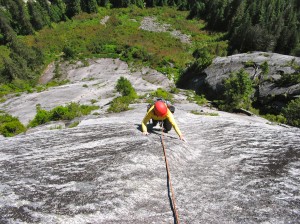 Shirley and I climbed Total Soul (8 pitch, 5.10b) yesterday after getting rained off for the millionth time on Saturday at Washington Pass. We thought of linking up Total Soul and Silent Running. We were still motivated to do SR as we were topping out on Total Soul, but after rapping we saw 2 parties at the lower belays on the route (and were also pretty tired….the 2 parties just provided a convenient excuse for not jumping on Silent Running).

Awsome route! The climbing was challenging but not impossible. Protection on harder stuff is perfect. All bolts looked beefy and new. The route crux (for me) was the 2nd 5.10b pitch: 15-20 foot high angle friction slab took me 1 slip before I got it right. The first 10b section was shorter. Route calls for running it out a bit on 8-ish terrain (a little of that esp. on P7) – nothing terrifying. Stats for that day: us only on TS; 3 parties on Silent Running! 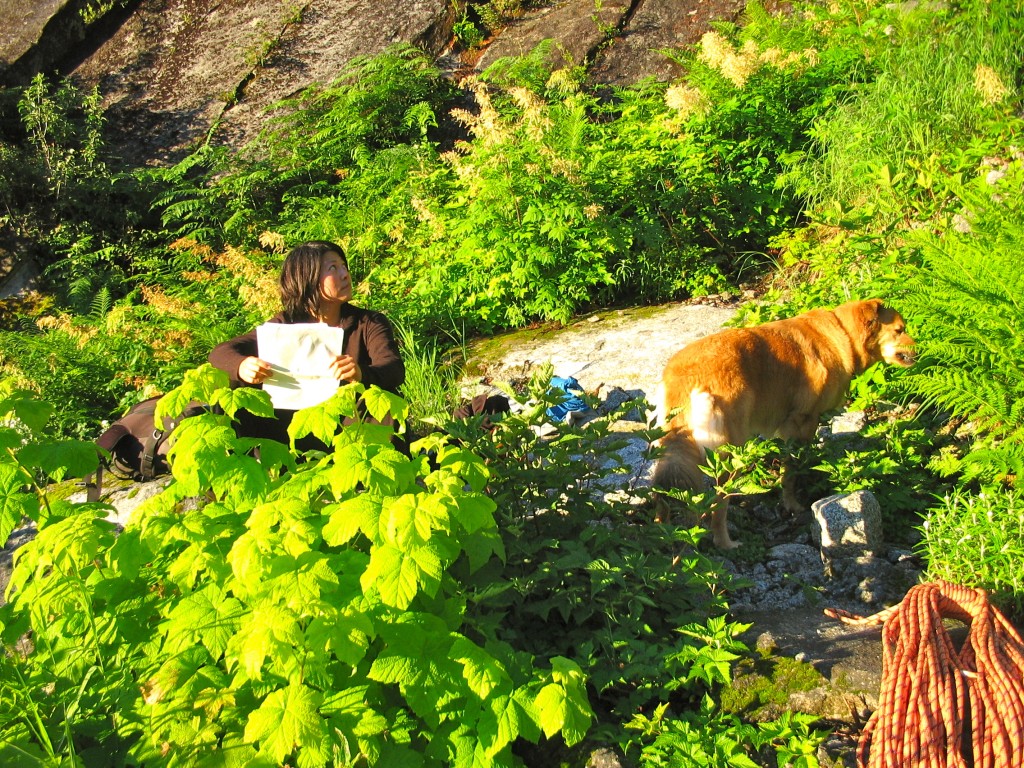 Shirley scoping out the Total Soul route and topo at the base while Blondie's tapping some blueberries (July 2005). 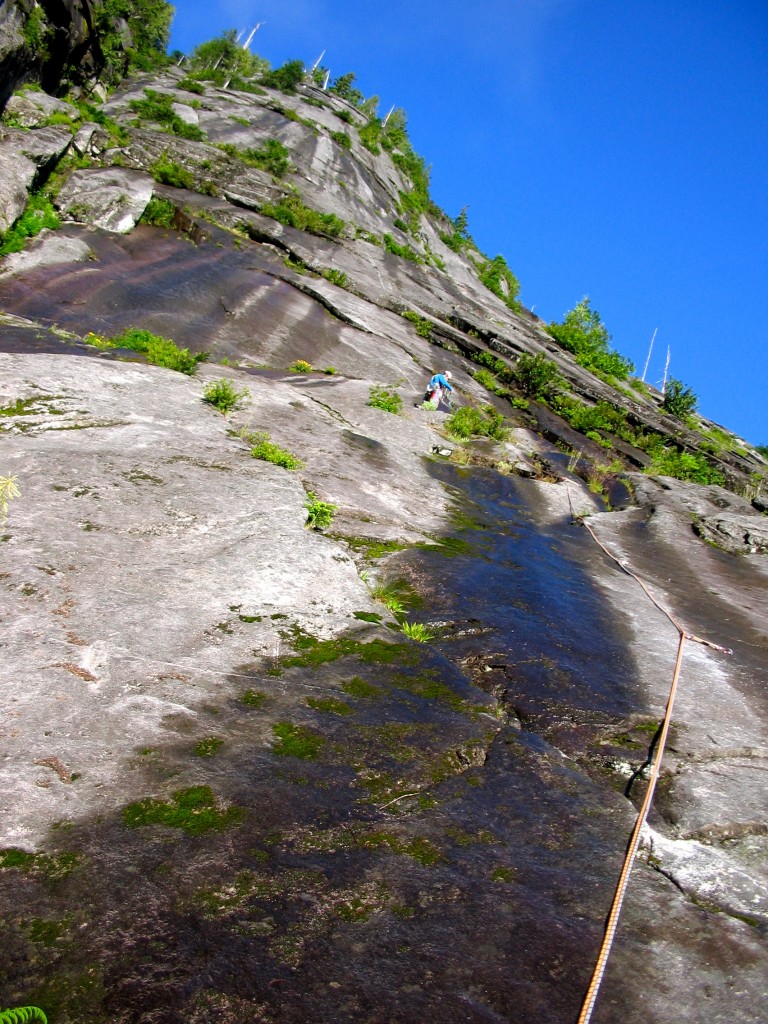 Leading pitch 1 of Total Soul. This first pitch or two involved dodging wet spots but things dried up higher/later in the day (July 18, 2005). 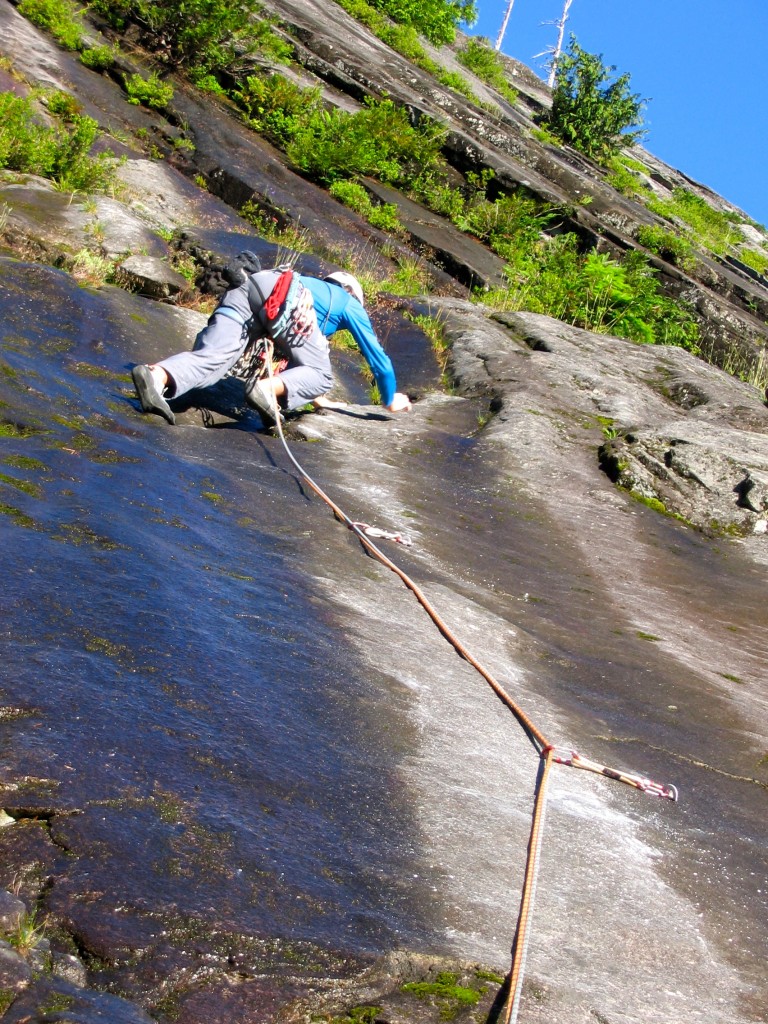 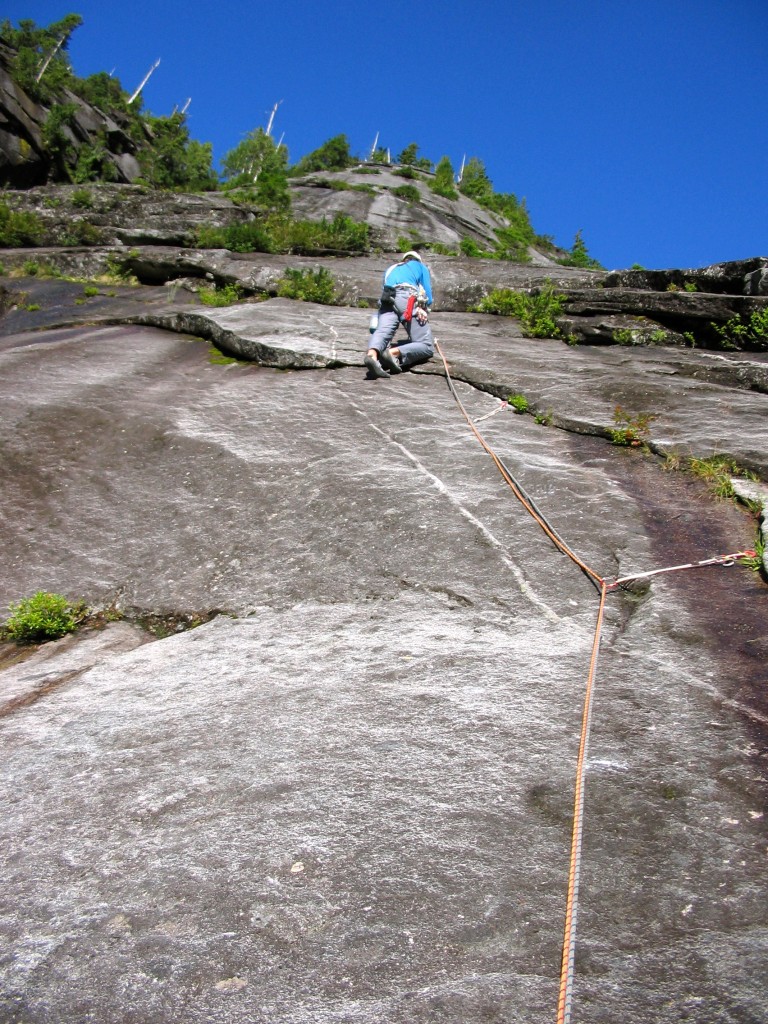 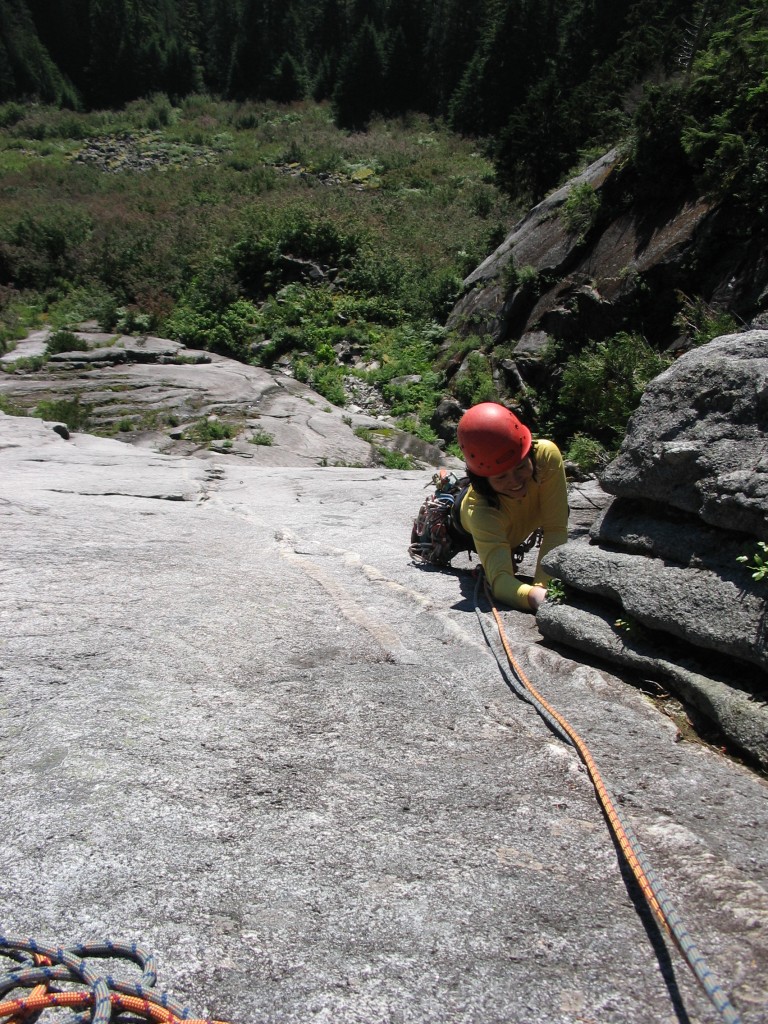 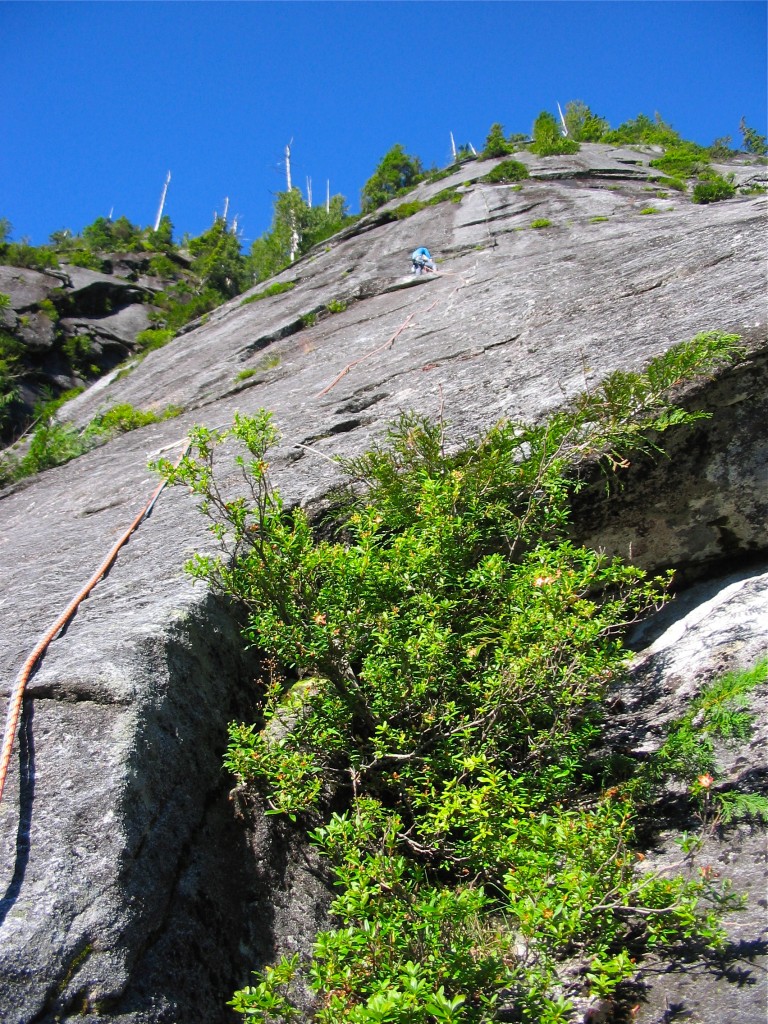 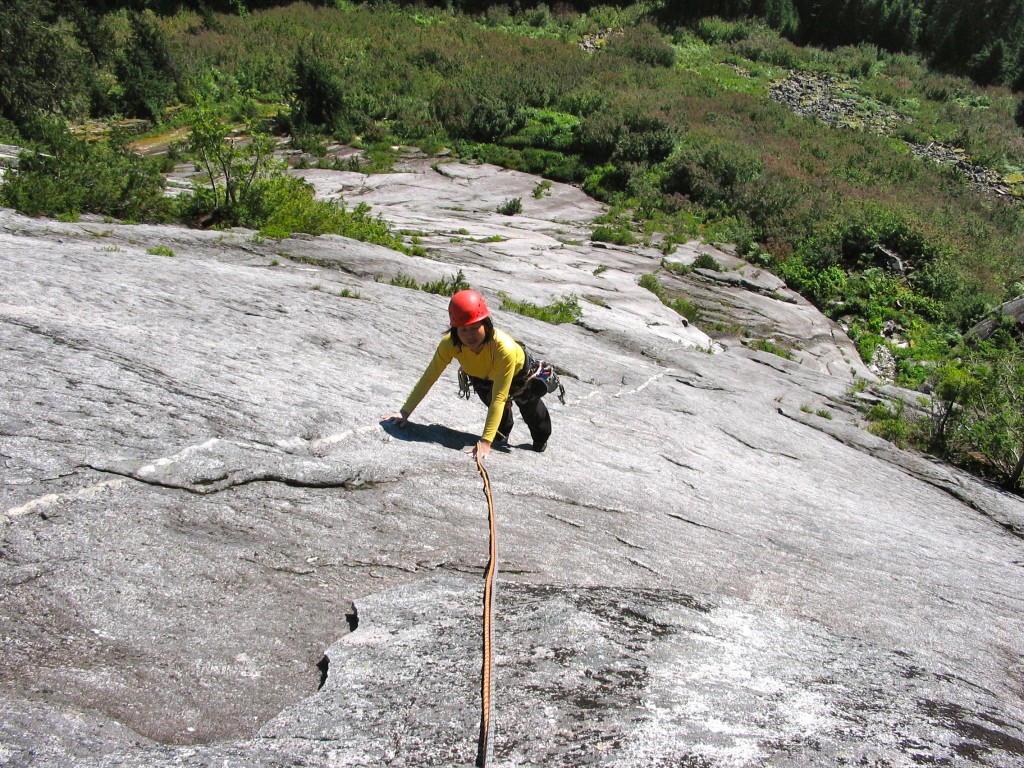 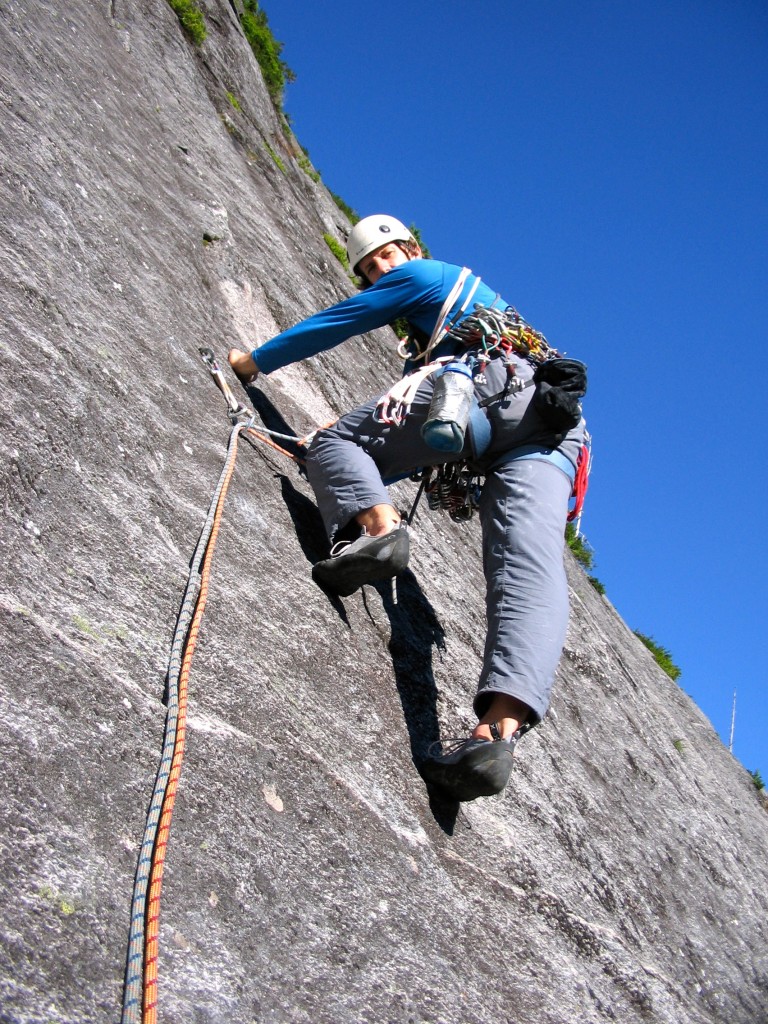 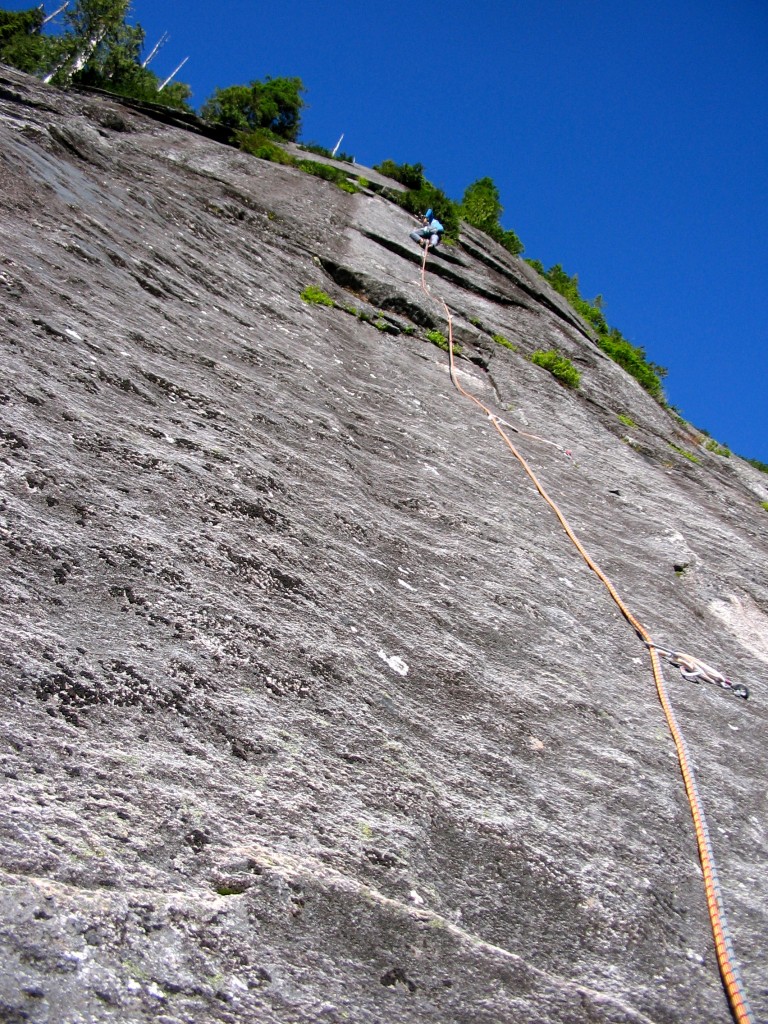 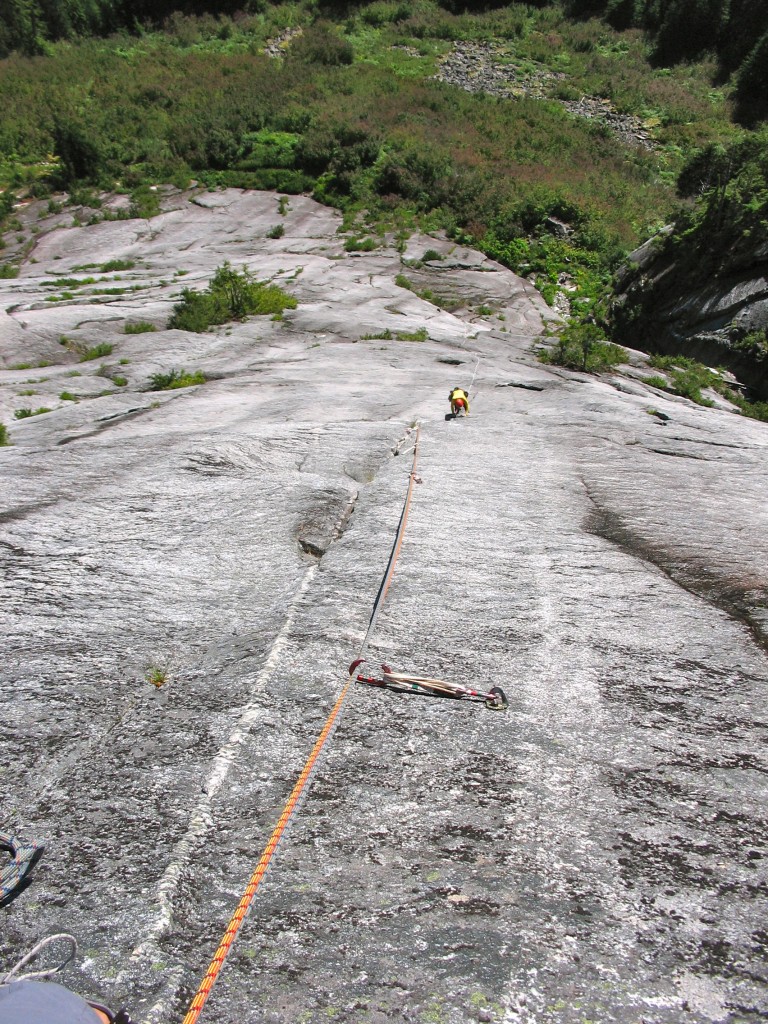 Shirley starting up the very nice pitch 4 of Total Soul: some slab and some fun crack (July 2005). 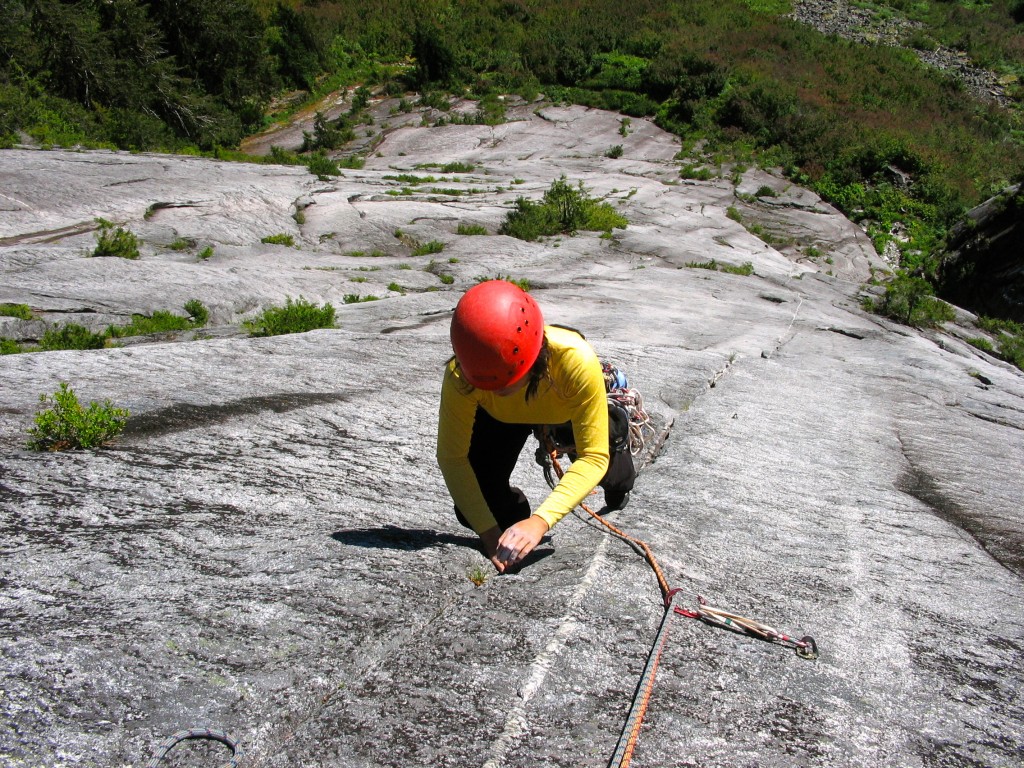 Shirley approaching the top of pitch 4 of Total Soul - a 5.9 finger crack and friction pitch (5.9+ acc. to Nelson and Potterfield). Fun pitch. Note the white dike marking the lower portion of the route (July 18, 2005). 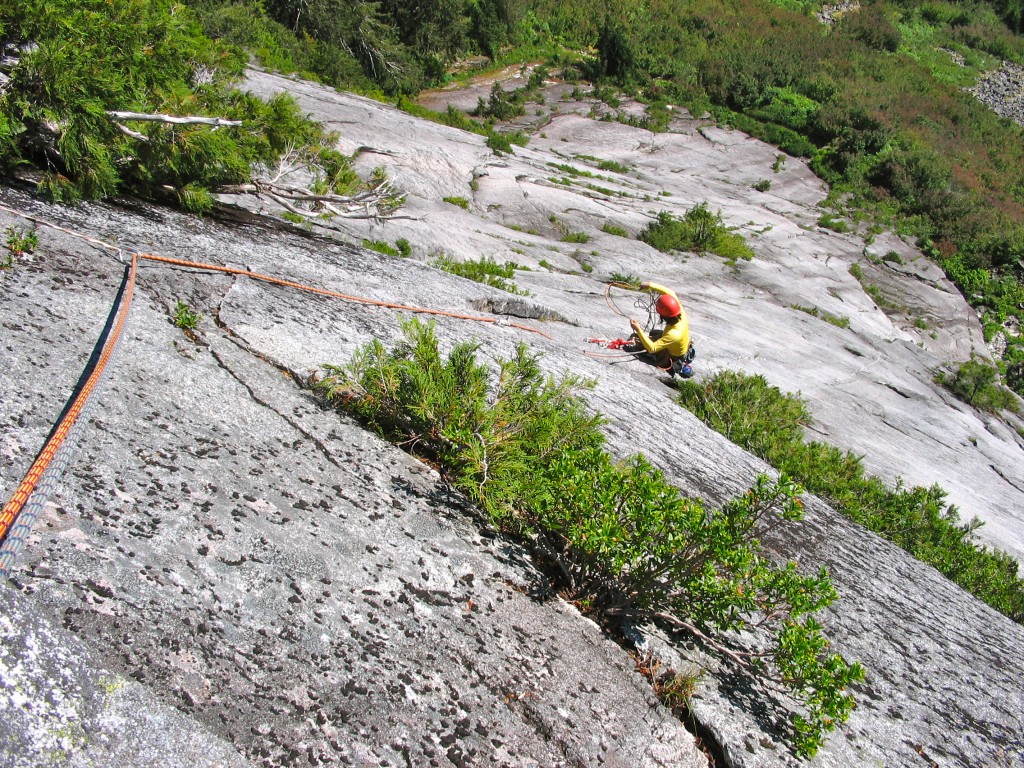 Looking back at Shirley from the lead of pitch 5 of Total Soul. This is the first 5.10- pitch and is easier (IMHO) than the final one. We did the standard version of the pitch vs. the harder "Superfly" variation (July 2005). 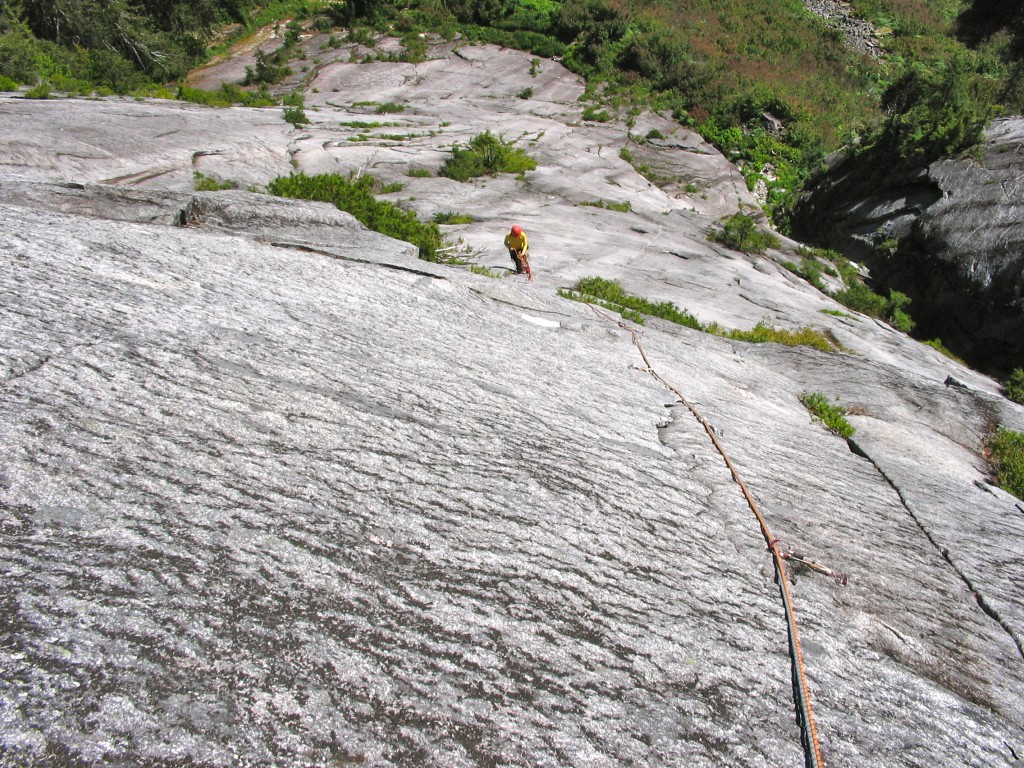 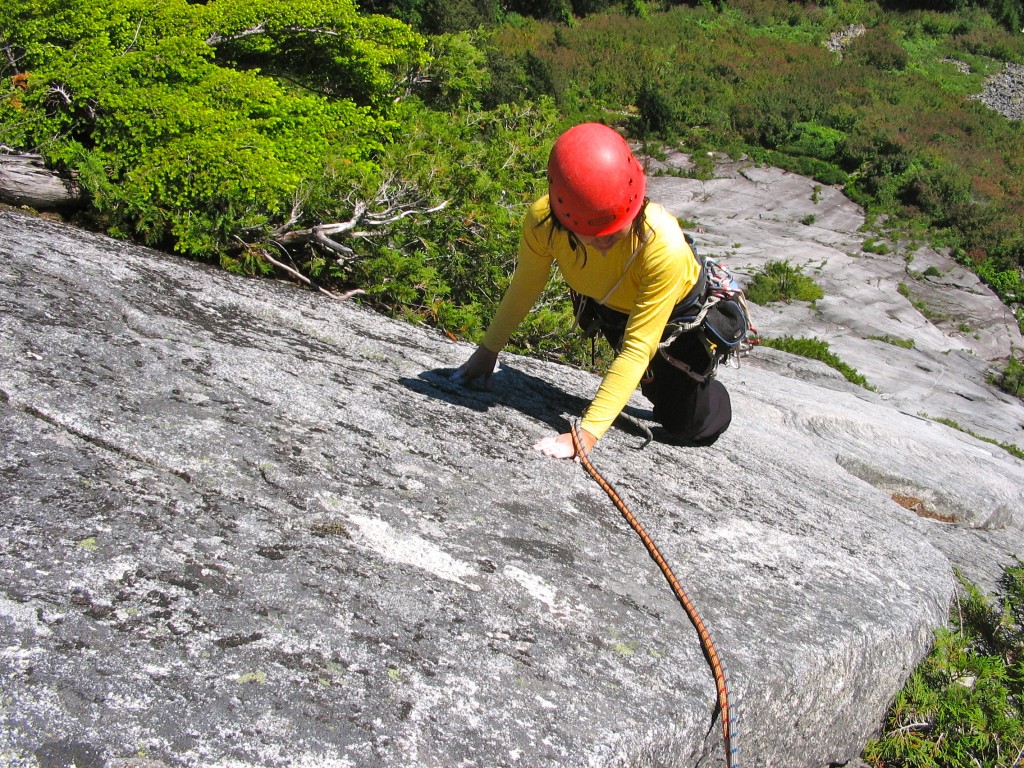 Shirley on the final friction moves (5.10 acc. to Nelson and Potterfield) of pitch 5 of Total Soul (this short section is shared by Superfly and Antifly Variations of the pitch; July 18, 2005). 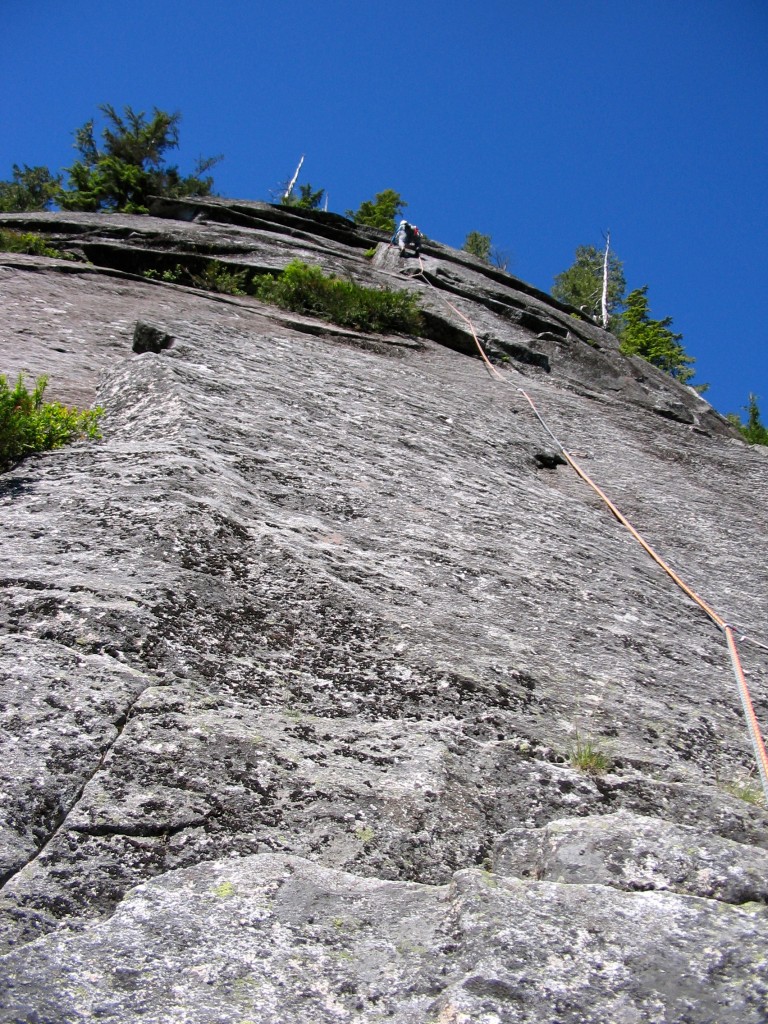 Leading the crux pitch 6 of Total Soul (5.10b). Where I am in the shot is the thick of it: a high angle friction section that's only about 15 feet high and well protected by two bolts. Pulling the "overlaps" or roofs is relatively easier (July 18, 2005). 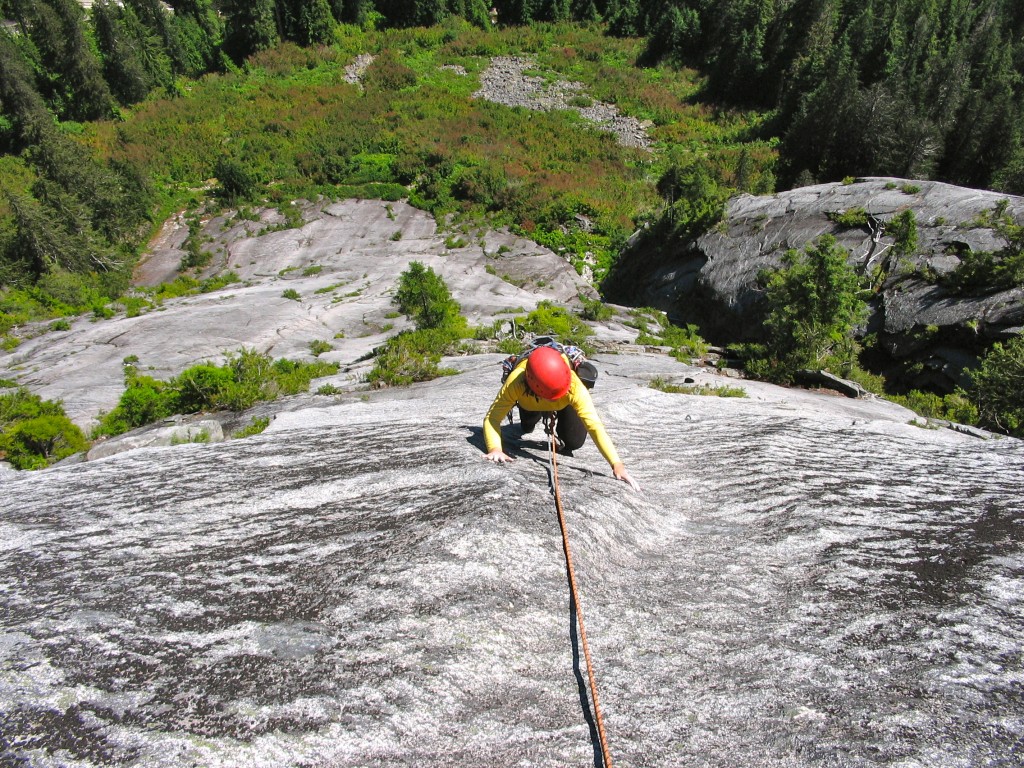 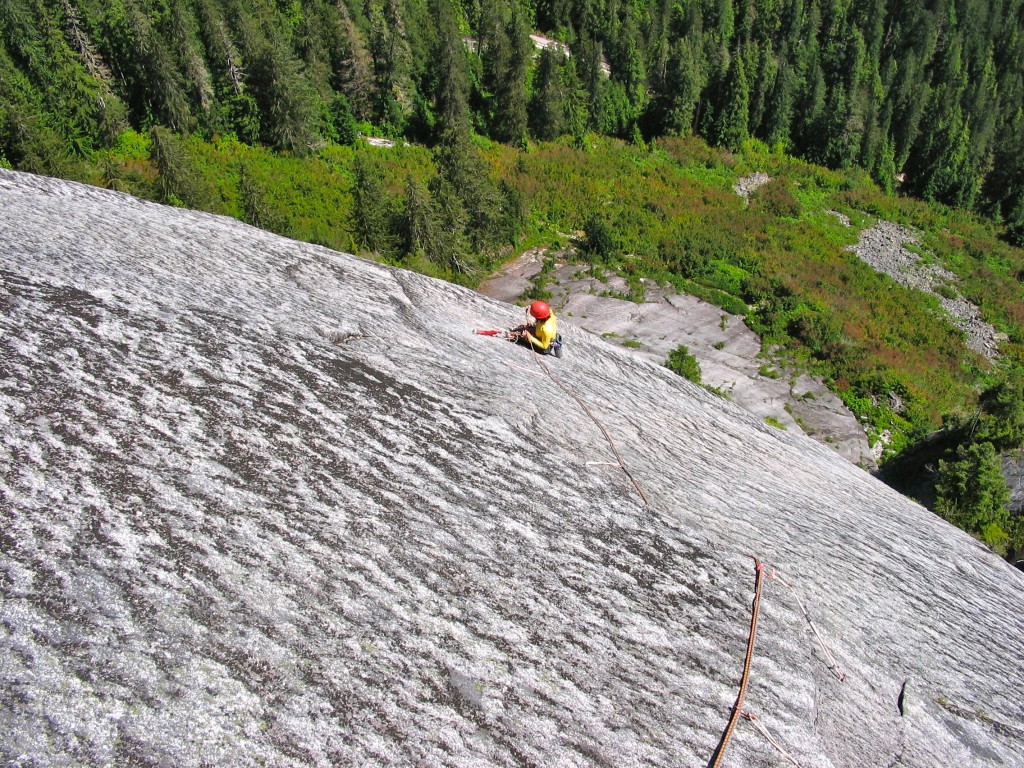 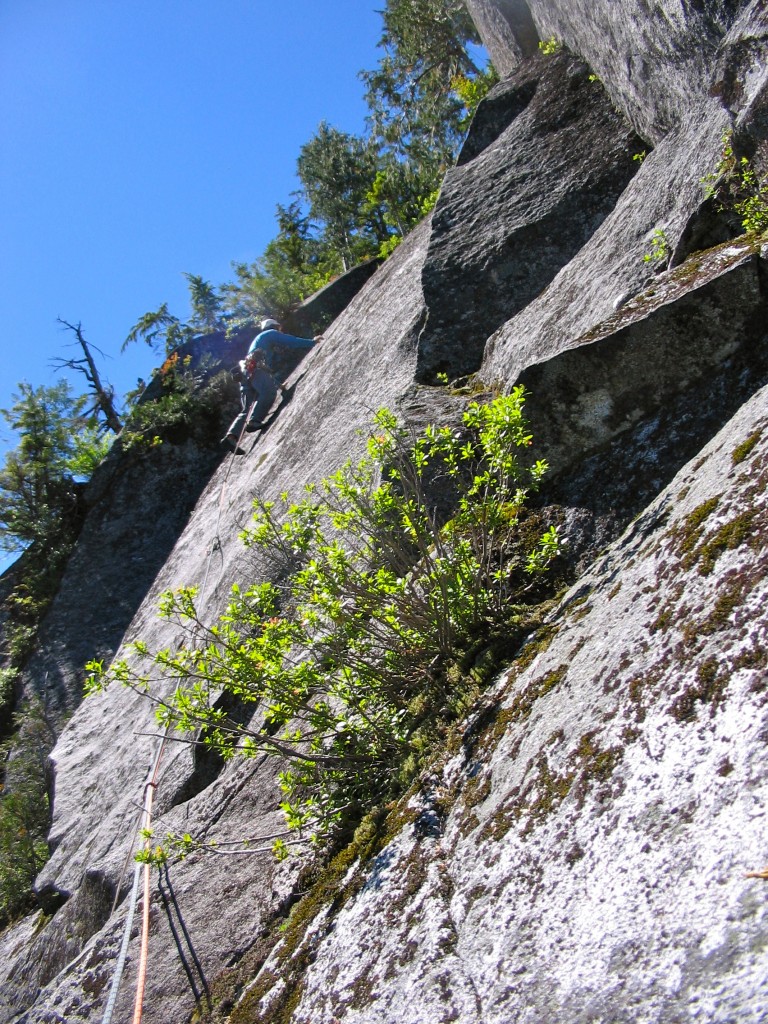 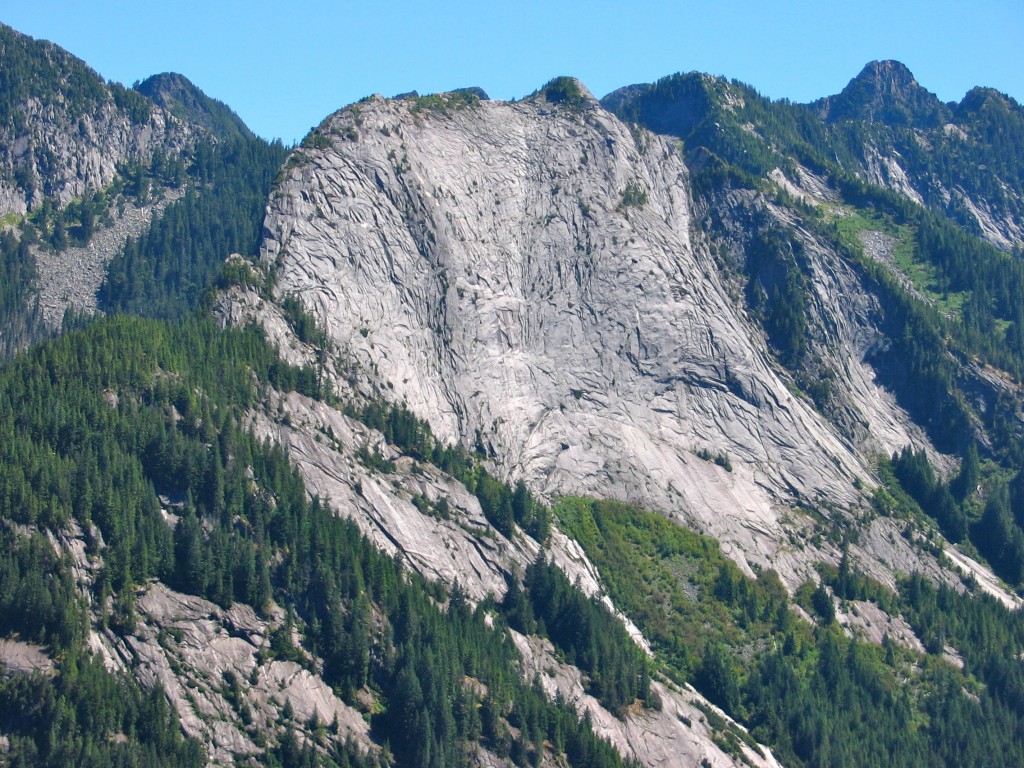 Exfoliation Dome as seen from near the top of Total Soul route on Three O'Clock Rock (July 2005). 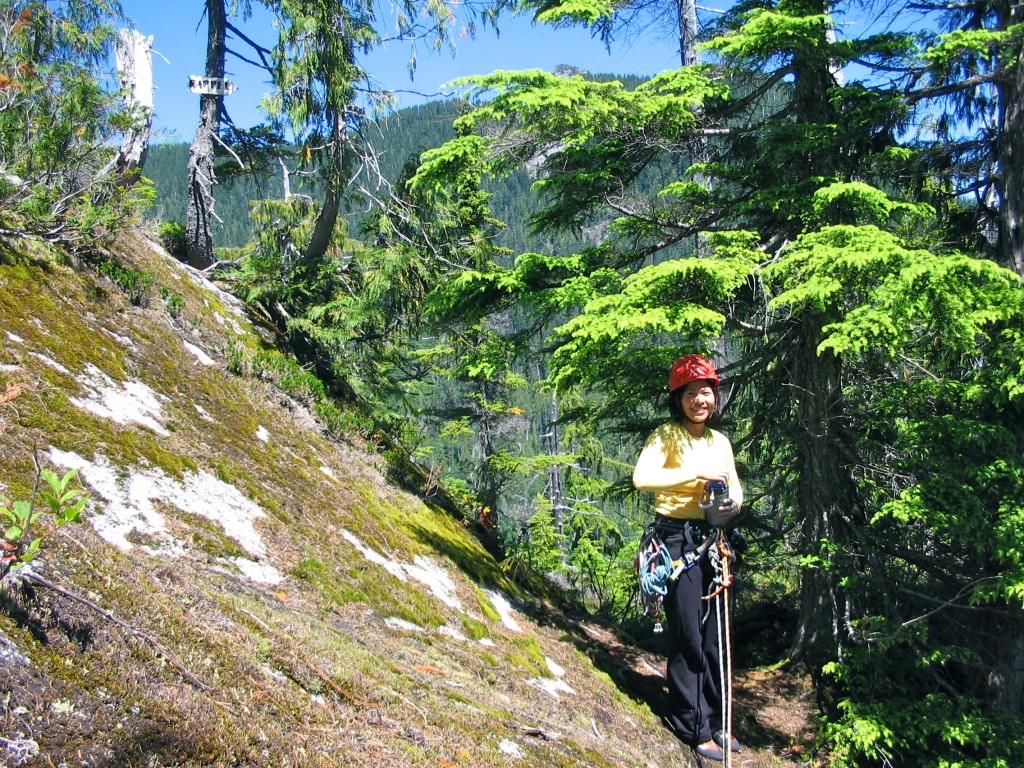 Shirley at the top of Three O'Clock Rock after our climb of Total Soul. Hard to miss the start of the rappels. Note the direction marker on left pointing to just behind where Shirley is (July 18, 2005). 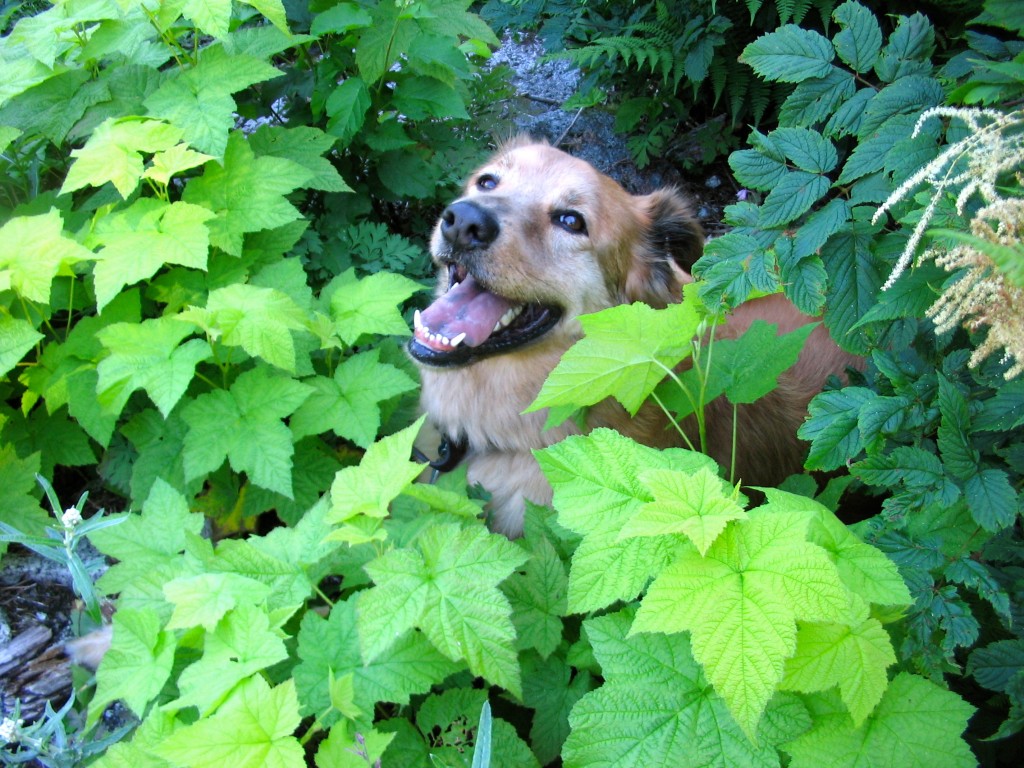 Blondie posing for camera at the base of Total Soul (July 2005).