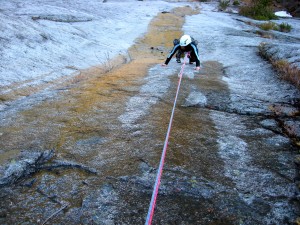 On a very nice weekend in March of 2010, Shirley & I drove up to Darrington on a gamble that we might be able to climb something. Indeed, conditions worked out well (as did the road access) and climbed the relatively obscure Revolver (5.10a) on the Three O’clock Rock. We were not able to do the last two pitches as the upper portion of the Rock was running with water. Some old hardware on those first four pitches have apparently been modernized since our ascent. 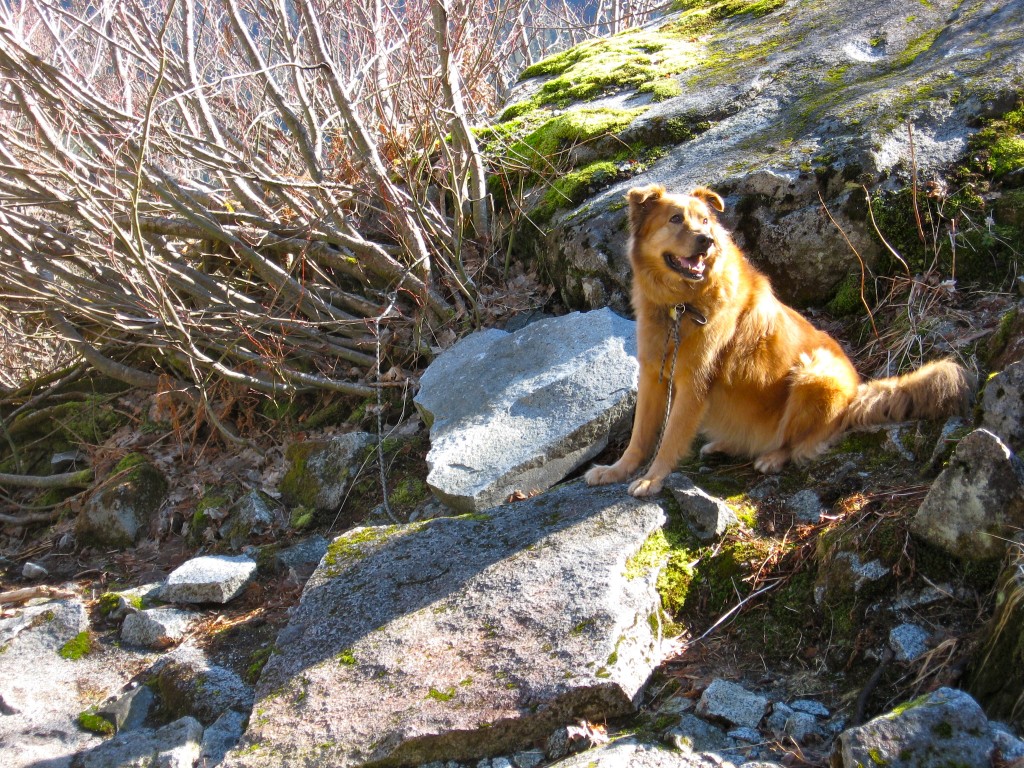 Blondie relaxing at the base of Three O'clock rock on an exceptionally nice March weekend in 2010. 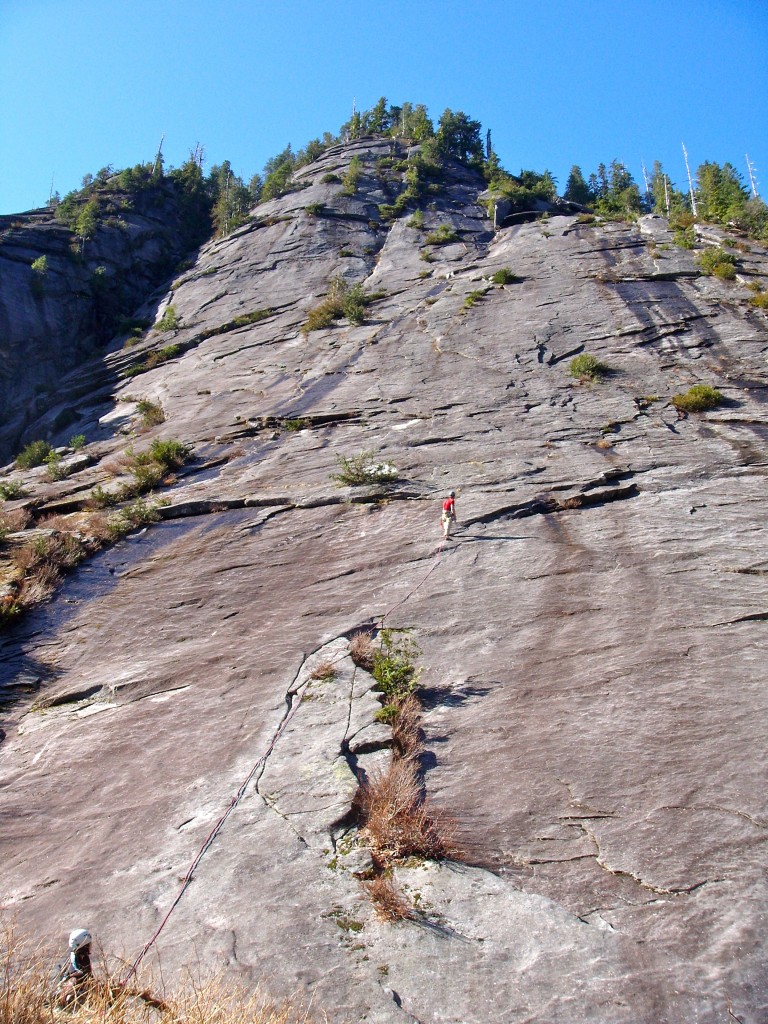 Leading an approach pitch on our way to the Revolver route on Three O'clock Rock. 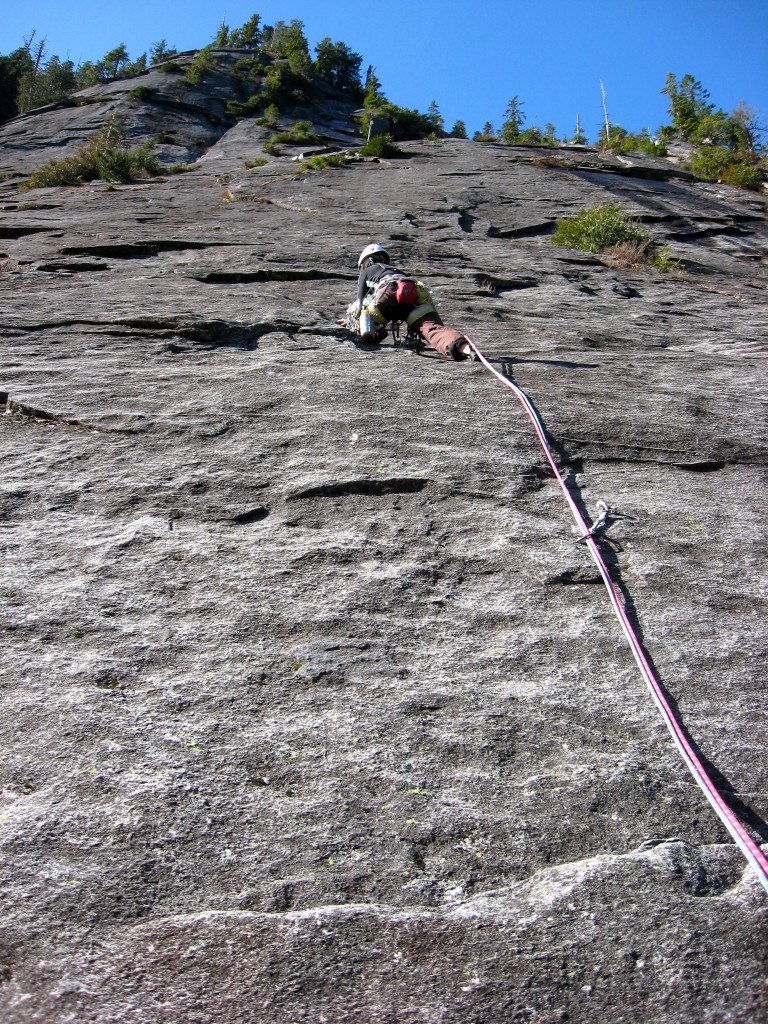 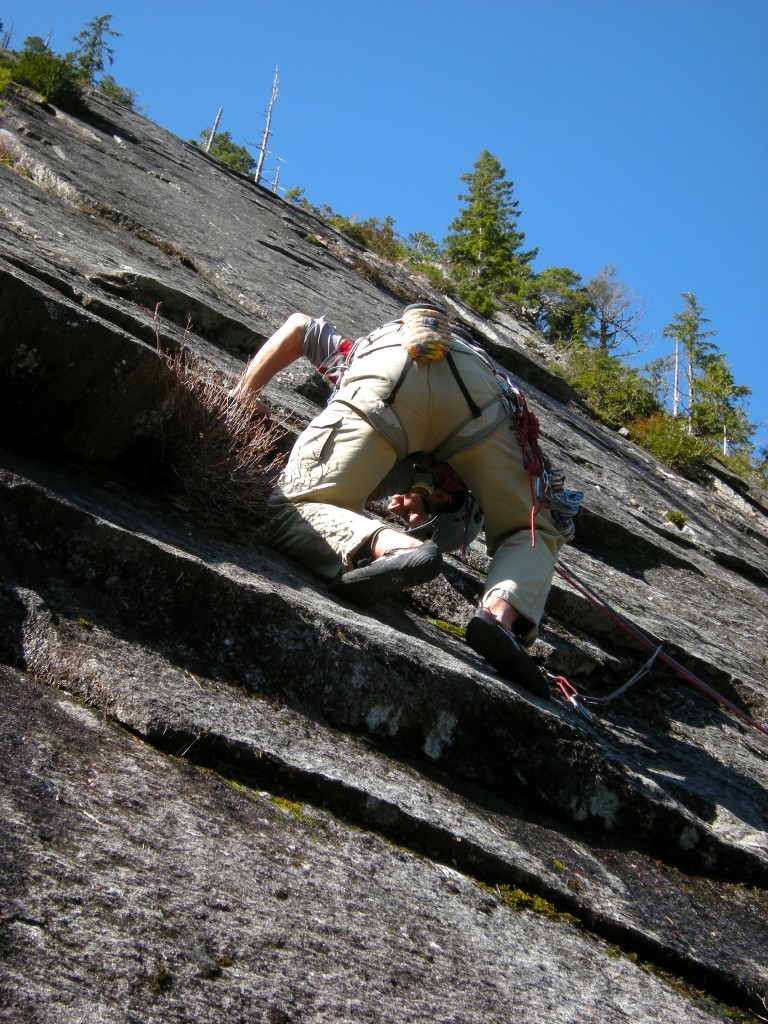 Attempting (unsuccessfully) to insert my cranium into my anus on pitch 1 (or 2) of Revolver...this is purely for style points and is not essential to ticking off this route (March 2010). 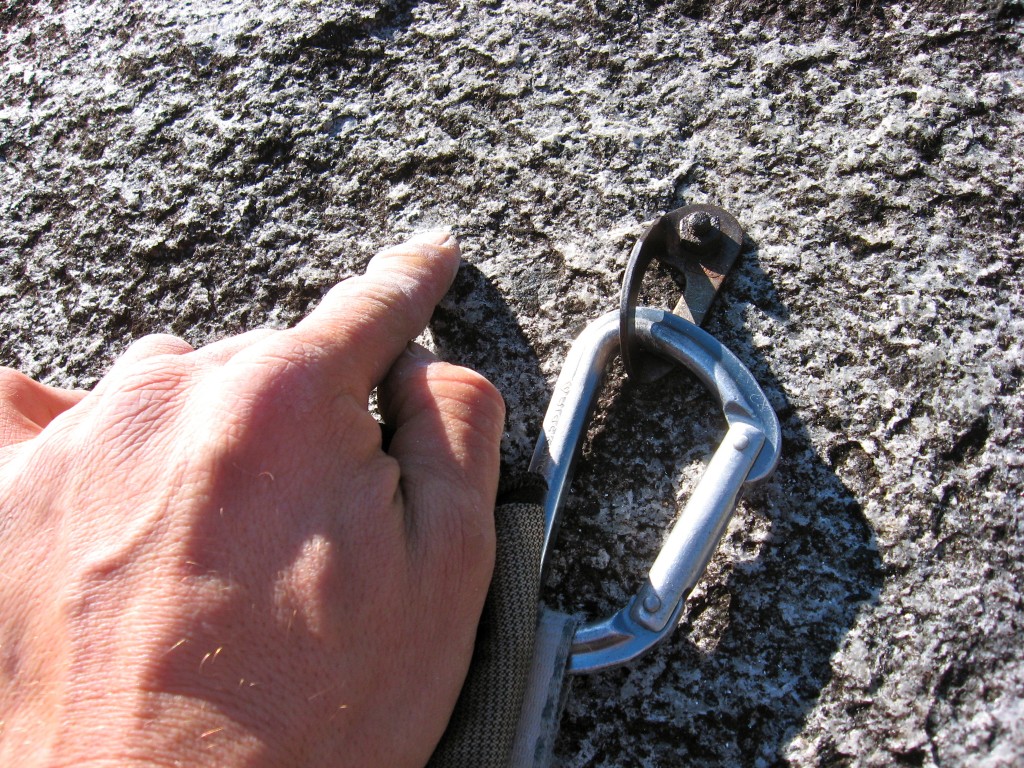 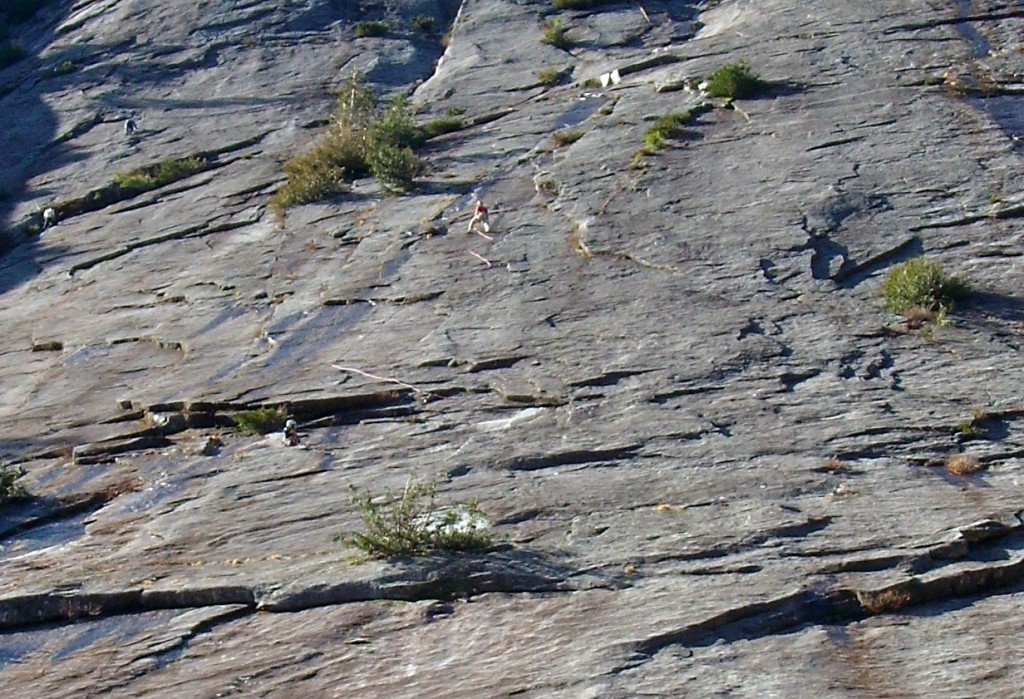 Leading pitch 2 (I think) of Revolver on Three O'clock Rock. 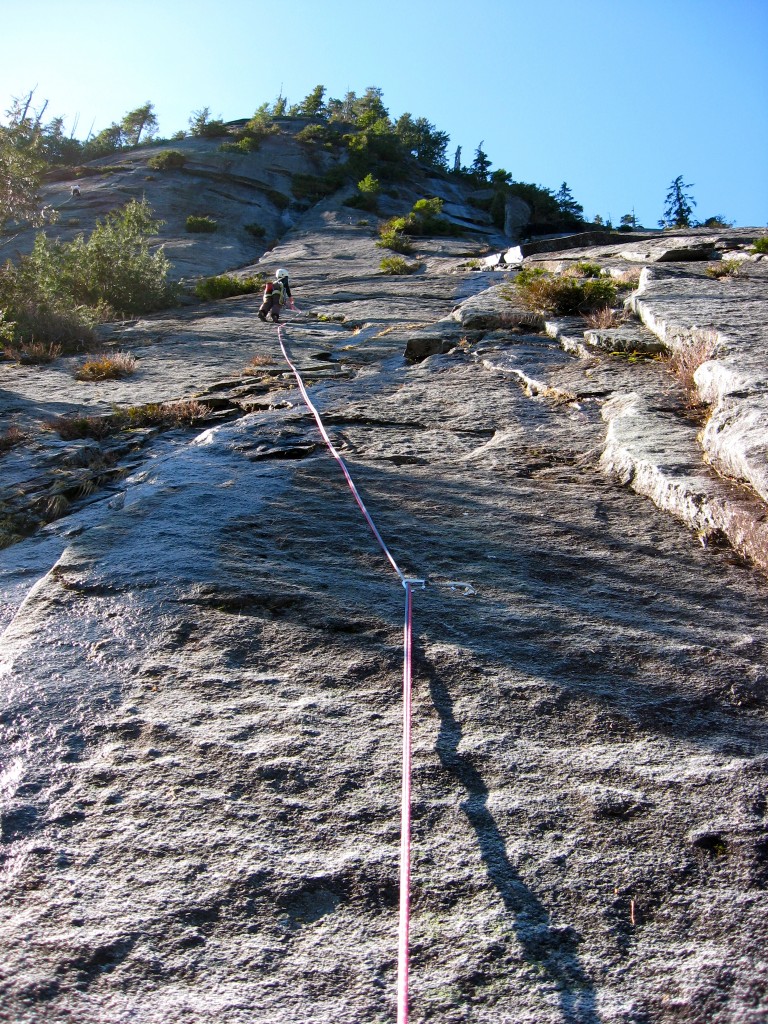 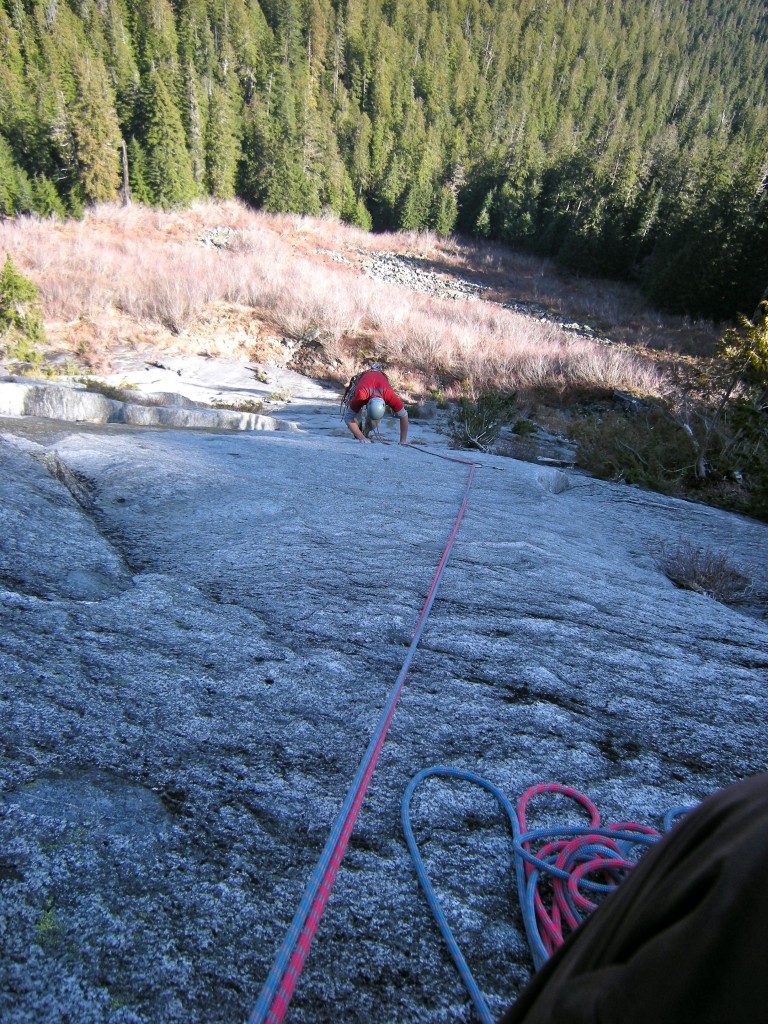 Following pitch 3 of Revolver on Three O'clock Rock in Darrington, WA...we were surprised to find good conditions this early in the season there (March 2010). 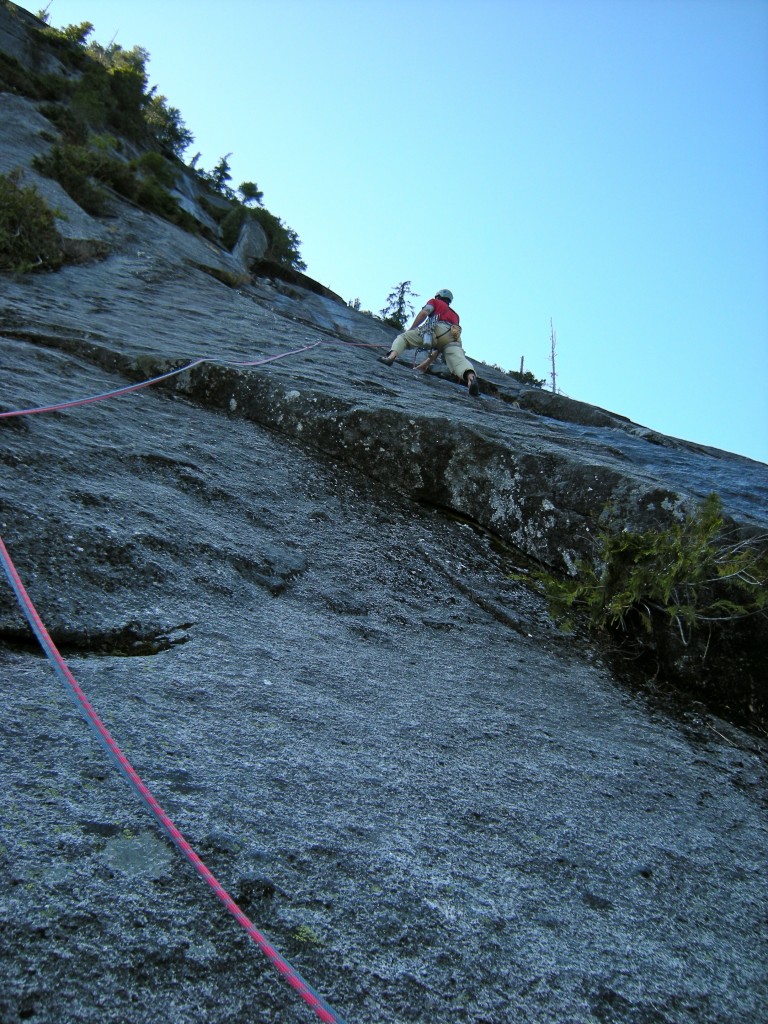 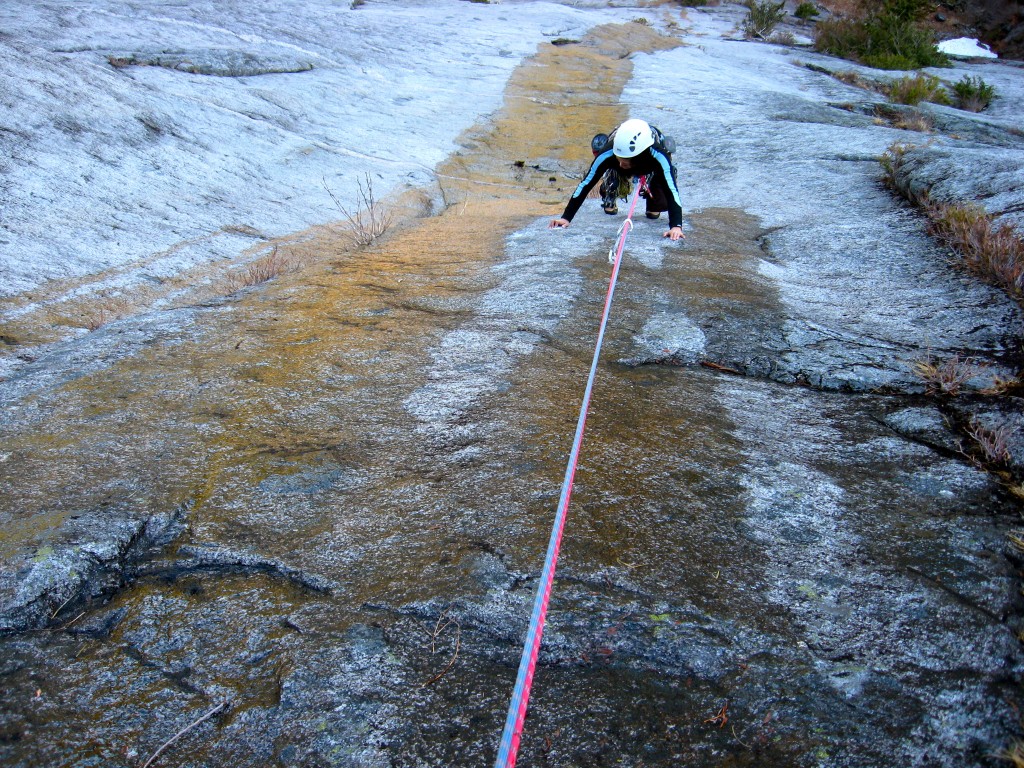 Shirley nearing the top of pitch 4 of Revolver (5.10a) route on Three O'clock Rock. This is as high as we got - next two pitches were running with water (March 2010).