Go back to Moab Mix. 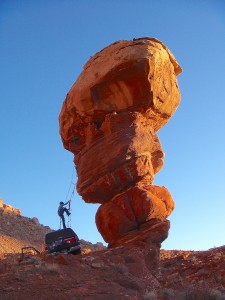 Shirley trying to tip over that Happy Turk.

After a couple hours of sleep at a rest area and some more driving, we roll into Moab at 3pm. With 2 hours of daylight left, what can we do? Quick thumbing through the guidebook and we’re driving into Kane Creek in search of the funky-looking Devil’s Golf Ball formation. The crux of this climb is getting your truck directly under the overhanging mini-tower via some ATV trails so that you can stand on the roof while trying to clip the first bolt. The book claims it’s A0 or 5.8……now that’s a sandbag as the free climbing looks like it would go at 5.12. But again, what do I know so you go get it tiger – especially since the formation looks as though it’s not long for this world! Quick up and down the reachy bolt ladder and we’re tossing down microbrews while still wearing our work clothes. 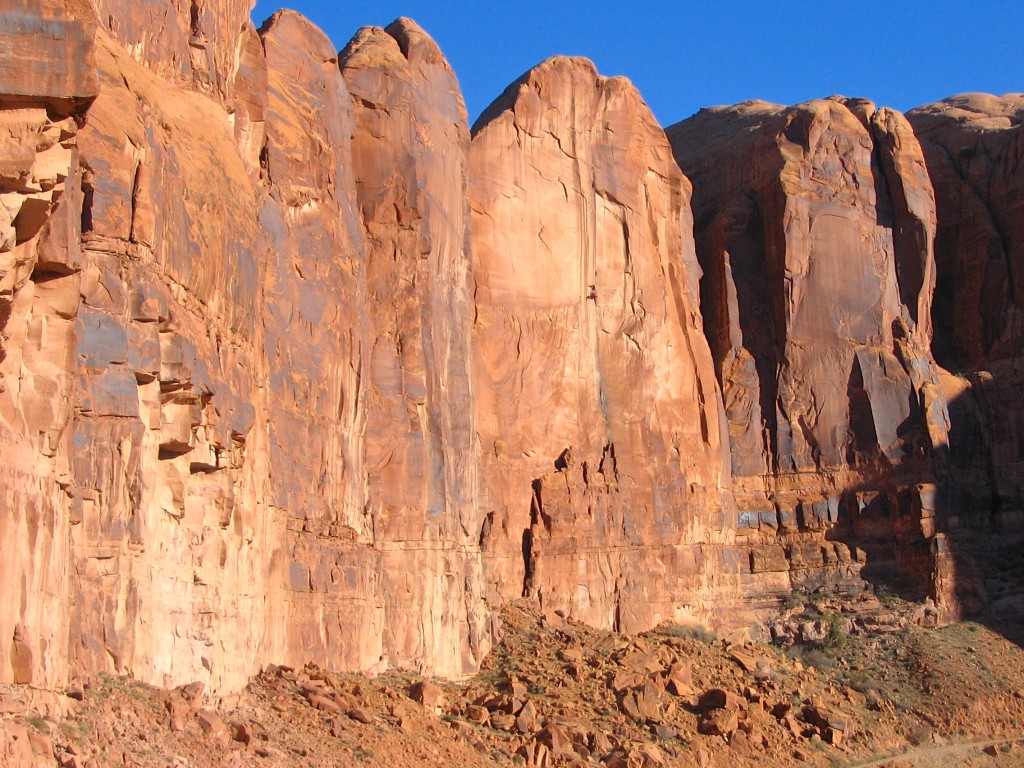 The Tombstones as seen on the drive into Kane Creek just outside of Moab. There’s a party on the Center Tombstone on the Playing Hooky route one or two pitches below the top. 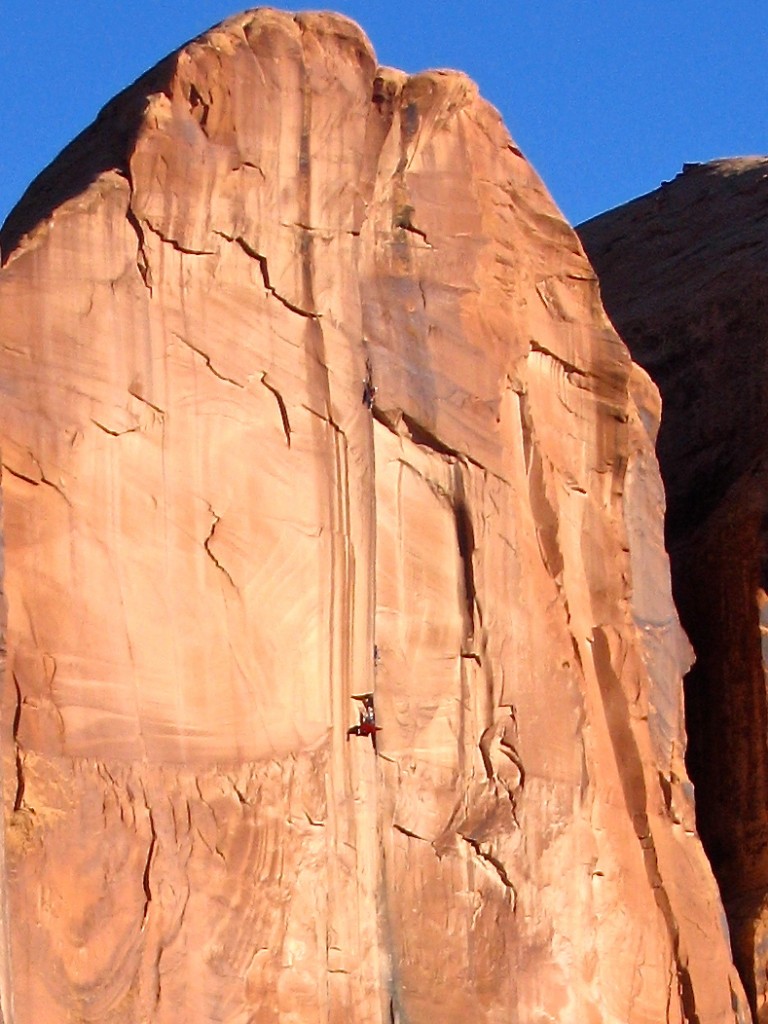 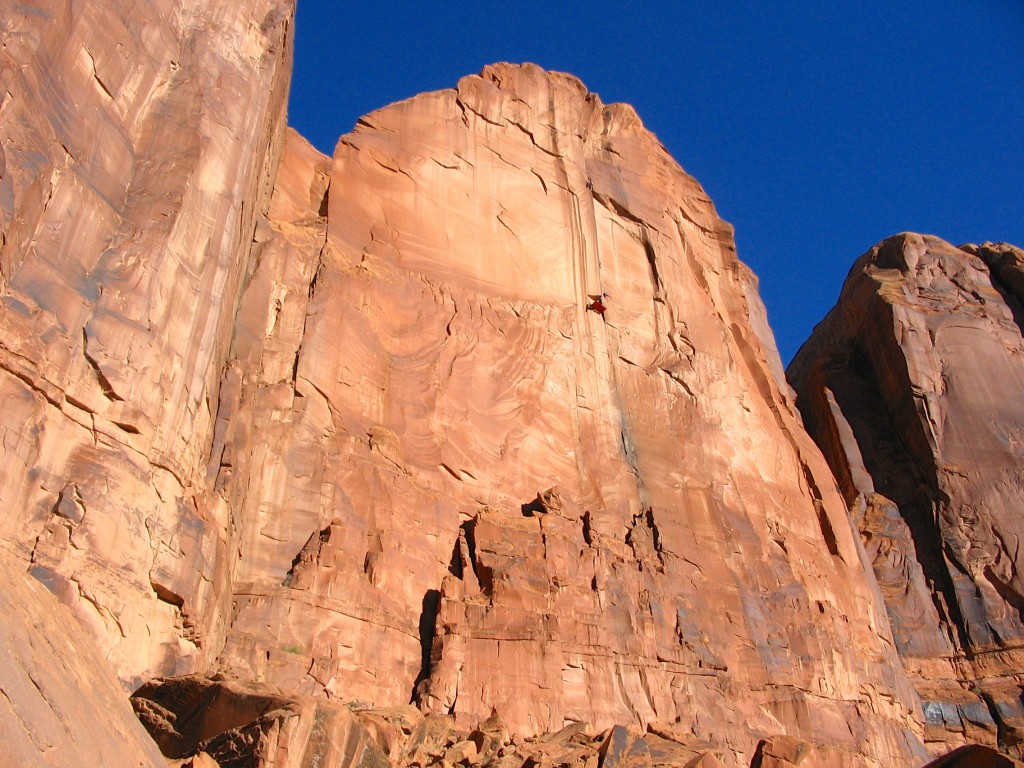 Center Tombstone from base. The party up above is rocking a portaledge (Nov. 2006). 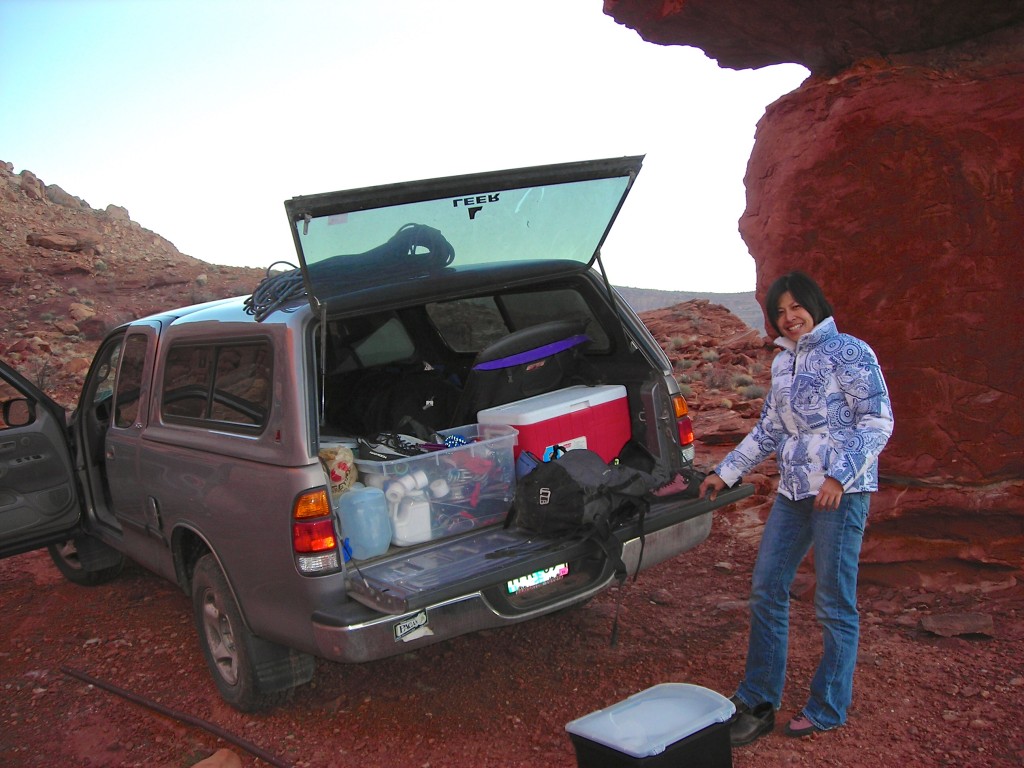 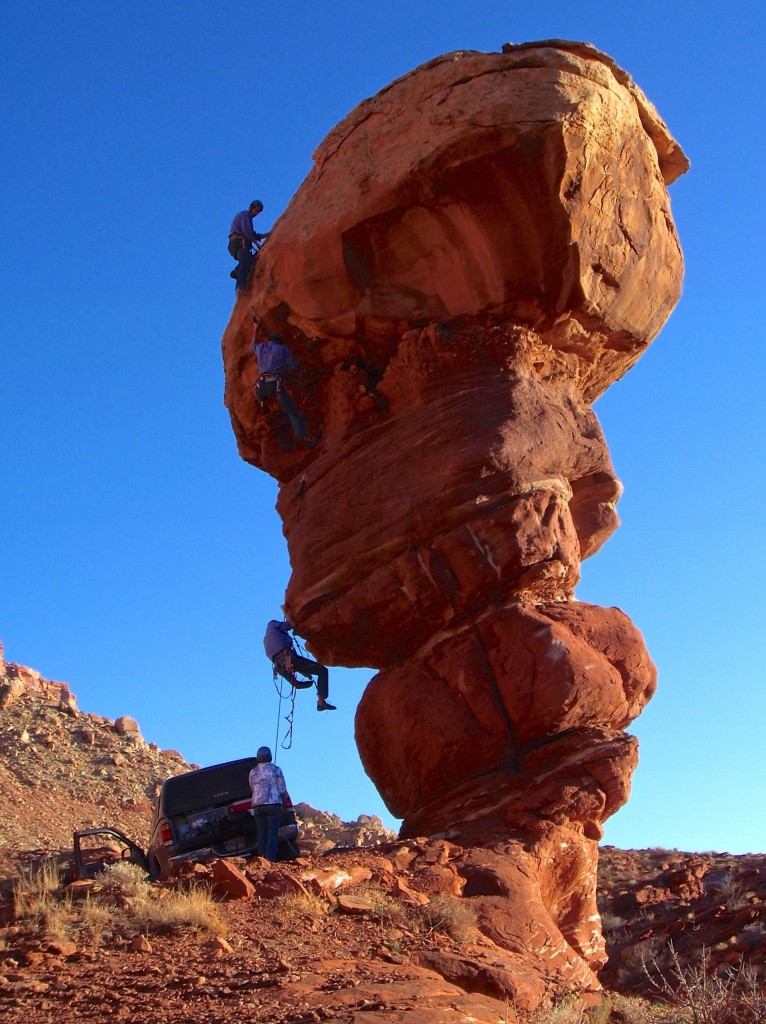 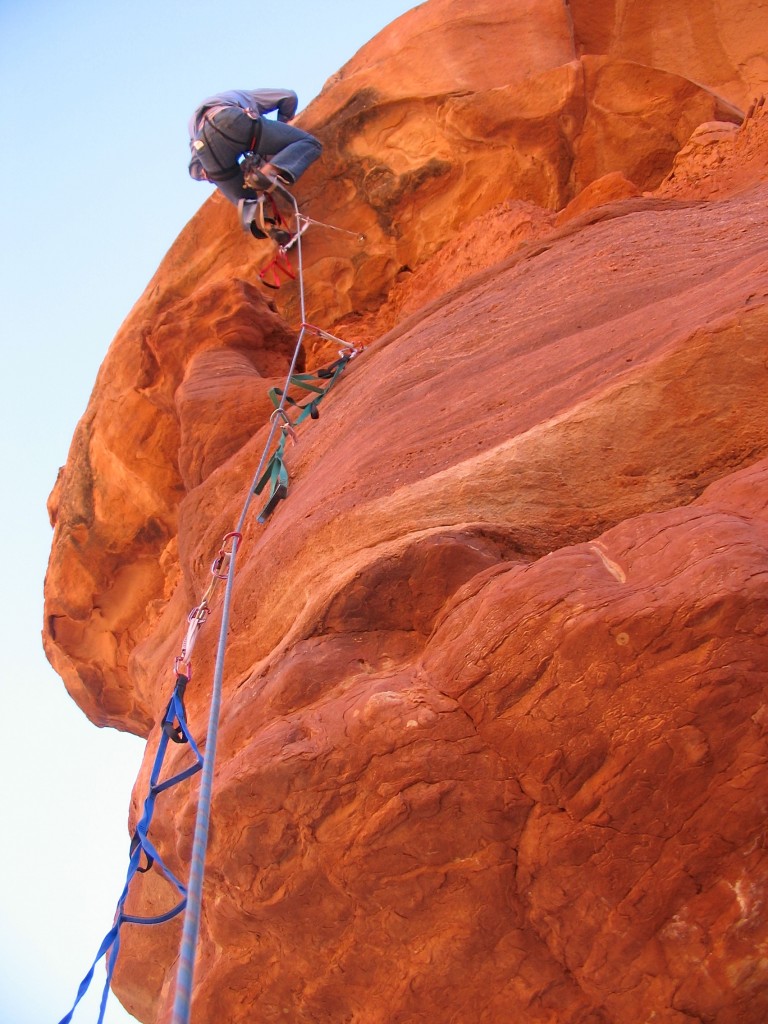 The drama of the bolt ladder…guess the potential of this shit tipping over makes it potentially an A5 bolt ladder LOL (Nov. 2006). 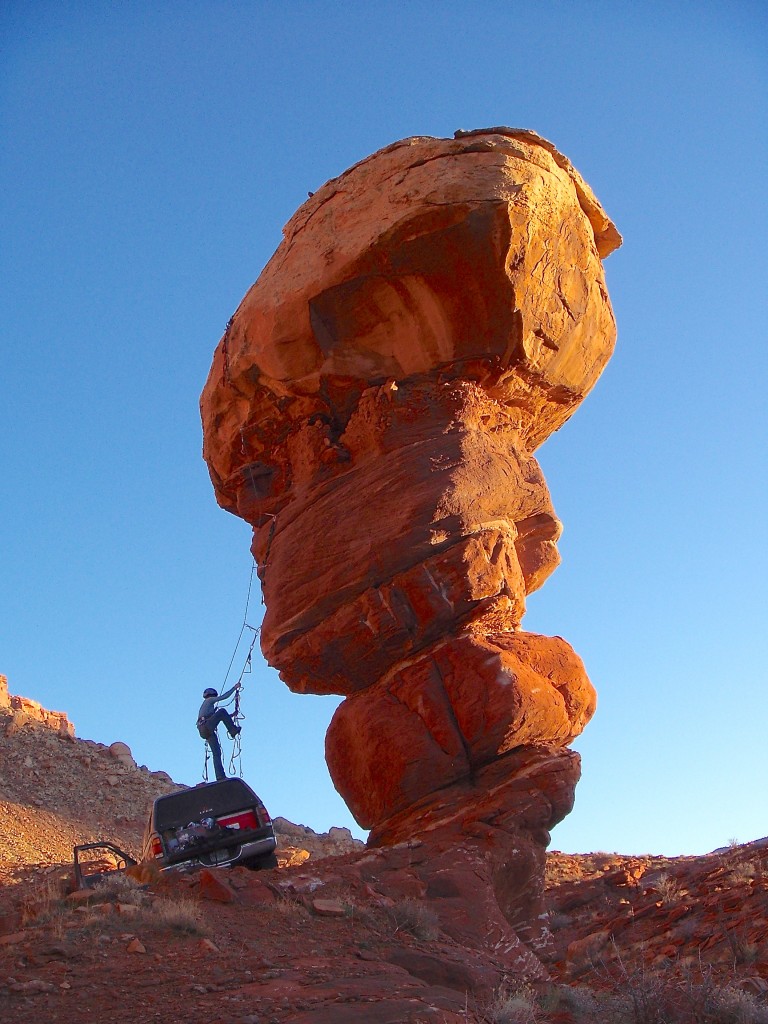 Shirley starting the bolt ladder up Devil’s Golf Ball using the roof of the pick up as the first aid piece. Best not to yard on the bolts too hard or the whole thing might tip over onto you (Nov. 21, 2006). 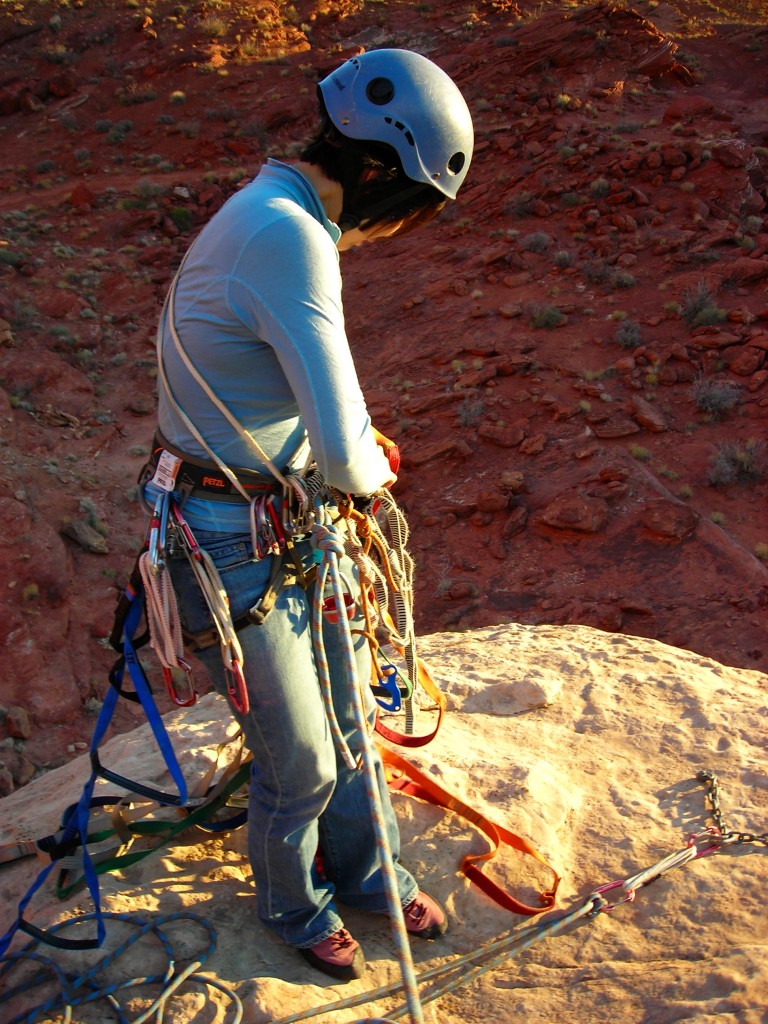 Shirley on the summit of the (uber classic!!) Devils Golf Ball formation. 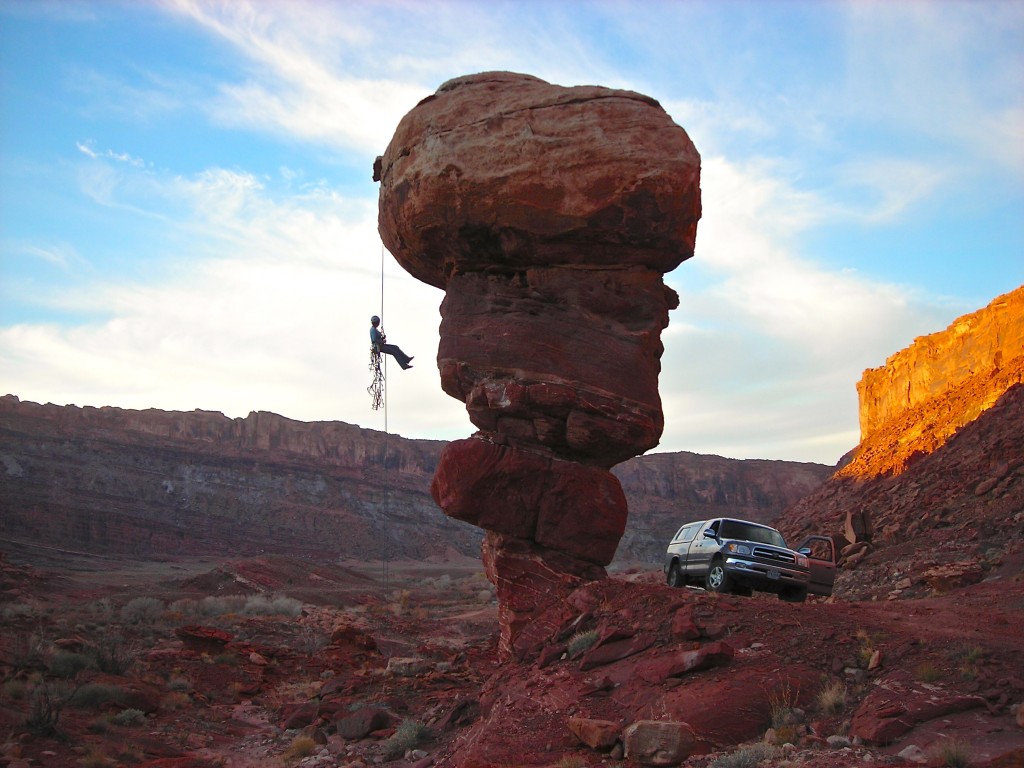 Shirley rapping off the summit of Devils Golf Ball. The established bolt ladder goes up the right skyline starting off the roof of the truck (Nov. 18, 2006). 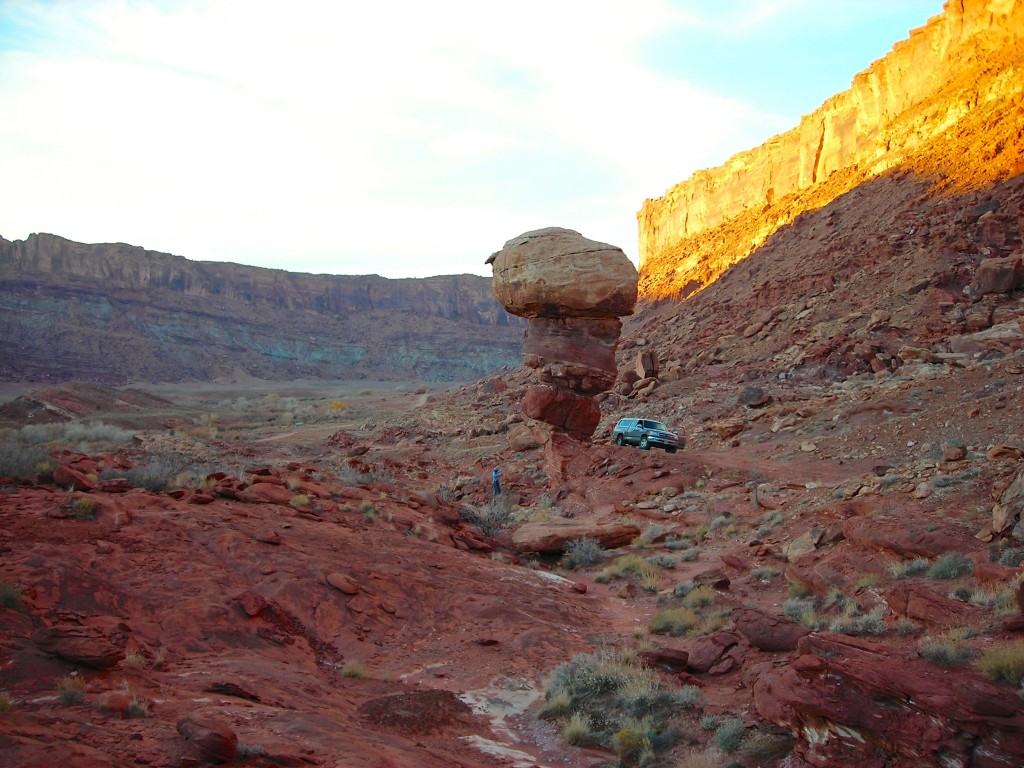 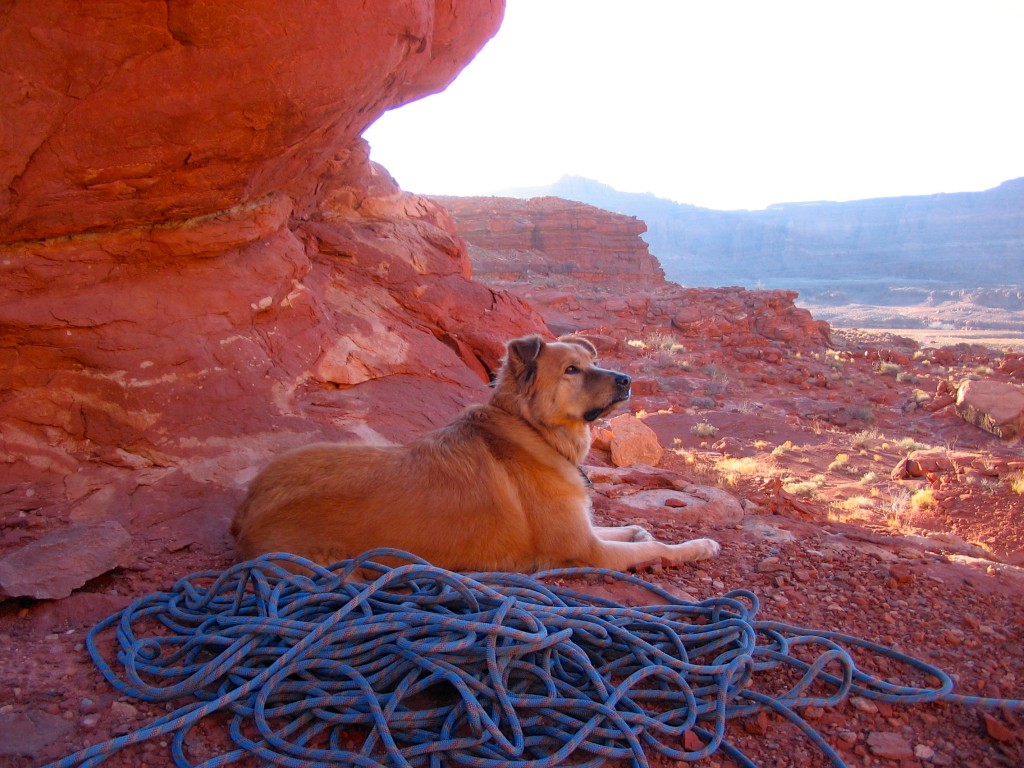 Go to Echo Pinnacle.
Go back to Moab Mix.