Go back to Wallowas page.
Go back to Sawtooths page. 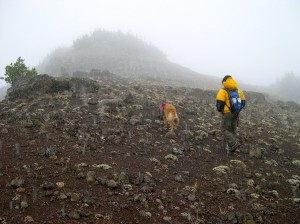 Shirley and Blondie hiking up toward the true summit of China Cap (September 12, 2004).

Notes from 2004…
China Cap hike was an unplanned detour after not being able to complete our initial plan. Friday 5pm after work drove out to Sawtooths in ID and with the loss of 1h (zone change) got to TH at 5am (those last 5 miles of unmaintained FS road DO take about 45 minutes). Slept till 8am and started our approach hike to Finger of Fate at 8:30am. Got to base at 11:45am only to find a party gearing up. It took them until 1:30 for both to get up the (relatively easy) P1. We started behind them but bailed at 3pm as the 2nd was still working on P2….no summit. Locals showing the out-of-towners that it’s their crag (or really incompetence??).

Hit the Wallowas on the drive back on Sunday . Kind of pissed with ourselves (should’ve not slept at TH at all) about missing what was possibly the last opportunity of the season to nail an alpine route. Oh well, next year. China Cap was a nice hike but the shit weather moved in on the summit (no views). 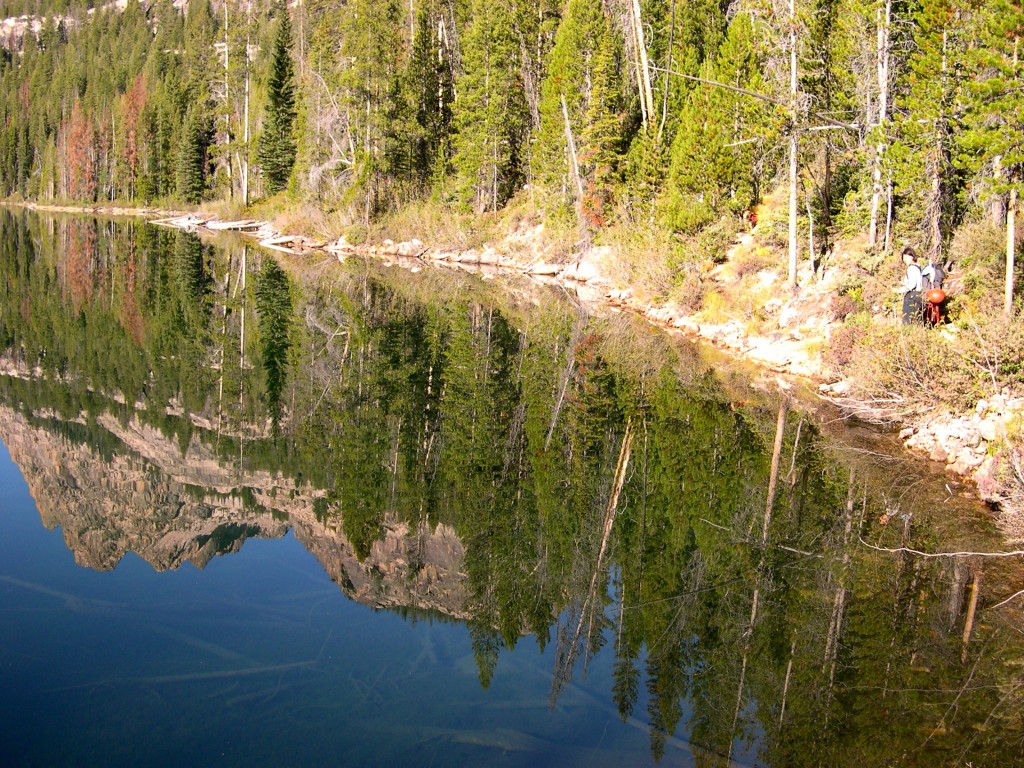 On approach to the Finger Of Fate along the shores of Hellroaring Lake in the Sawtooths of Idaho (Sept. 11, 2004). 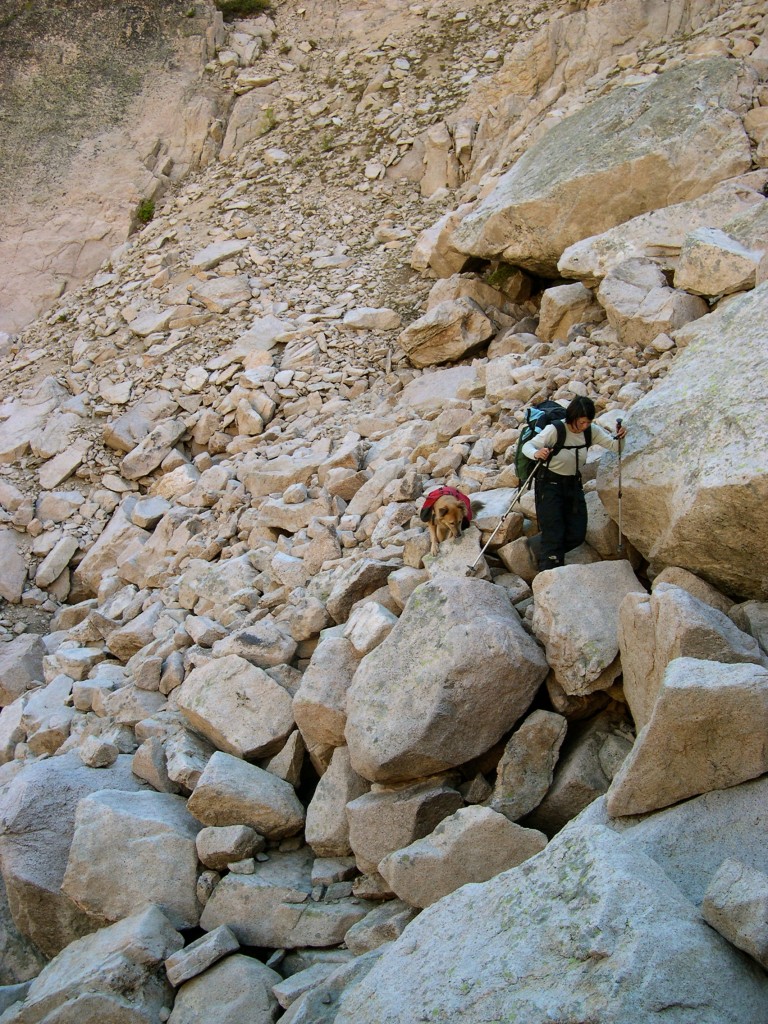 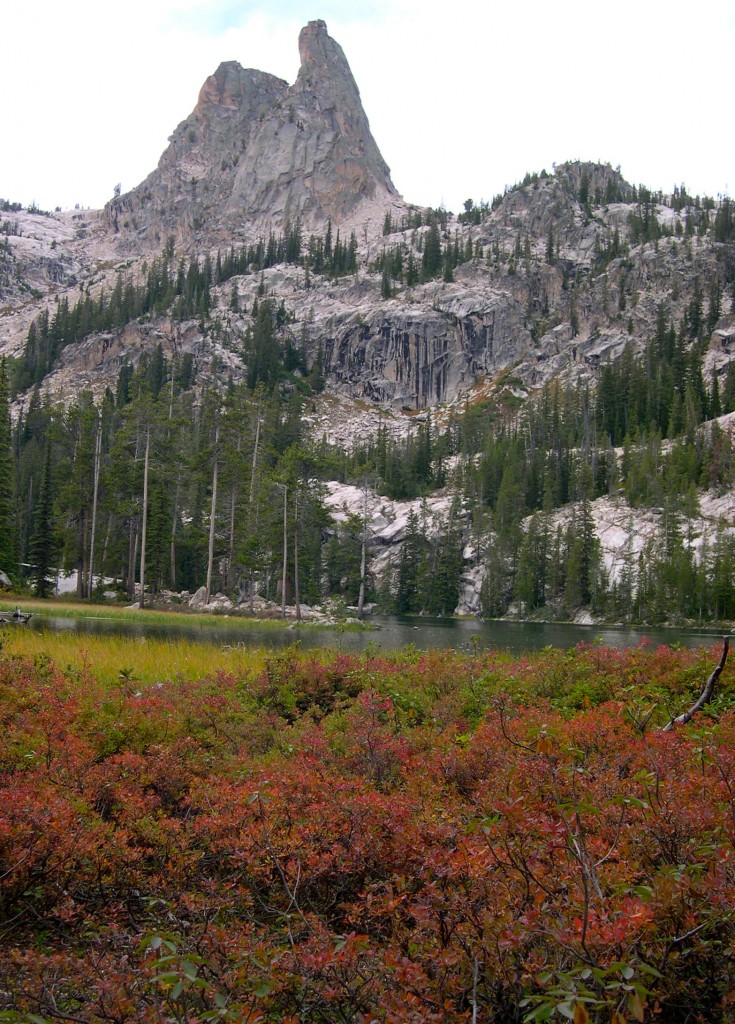 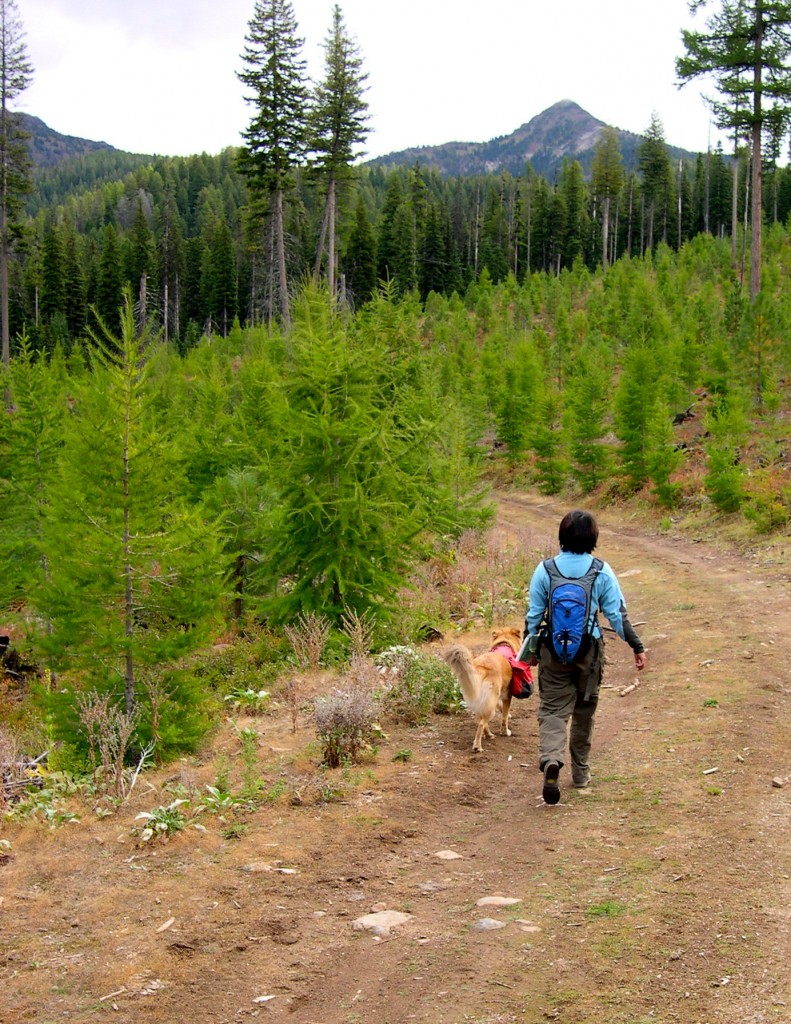 Shirley & Blondie starting our hike up China Cap in the Wallowas of Oregon. 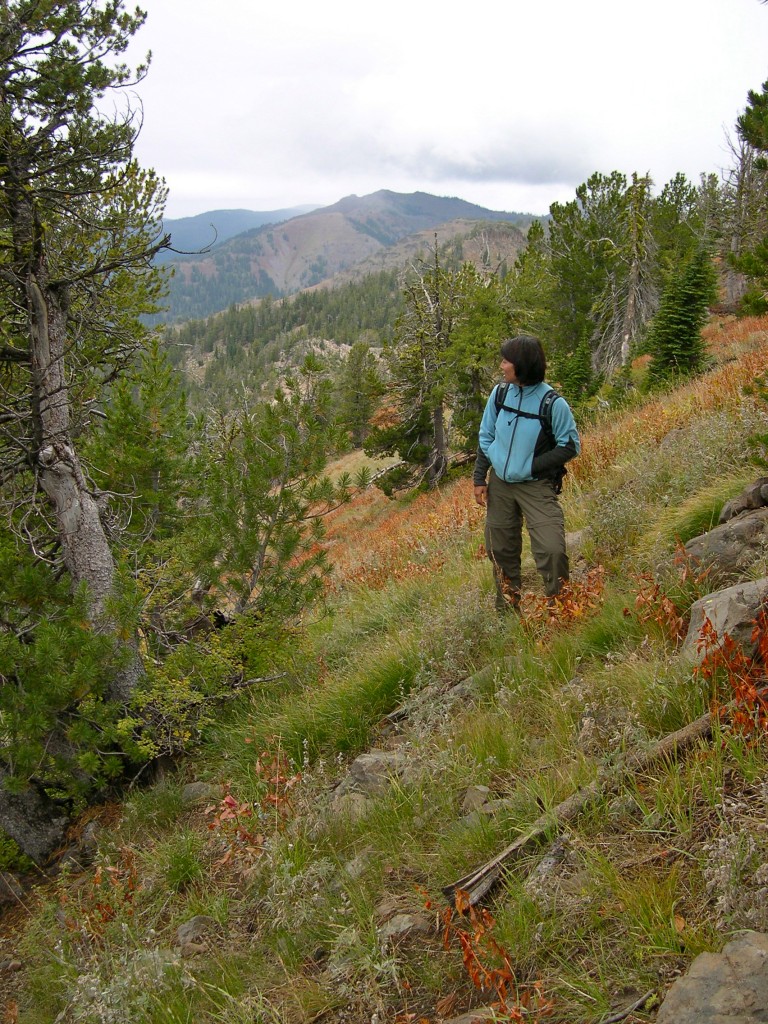 Shirley on the hike up China Cap in marginal-soon-to-be-shitty weather. 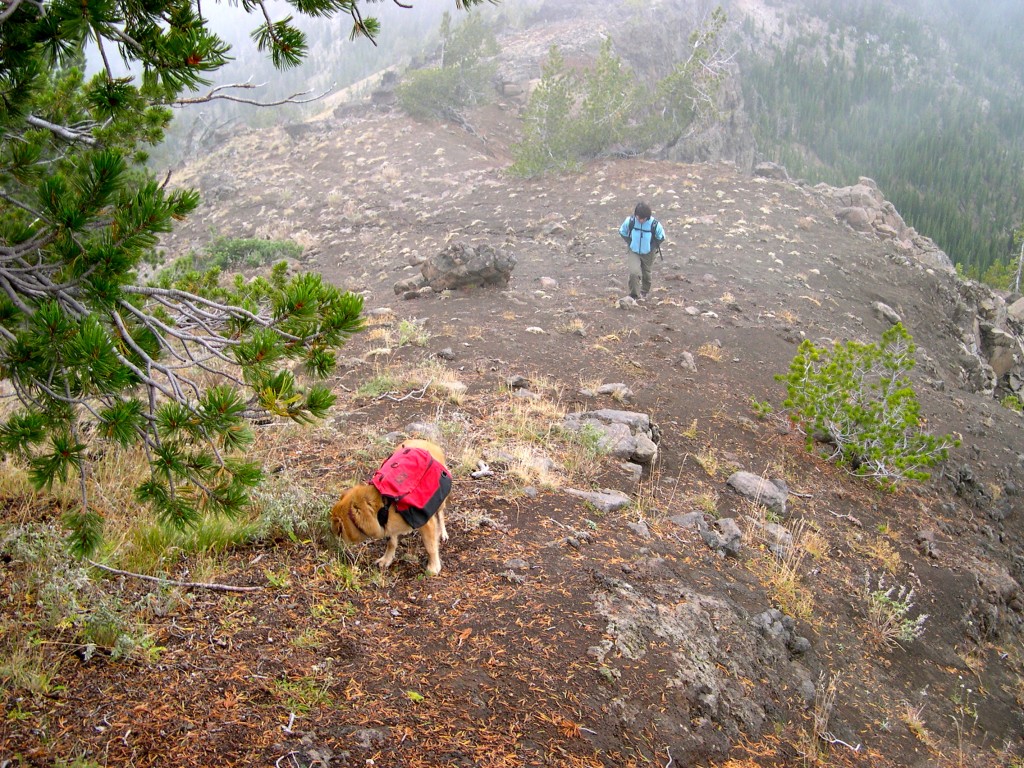 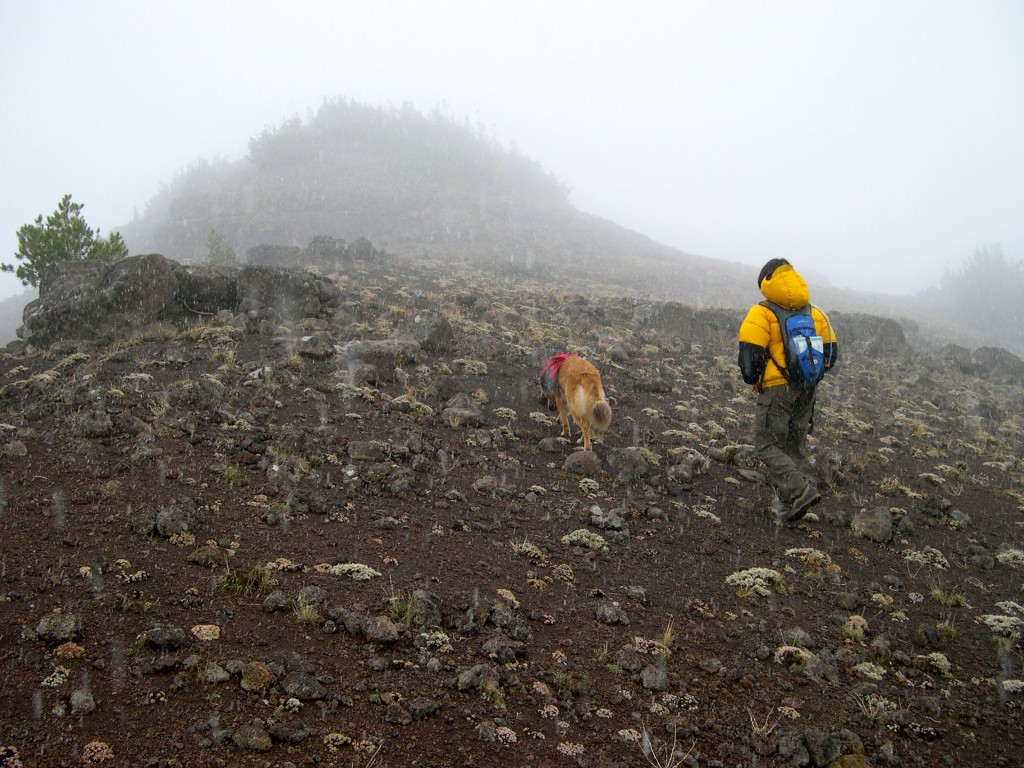 Shirley and Blondie hiking up toward the true summit of China Cap (September 12, 2004). 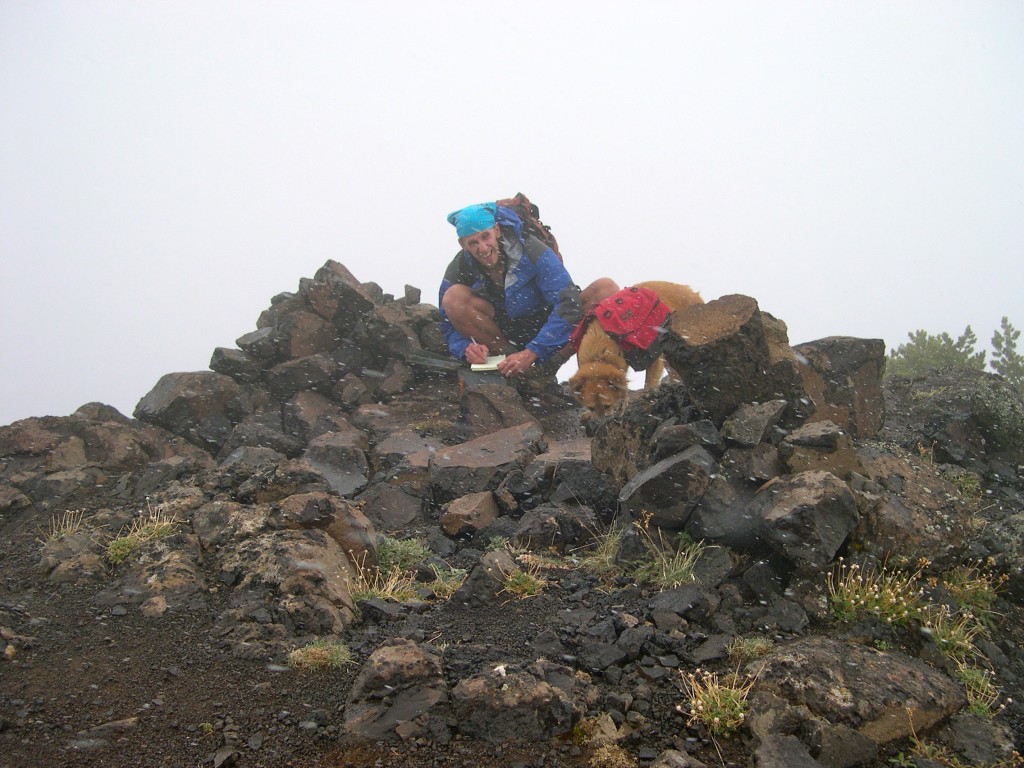 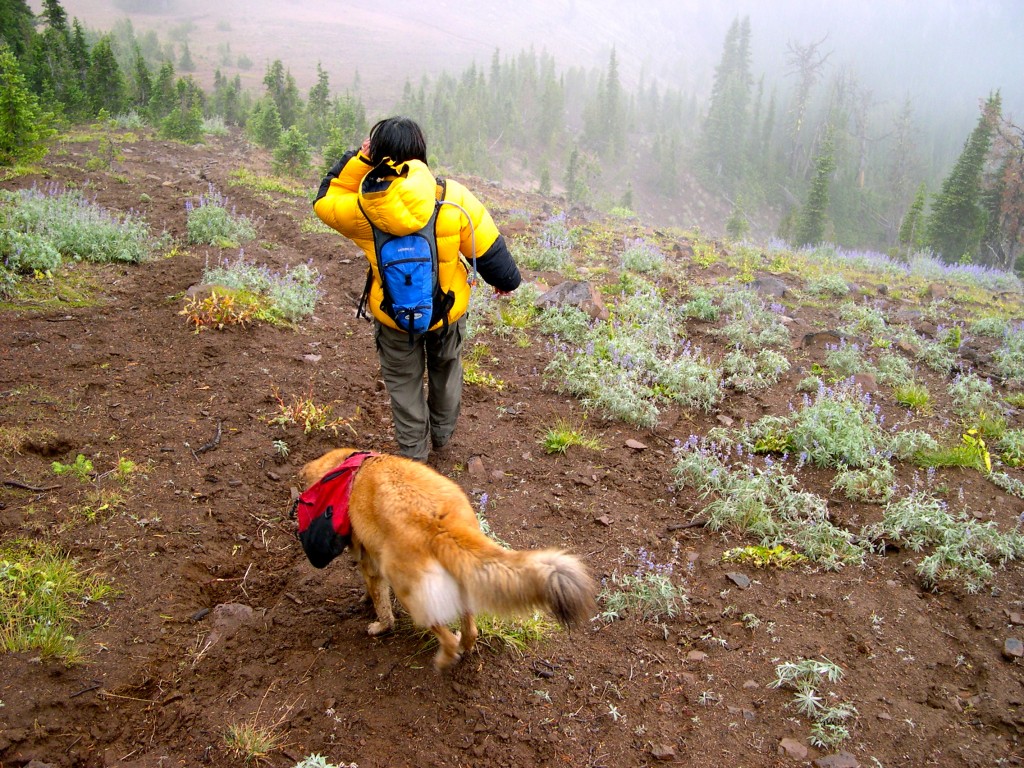 Hiking down from the summit of China Cap.

Go back to Wallowas page.
Go back to Sawtooths page.