Go back to Oregon Cascades page.
Go back to Smith page. 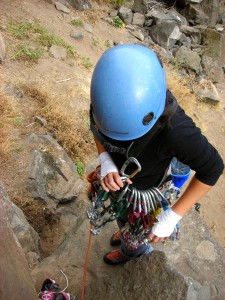 Shirley racking up for Last Days (5.10a) on the Star Wall in the Lower Gorge.

In October 2006, we drove out to the upper Menagerie trailhead with the aim of climbing Turkey Monster on Saturday. I got tagged by a yellow jacket and somehow we lost the appetite for the climb once at base. We would come back a year later and climb it though. Instead we drove to Smith where we climbed a couple of nice cracks on Sunday, including Cruel Sister (5.10a…again), Last Days (5.10a, Shirley’s lead this time), and St. Paddee’s Day (5.10a). 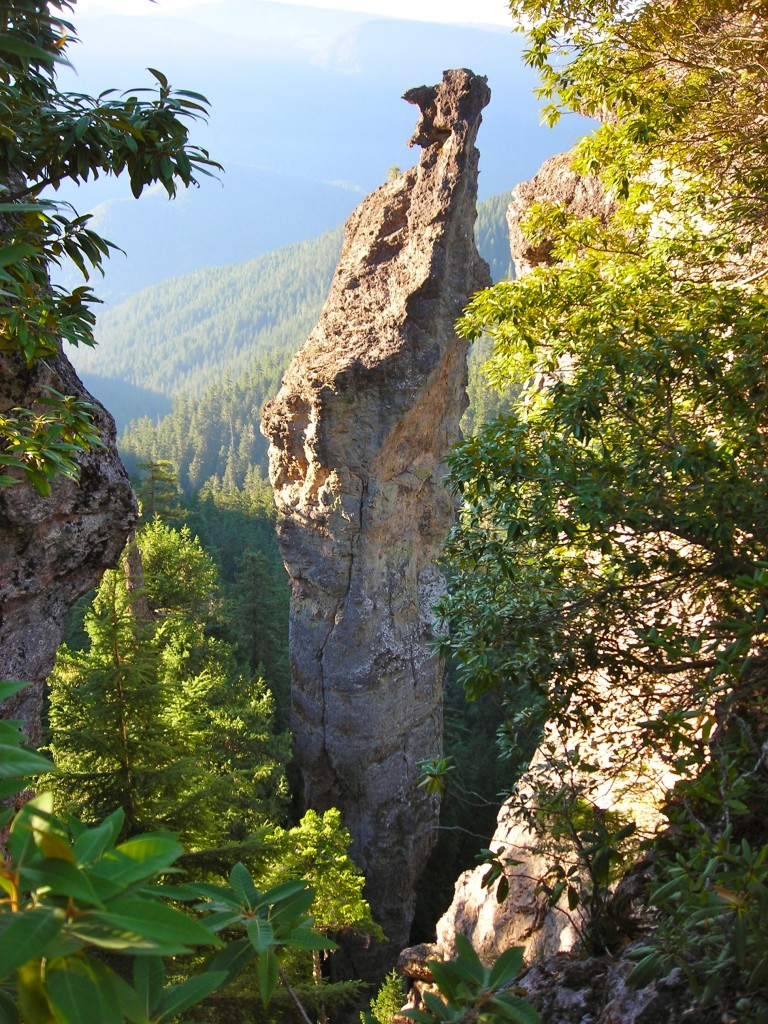 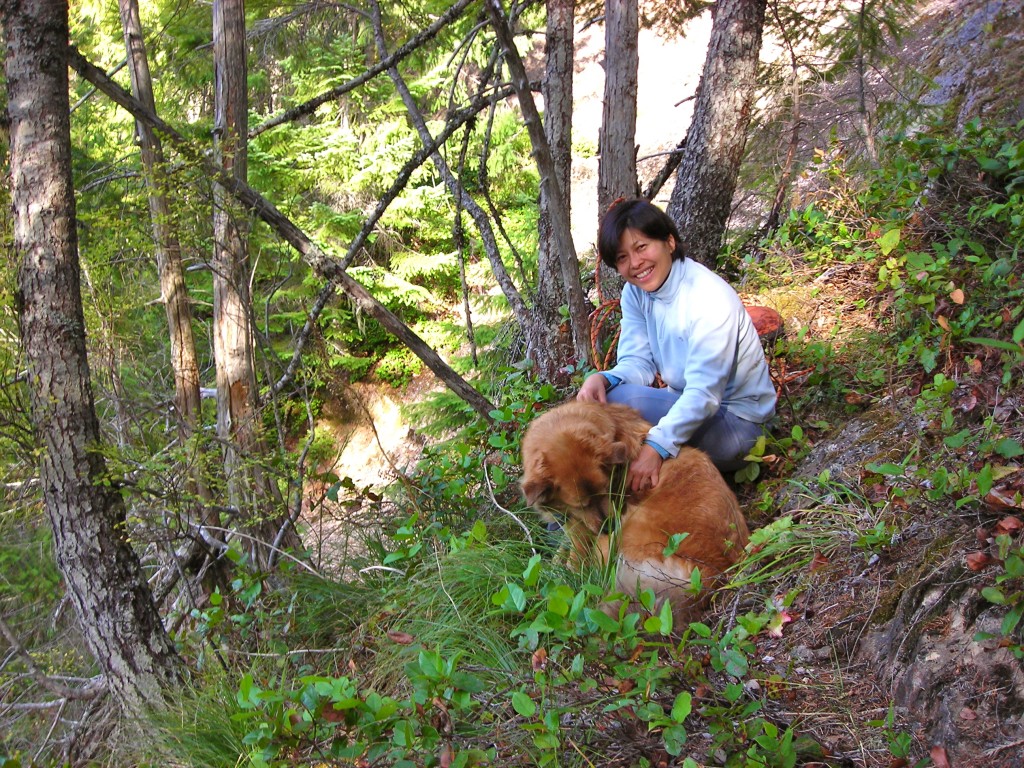 Shirley and Blondie hanging out near the base of Turkey Monster...it did not go that day (Oct. 2006). 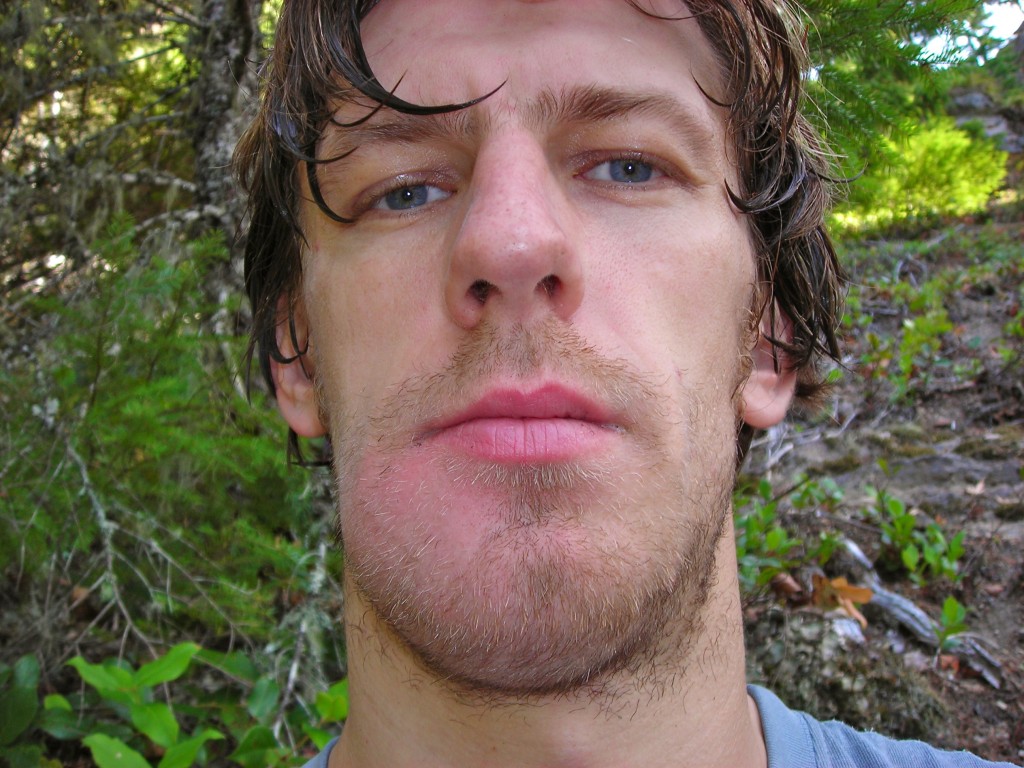 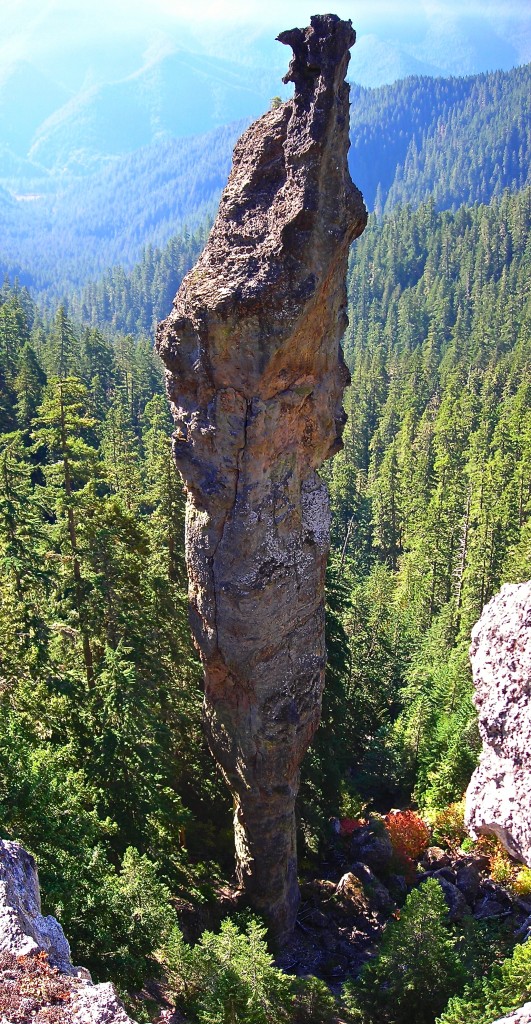 Turkey Monster in the Menagerie Wilderness as seen from an overlook point. Click for full res. (Oct. 2006). 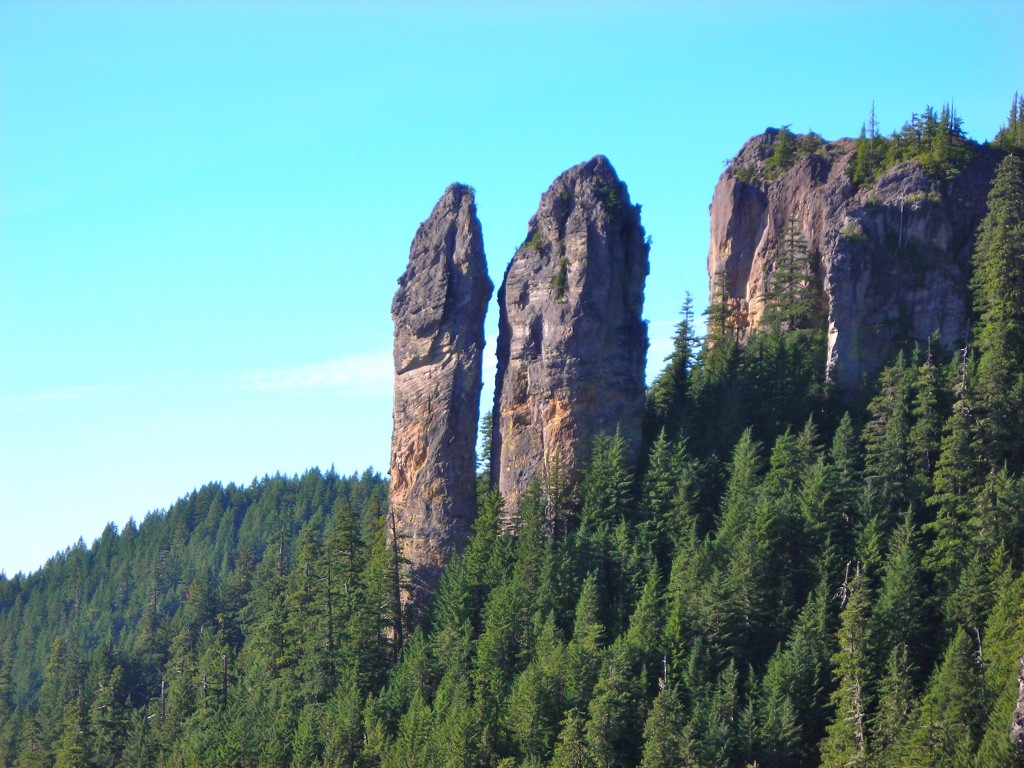 Rabbit Ears (South is on left) and Panorama Point (on right) as seen from (east) FS road 850 overlooking the Turkey Monster. Both standard summit routes on the Ears (North Rabbit Ear - The Cave Route and South Rabbit Ear – Standard Route) start in the notch and climb to top mostly on the opposite side (November 6, 2004). 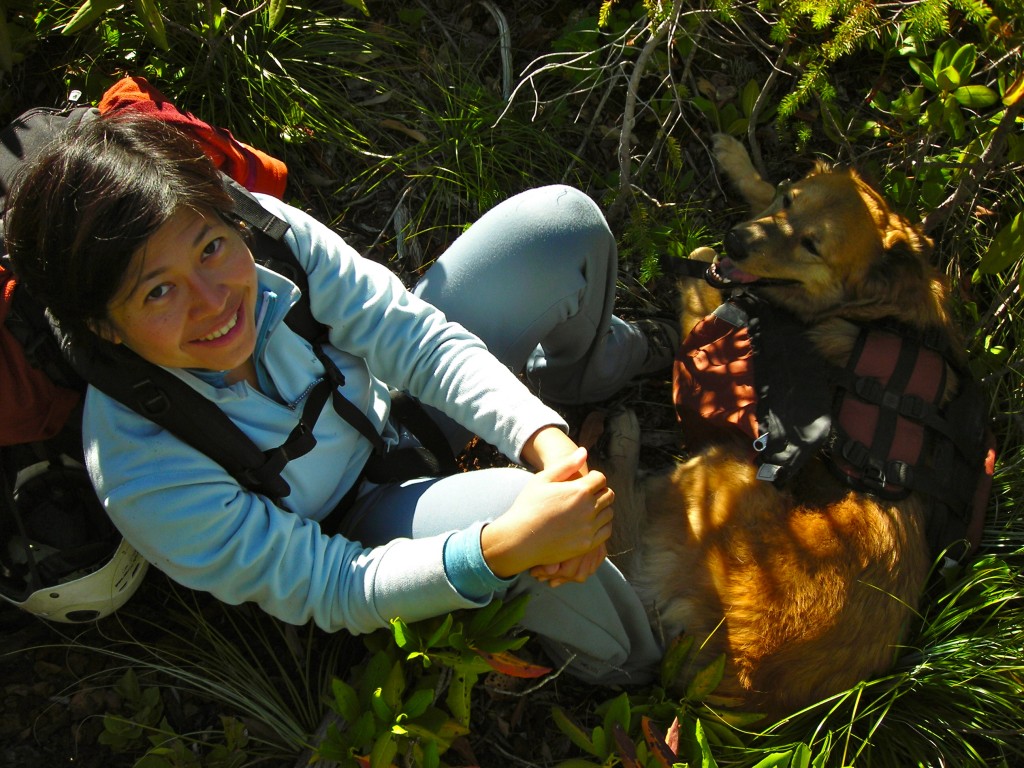 Blondie and Shirley resting on the bushwhack back up the hill (Oct. 2006). 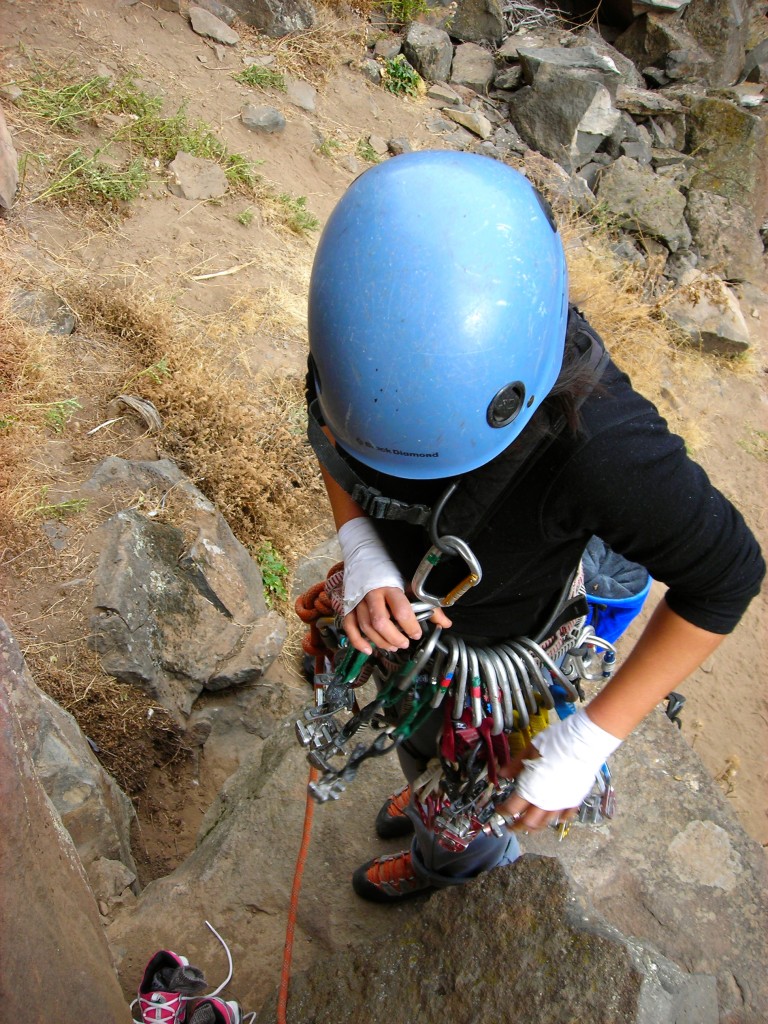 Shirley racking up for Last Days (5.10a) on the Star Wall in the Lower Gorge. 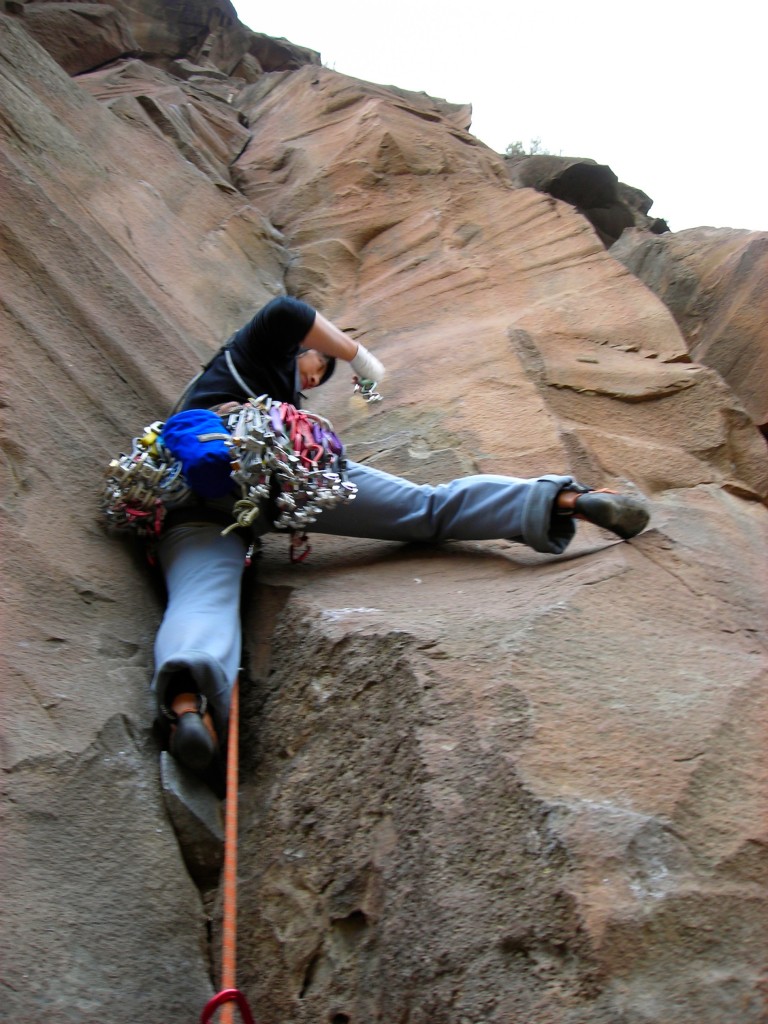 Shirley starting up Last Days (5.10a) on the Star Wall in Lower Gorge. 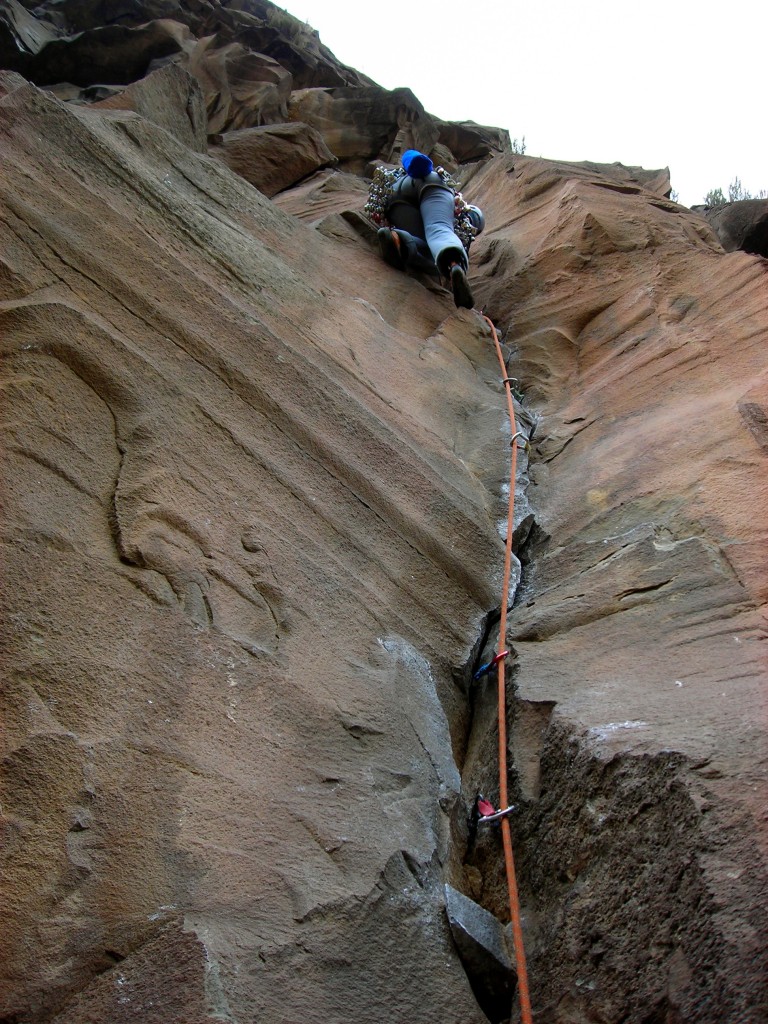 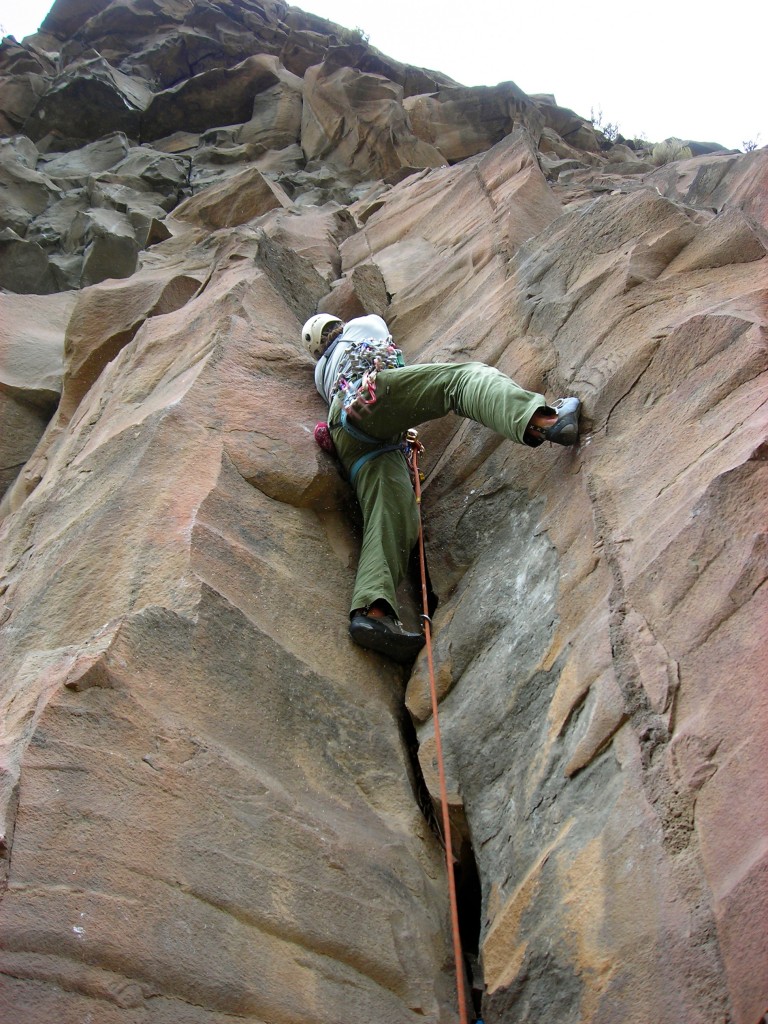 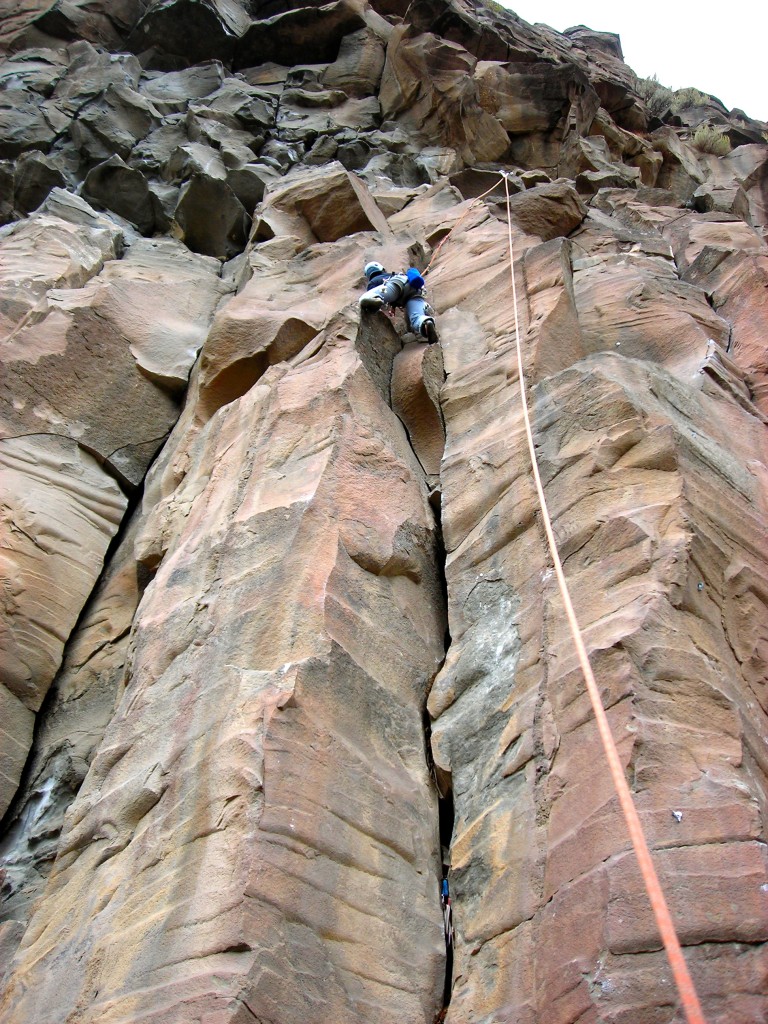 Shirley pulling through the crux of St. Paddee's Day (5.10a) on the Star Wall in Smith's Lower Gorge.

Go back to Oregon Cascades page.
Go back to Smith page.