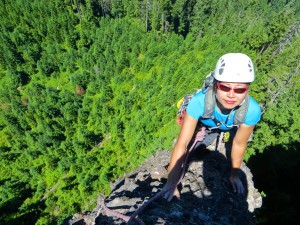 …after getting back from Alberta on Saturday evening and picking up Blondie from the sitter on Sunday morning we were flipping through the local guidebooks looking for something quick and easy nearby. Our fingers walked us right on over to the new-ish climbing area SE of Estacada called The Coethedral – bolted, multi-pitch conglomerate rock climbing. I’m usually a skeptic when it comes to “new” and especially “secret” climbing crags (most have been a lame disappointment) but I did think Coethedral looked interesting in the cascadeclimbers trip reports. And so we found ourselves hiking down with another party of three young climbers at the crack of noon. We climbed the Bewitched Direct route (3P, 5.10-) to the summit of The Witch, a semi-attached spire sticking out of the parent cliff. I gotta say it was a fun climb: tightly bolted and probably no harder than 5.8 or 5.9 but the modular knobs were exciting (nothing popped off on us though). The guys who opened up this area really put in some hard work! Back home early enough for an afternoon bbq. 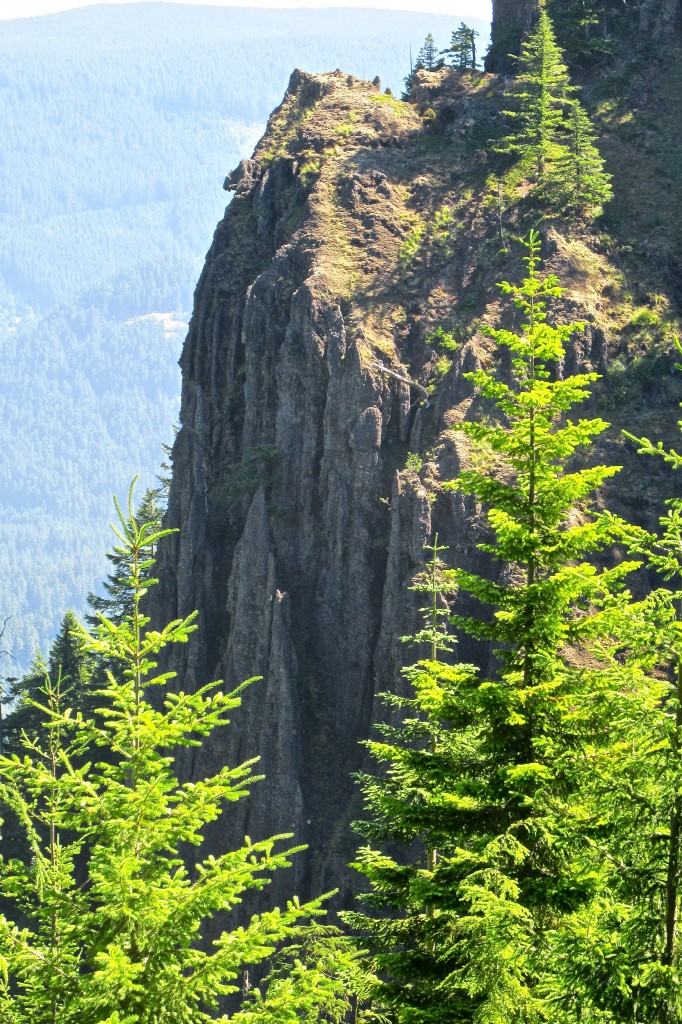 The Coethedral. Our route of choice, Bewitched, climbs left of center to the summit of a spire protruding from the face (Old Witch Pinnacle; July 2014). 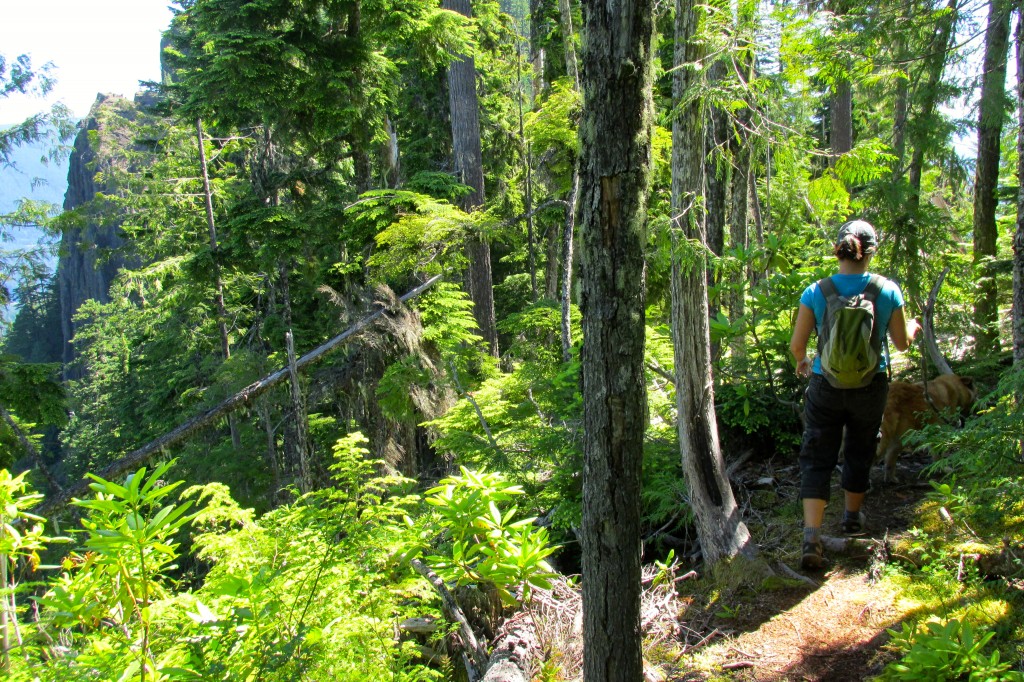 The girls hiking down to the base of the Coethedral (visible on left; July 2014). 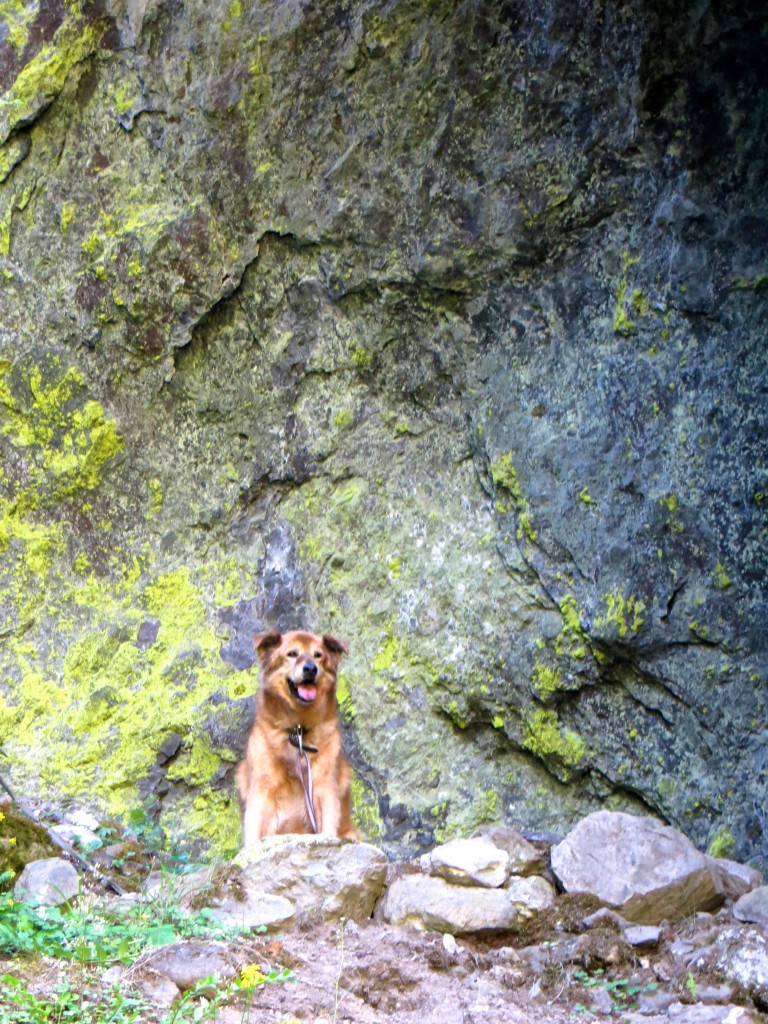 Blondie settling in to wait for us at the base of the Coethedral…well out of the way of any earth-bound nubbins (July 2014). 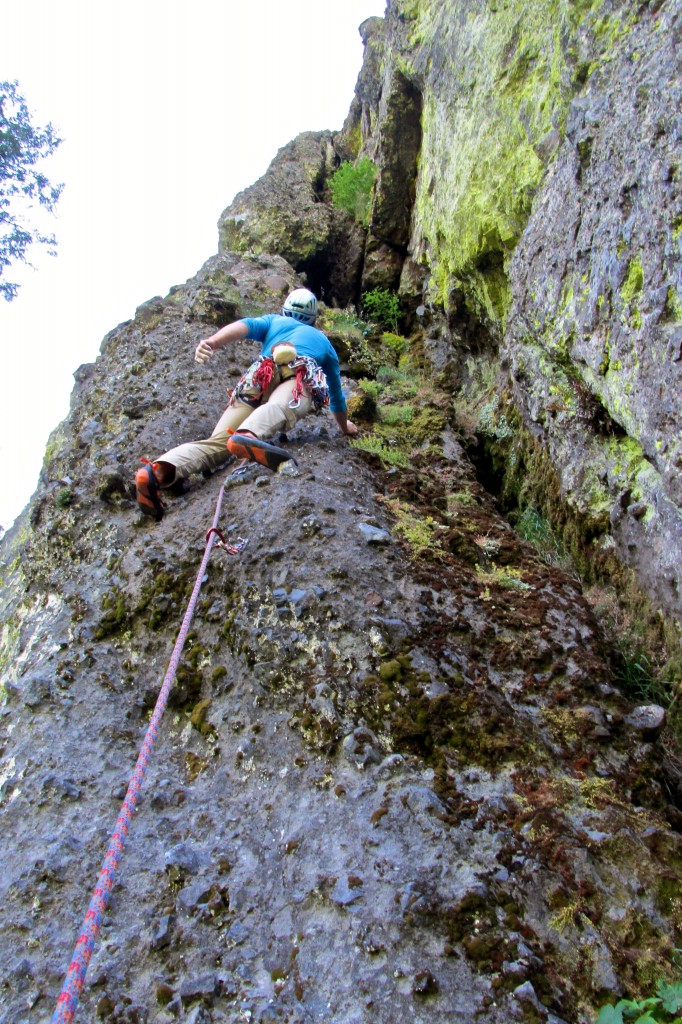 Starting up Bewitched…guess we did what would be called Bewitched Direct (i.e. straight up that mini roof at the break in the face above). 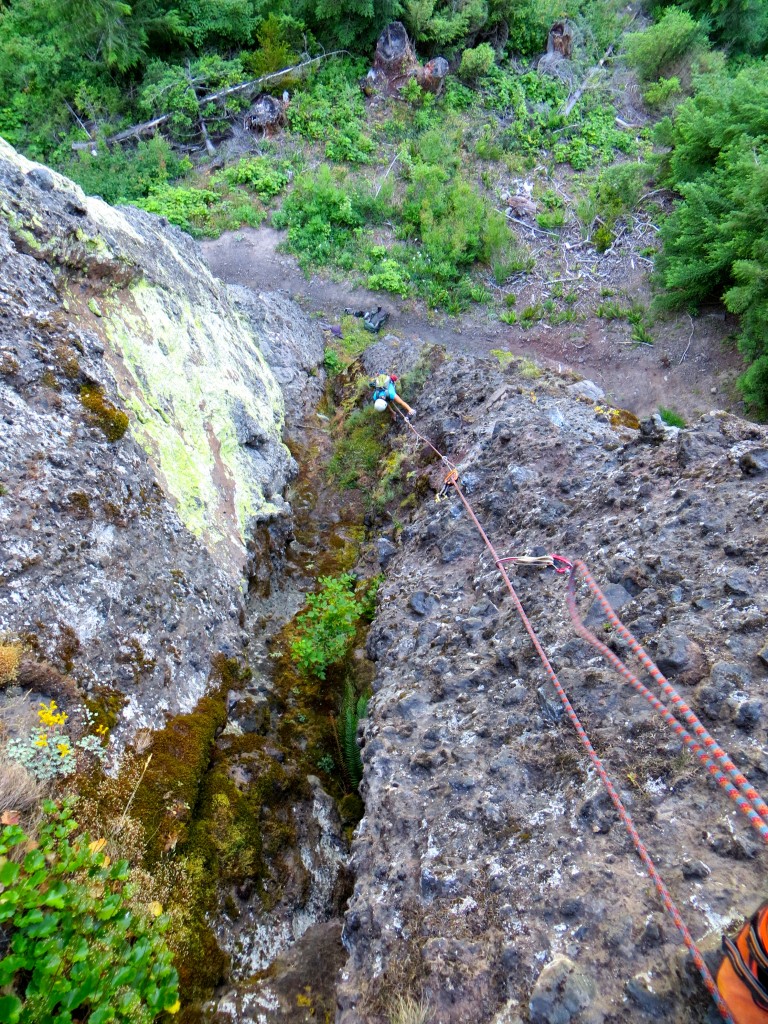 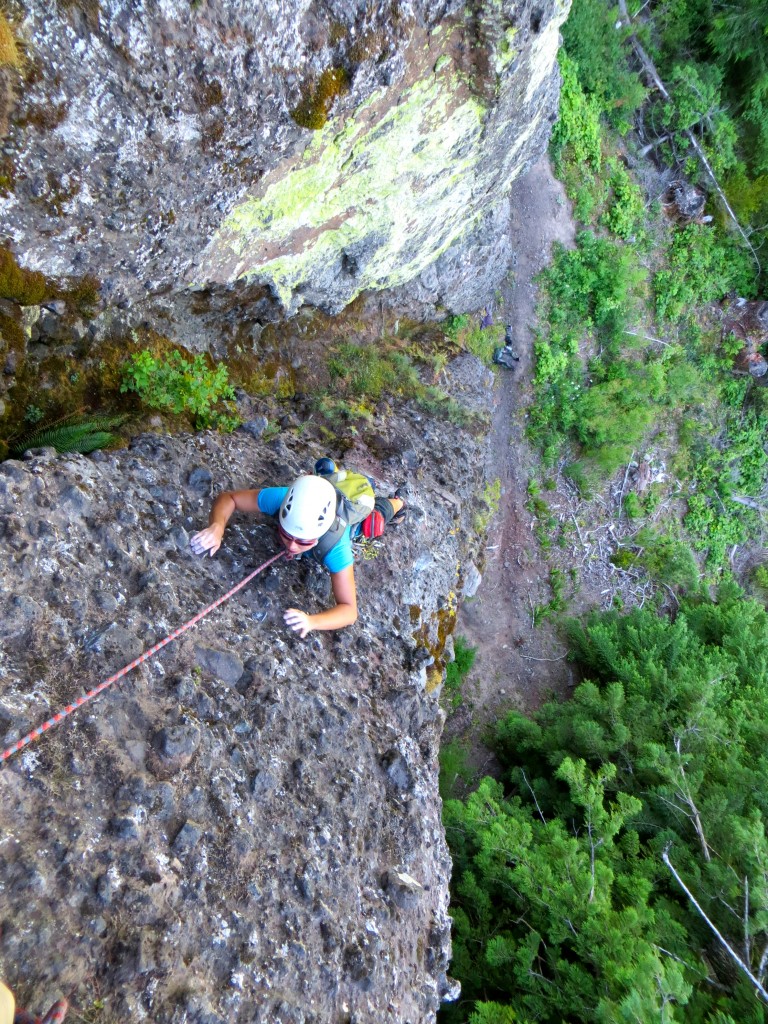 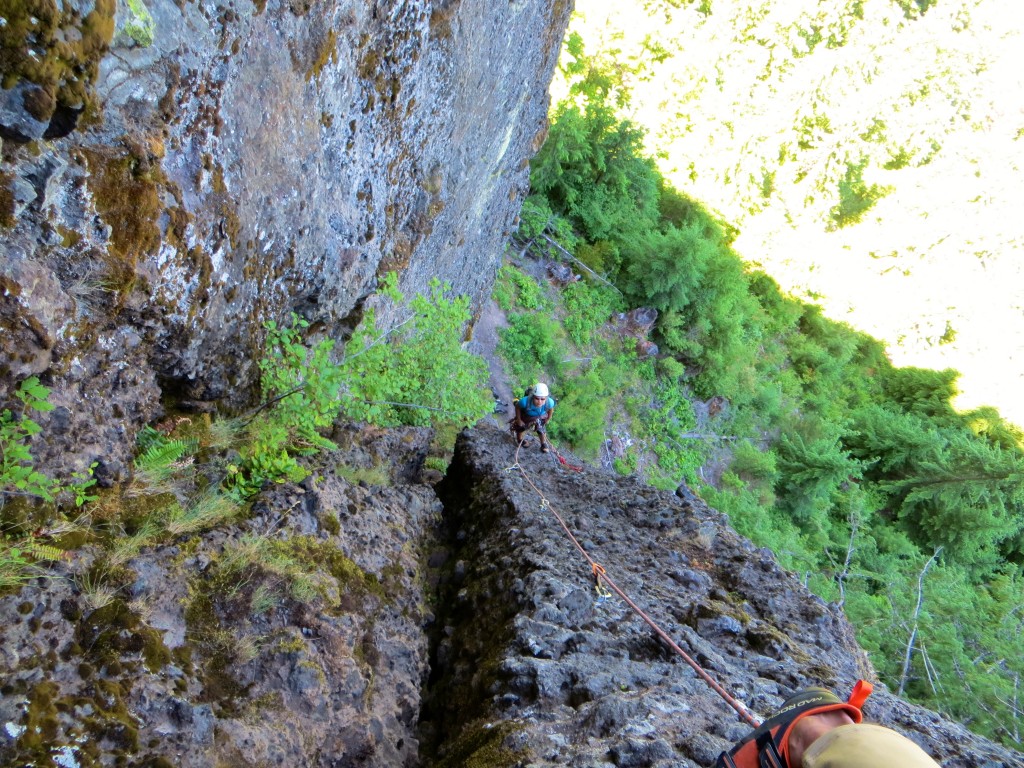 Looking back at Shirley from the beginning of the looong pitch 2 of Bewitched (July 2014). 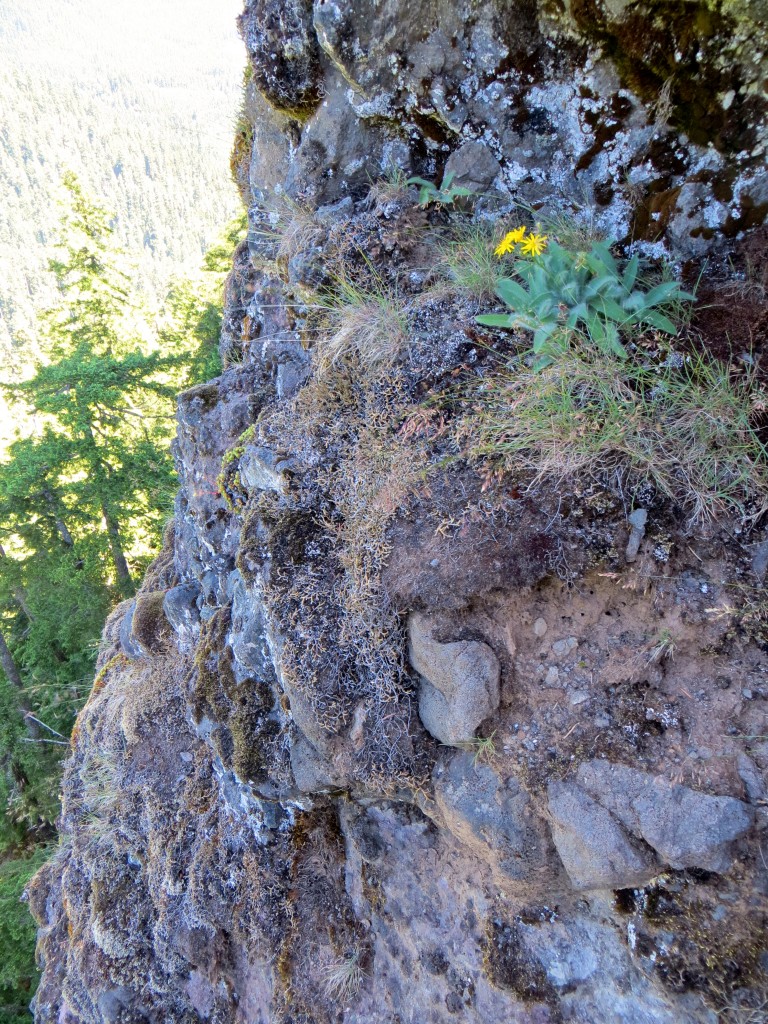 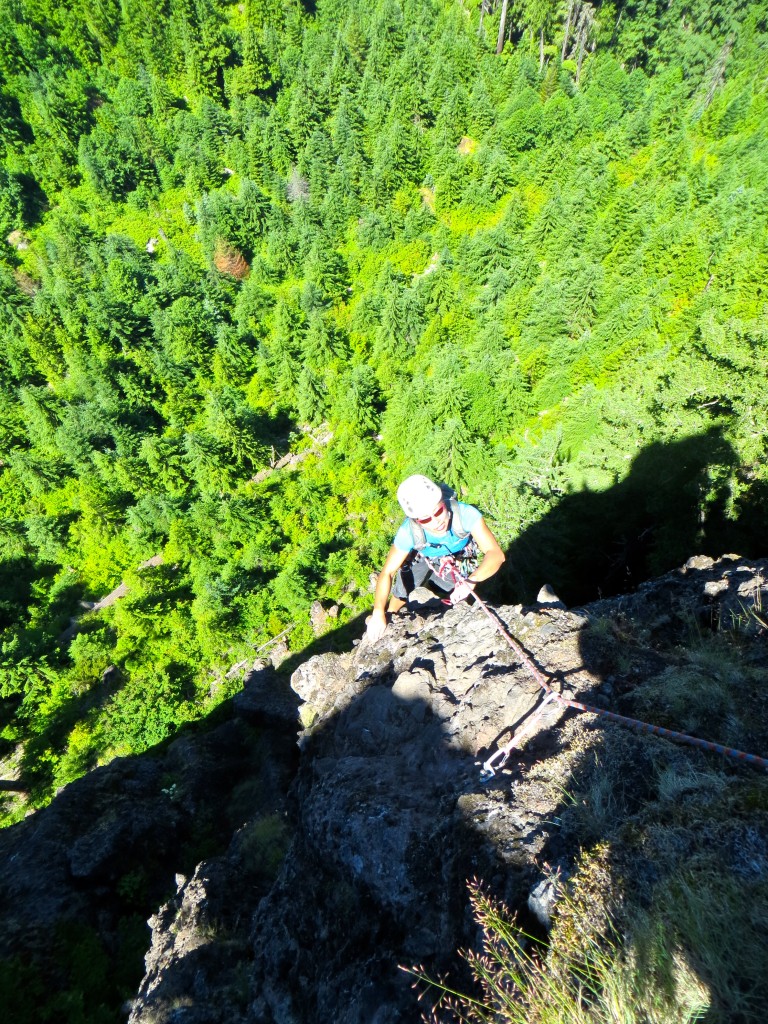 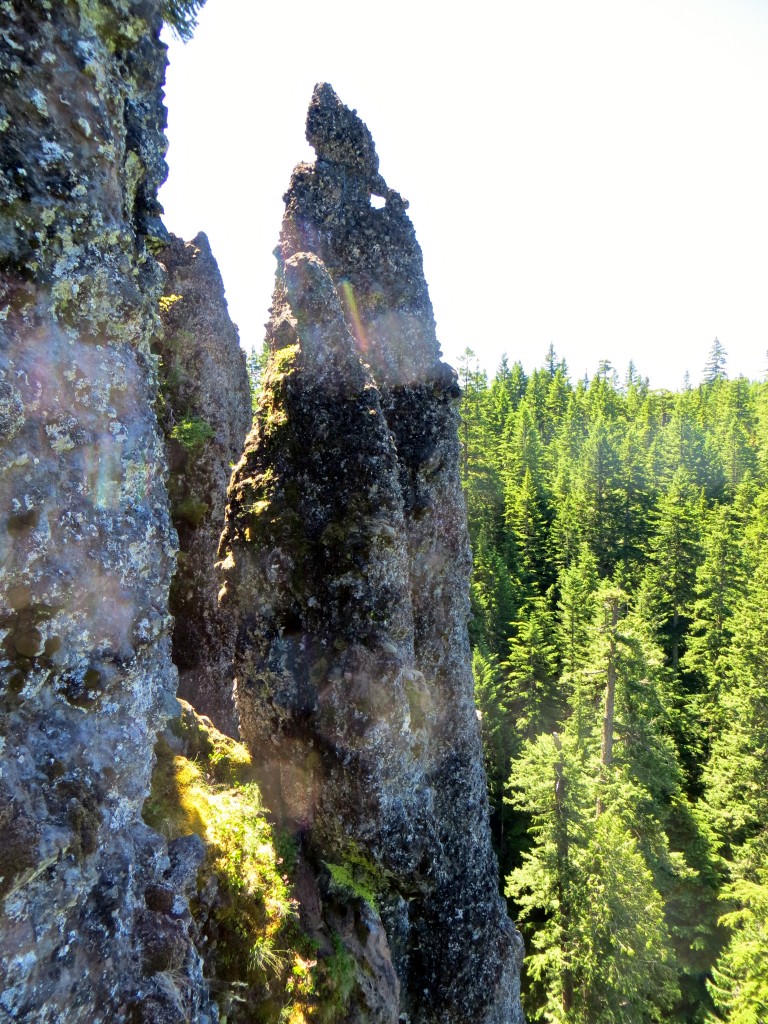 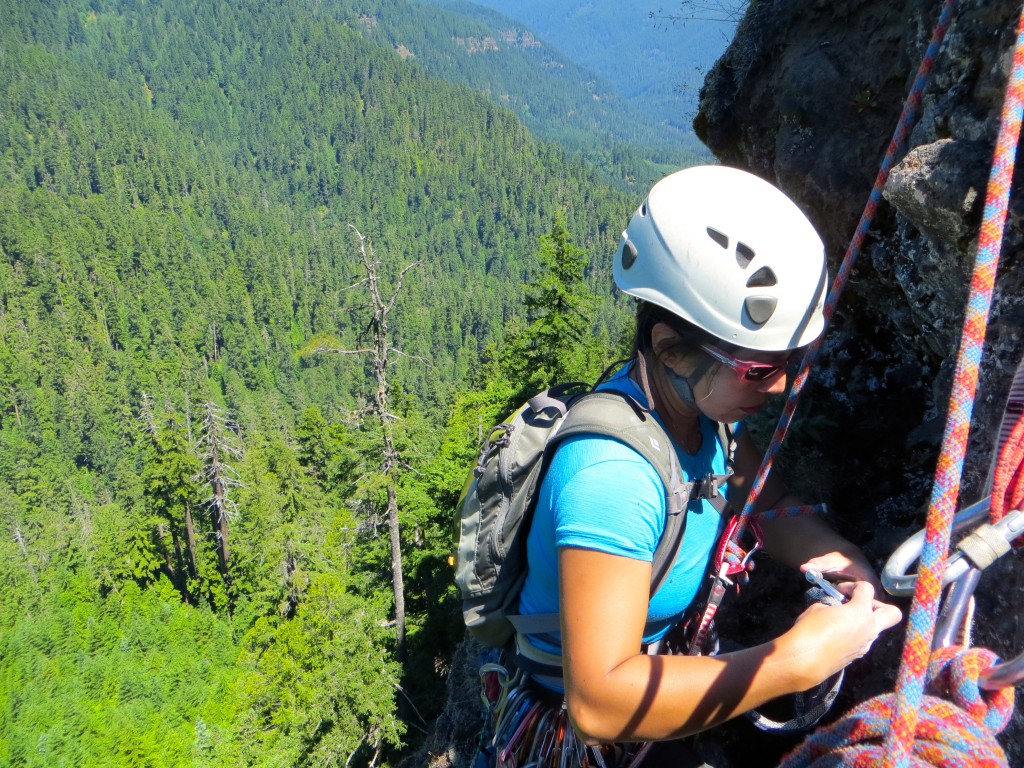 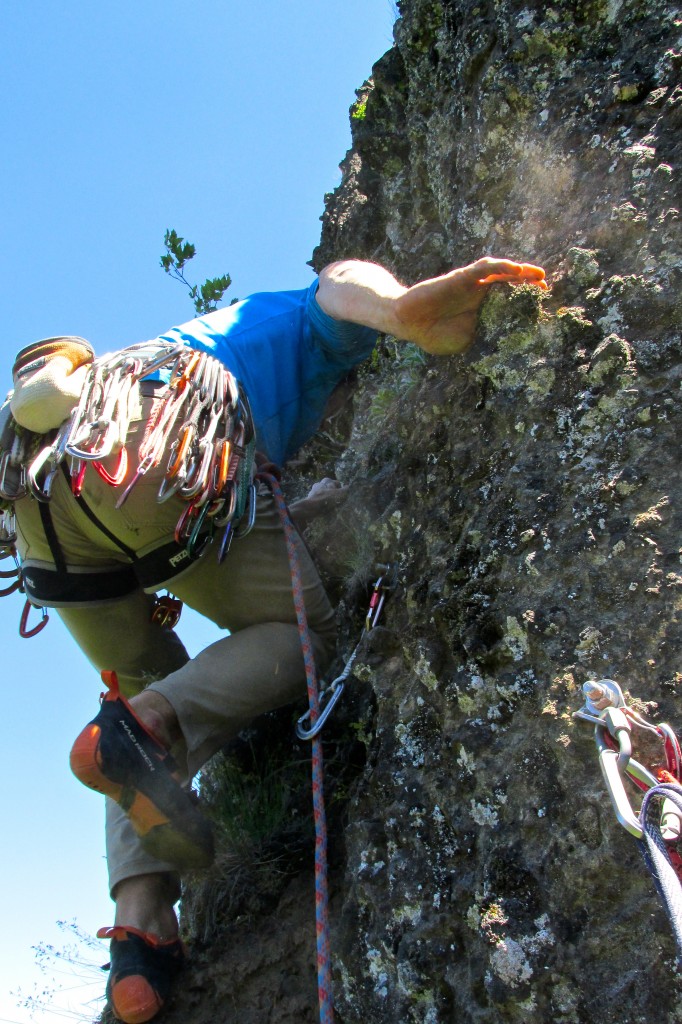 Choss dance: keep your weight distributed on at least 3 points of contact at all times. Pitch 3 of Bewitched (July 2014). 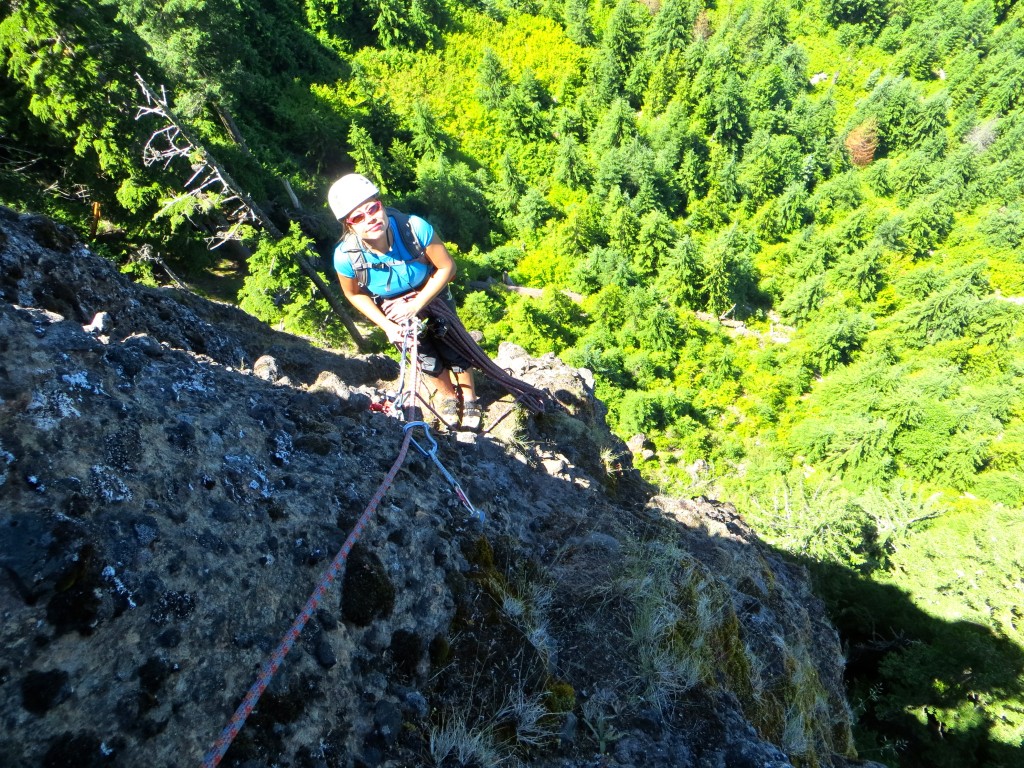 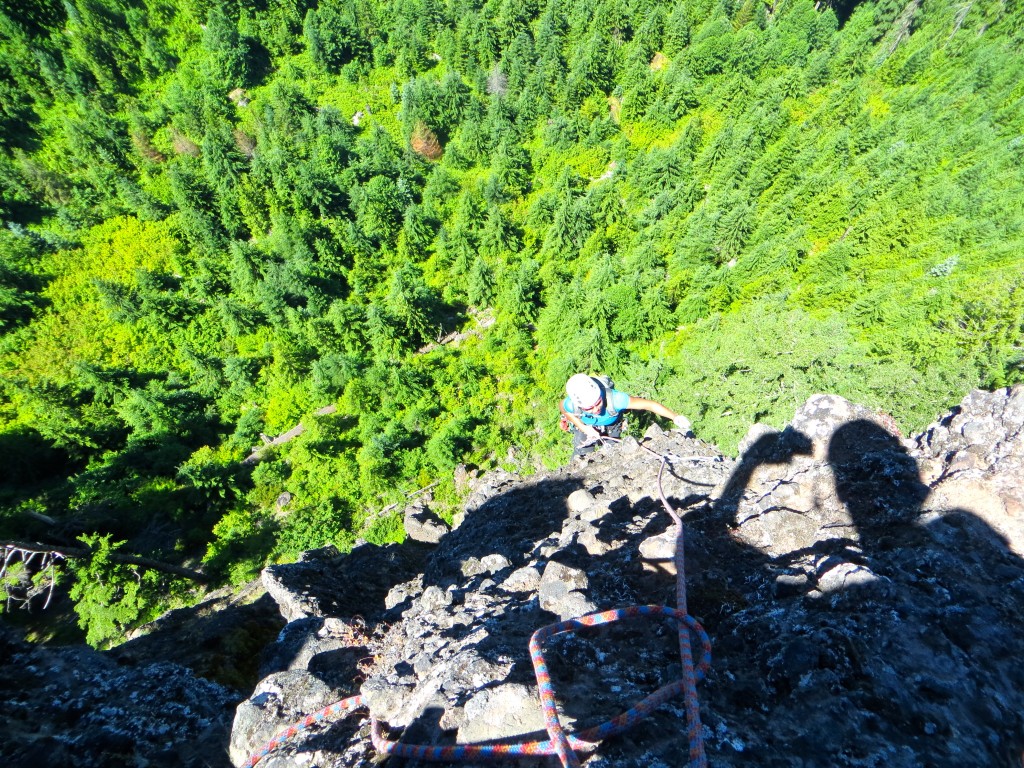 Nearing the summit of the Old Witch Pinnacle (July 2014). 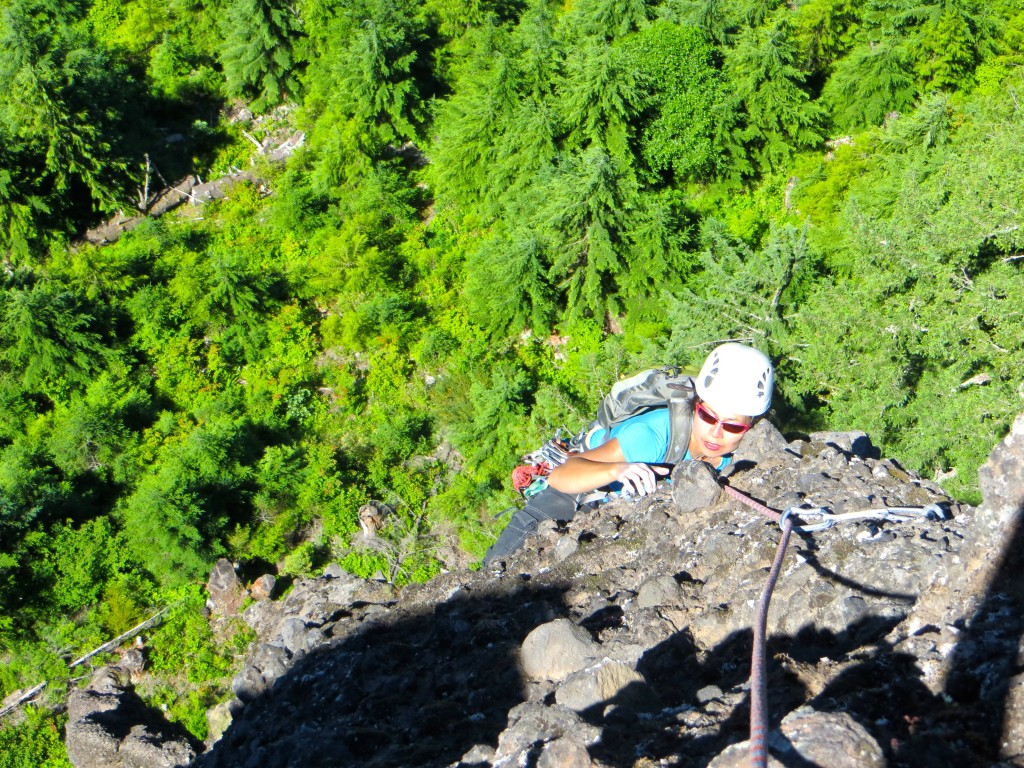 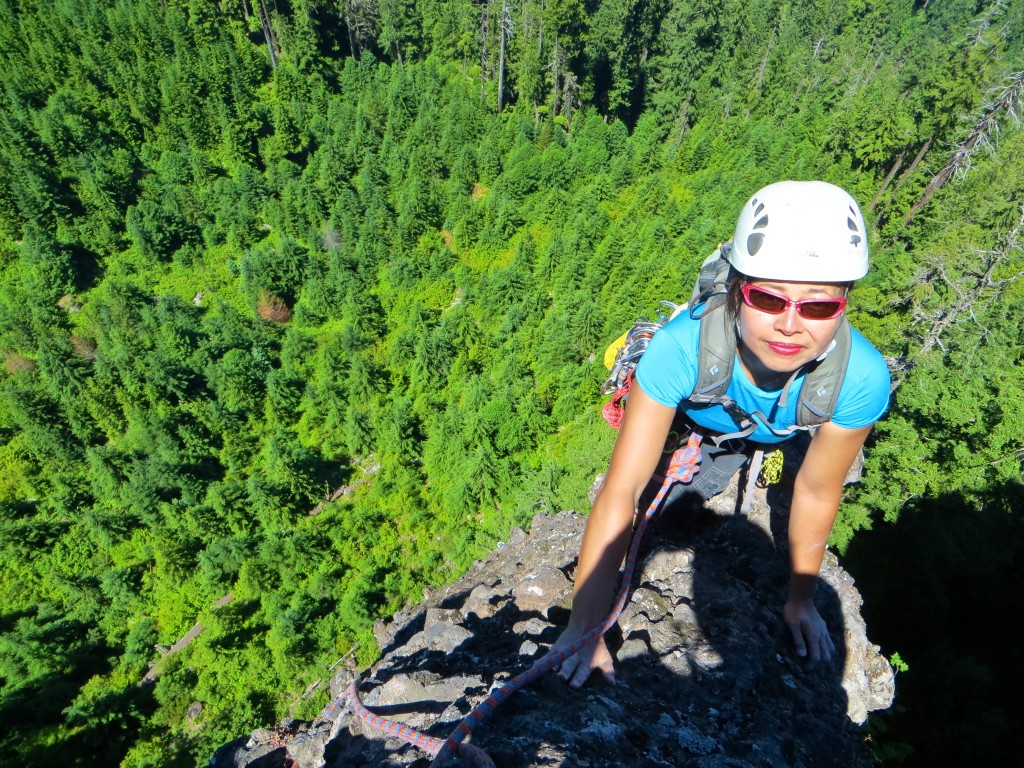 Shirley absolutely adoring the Oregon sport chossaneering as she tops out on Bewitched (& the summit of Old Witch Pinnacle). 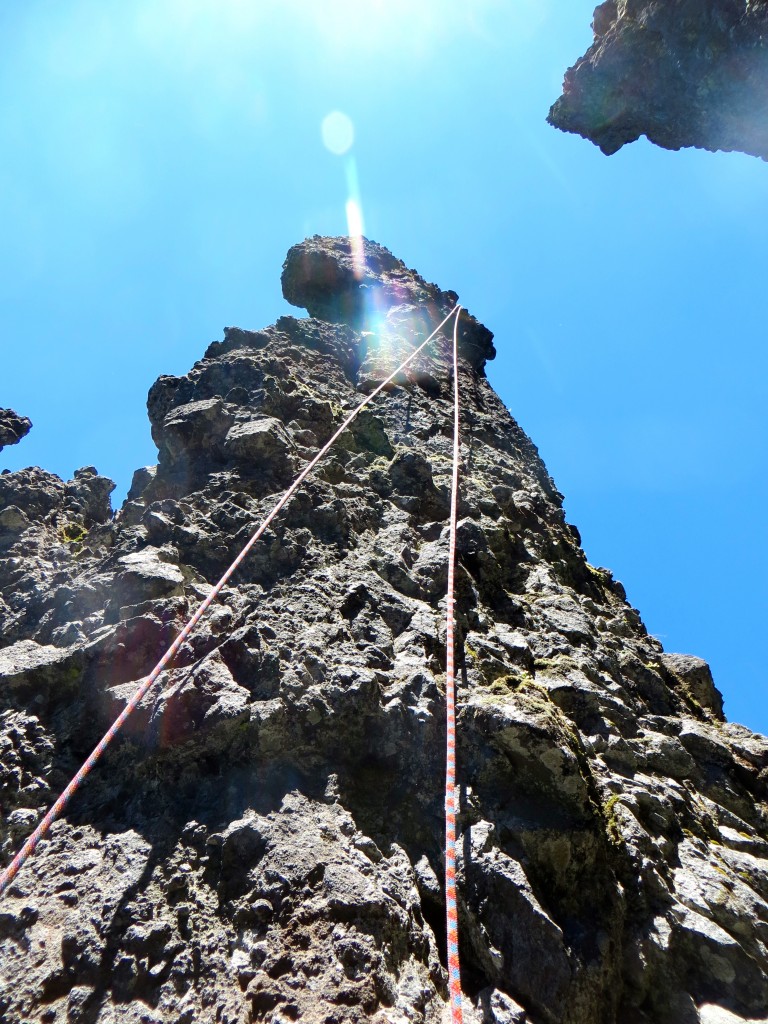 Looking up at the Old Witch Pinnacle from the notch on the way down (July 2014). 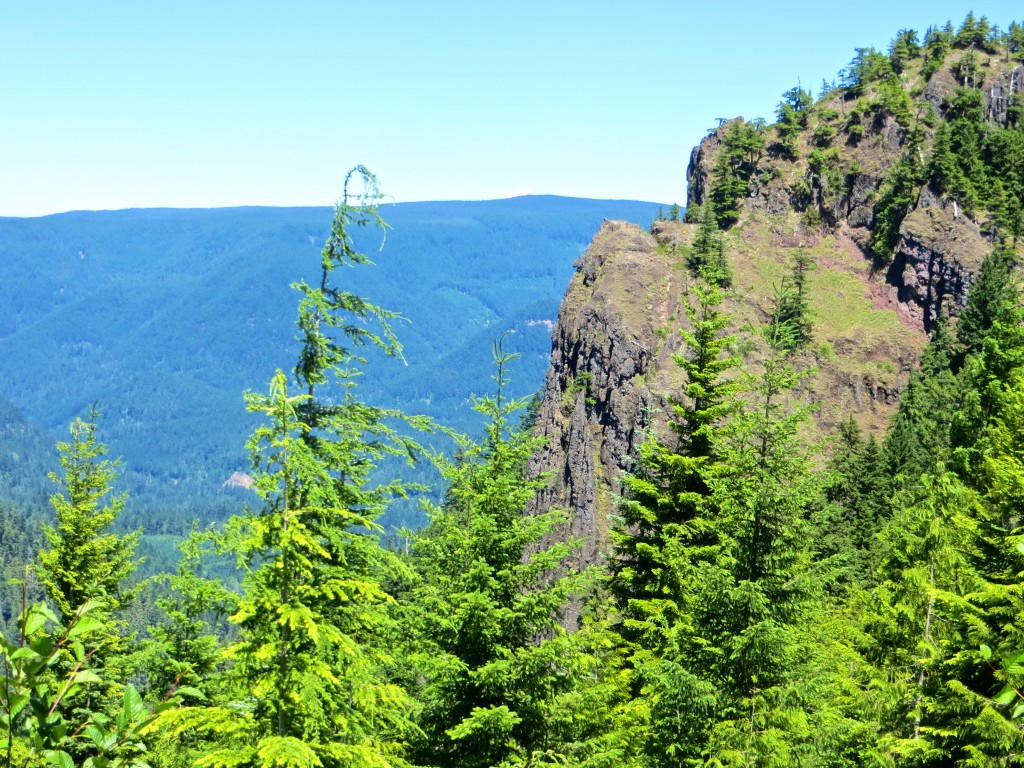 Another shot of the Coethedral from near the trailhead (July 2014).