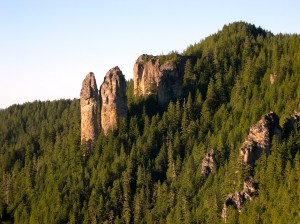 Nearly 13 years after climbing the North Ear (and a decade after Turkey Monster), we came back to the Menagerie looking for a quick choss fix. Two hiccups: a flat tire 5 miles into the forest service roads necessitating a return to the Sweet Home Les Schwab and an entangled dog at the base of the climb requiring a bail from pitch two to “rescue” the mutt. No summit but our friend Josh did get his first experience climbing rock (after an impressive immersion in plastic wanking over the last year and a half). 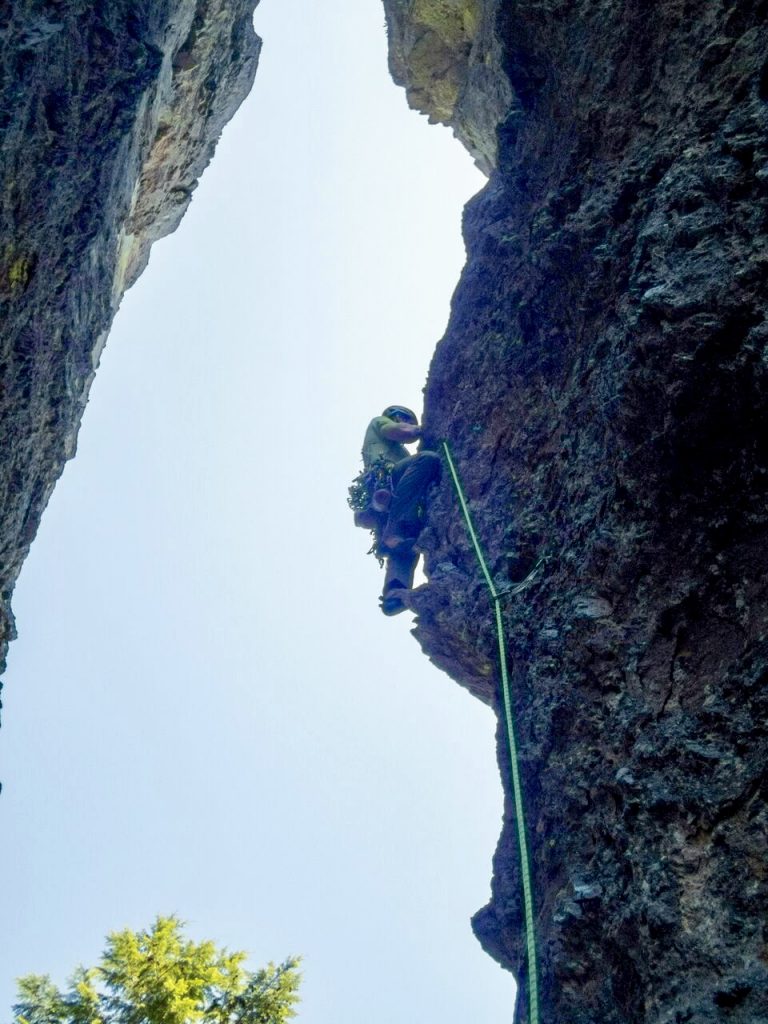 Leading pitch 1 of the Standard Route on the South Rabbit Ear. Some of the bolts on this pitch have been modernized since we’ve climbed the other Ear (and the pitch 2 anchor is spanking new; Aug. 2017). 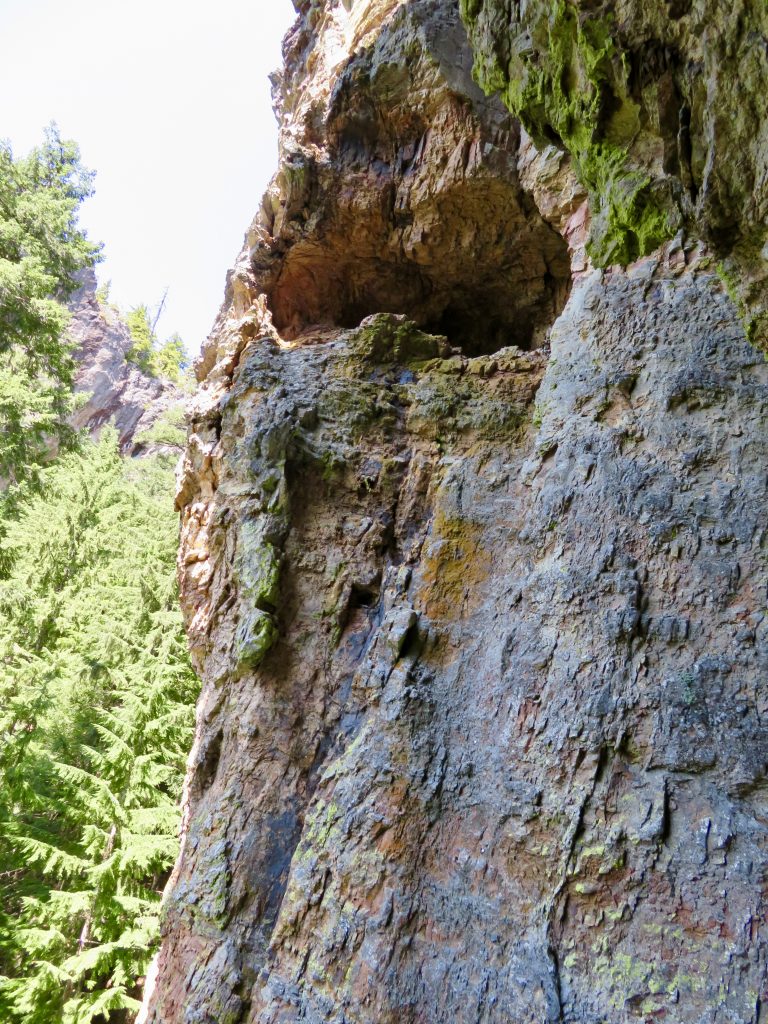 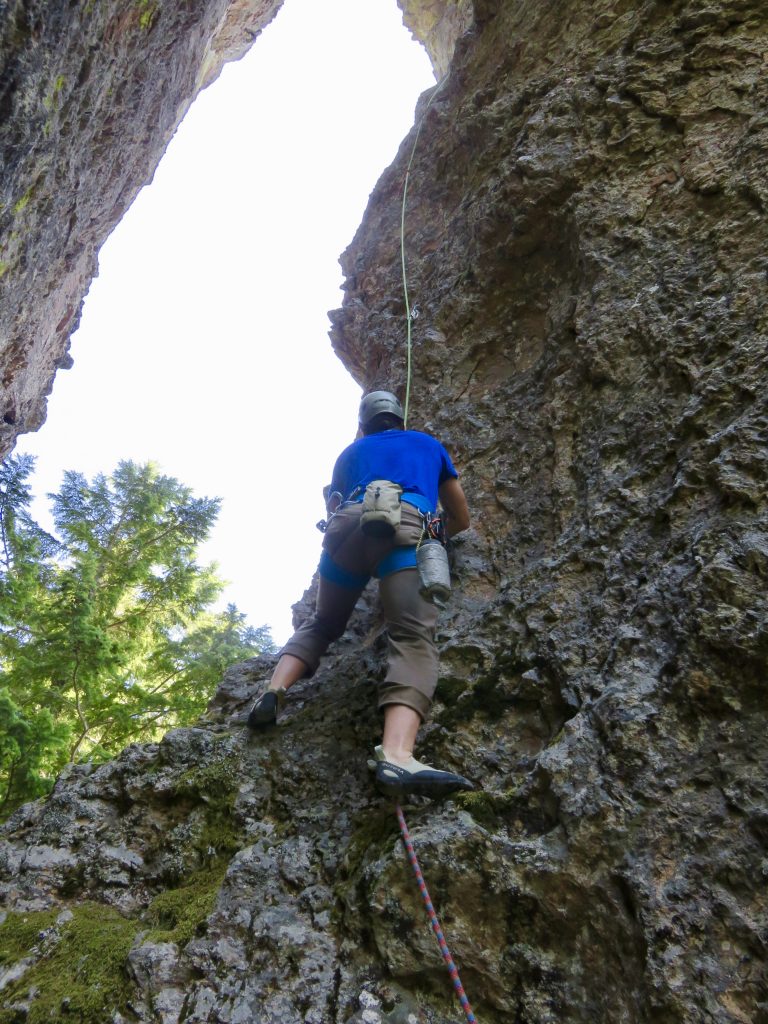 Josh starting up the route – first time fondling rock as far as we know (Aug. 2017). 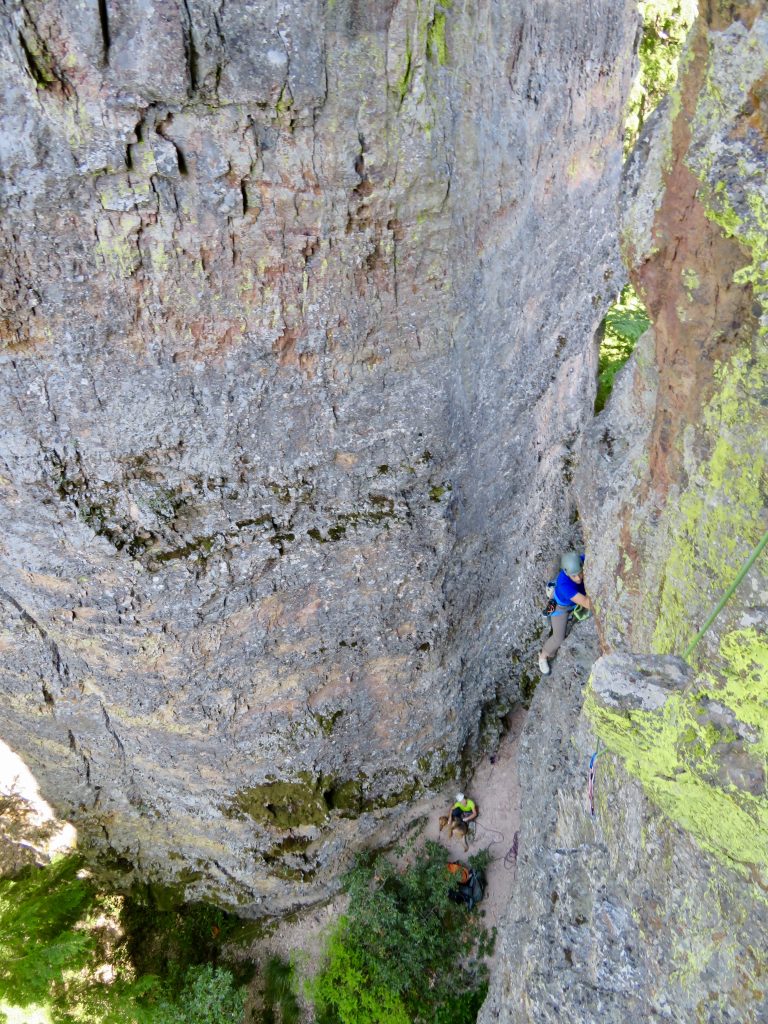 Josh on the pitch 1 traverse of the Standard Route of South Rabbit Ear. Shirley and Benny are in the notch below (Aug. 2017). 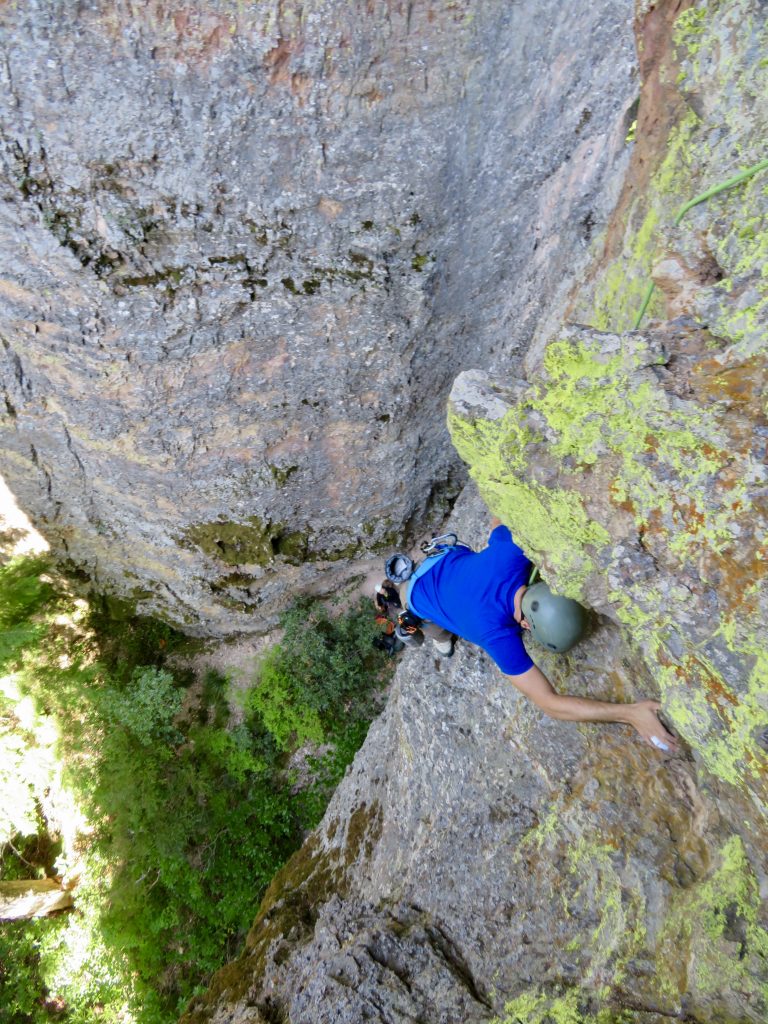 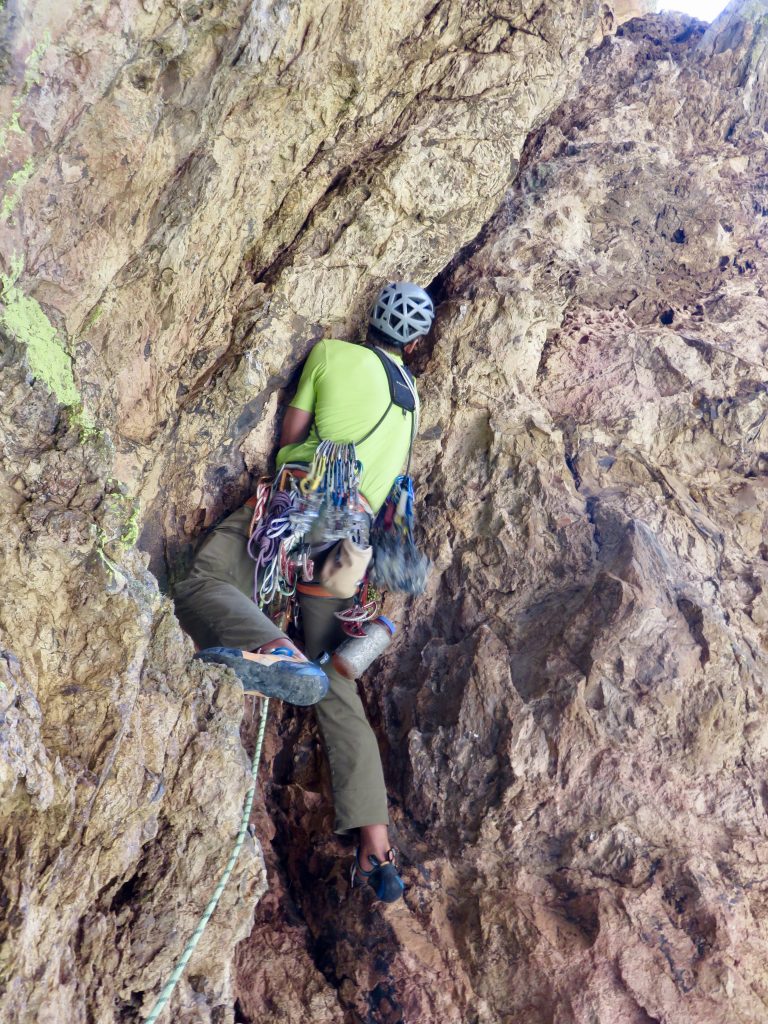 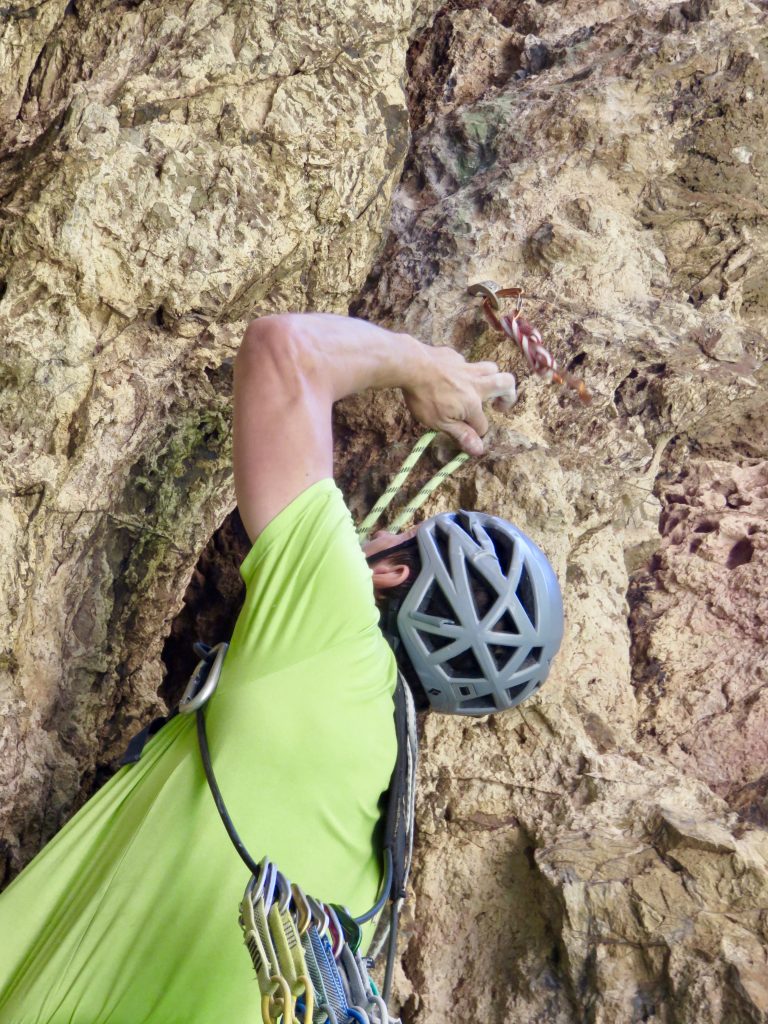 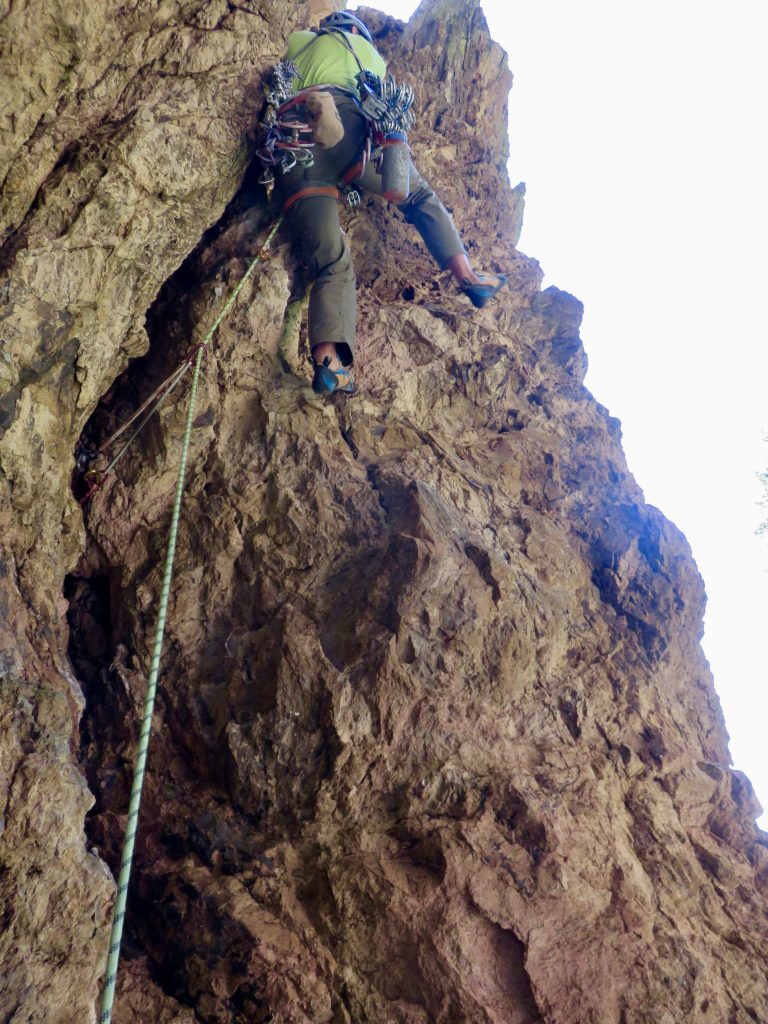 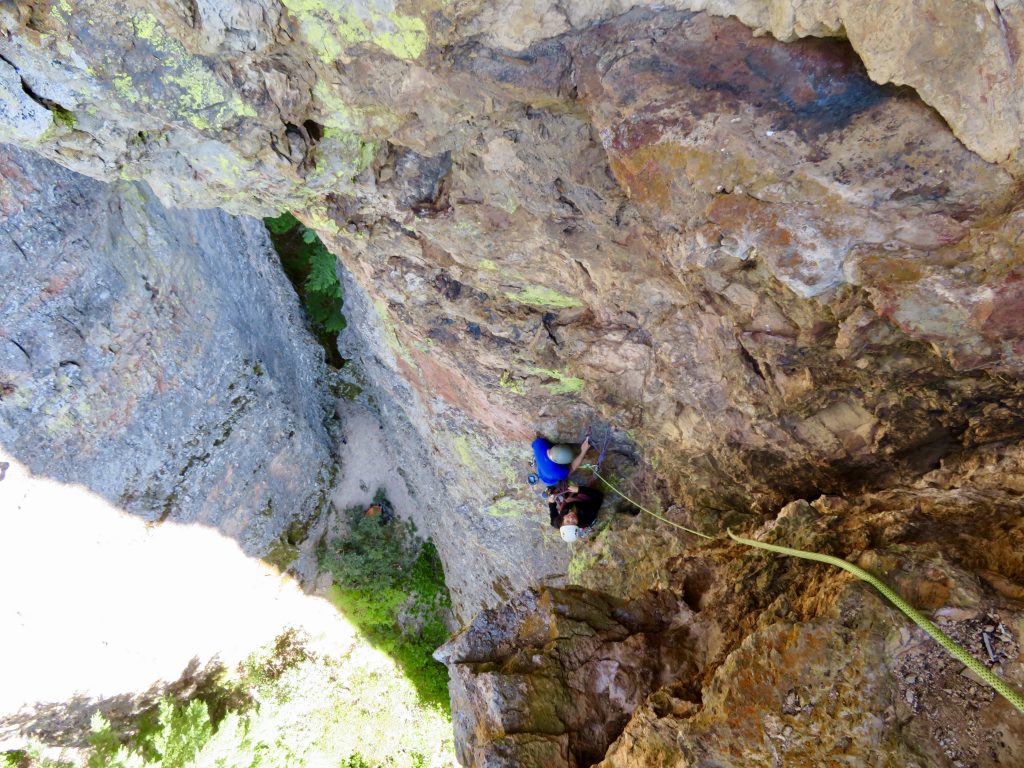 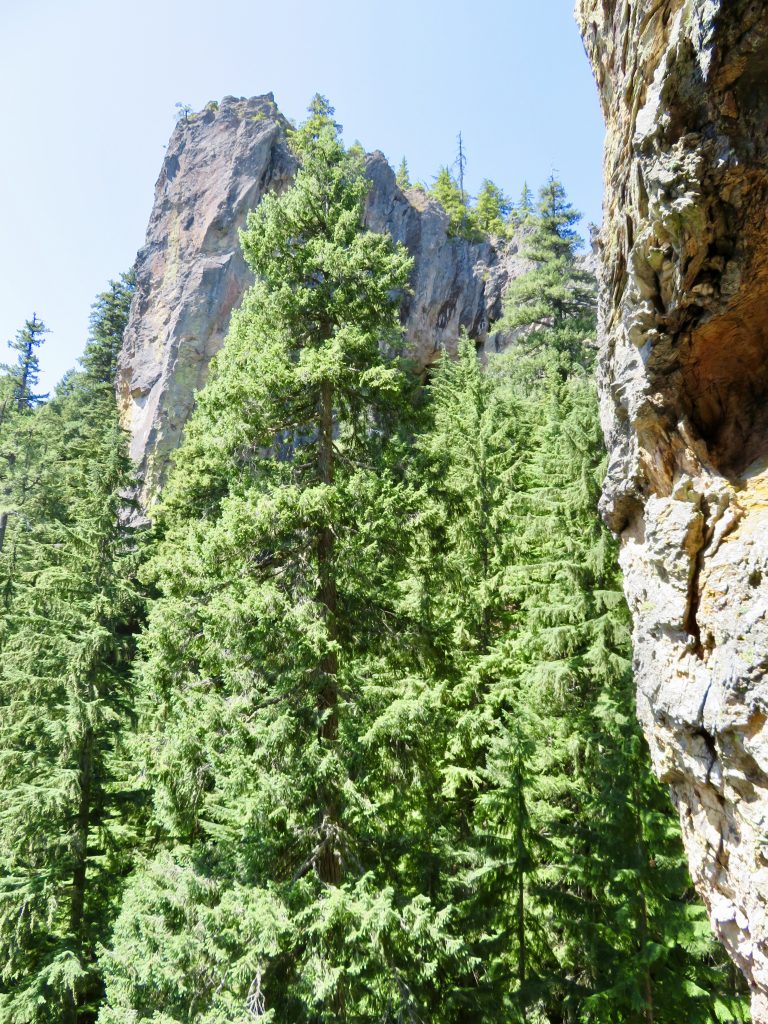 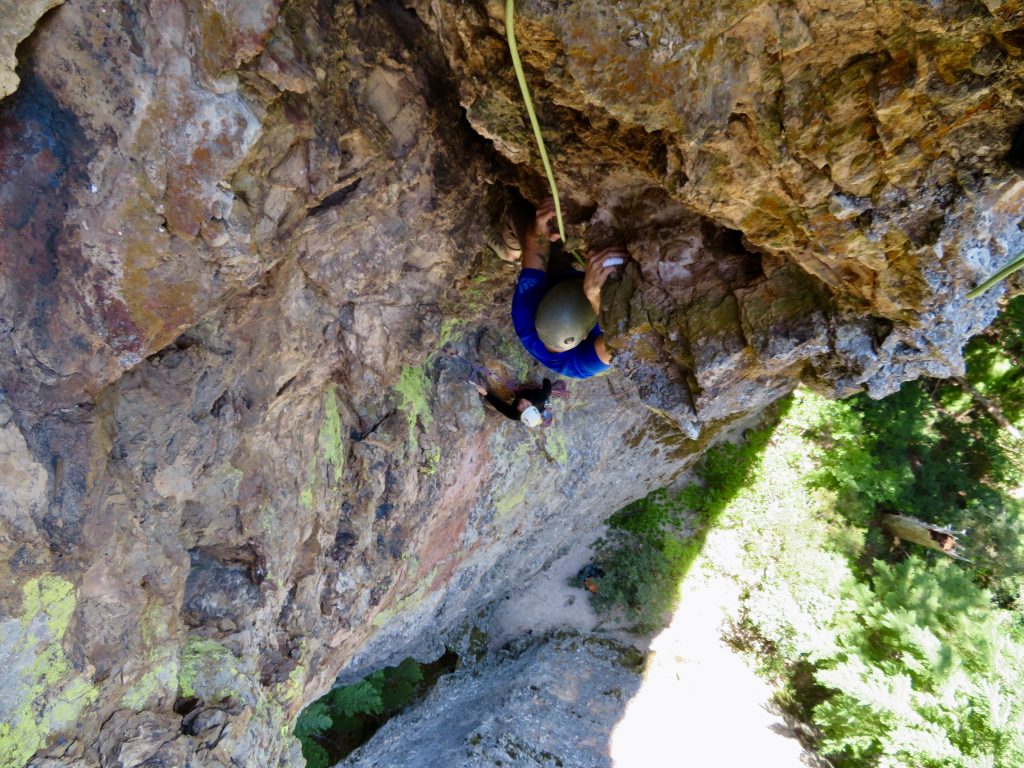 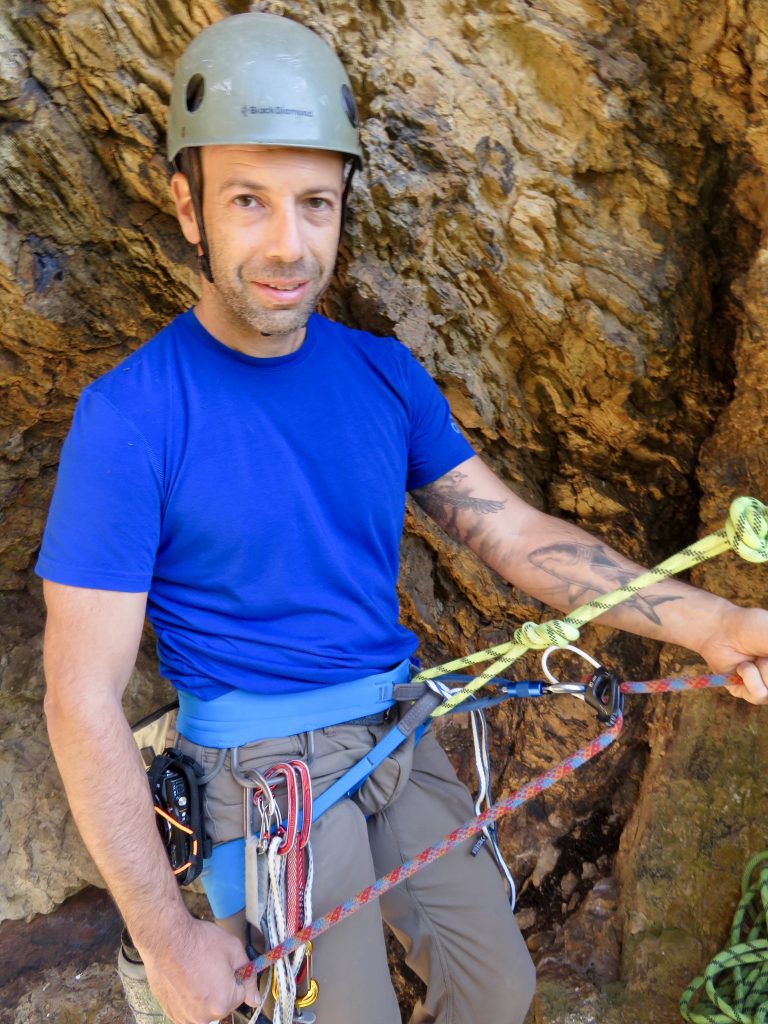 Josh bailing from pitch 2…Benny’s fault – OK maybe my fault for not tying him well at the base (Aug. 2017). 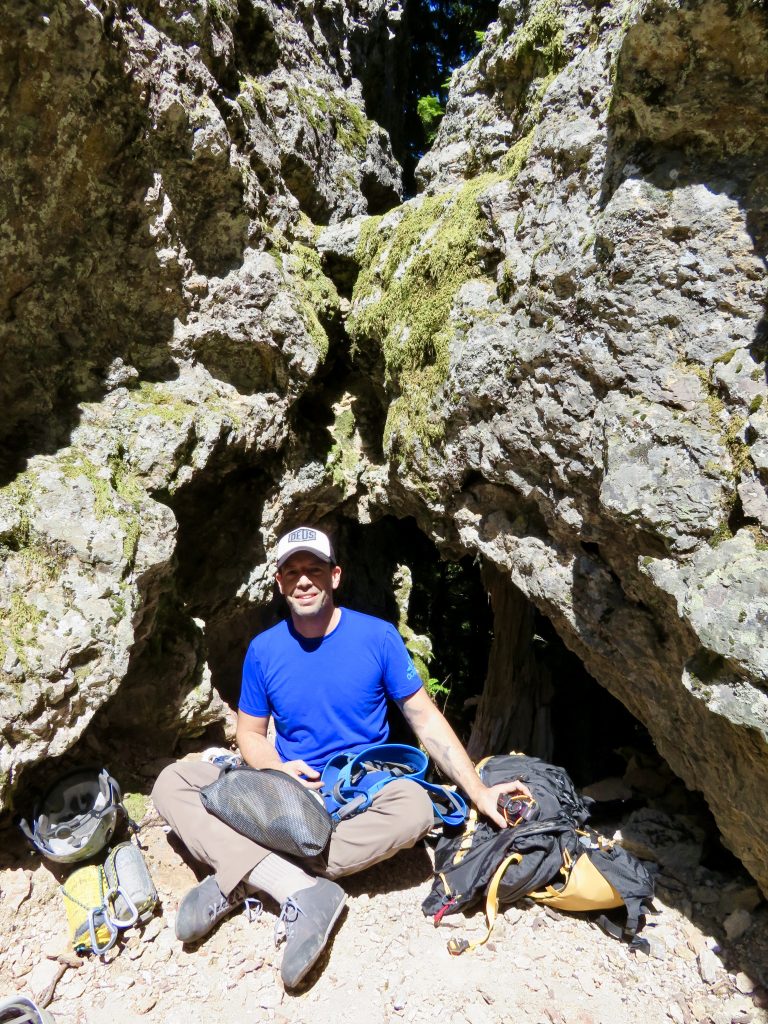