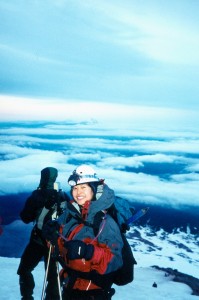 Sunrise on the summit.

Mid-June, 2001. Climbed Hood for the first time via its South Side Route. This was our 2nd Cascade volcano (after being guided up Shasta) and we went with some of Shirley’s friends from work. It was from this crew that we were initially exposed to the Mazamas. Early days of a soon-to-explode sickness in our lives… 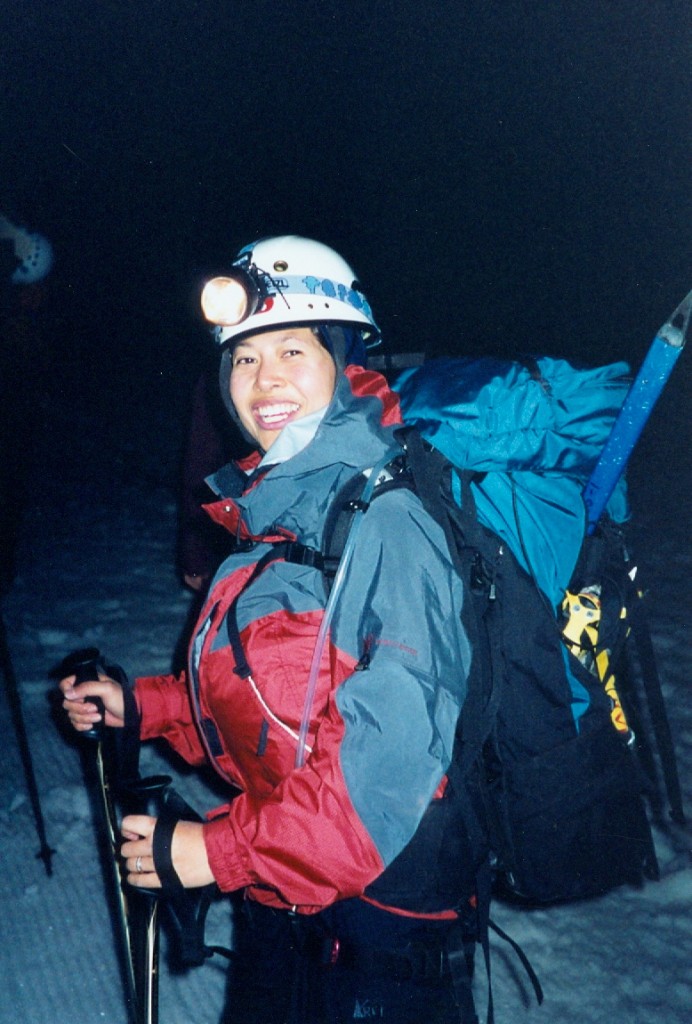 Setting out for the summit of Mount Hood from Timberline (June 2001). 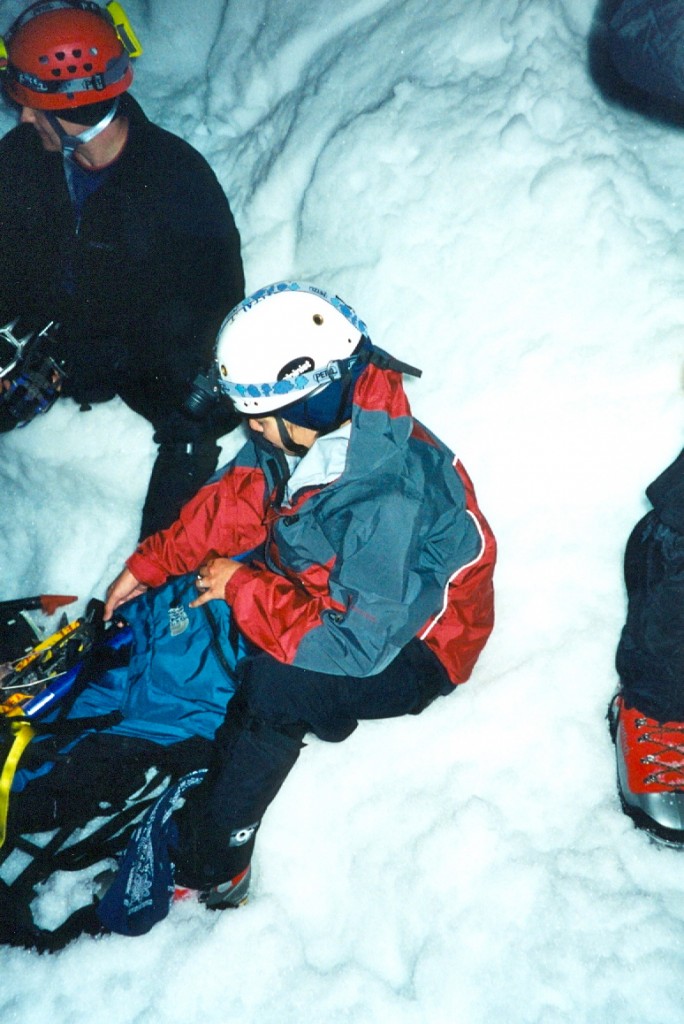 Shirley taking a break somewhere on the slog up the South Side of Hood (June 2001). 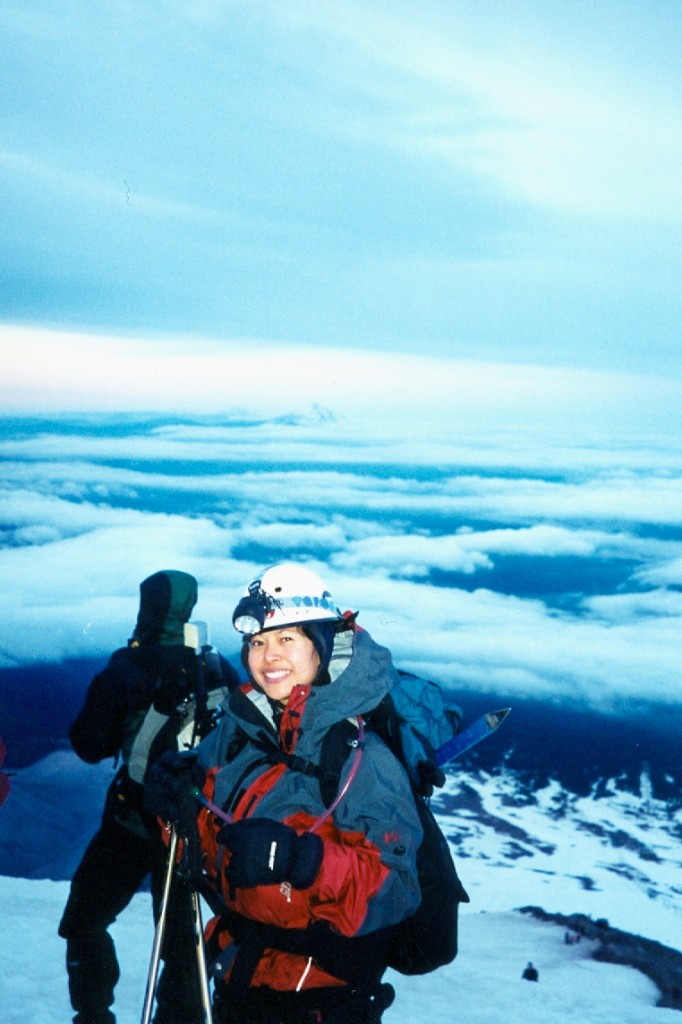 Shirley enjoying the sunrise on the summit of Mount Hood – June 2001.