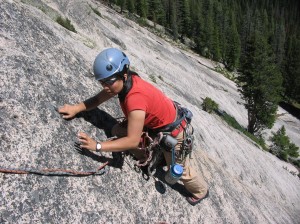 Super Slab – Bacon And Legs (5.9). A nice, small slab climbing crag about 30-45 minutes hiking time from the far-side Redfish Lake marina. So far we did one route there as a consolation prize (if I recall) after being stormed off elsewhere. Fun stuff, a touch run out in places of course but this one wasn’t too bad. 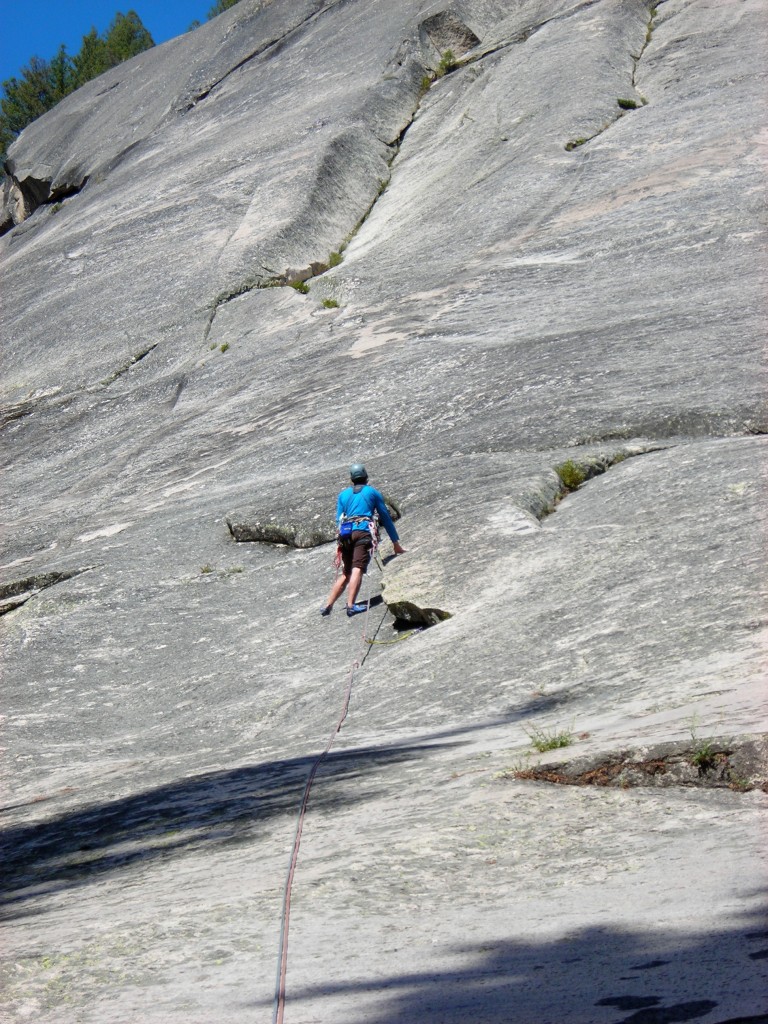 Considering the first pitch of Bacon & Legs (5.9) on Superslab. Goal is the base of the right-facing dihedral above (August 2007). 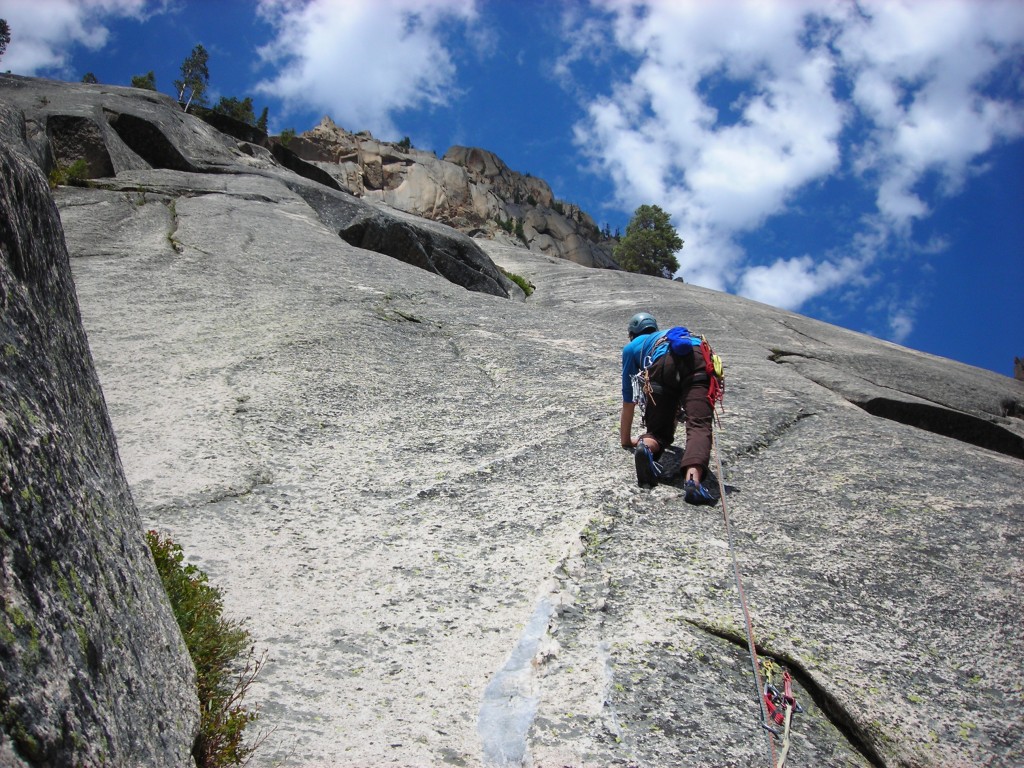 Starting the lead of P2 of Bacon & Legs (5.9) on Super Slab. Tad of a stretch to first bolt with gear aimed at protecting the anchor. Wide angle view of same position is here (August 2007). 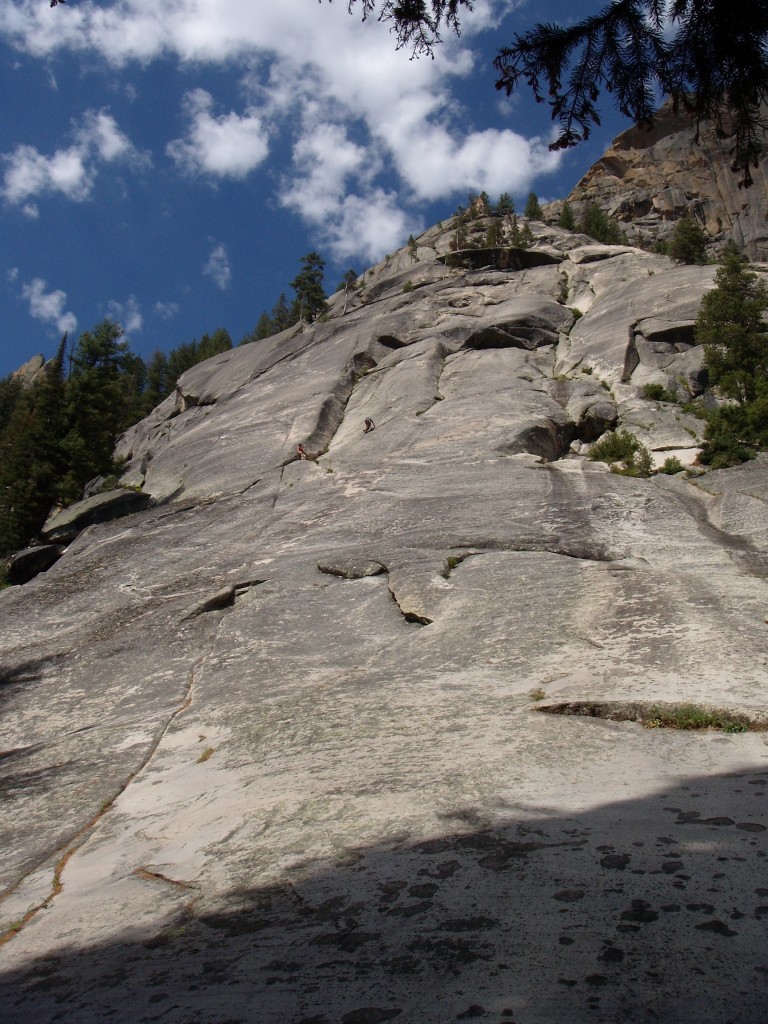 Yours truly starting P2 of Bacon & Legs (5.9) with Shirley belaying. Close-up shot is here. There are patches of 'teflon' down low on the low angle apron...sllllllick (August 2007). 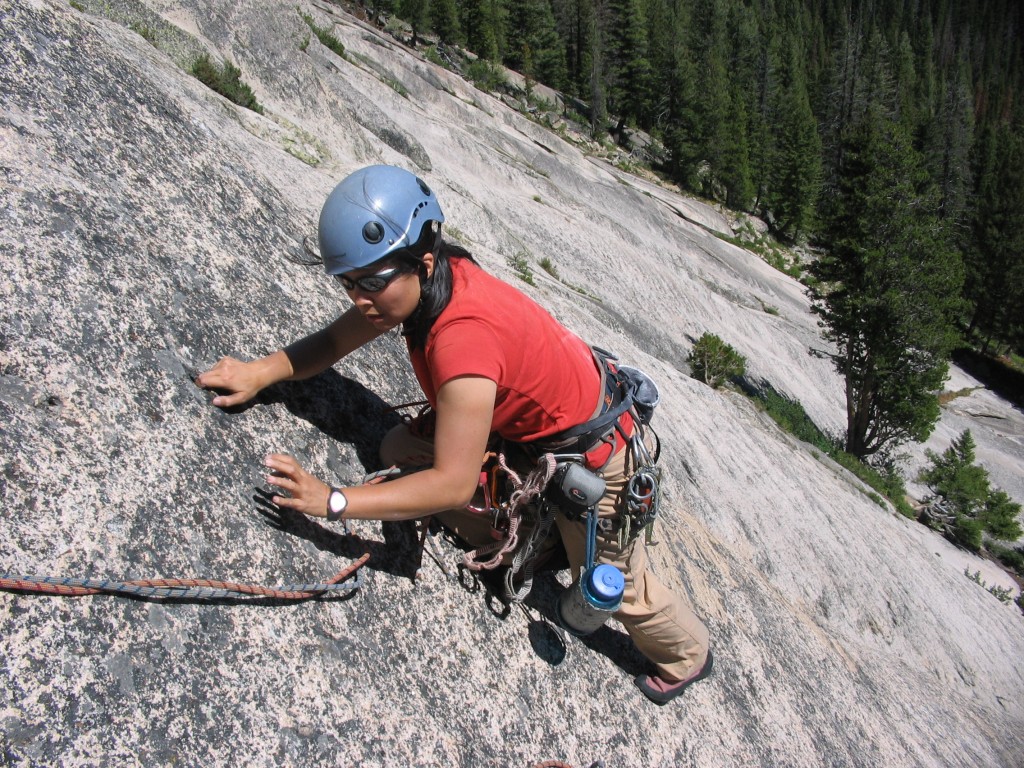