Go back to the Sawooths page. 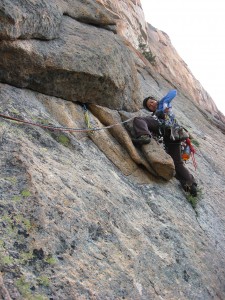 Shirley starting up pitch 2 of Astro Elephant. Think this was the hardest pitch maybe.

Given that Idaho climbing was kind to us two weeks earlier, Shirley & I headed back to the spud state over the 3-day Independence Day Weekend. Our intended climb was the well-reputed Astro Elephant (IV 5.10-) route on the Elephants Perch. We wanted to do this climb three years earlier but after talking to a party (fresh off the climb) in camp, we chickened out and did the Sunrise Book instead. The talk of thin and run-out face climbing high up on the route was still on our minds as we ate dinner in camp the night before the climb last weekend. Armed with AJones’s great beta and having read other TR’s online (cascadeclimbers one and Brad’s TR), we figured that at least route finding would not be an issue.

As Shirley has been leading stronger than me lately, we swapped leads all the way. Indeed, I believe Shirley got the toughest technical pitch of the route (pitch 2, where my fat ass fell on TR) while I got the chest-hair-promoting lead up higher. The climbing was sustained in the 5.9 range with occasional spikes in difficulty. The rock was perfect all the way. Maybe I relaxed a bit too early (or maybe I’m retarded) but I screwed up route finding just below the top (where one should not really mess up) which cost us an additional 2 pitches, some C1 sections and an A0-penji to regain our line. There are likely other mentally deficient climbers like me out in the world as I found some fixed gear on my little deviation. We topped out though our time was nowhere near as fast as AJones & GCutforth mention in their nice TR.

On the third day, we woke up at the ass crack of dawn to catch the 9am shuttle boat and in turn to make Portland before 7pm to pick up Blondie from the doggie motel. A great line and a great weekend was had by all (…well, except for Blondie who was stuck at the kennel with her gimp paw).

Many thanks to AJones for great beta & for mailing us some older published material a while back. 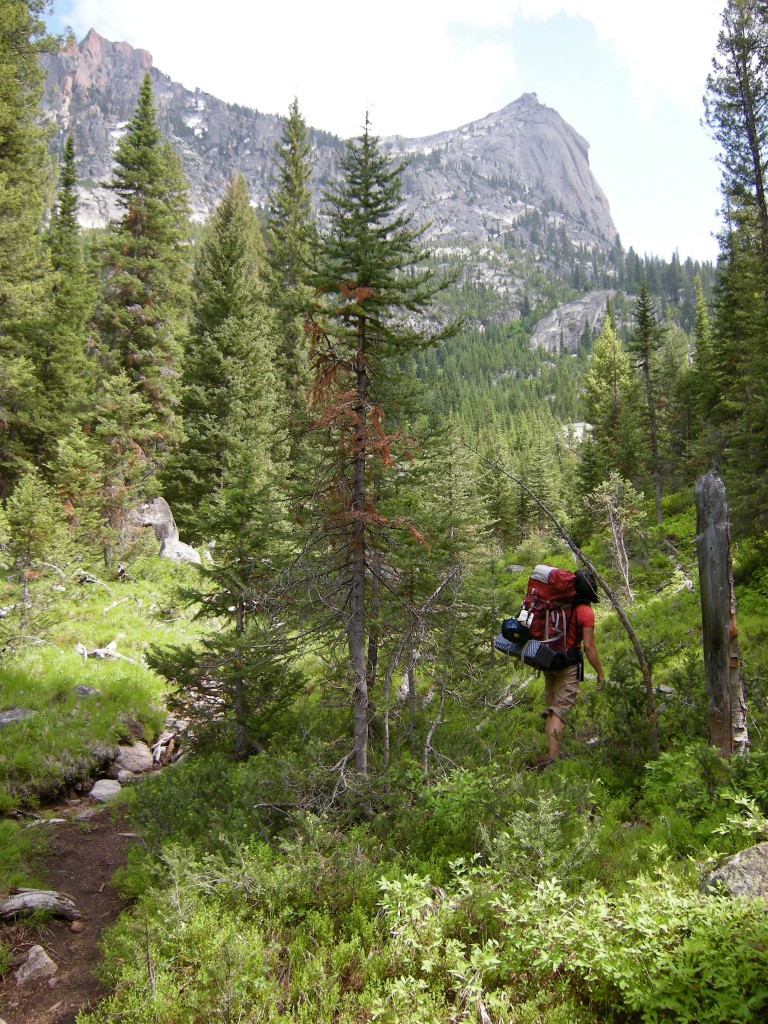 Shirley on approach to Elephants Perch (sort of visible above; Jul. 2008). 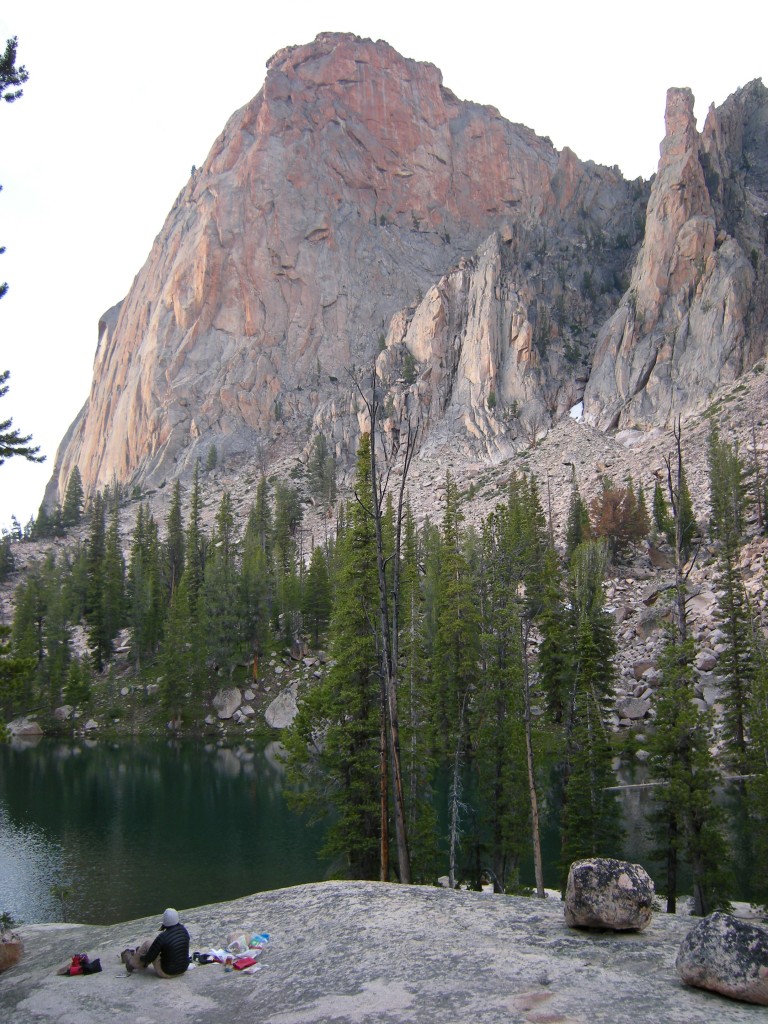 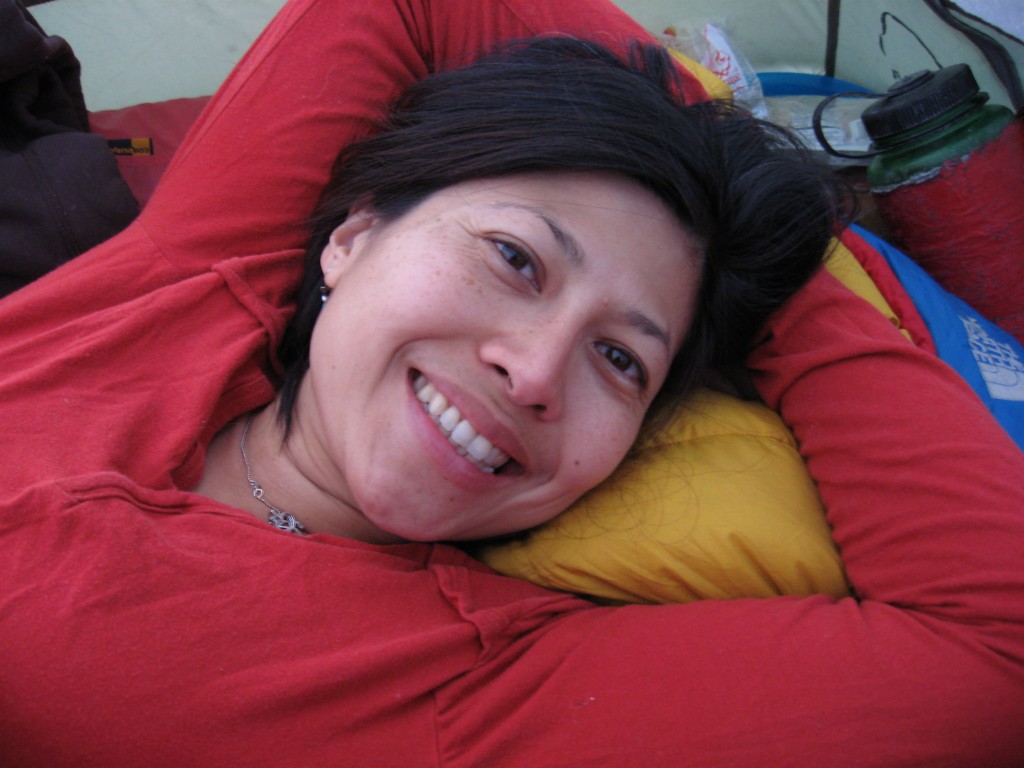 Shirley chilling in the tent at the foot of Elephants Perch the evening prior to our climb of Astro Elephant (Jul. 2008). 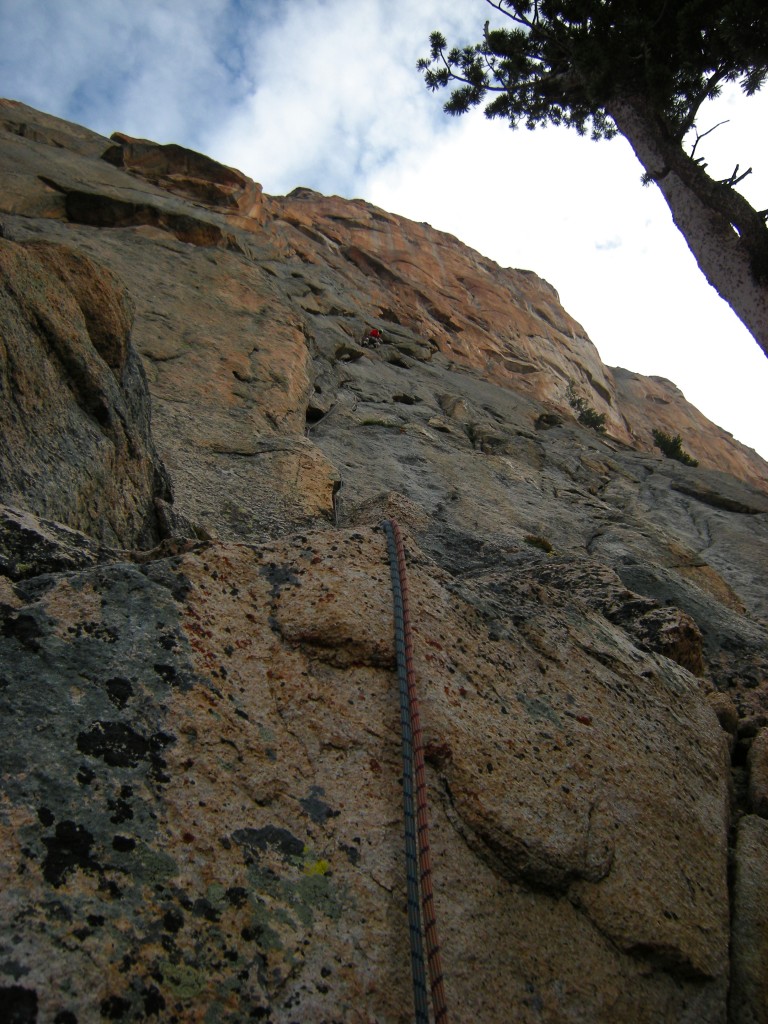 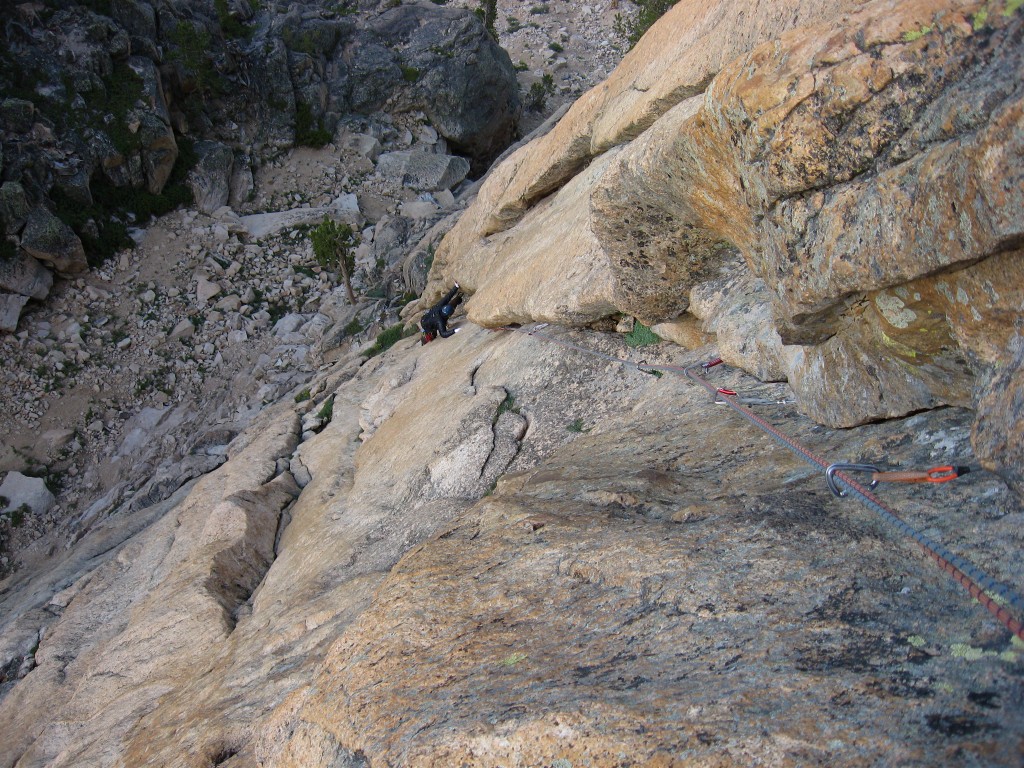 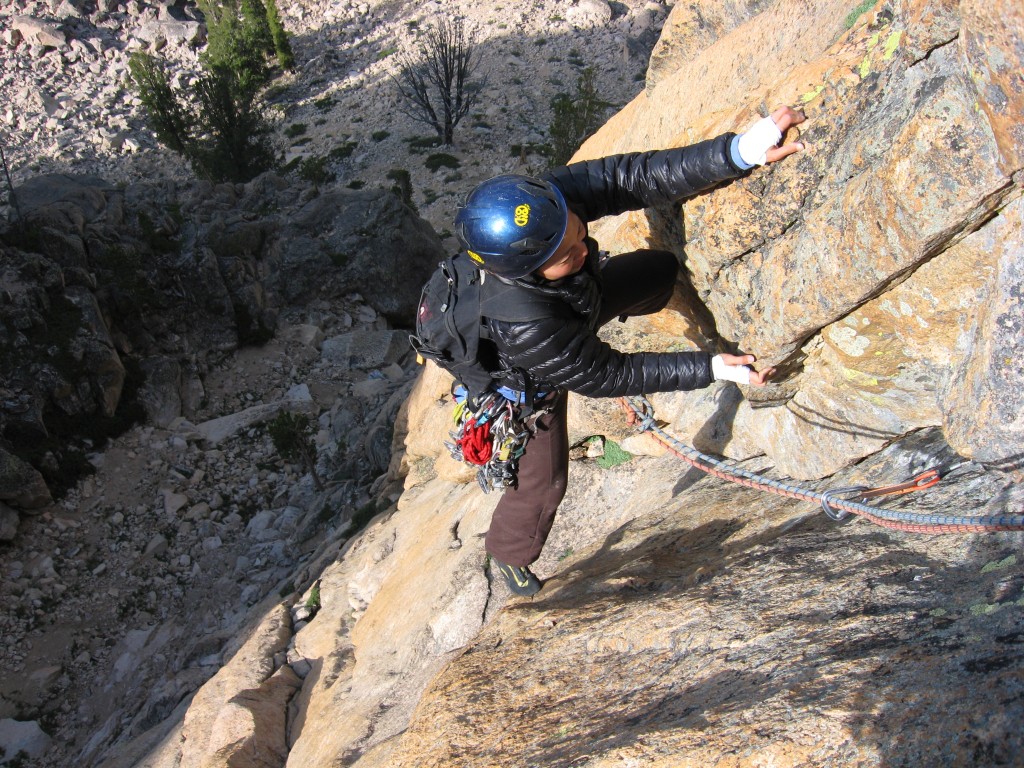 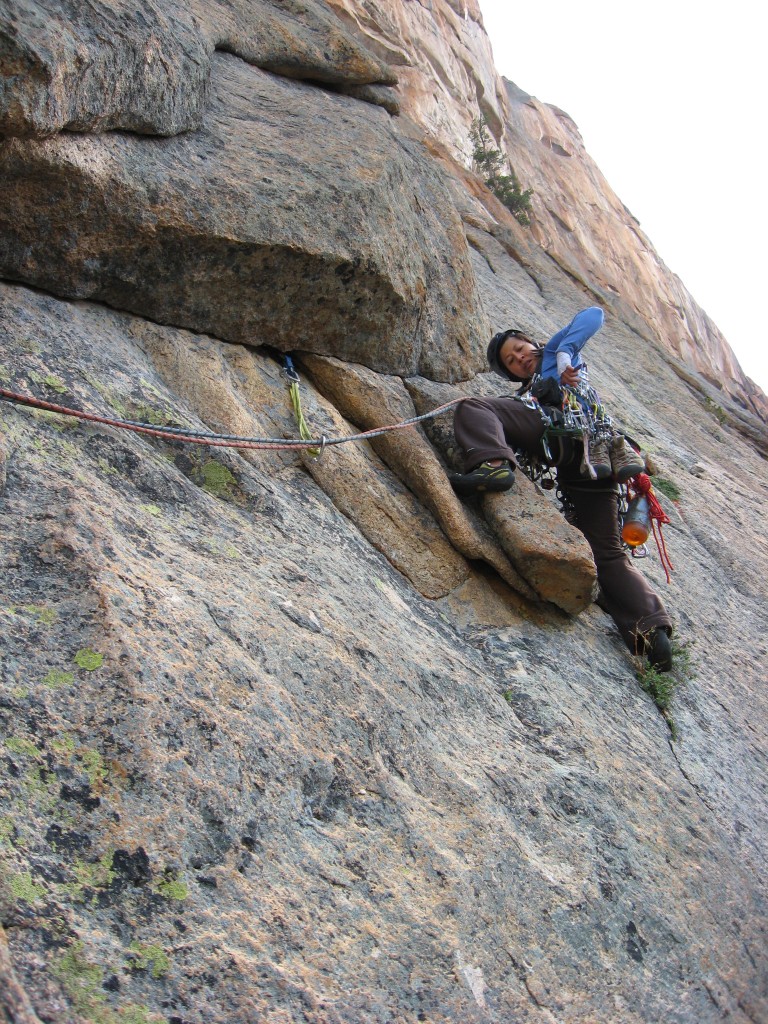 Shirley starting up pitch 2 of Astro Elephant. Think this was the hardest pitch maybe. For an extreme long-range shot of this, see here (July 2008). 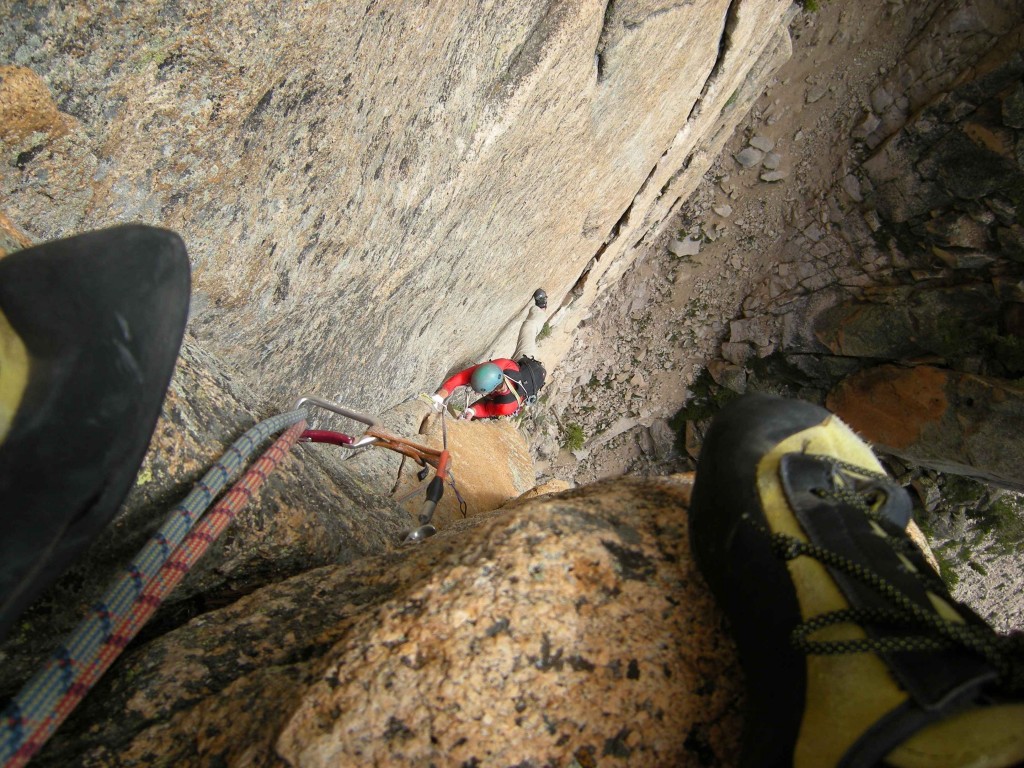 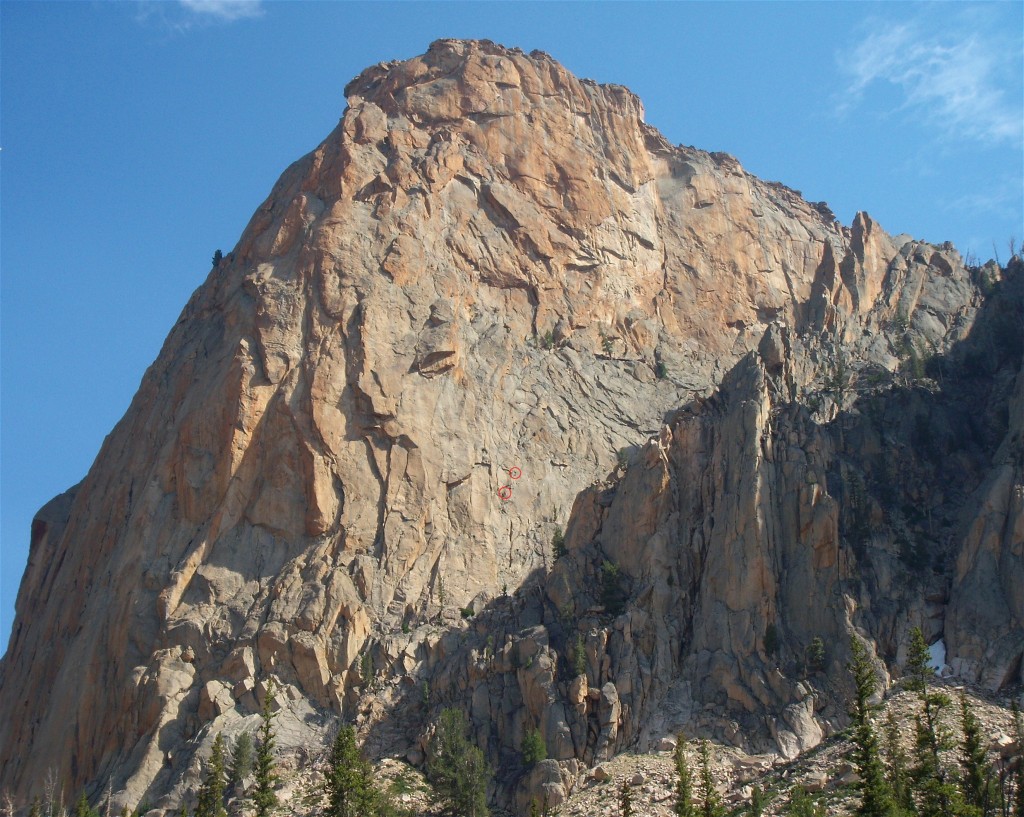 Long-range shot of Shirley (upper cirlcle) leading pitch 2 of Astro Elephant belayed by the lower cirlce (a.k.a. yours truly). For a different perspective on this instant, see here (July 2008). 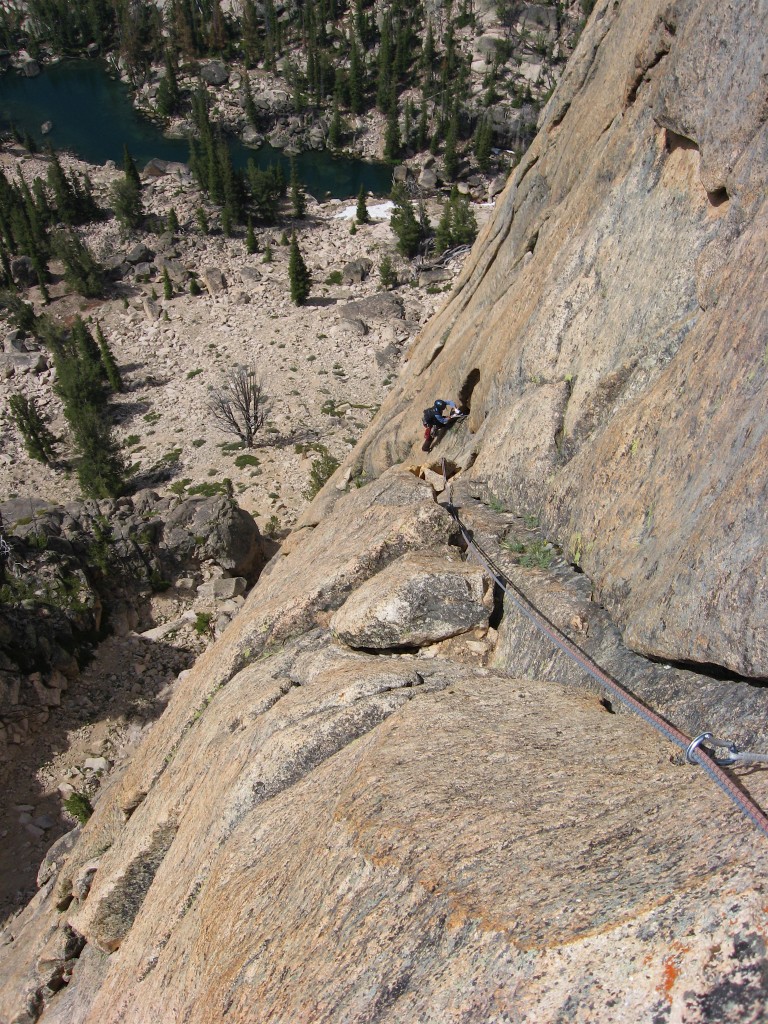 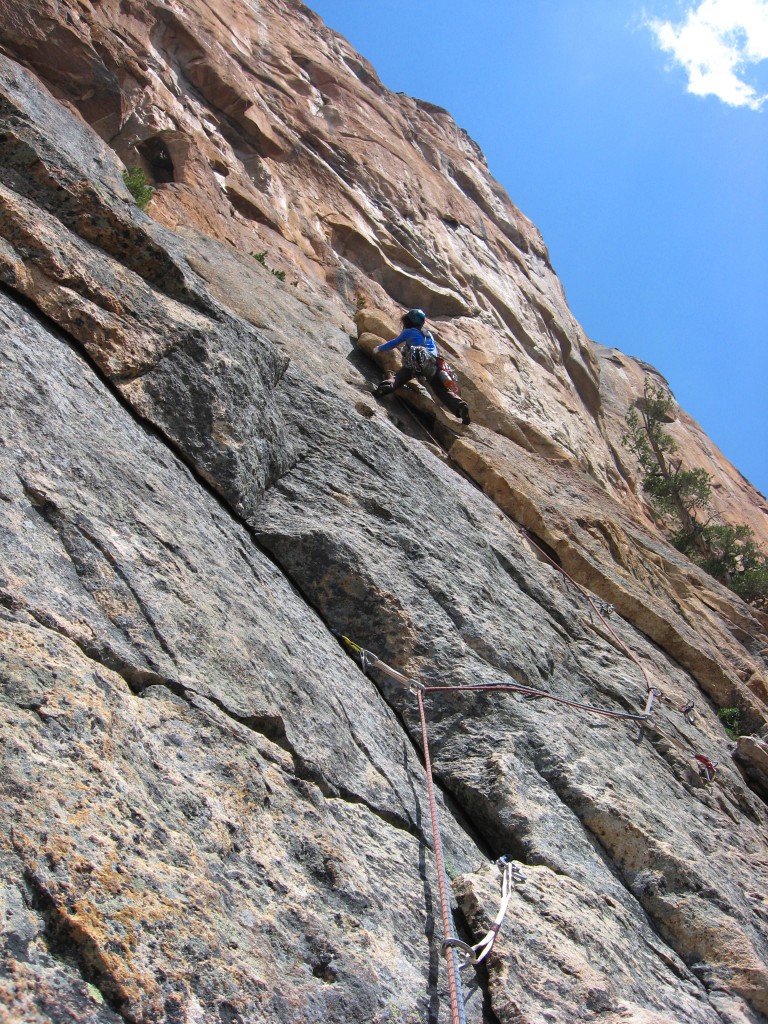 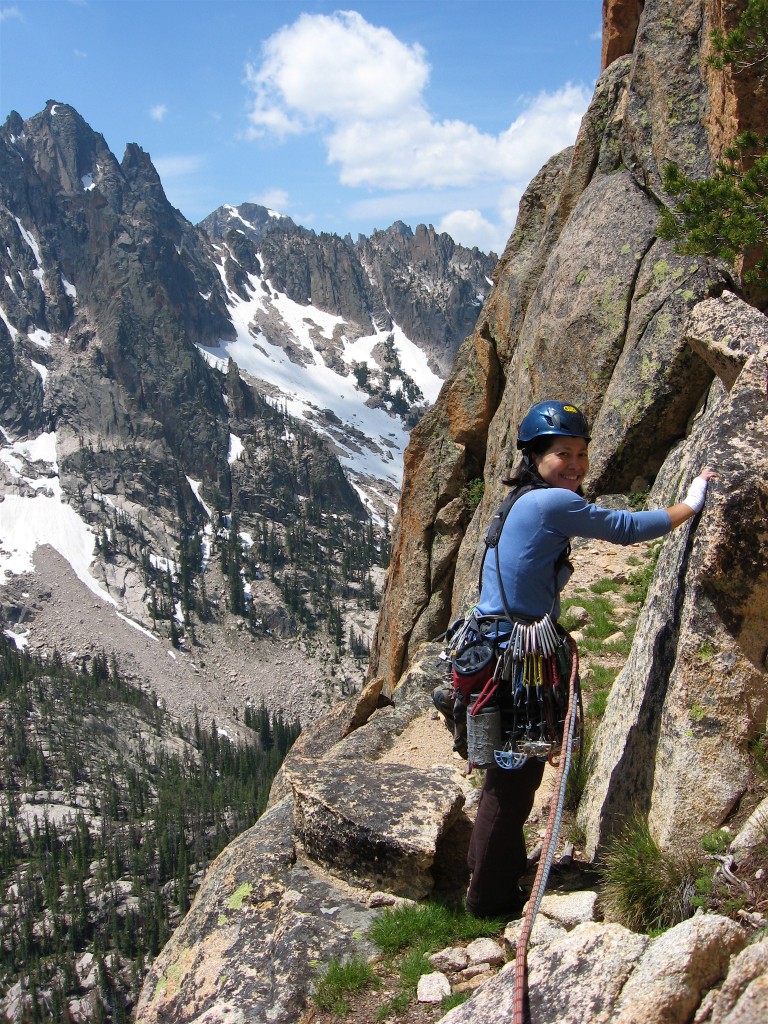 Shirely starting the scramble pitch across the ledge system that is intercepted on pitch 5 of Astro Elephant (Jul. 2008). 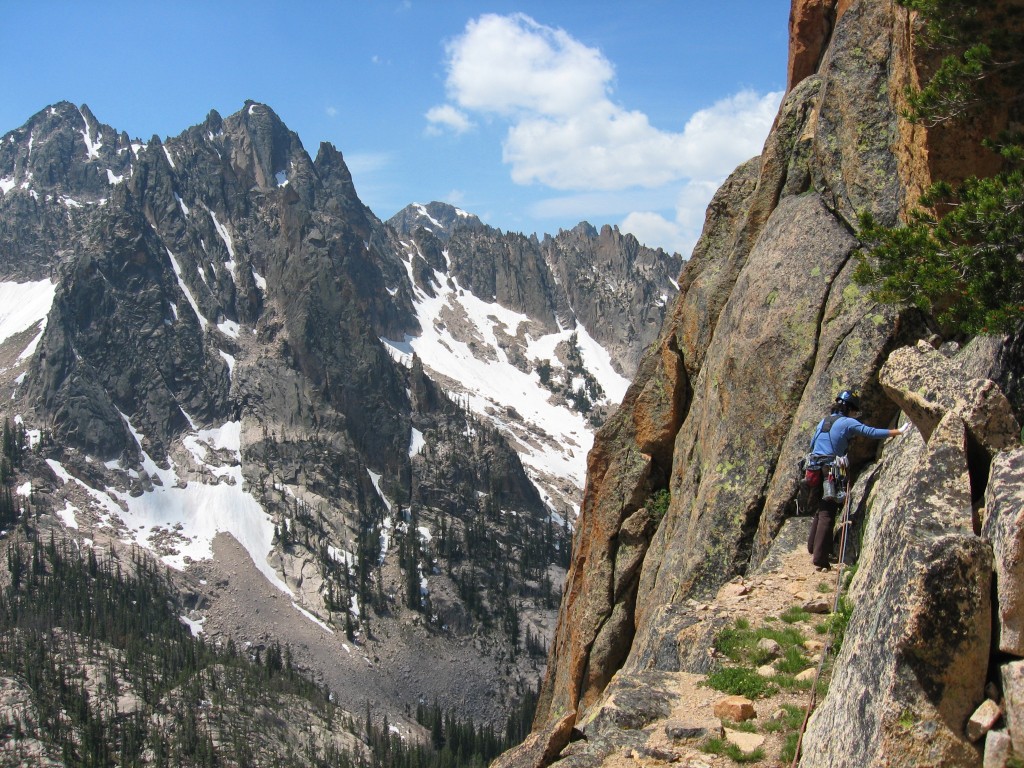 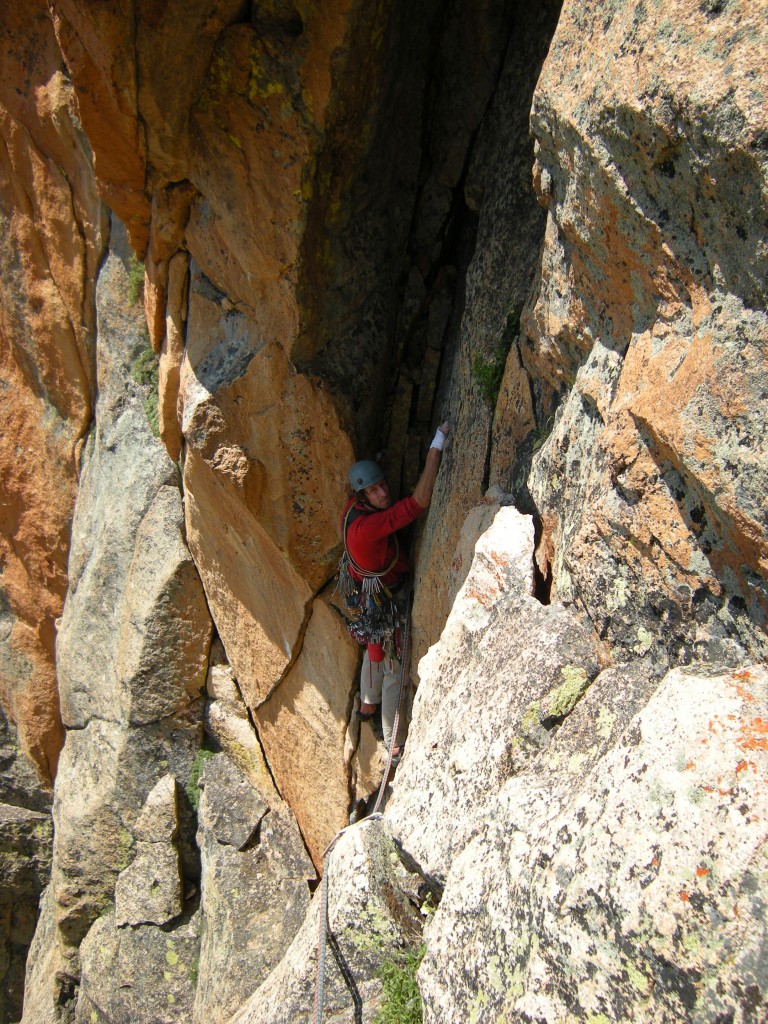 Entering the chimney on pitch 6 of Astro Elephant (July 2008). 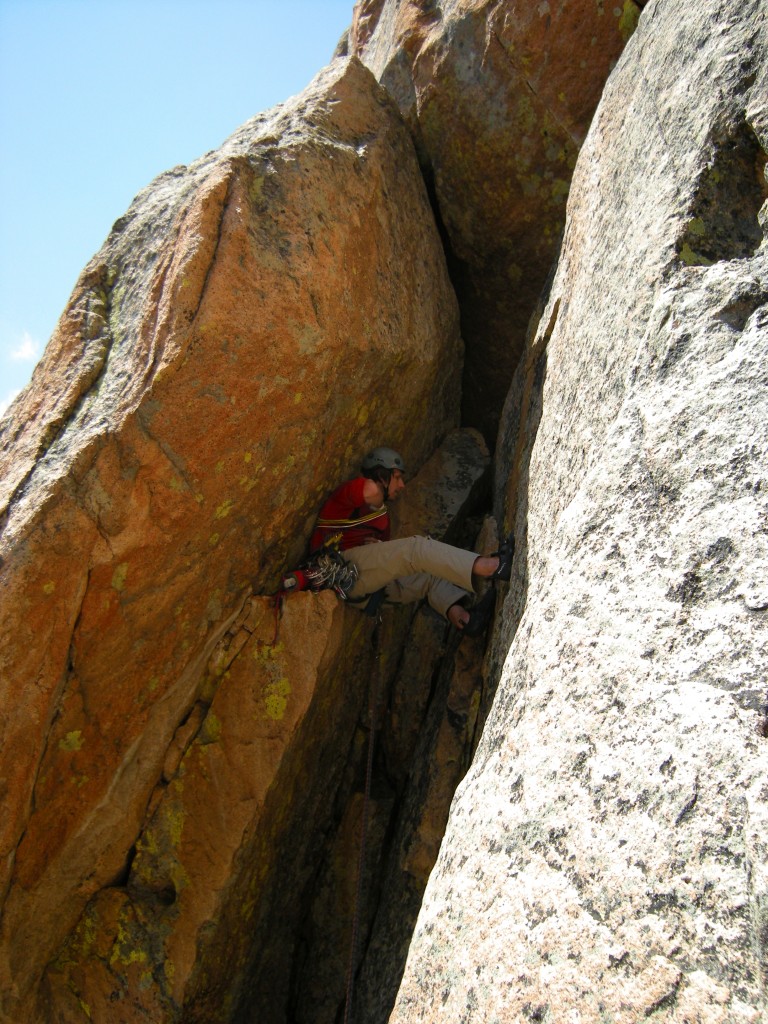 Good beta helps you crush! I have followed AJones' beta for the chimney here (on P6 of Astro Elephant) though by making fart noises with my armpits I did allow myself a bit of artistic license when composing this piece. 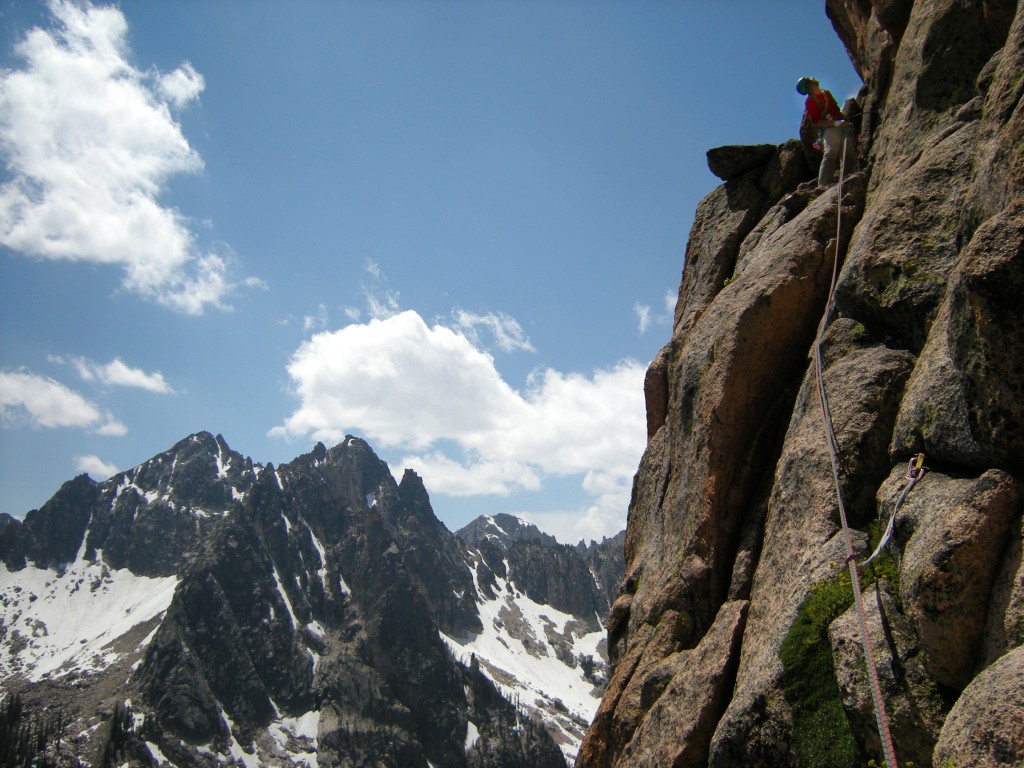 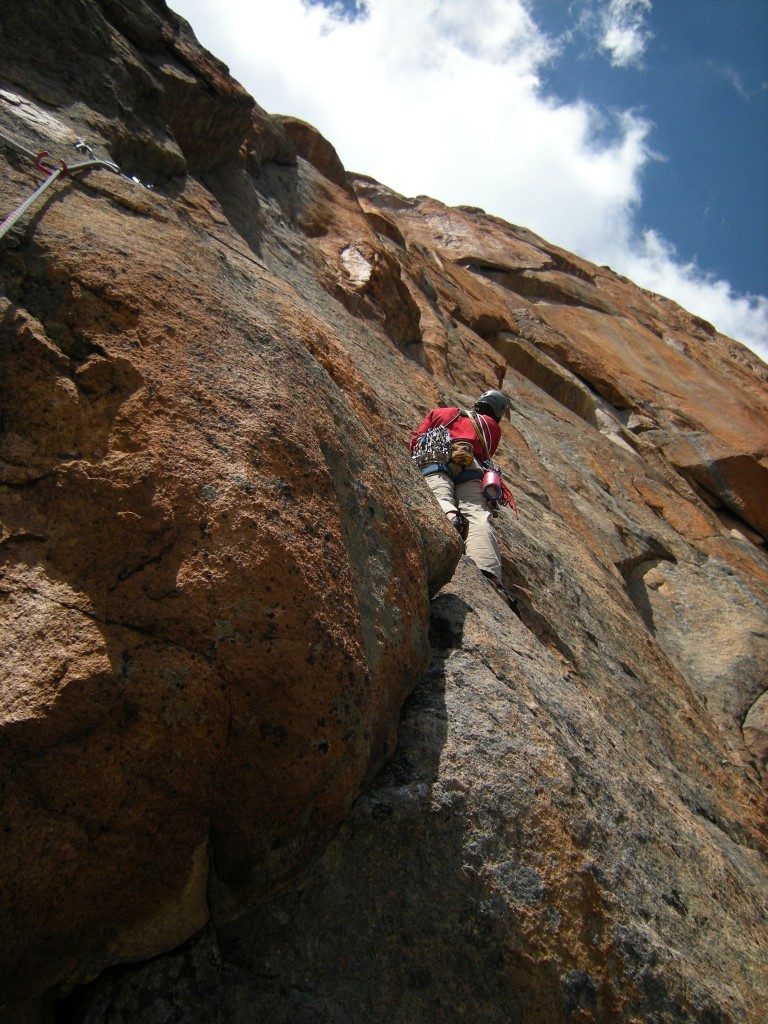 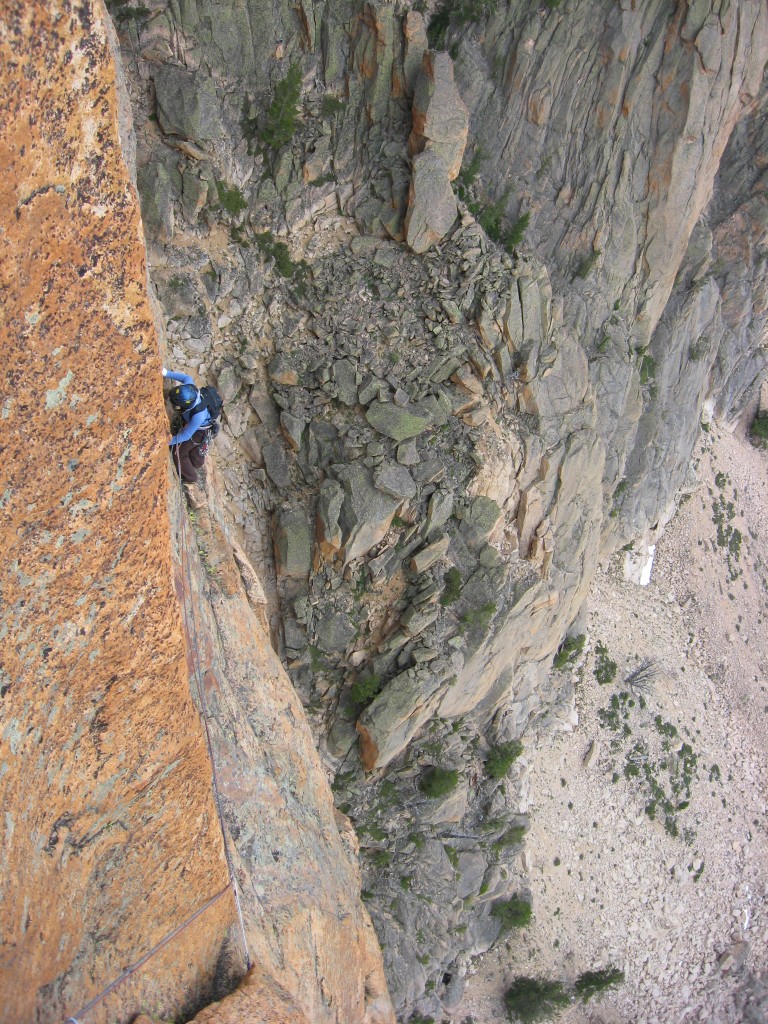 Shirley on the pitch 7 traverse of Astro Elephant...looks almost like she's walking in the gully eh (July 2008)? 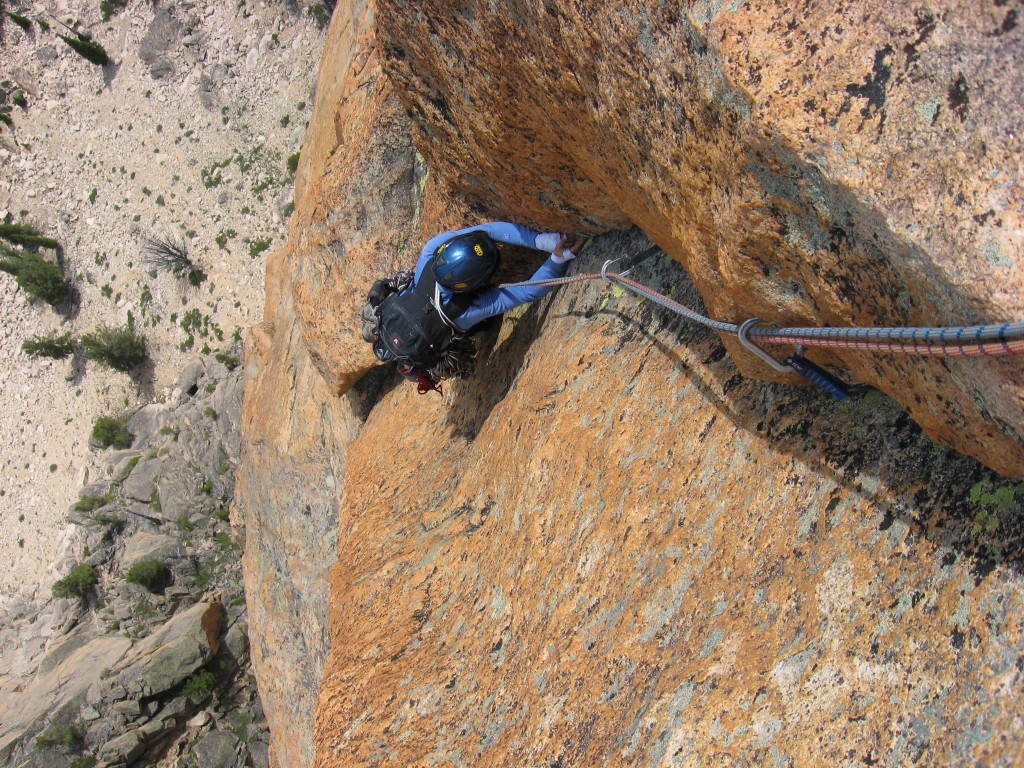 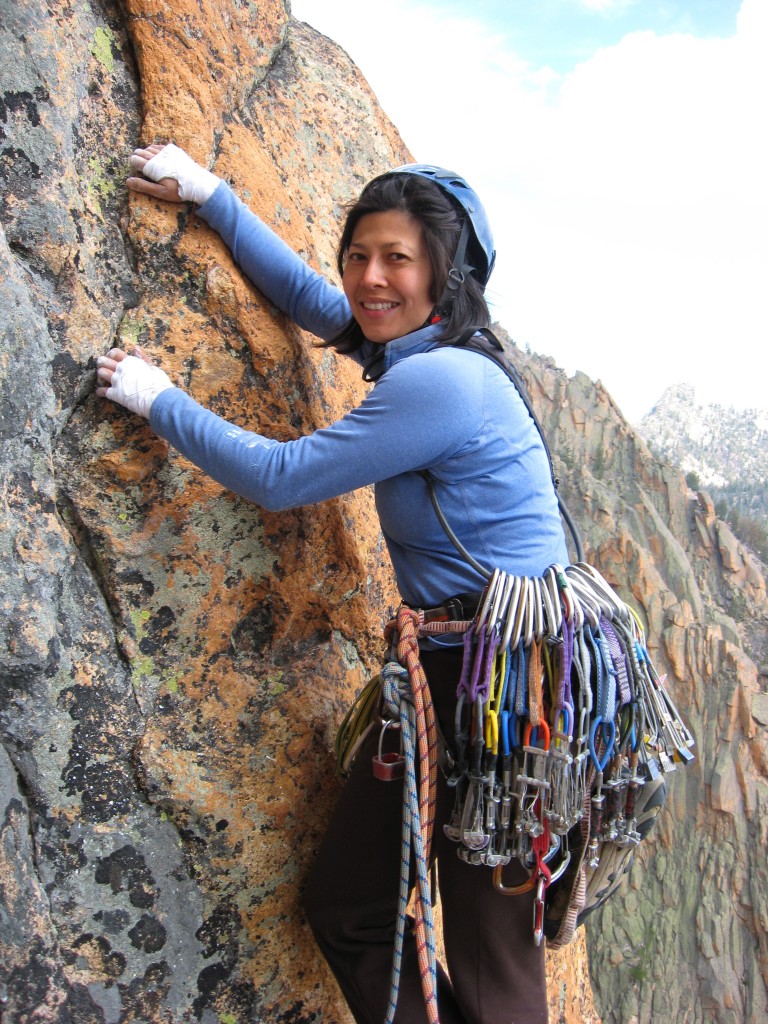 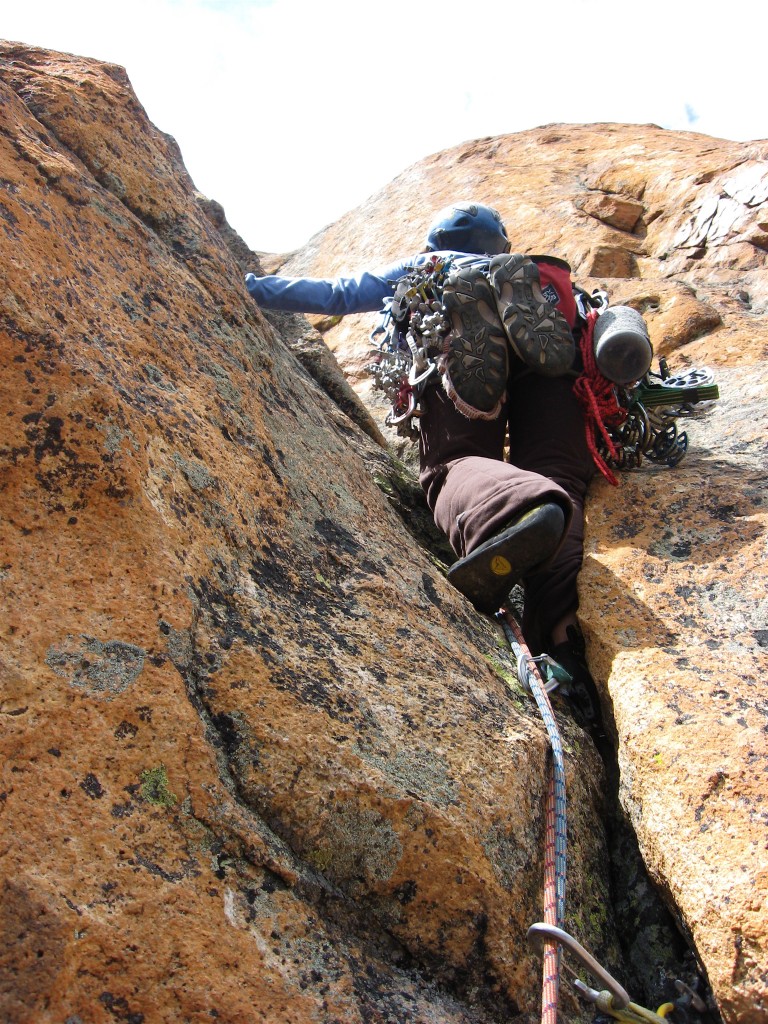 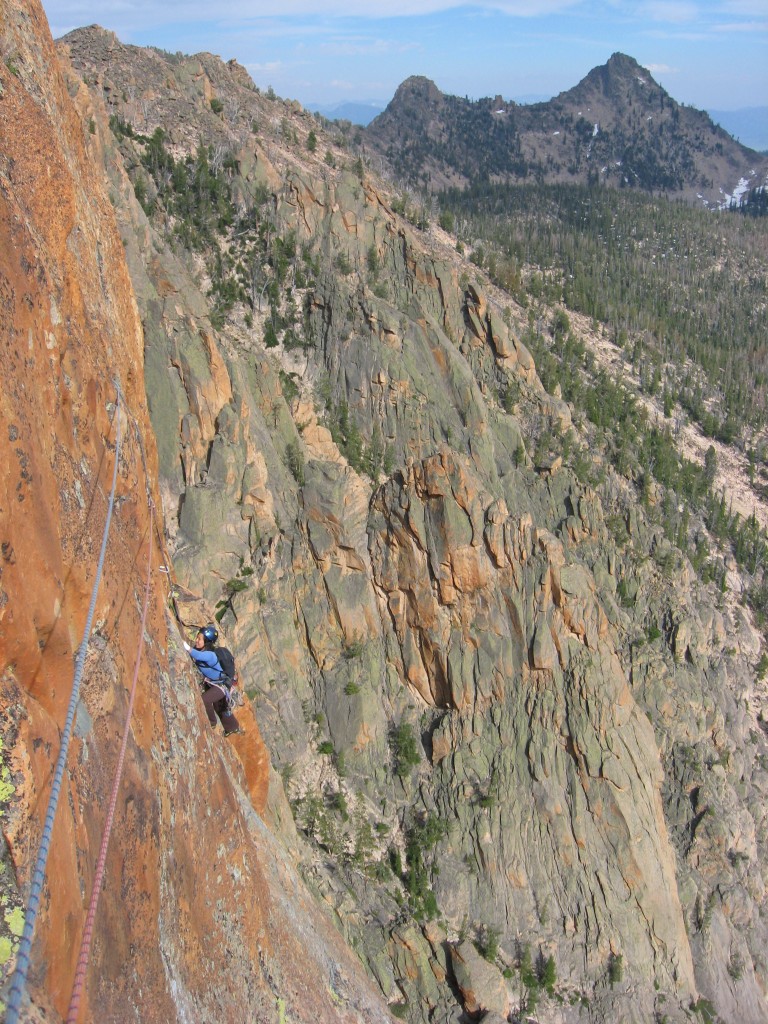 Traversing back onto Astro Elephant (via a penji) high on E-Perch after our off-route adventure (July 2008). 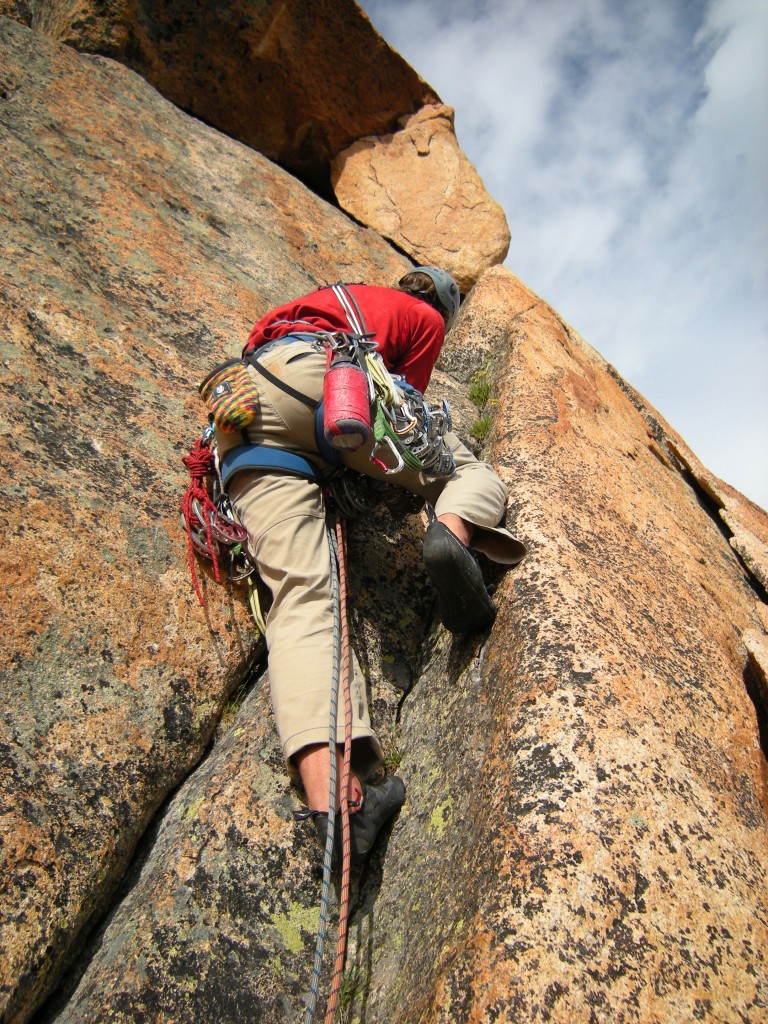 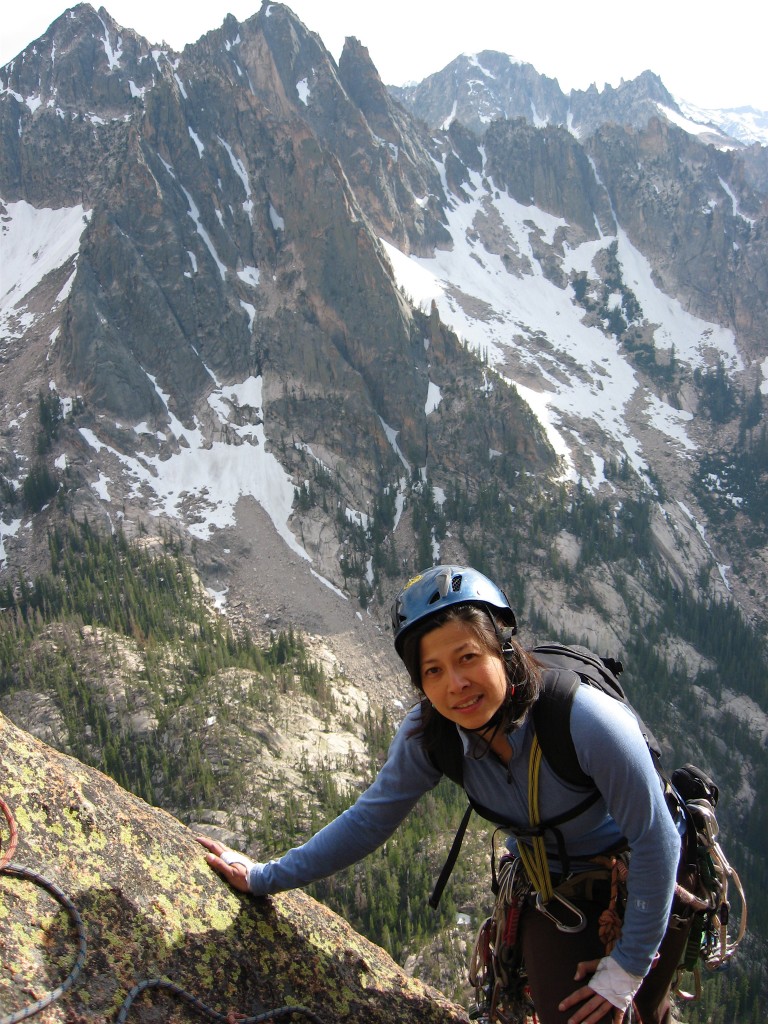 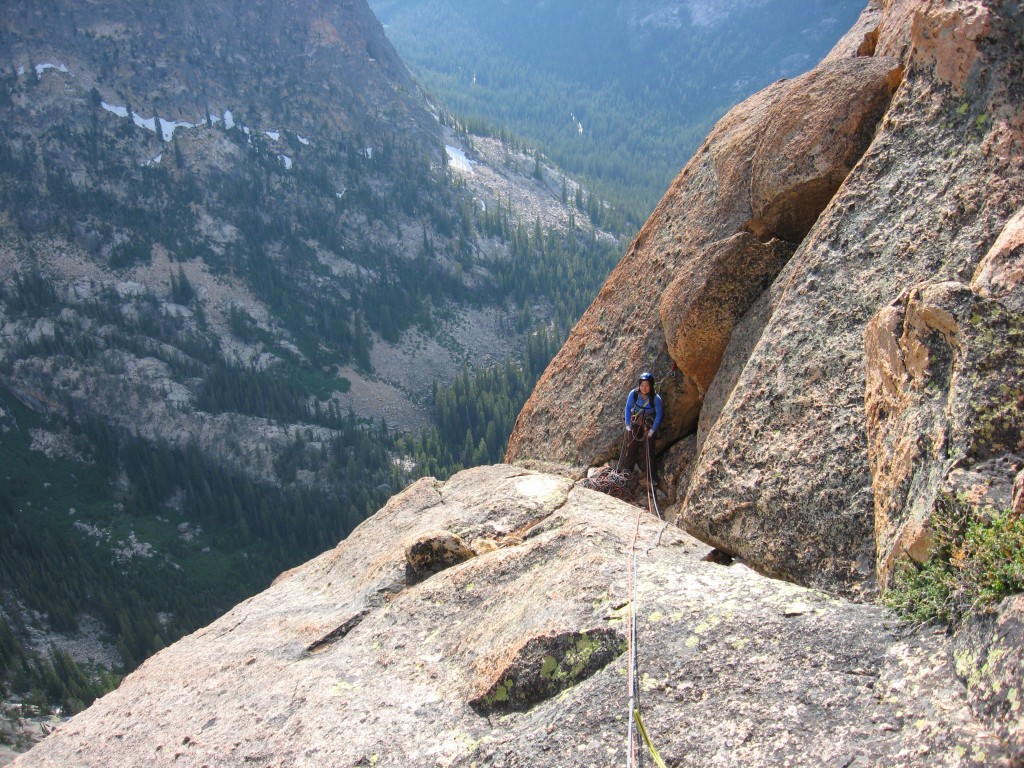 Shirley just below the summit of Elephants Perch on the low angle slabs atop Astro Elephant (July 2008). 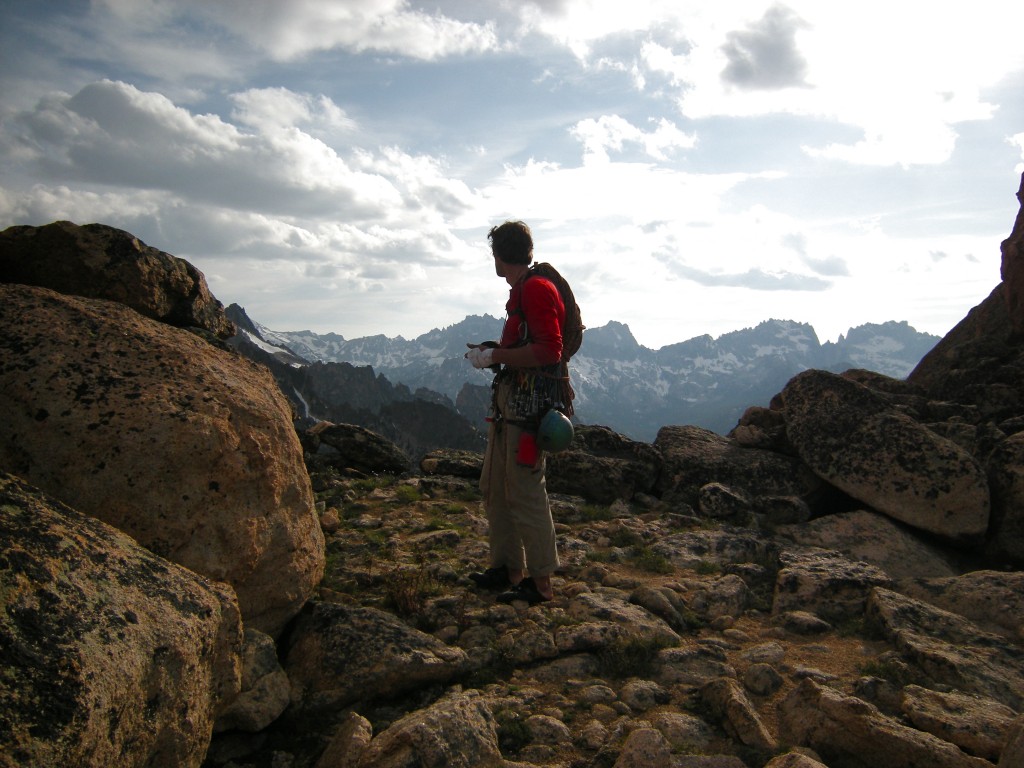 Elephants Perch summit after our climb of Astro Elephant (July 2008). 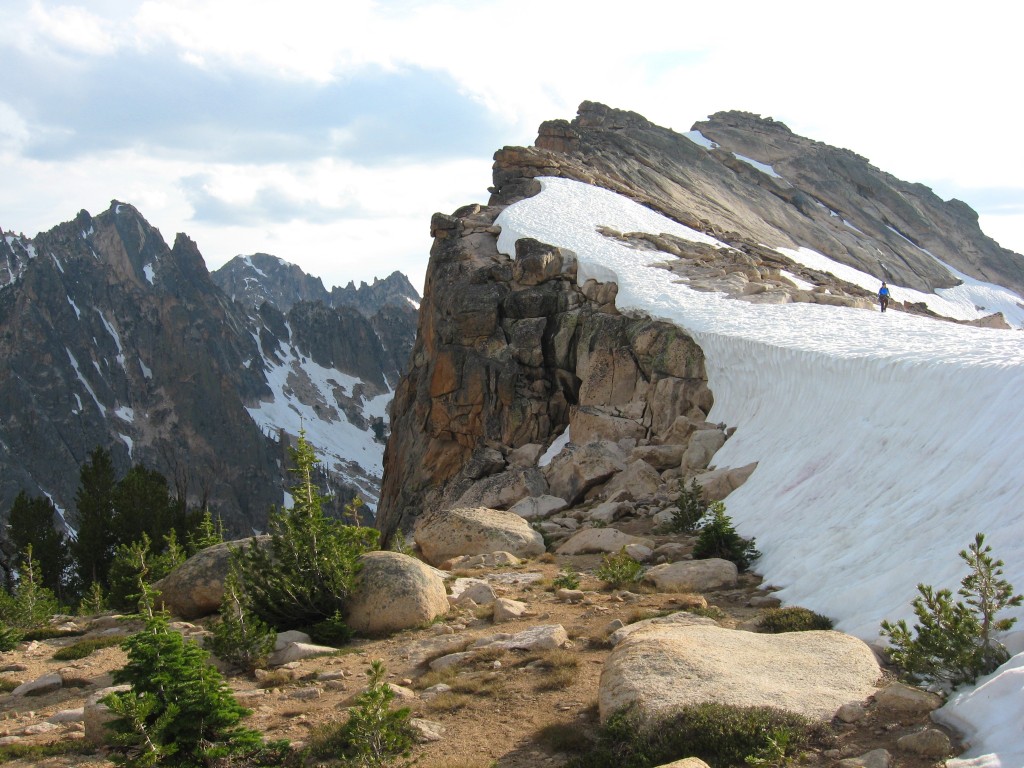 Shirley hiking down the summit ridge of Elephants Perch (July 2008). 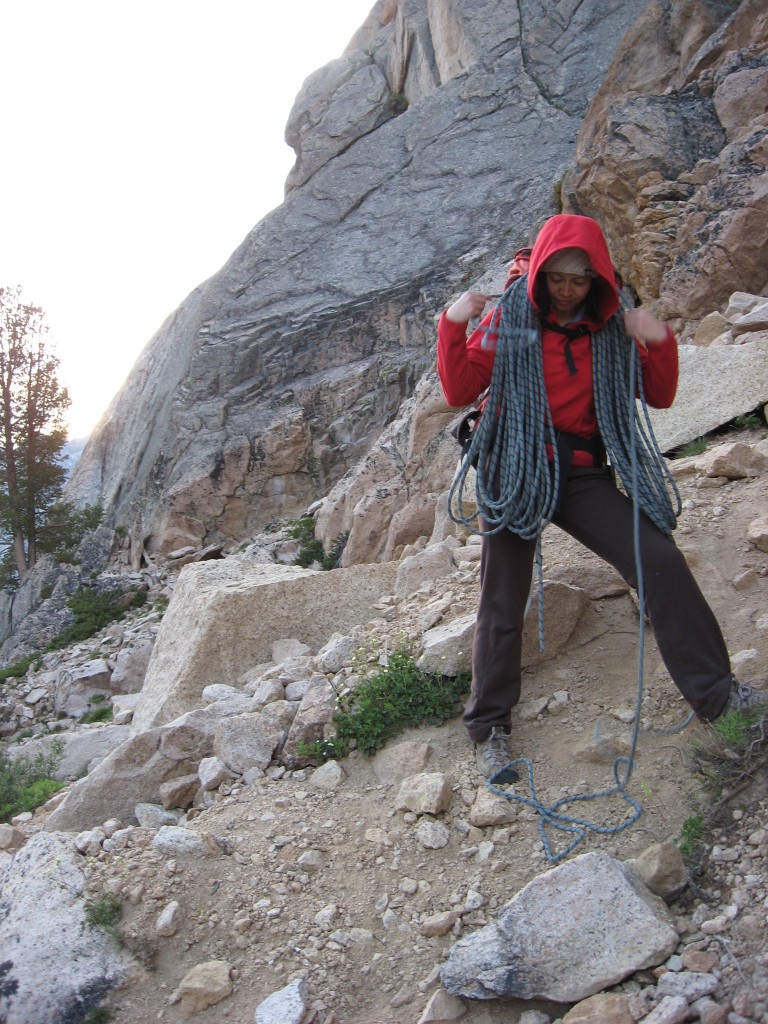 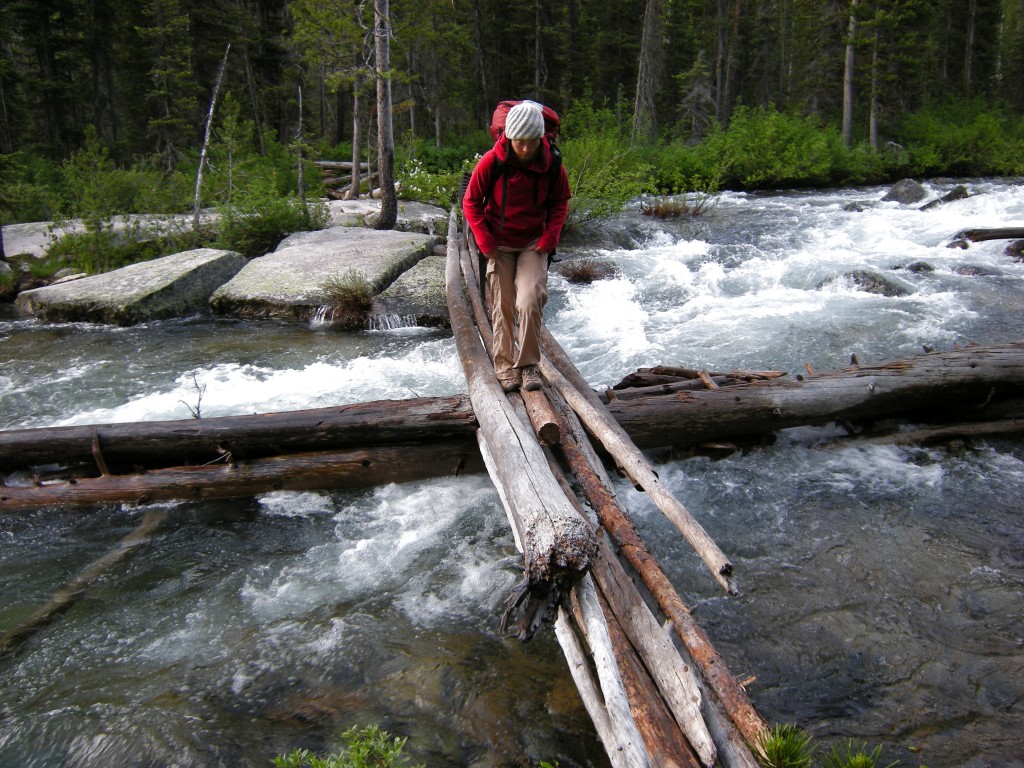 Rushing out on day 3 to catch the 9am shuttle boat to make the breakfast hour in Stanley (July 2008).

Go back to the Sawooths page.