Go back to The Sierras page. 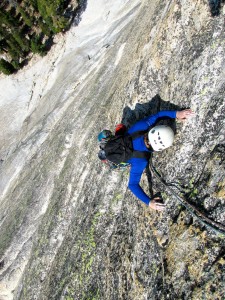 Got a bit delayed driving in from Sacramento (a bit of sleeping on the side of highway 50) the night before and so did not get to trailhead till after 1pm on day 1. Went in thinking of Blown Away but the line of climbers convinced us to try something else. Did Cooke Book (5-pitch, 5.10a) next door with the original start…that’s sort of relevant since that first pitch seemed like the crux. An OK climb if a bit forgettable. On day 2, we climbed the well-reputed Crying Time Again (6-pitch, 5.10a) on Lembert Dome. Had some (fun) company on the route which meant we did not do anything else that day. Decent climbing, not scary but a bit ho-hum. In fact, both routes were of the ho-hum quality (meaning 2/4 stars). Oh well – we’ll take a break from T-meadows for a while. 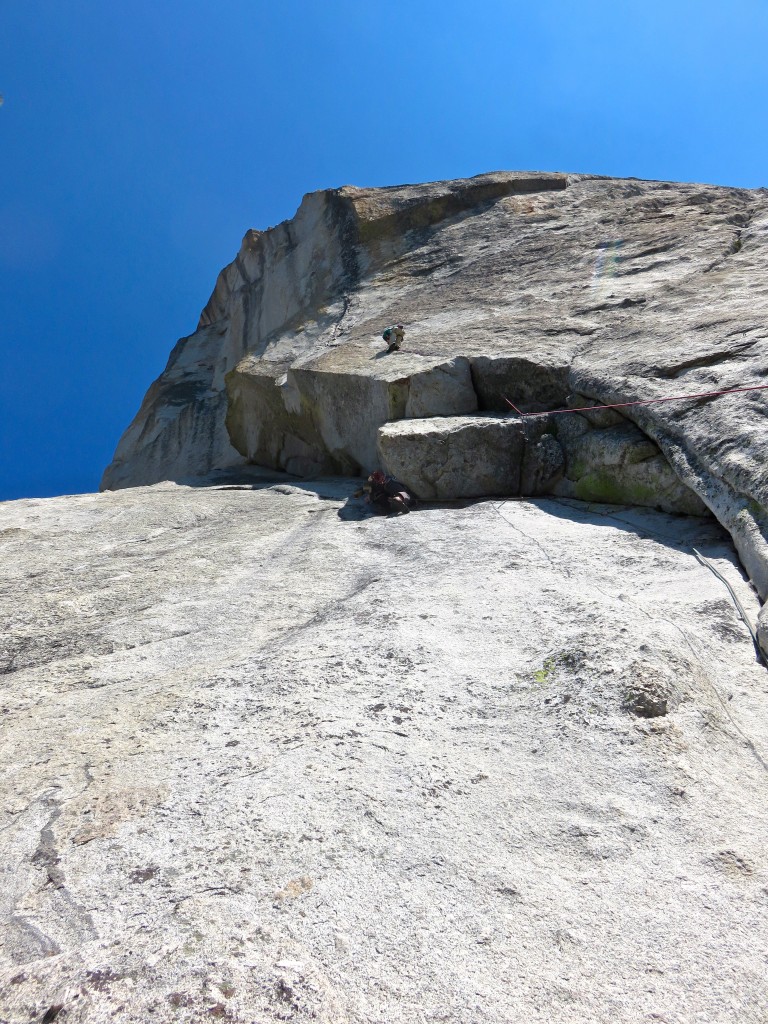 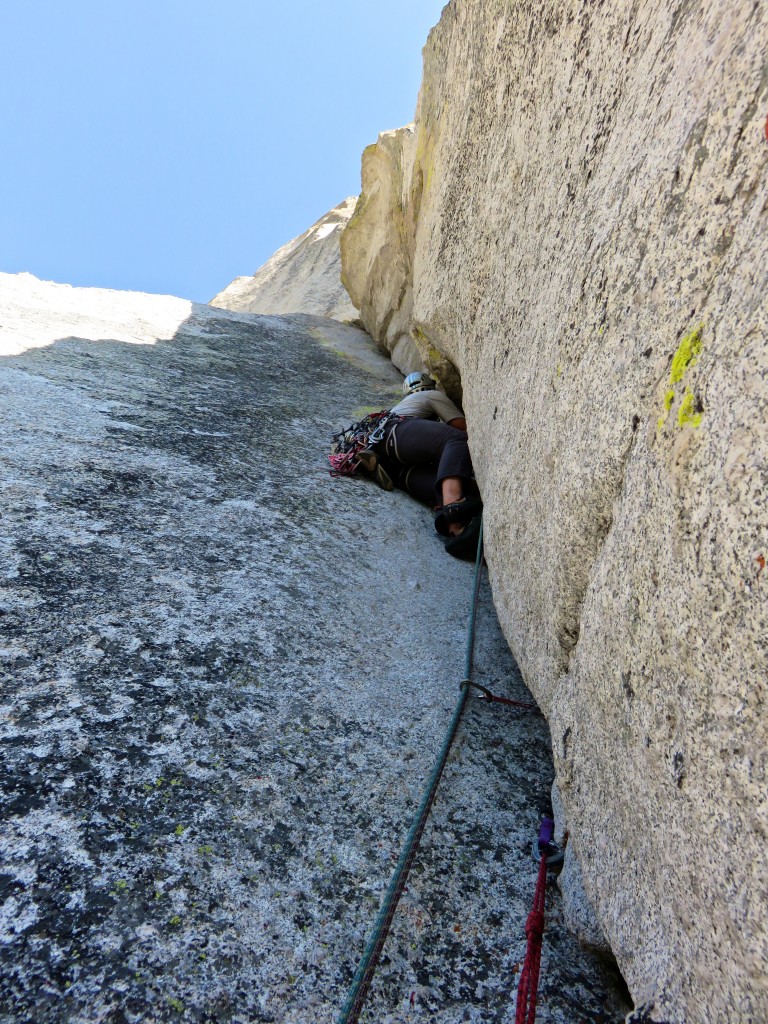 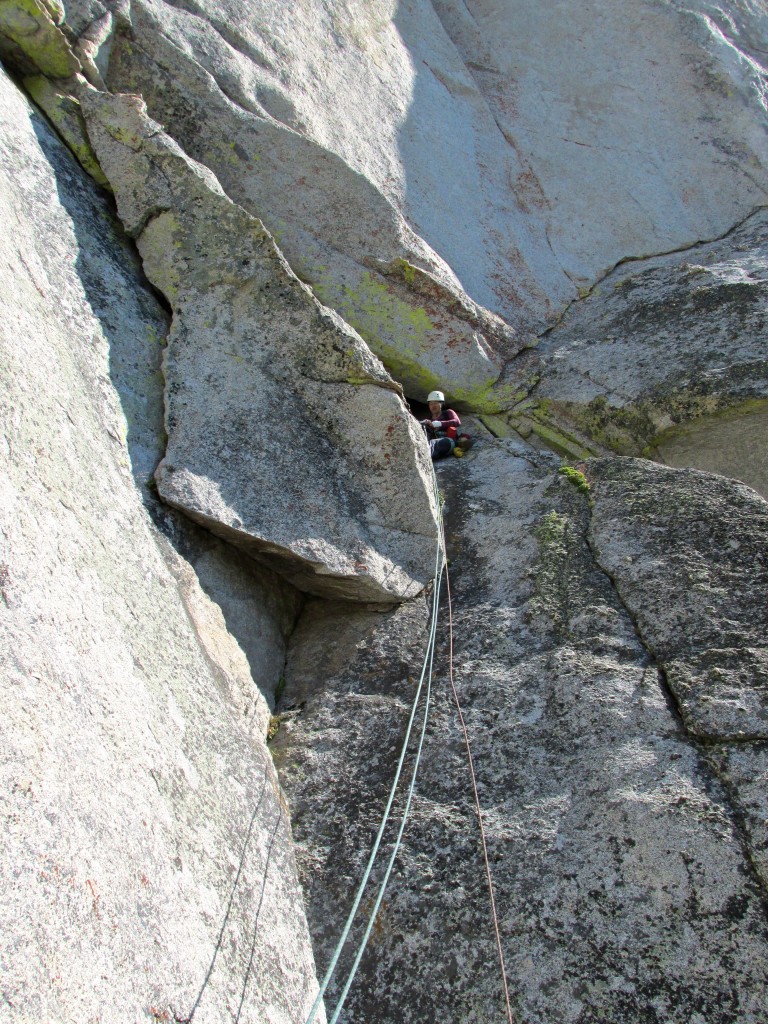 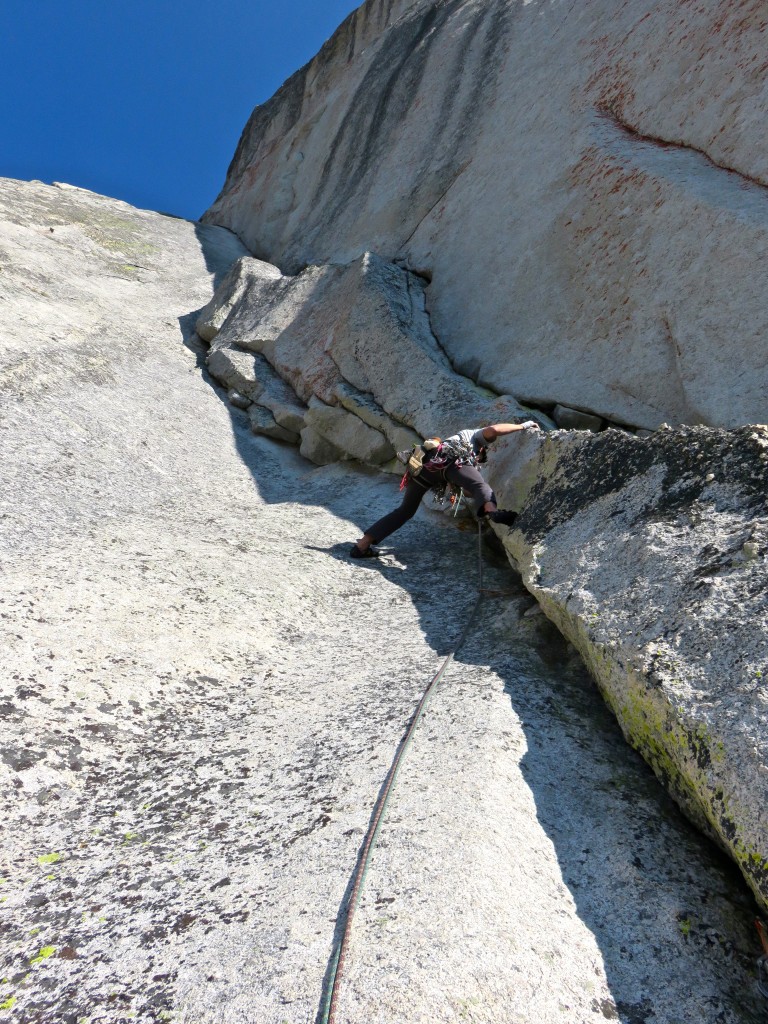 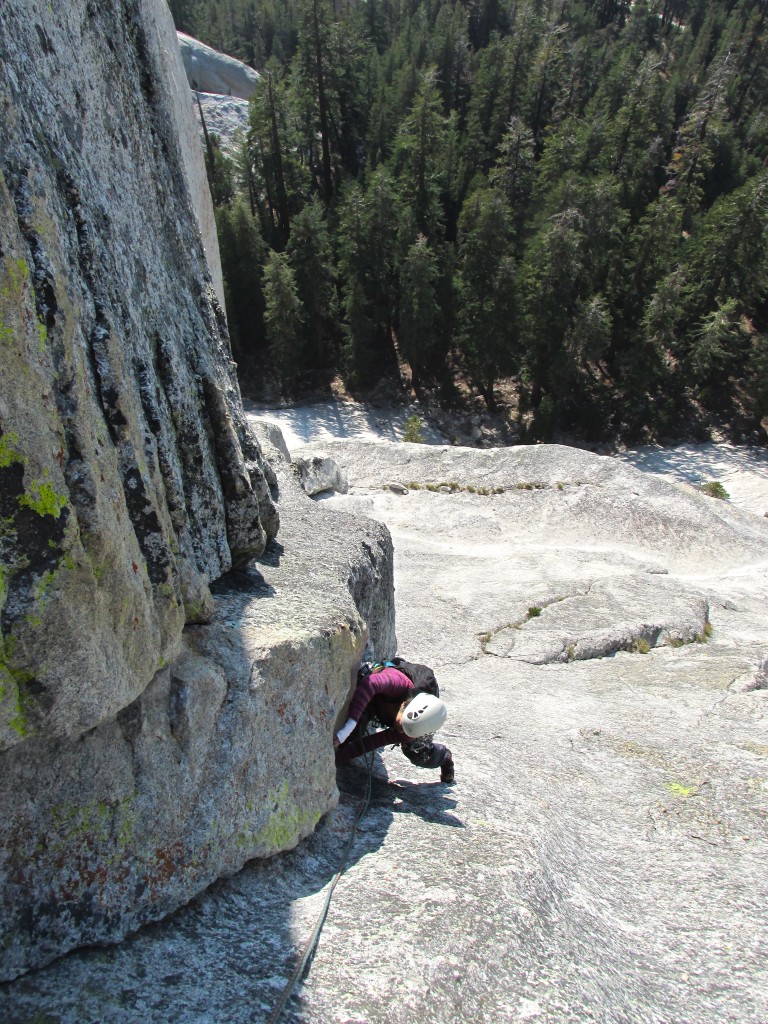 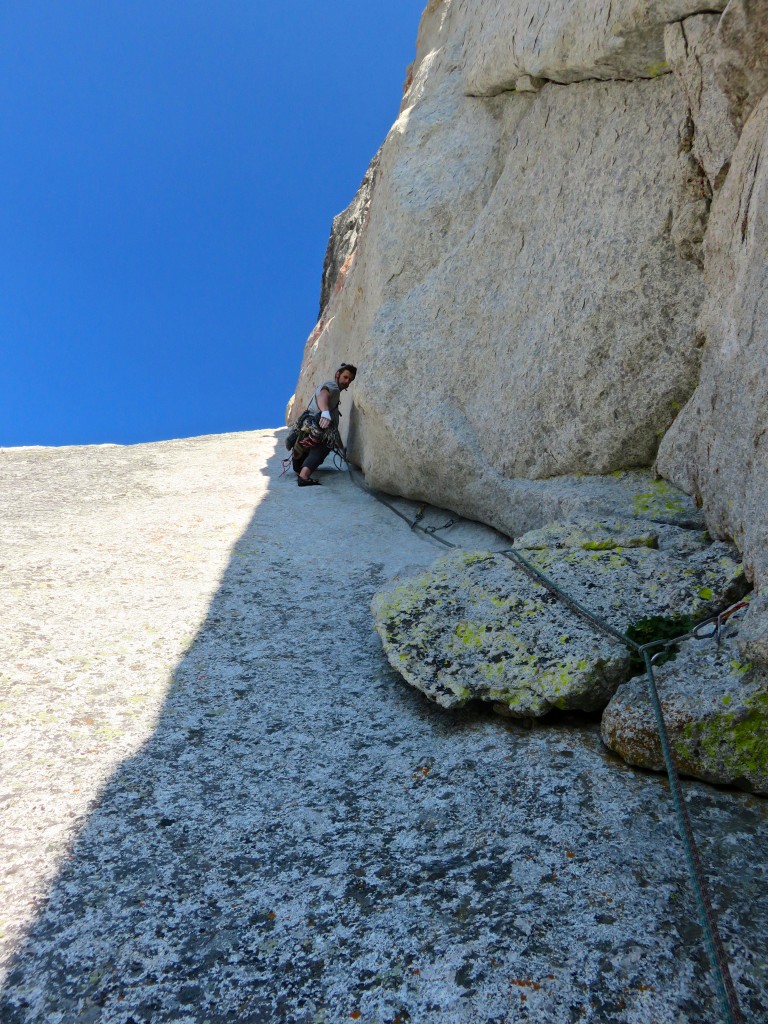 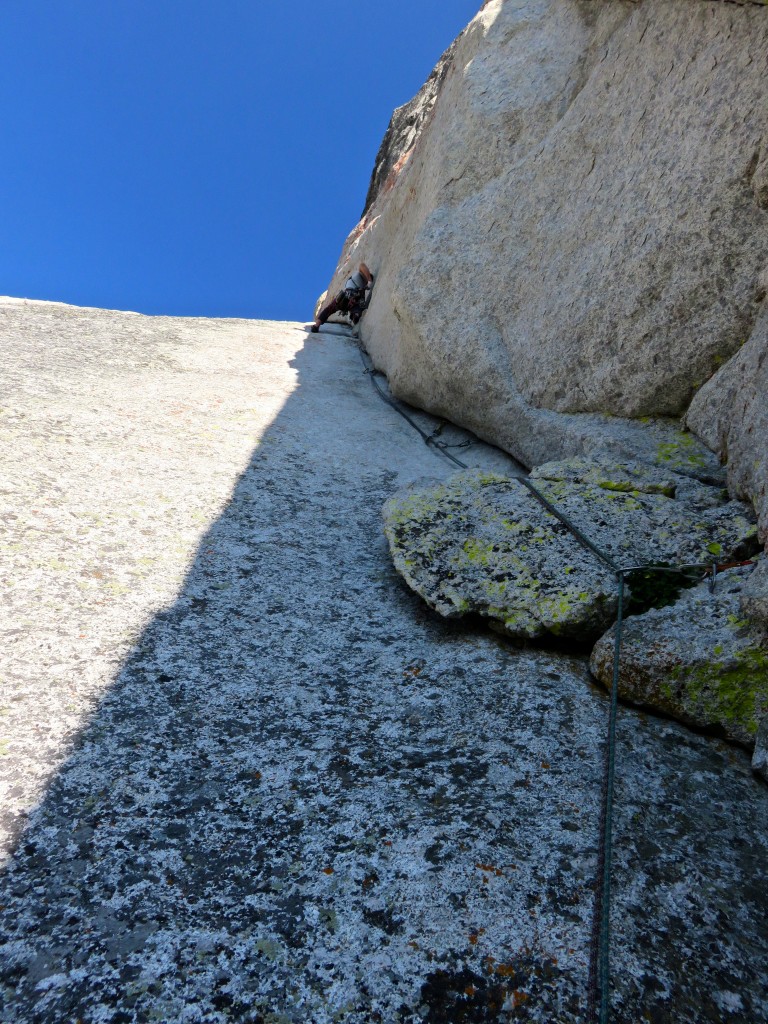 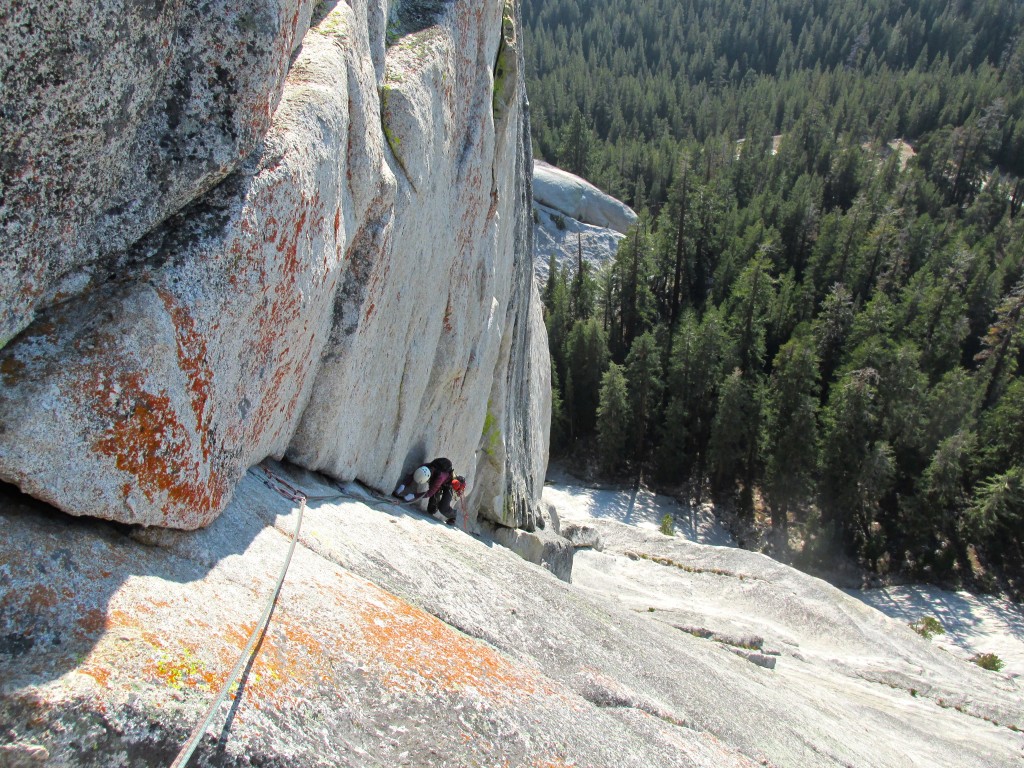 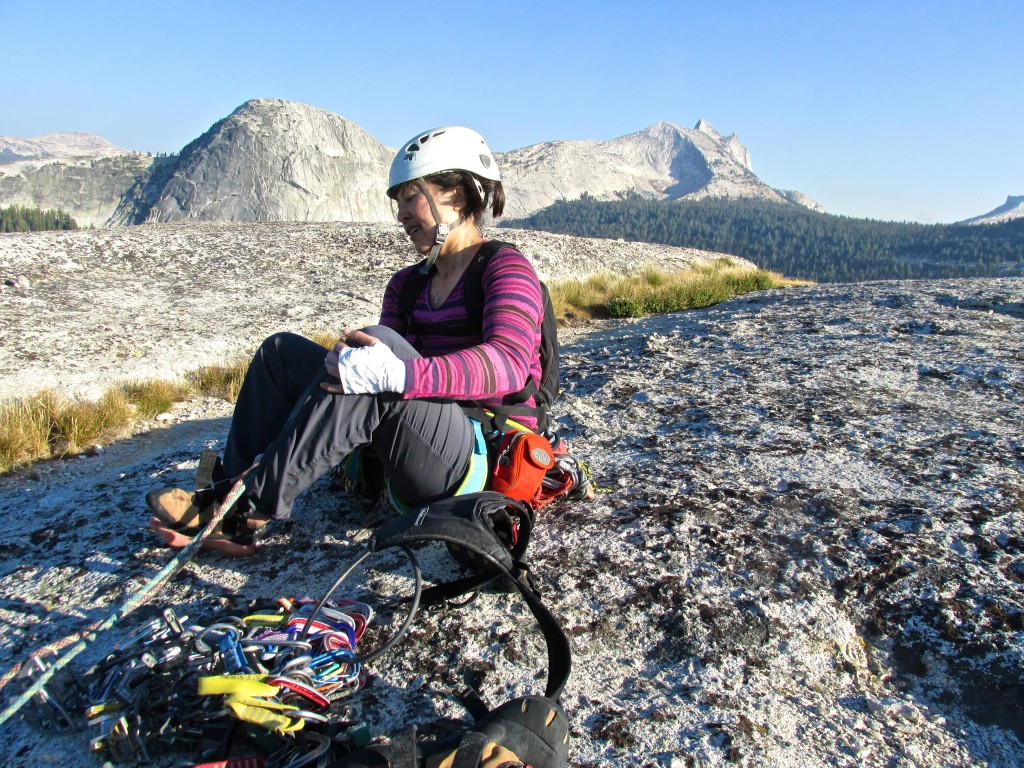 Shirley on the summit of Daff Dome in the late afternoon (Aug. 2015). 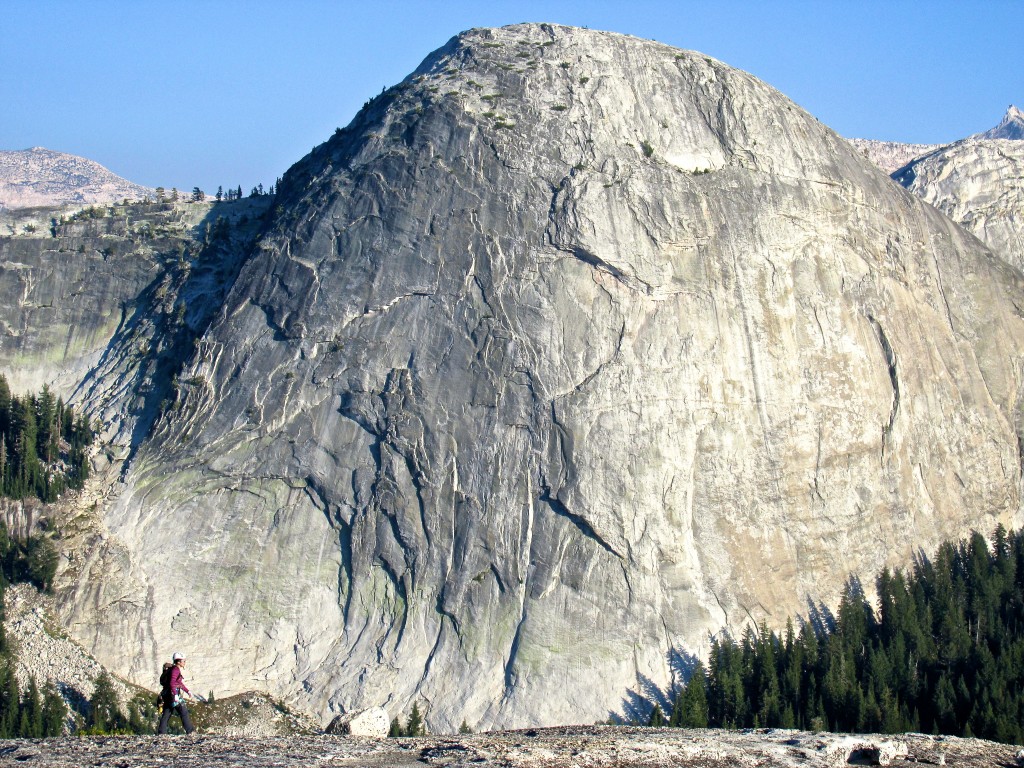 Shirley strolling along the summit plateau of Daff Dome with Fairview Dome in the background (Aug. 2015). 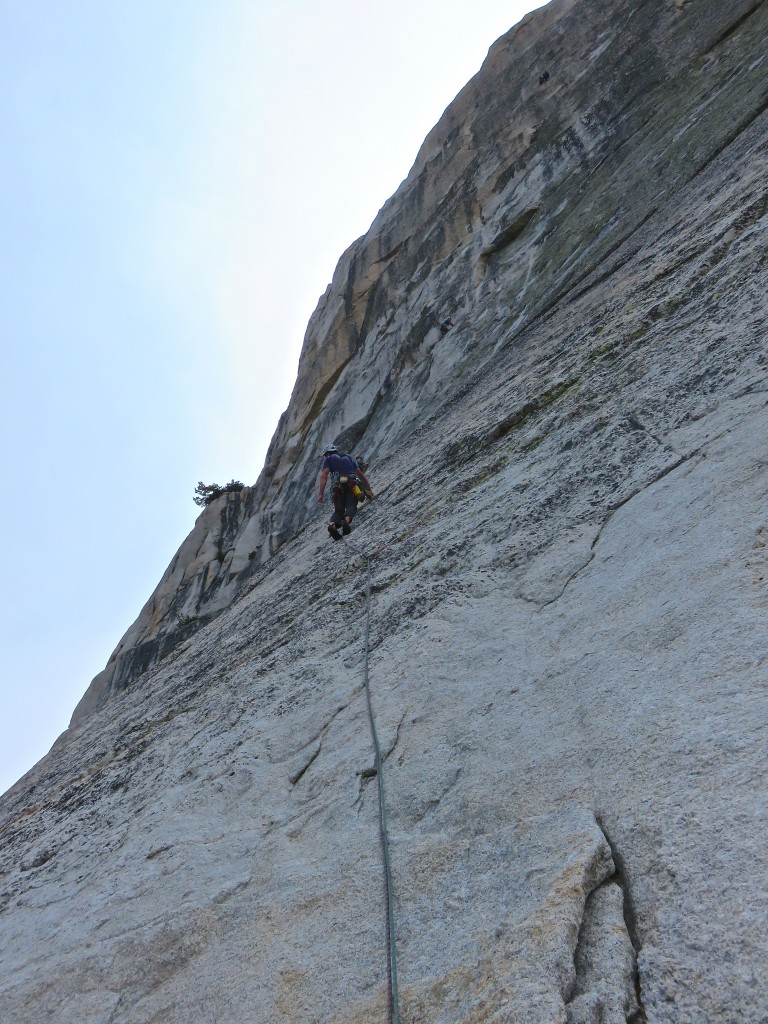 Leading pitch 1 of Crying Time Again – this is the only slab climbing on the route really (Aug. 2015). 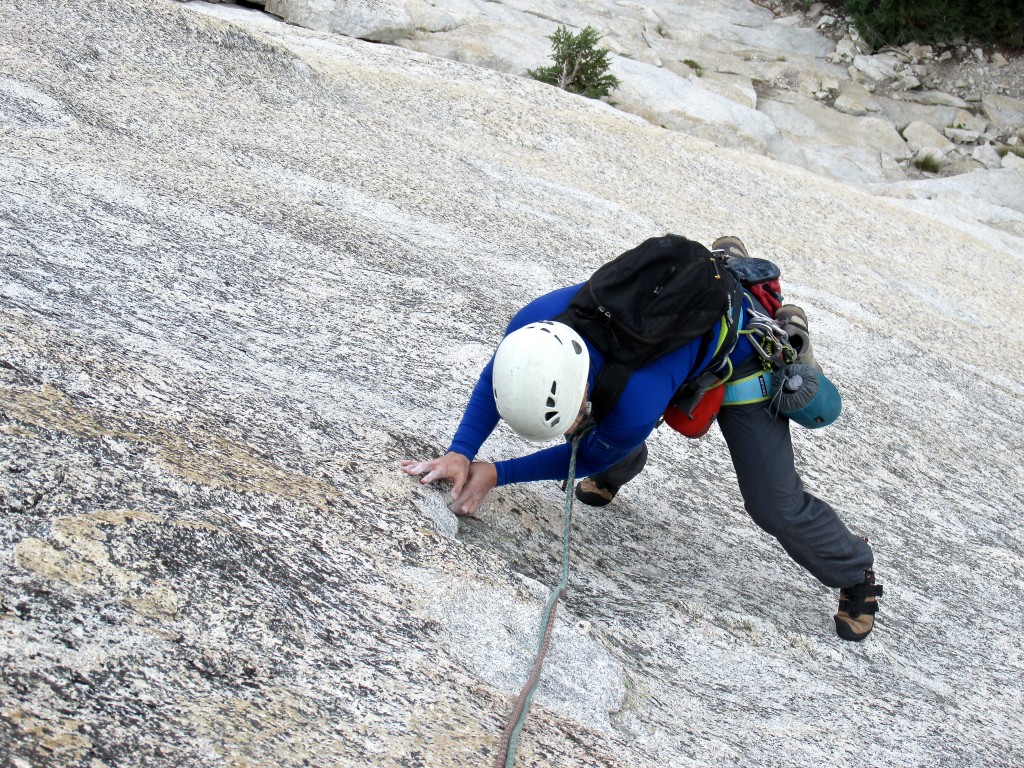 Shirley finishing off the slab climbing that is pitch 1 of Crying Time Again (Aug. 2015). 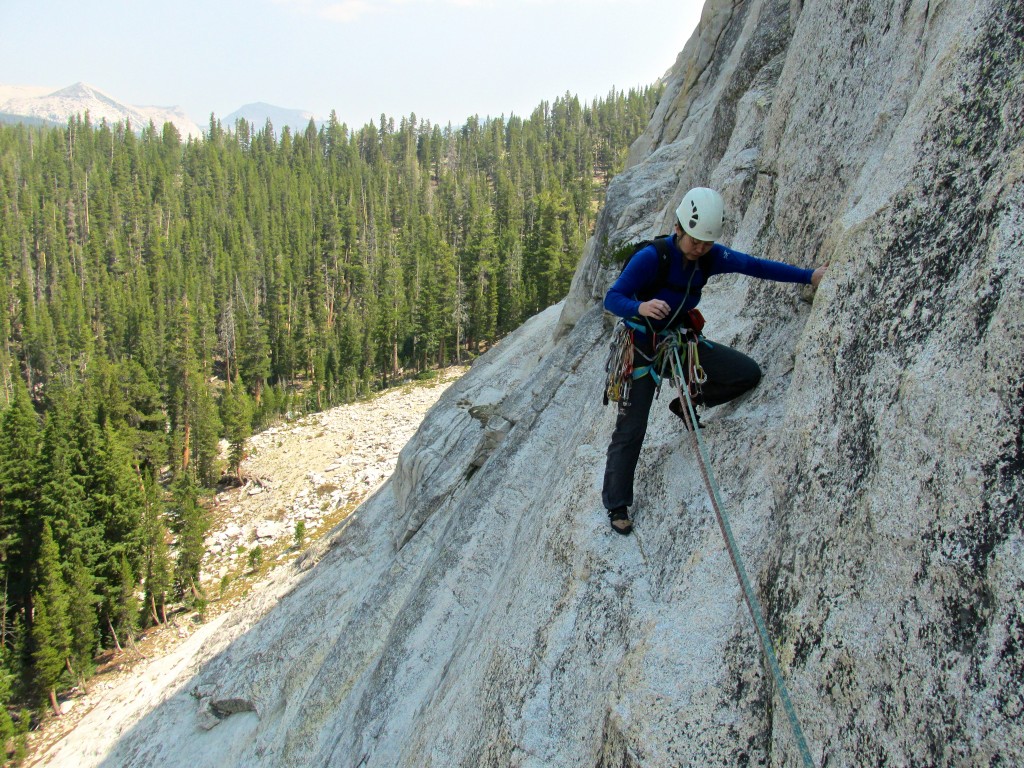 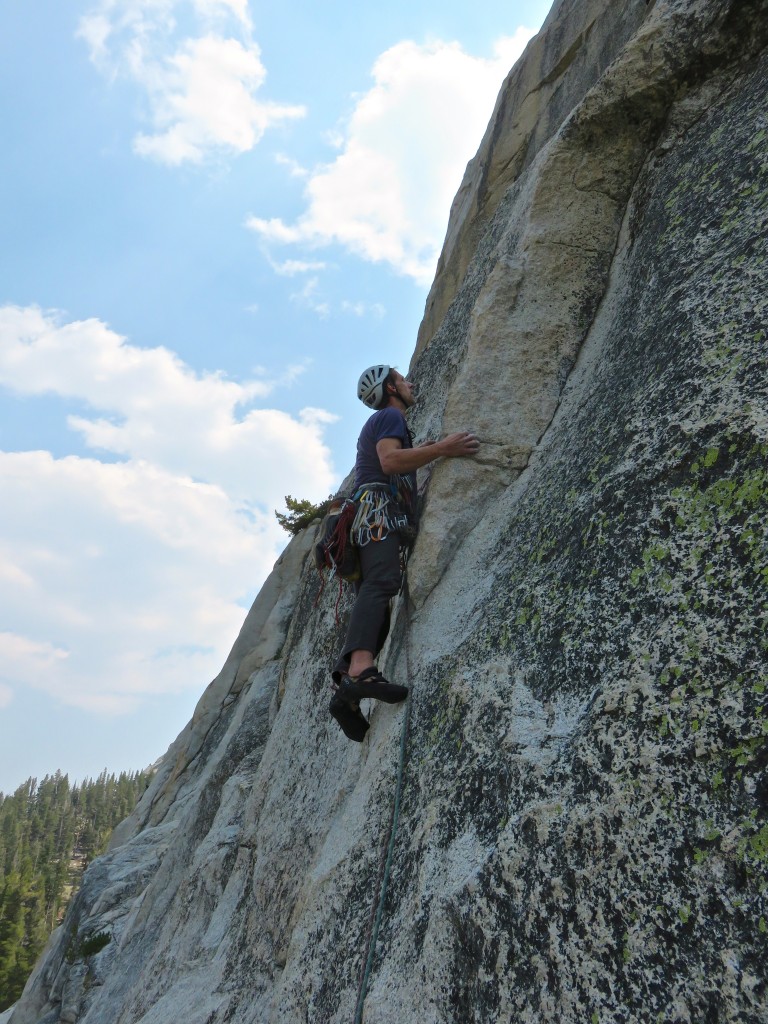 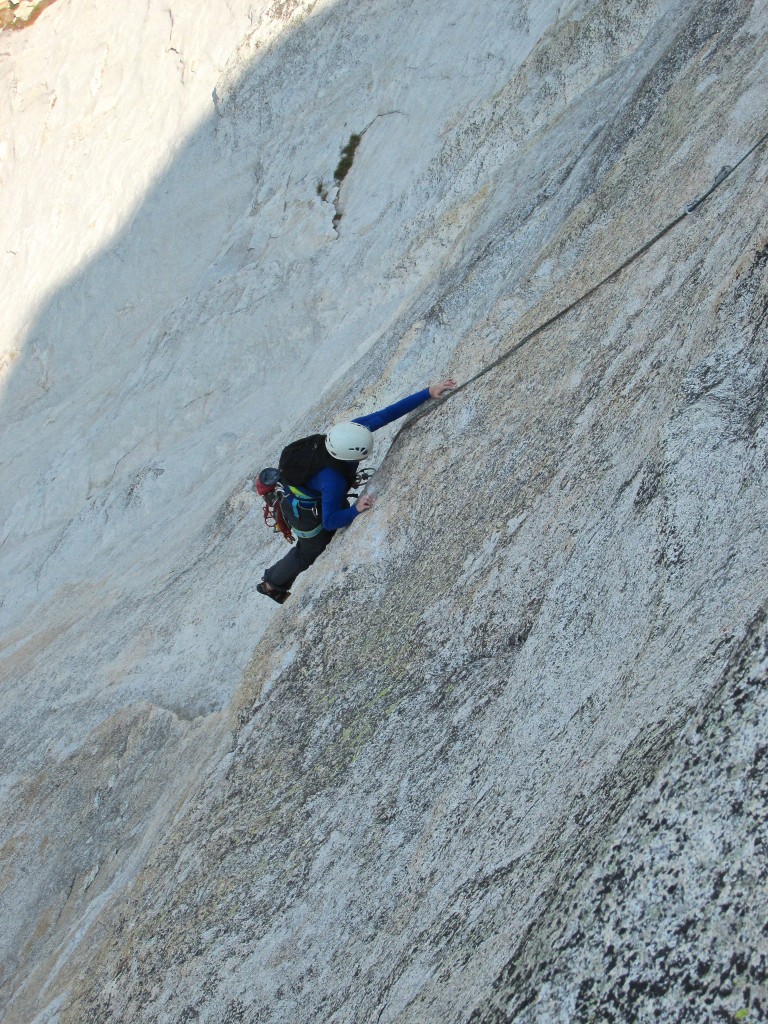 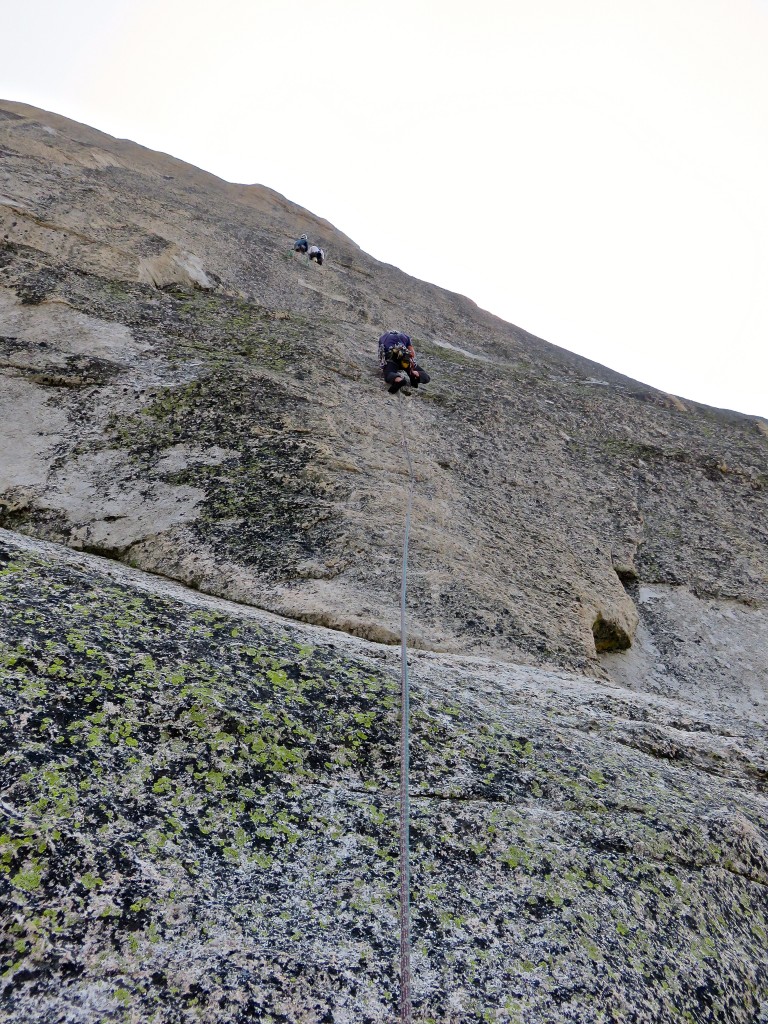 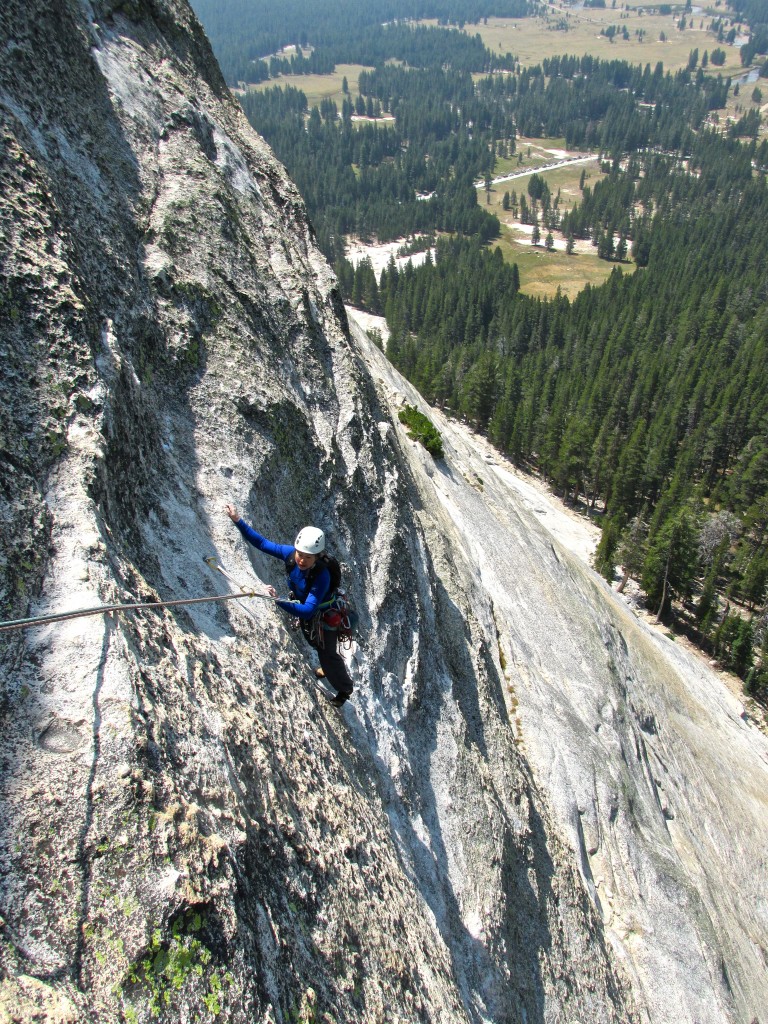 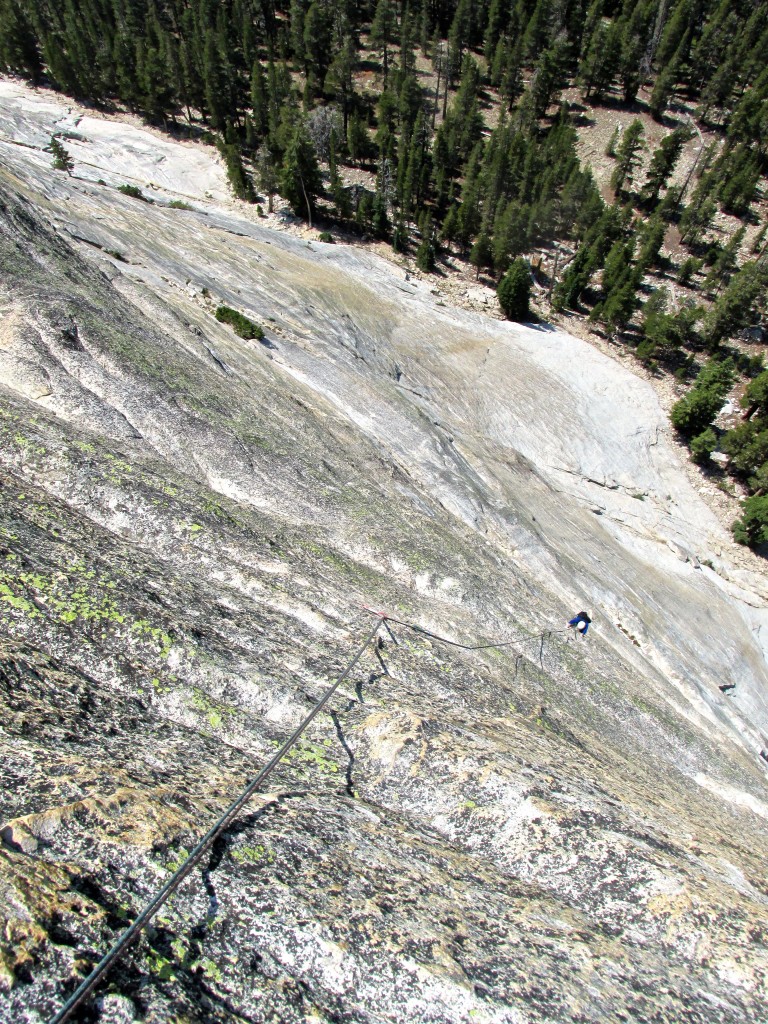 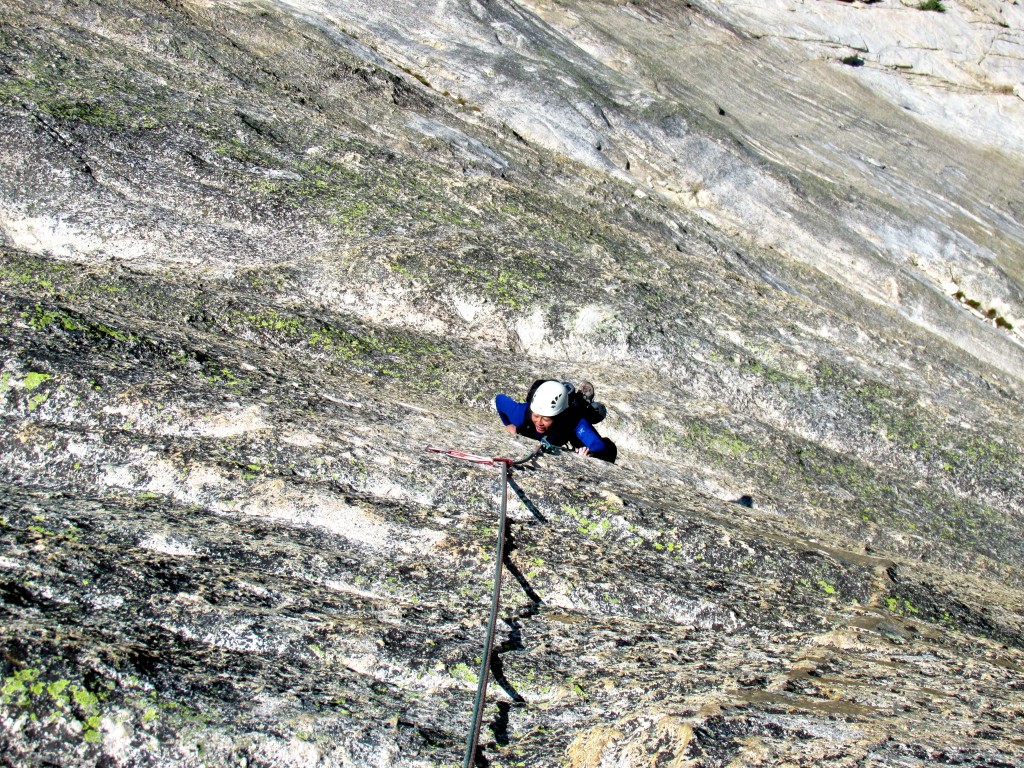 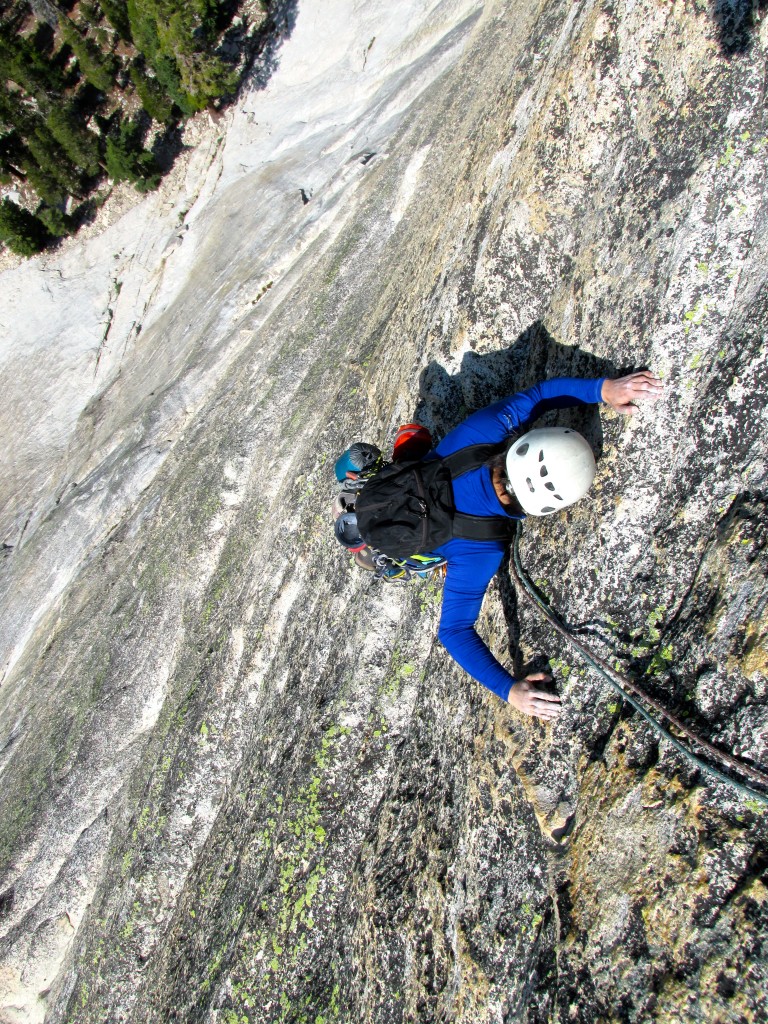 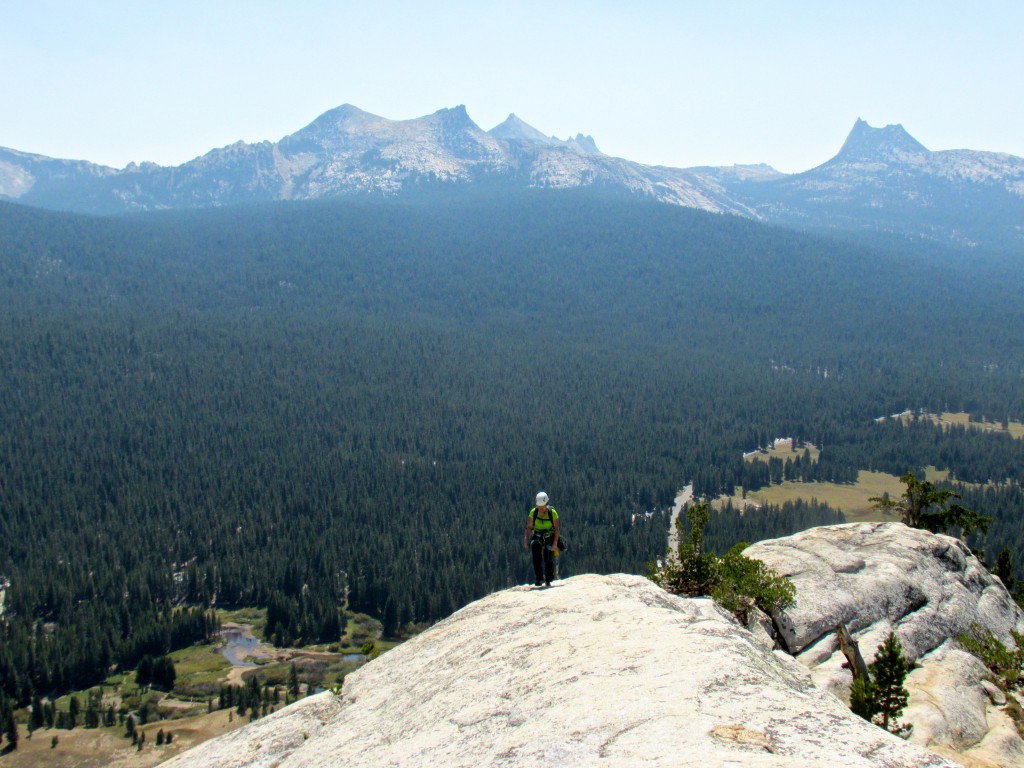 Hiking off the summit of Lembert Dome. Cathedral Peak is the pointy thing in the background (I think…).

Go back to The Sierras page.