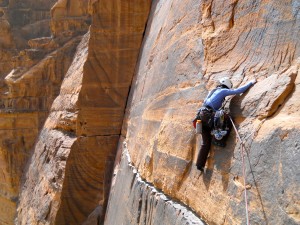 Khaled was not optimistic with the weather forecast for our final day and a half but invited us to stay in his house for the remainder of our time in the Rum. An offer which we jumped on especially since we were quite tired of sleeping on our ultra light, ultra thin, and ultra bone punishing foam mats. The following day we hiked back to the base of Jebel Rum and climbed the excellent Inferno route, five pitches long, 6b classic with a low commitment factor. We watched the sandstorms pound the village below. Shirley led the bouldery 6b crux on pitch 2 and I got the sustained 6a fifth pitch. A great little line! 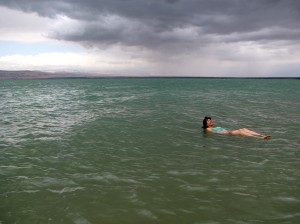 Shirley enjoying the bizarre "swimming" experience in the Dead Sea...one can literally float without getting the head or the palms wet. Pretty cool stuff (March 2012).

We saw some amazing sandstorms on the morning of our final day. TV news was also showing pictures of snowed under Amman (“worst since the first Gulf War!” as we’d find out from a cabbie later) and warning of highway closures north of Wadi Rum. We took one final drive out into the desert with Khaled and then it was time to say good-bye. In the evening we were in some motel in Madaba, a small town between Amman and the Dead Sea …a snowed under Madaba. Not how either of us pictured the Middle East ! In the morning we did the tourist thing. Saw Mount Nebo and took a dip in the Dead Sea – not quite as cold or snowy as Madaba but not exactly warm. Still, it was a pretty wild experience which I’m happy we did not miss! Back home via Paris and Amsterdam where we got some personal time with a TSA agent before boarding the PDX-bound flight…
” Jordan !?!”
“What did you do in Jordan ?”
”We stayed in a desert camp with Bedouin friends”.
Needless to say our checked bags did not get on the same flight and reached home a day after us filled with TSA & customs “courtesy search” tags. 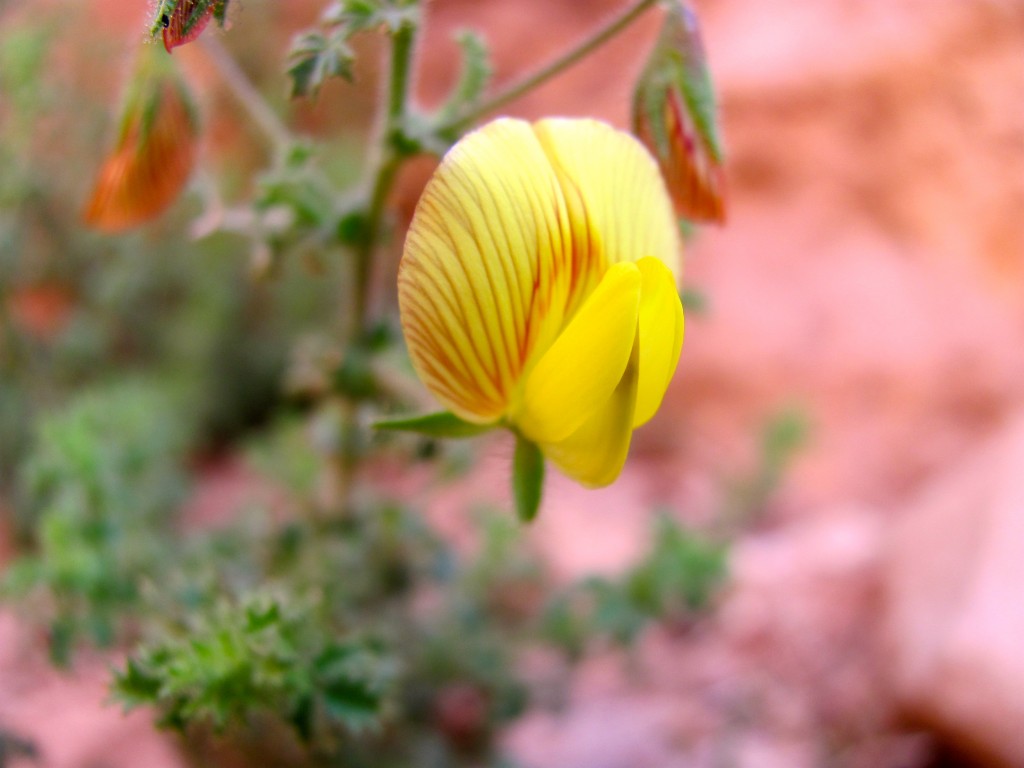 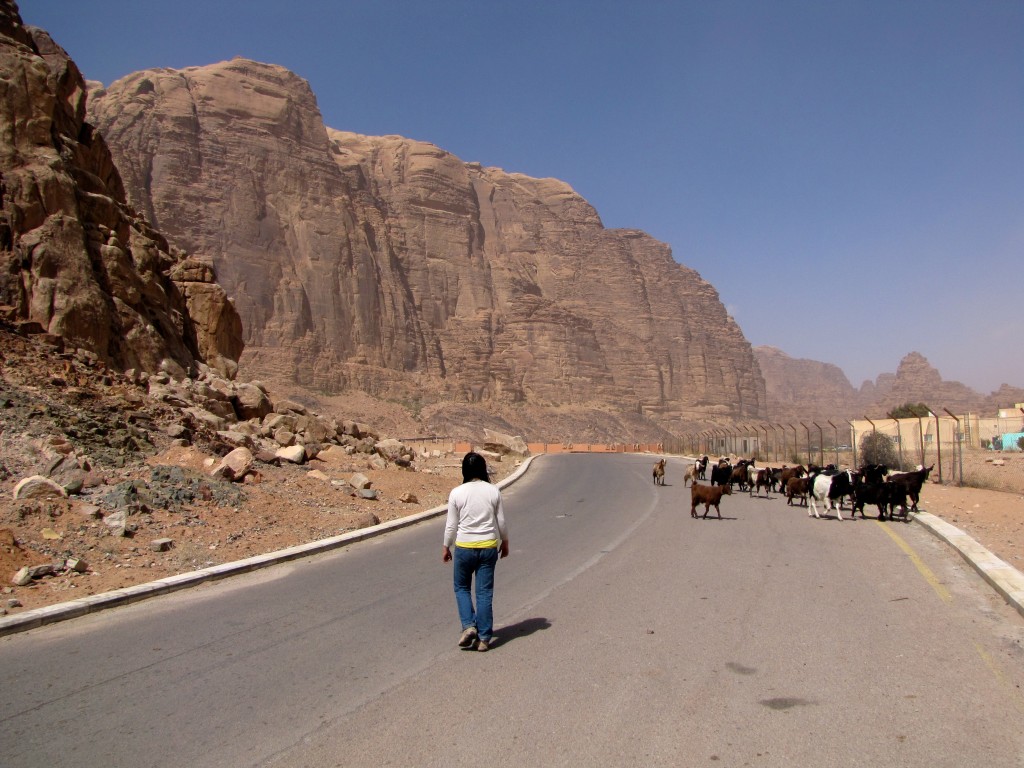 Shirley hiking through the village with some inhabitants marching back to the barn (Feb. 2012). 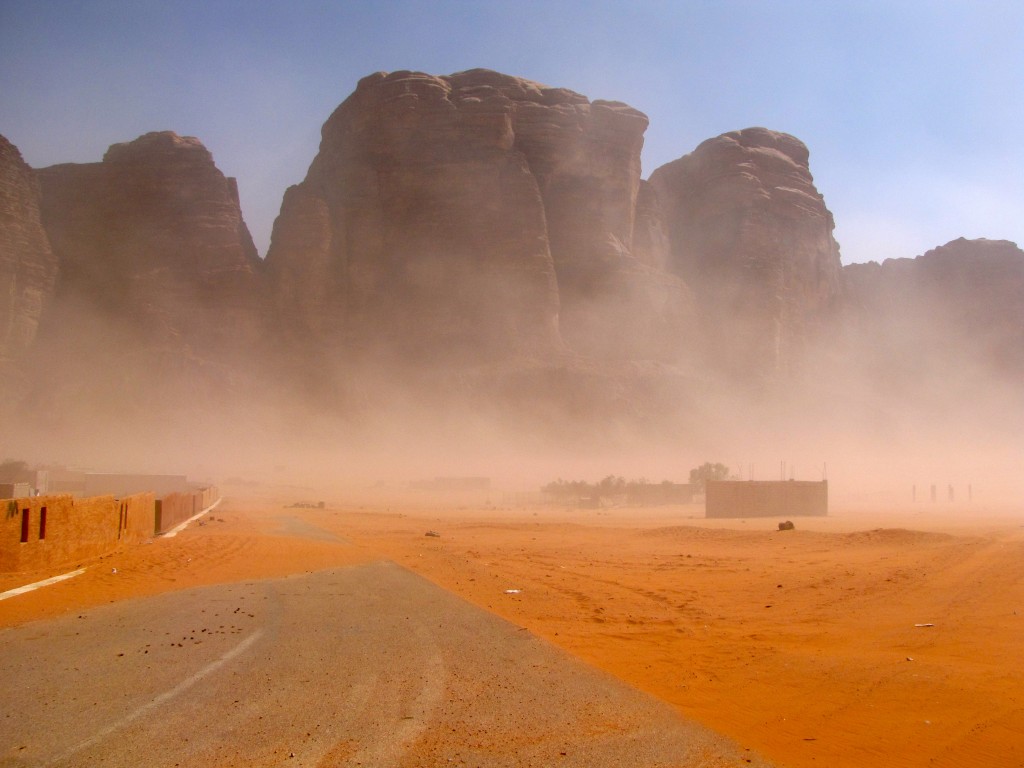 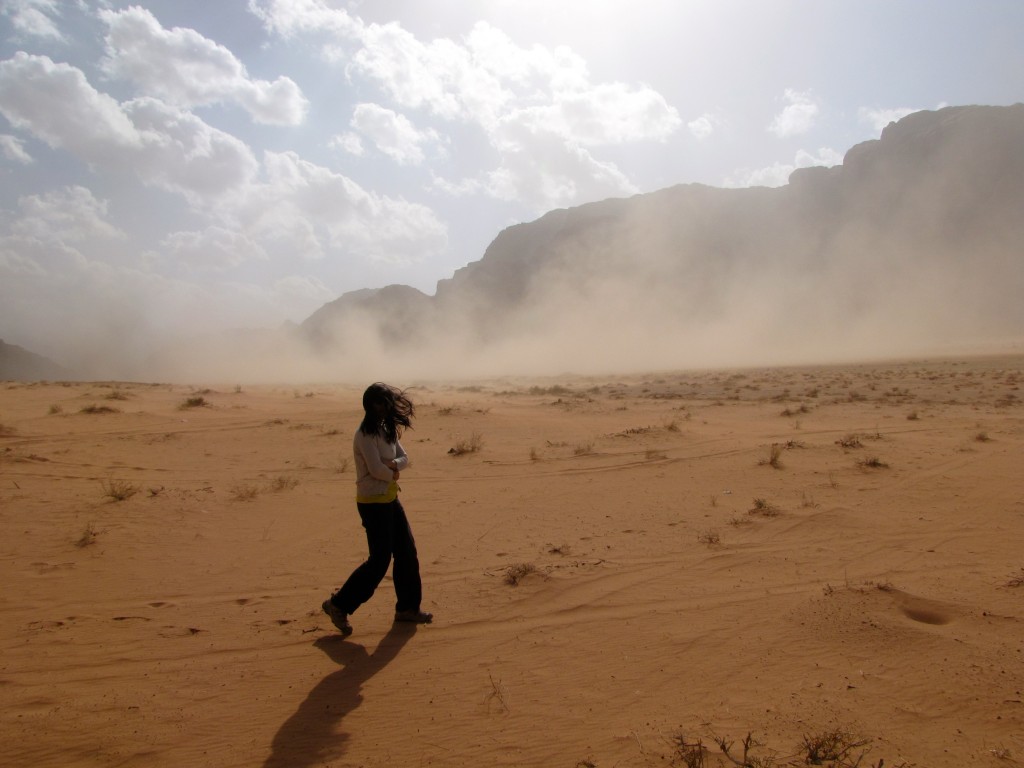 Shirley hiking through a sandstorm (Feb. 2012). 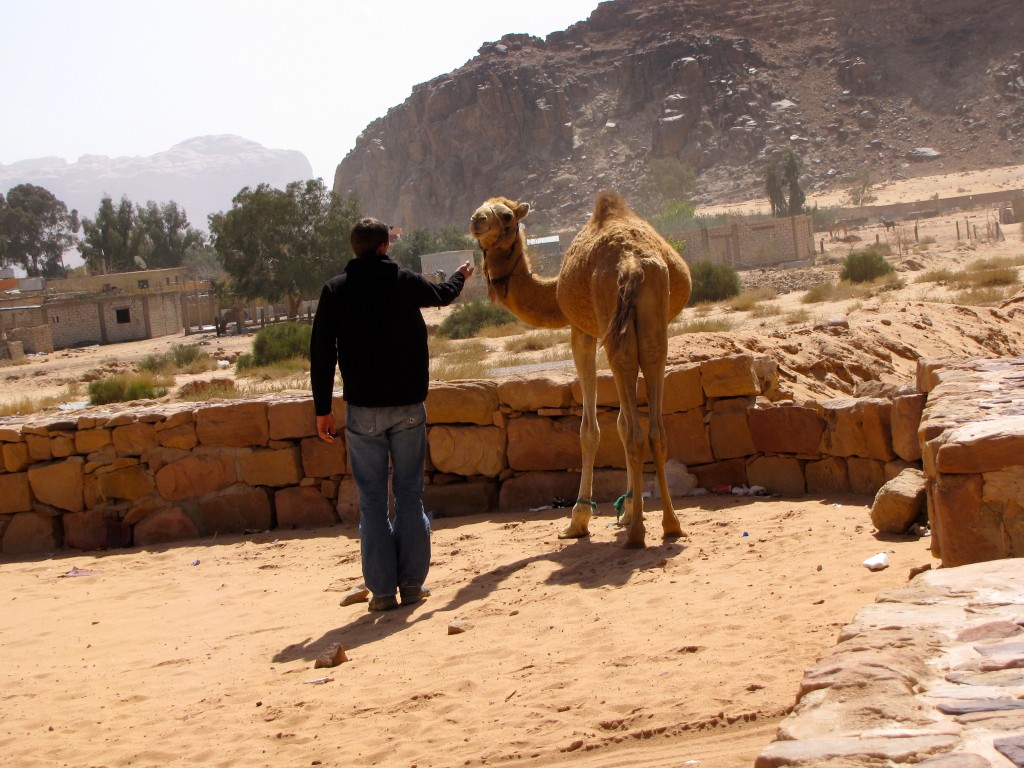 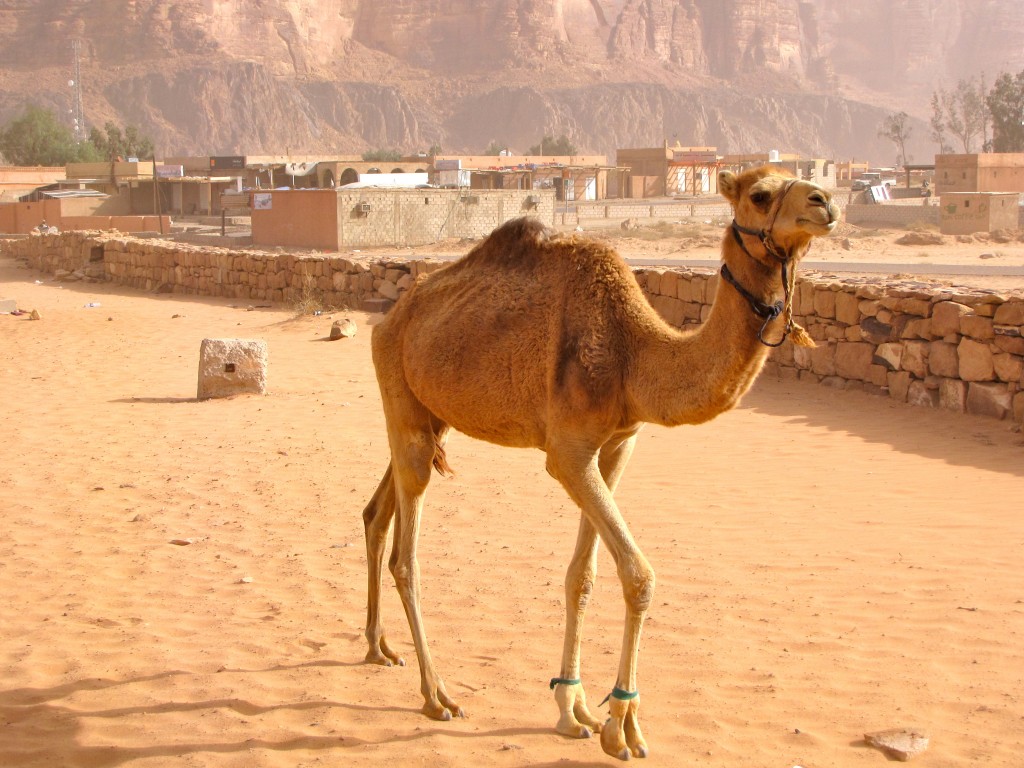 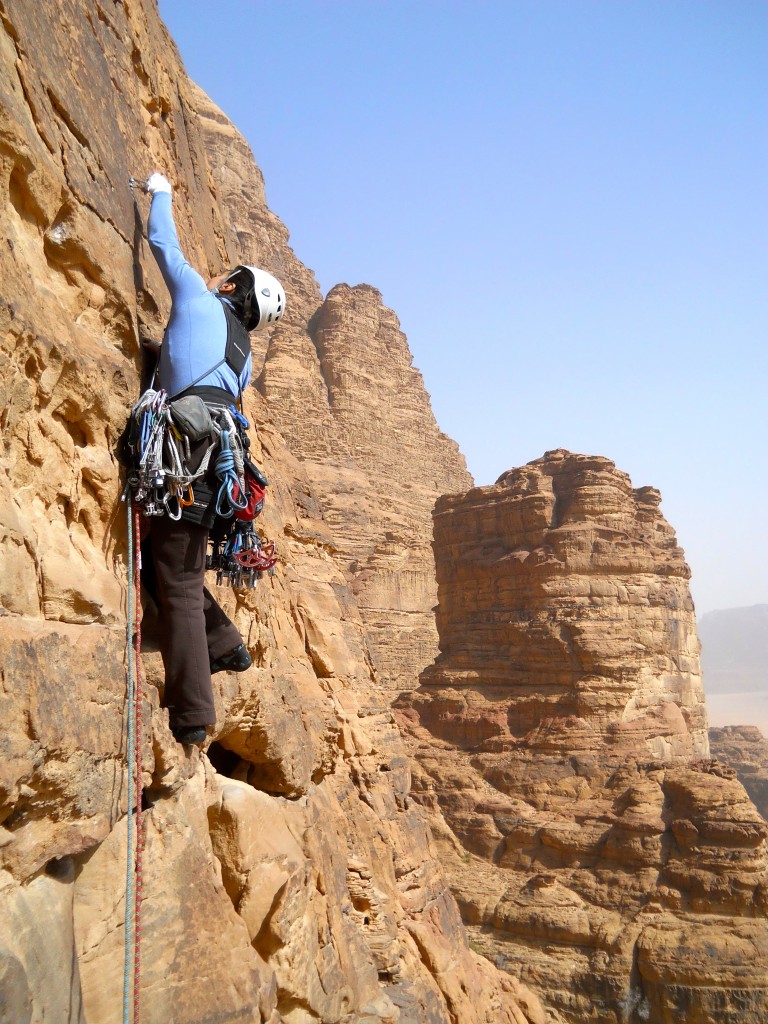 Shirley starting the lead of the crux pitch (6b) of the beautiful Inferno route on the east face of Jebel Rum (Feb. 2012). 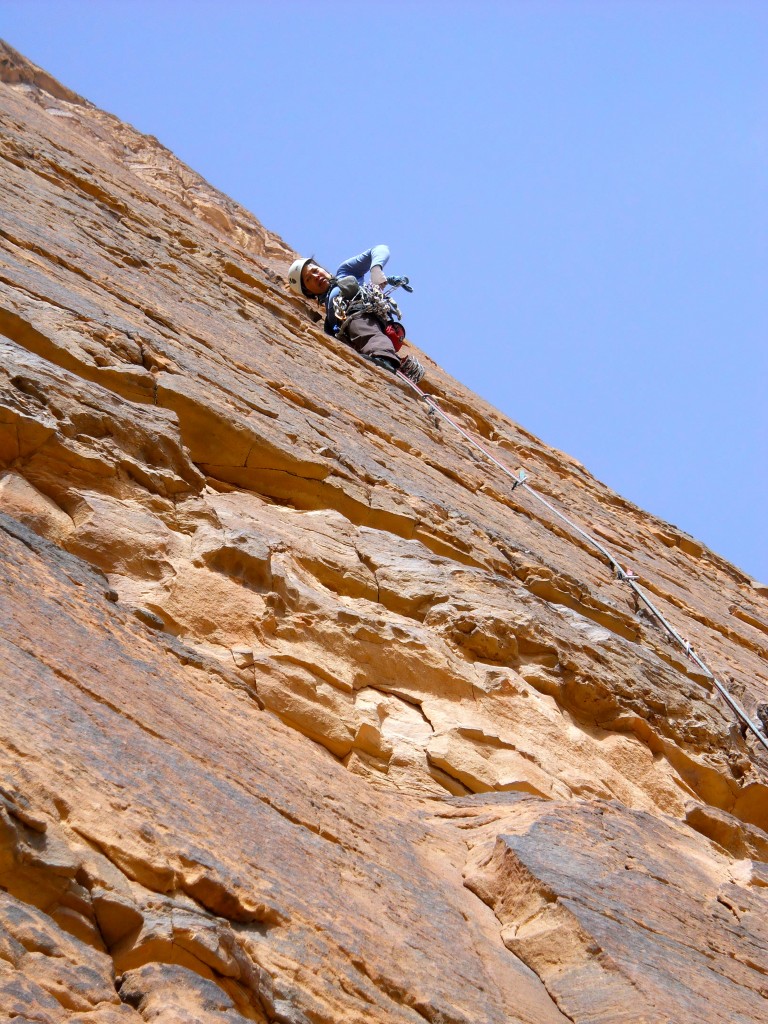 Shirley entering the crux section on pitch 2 of Inferno (Feb. 2012). 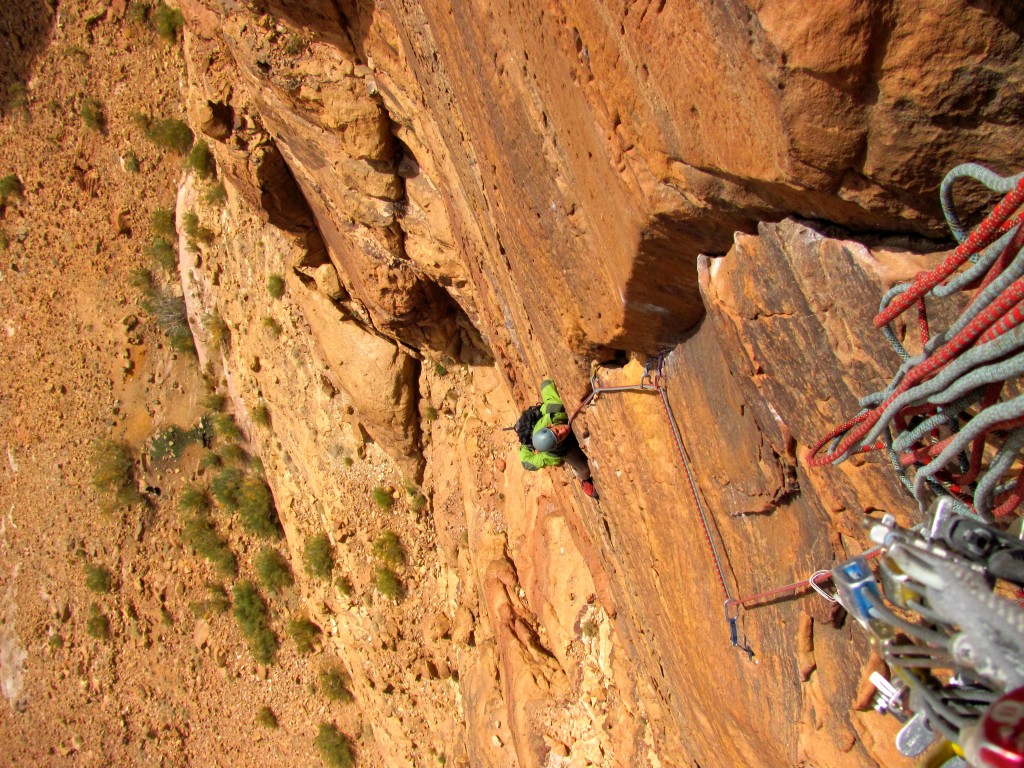 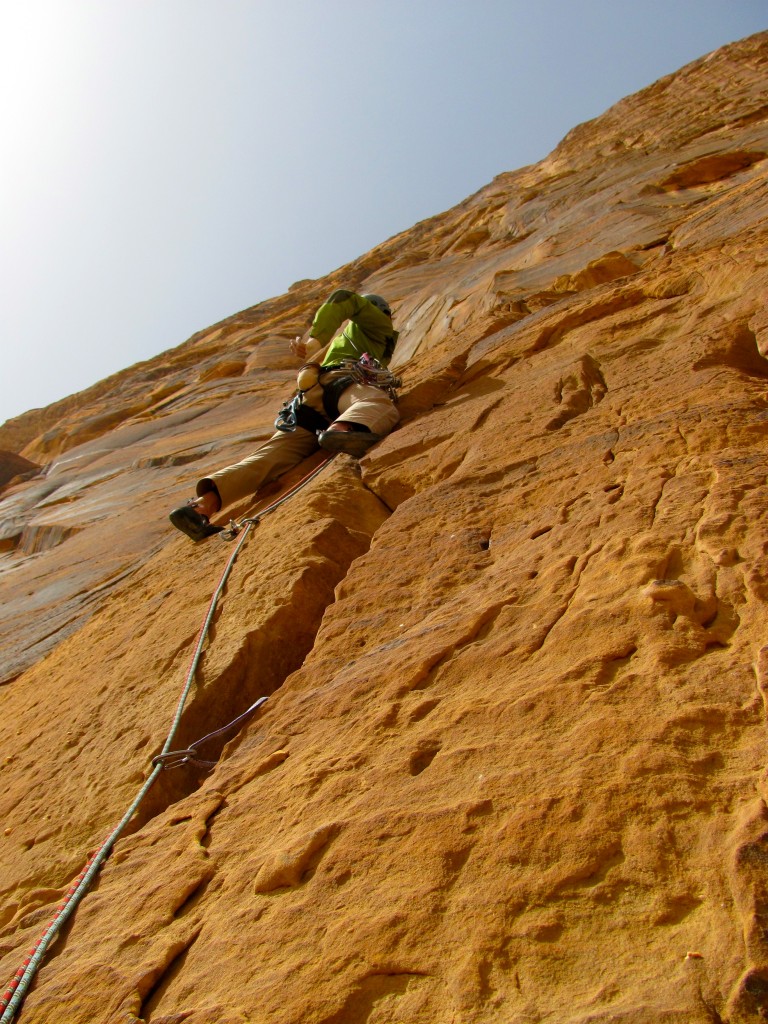 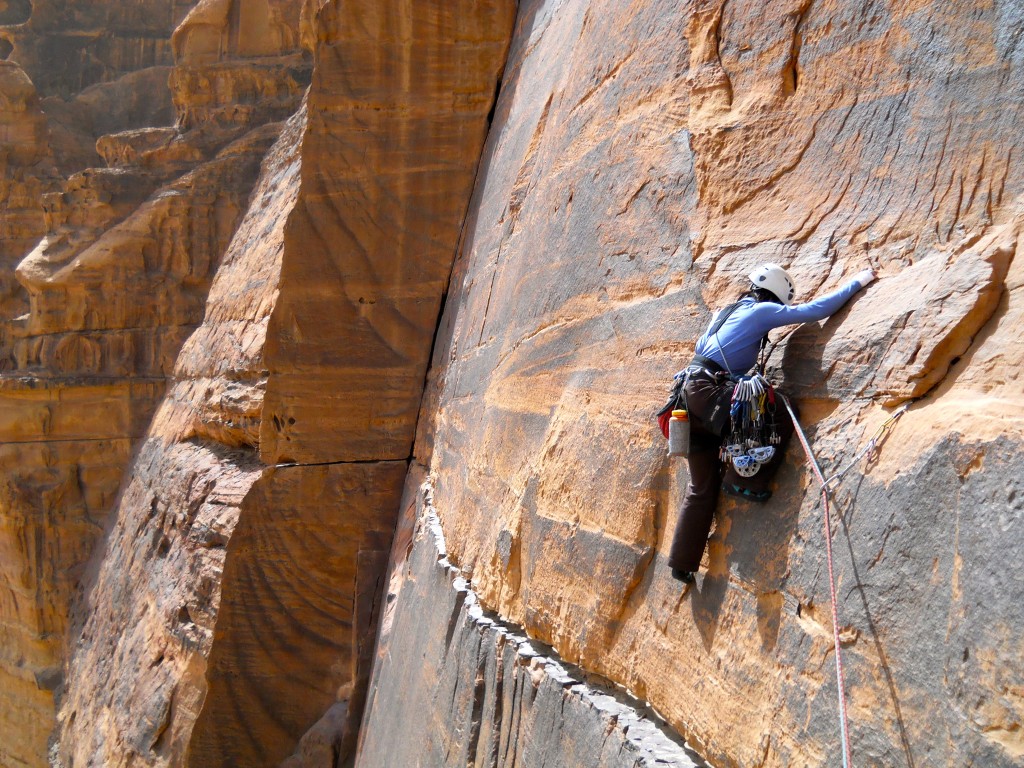 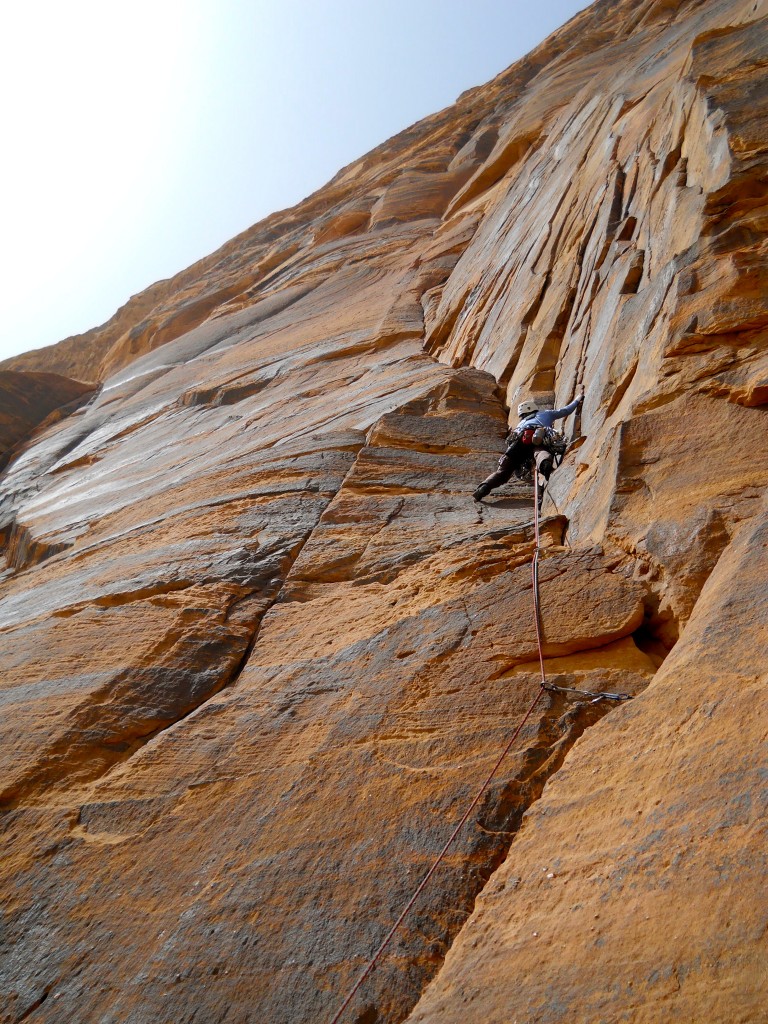 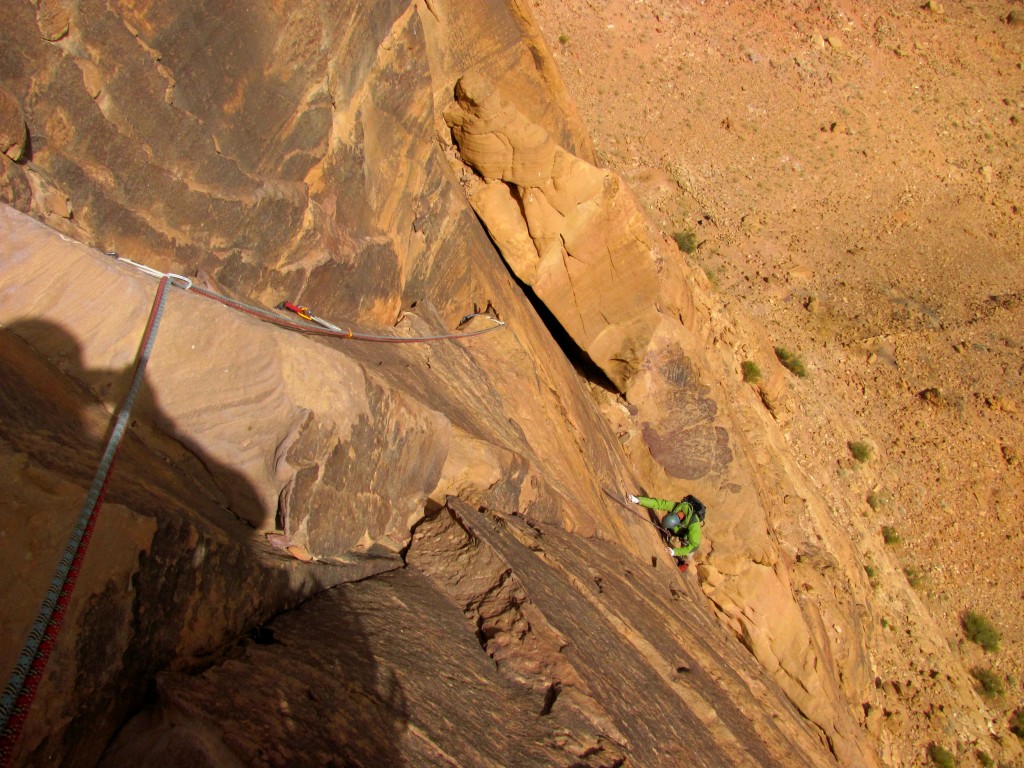 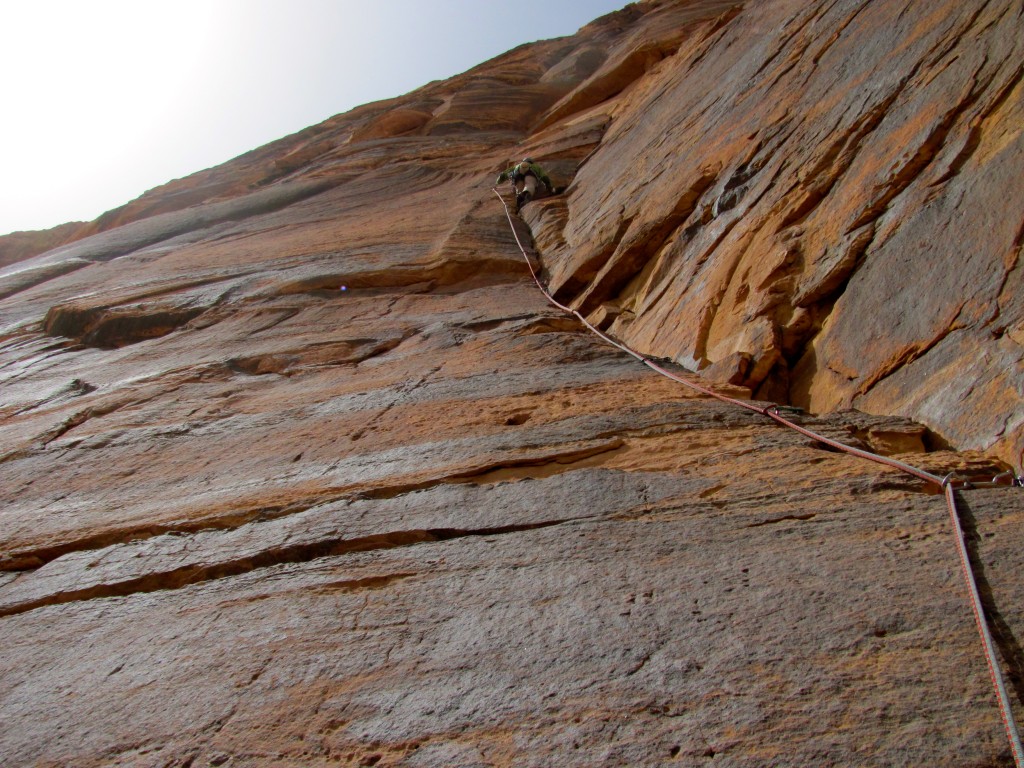 Leading pitch 5 of Inferno - great climbing on this one with a tricky exit (Feb. 2012). 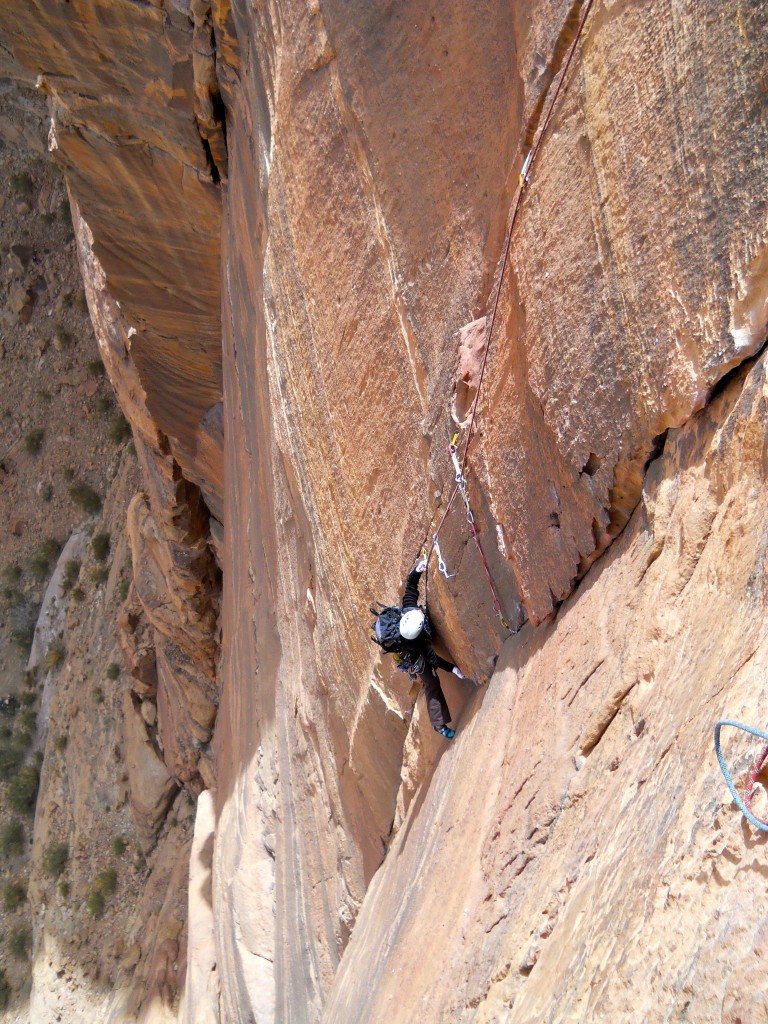 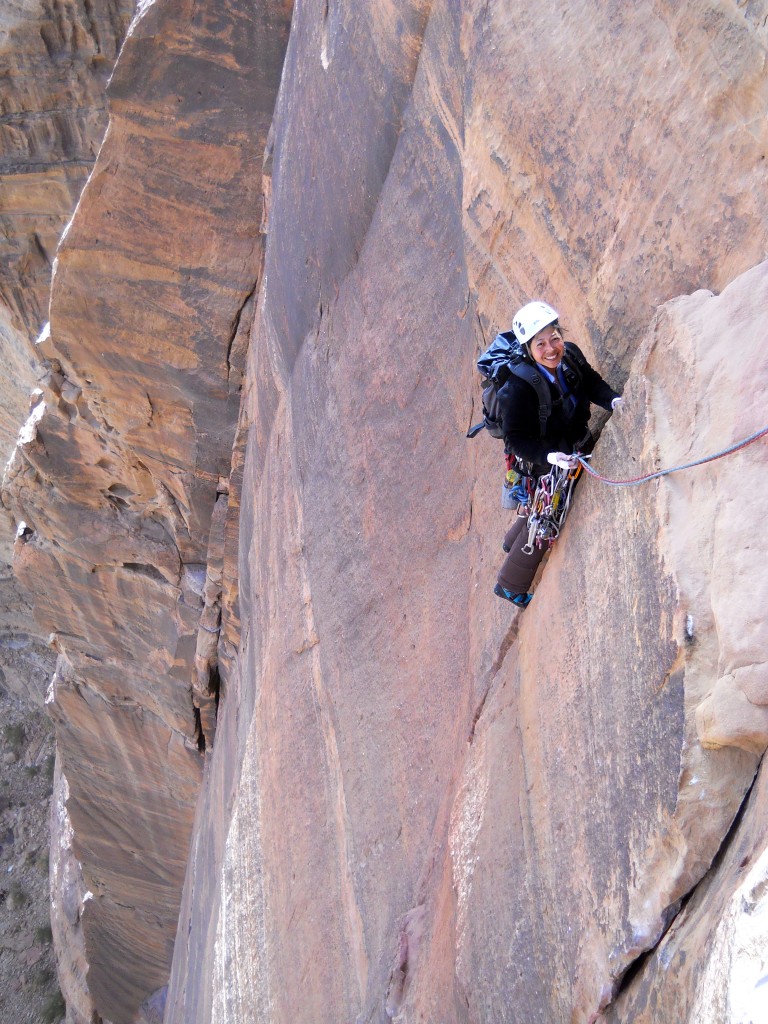 Shirley topping out on Inferno - a short (don't confuse with Towering Inferno) but excellent route (Feb. 2012). 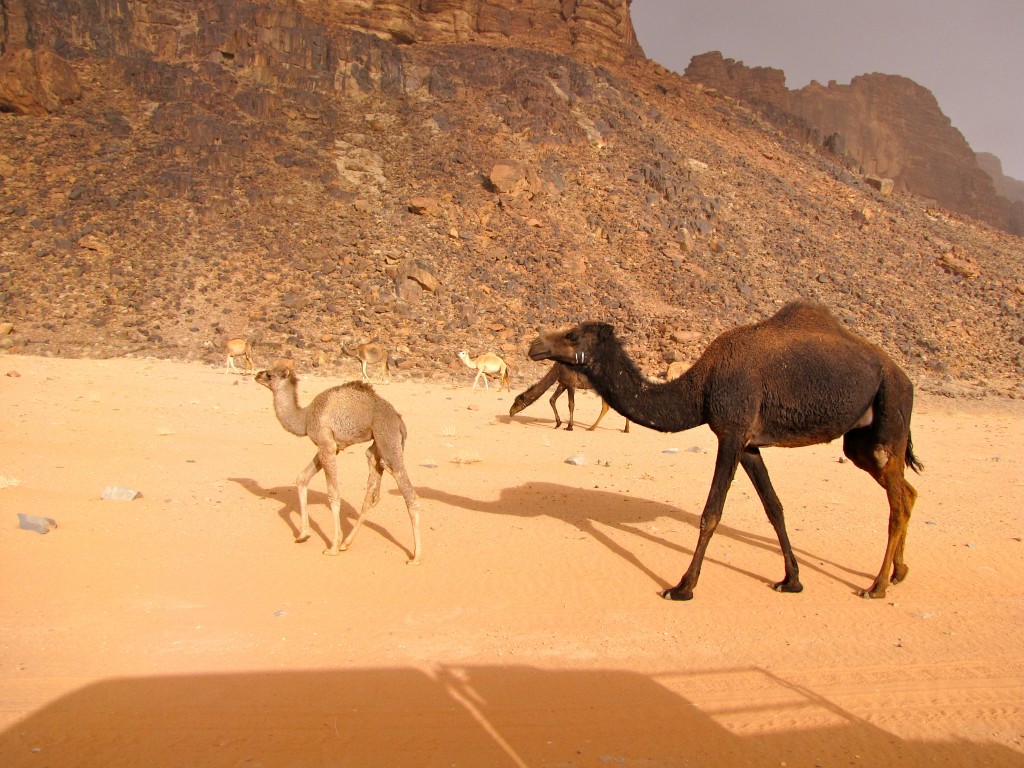 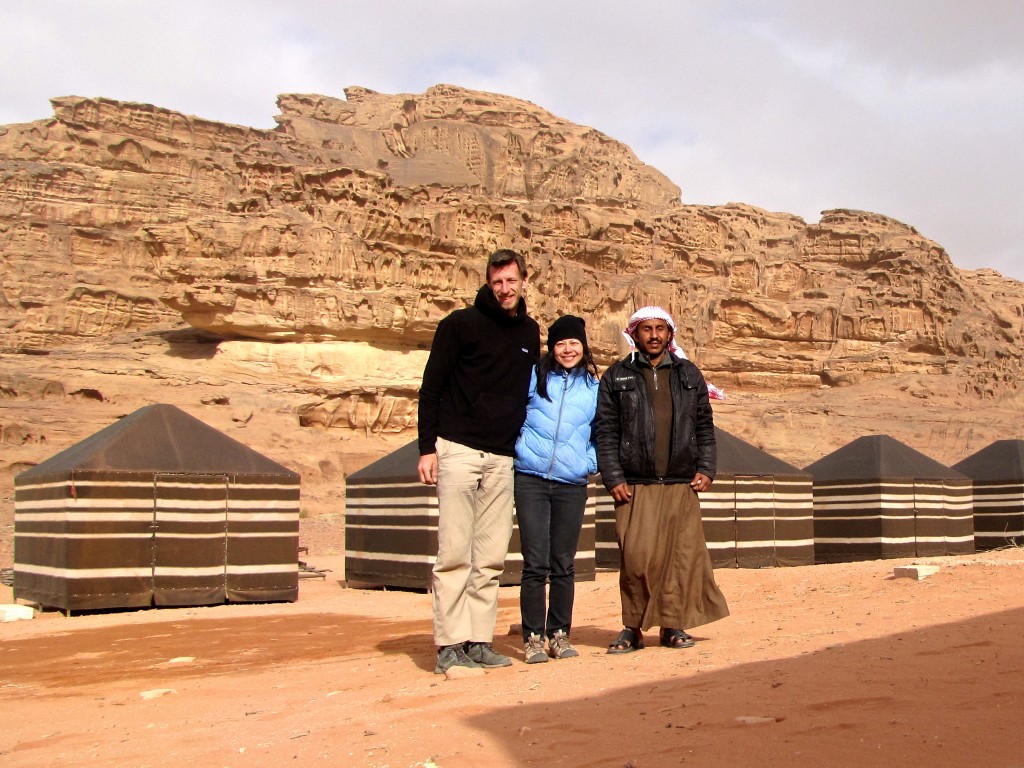 Our new friend Khaled with Shirley and me at one of his back country camps. This one is just a few kilometers from the Saudi border (March 2012). 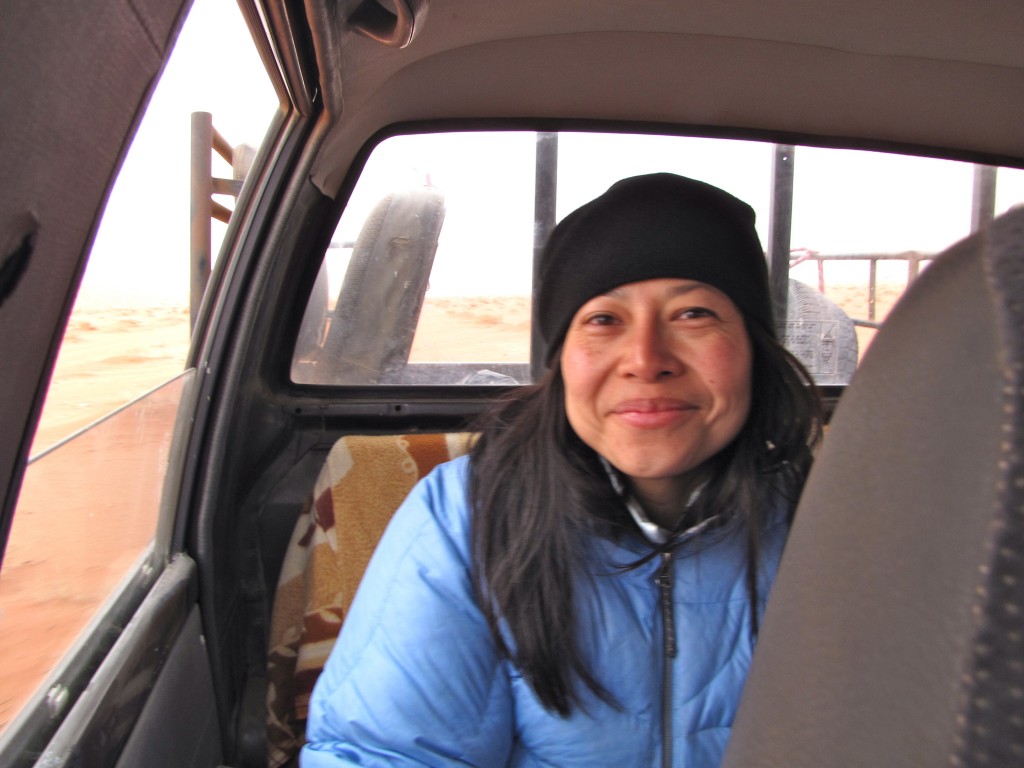 Happy Shirley riding out of the desert in Khaled's pick up on our final day in Wadi Rum (March 2012). 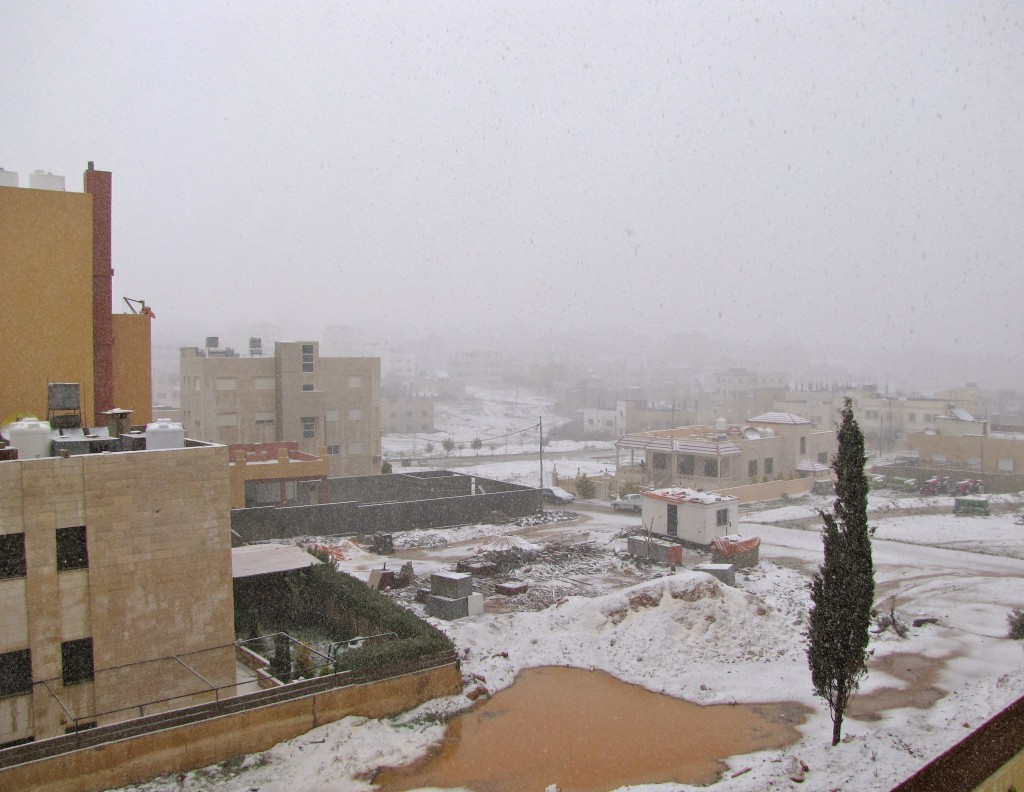 The view out of our motel window in the town of Madaba (just outside of Amman; March 2012). 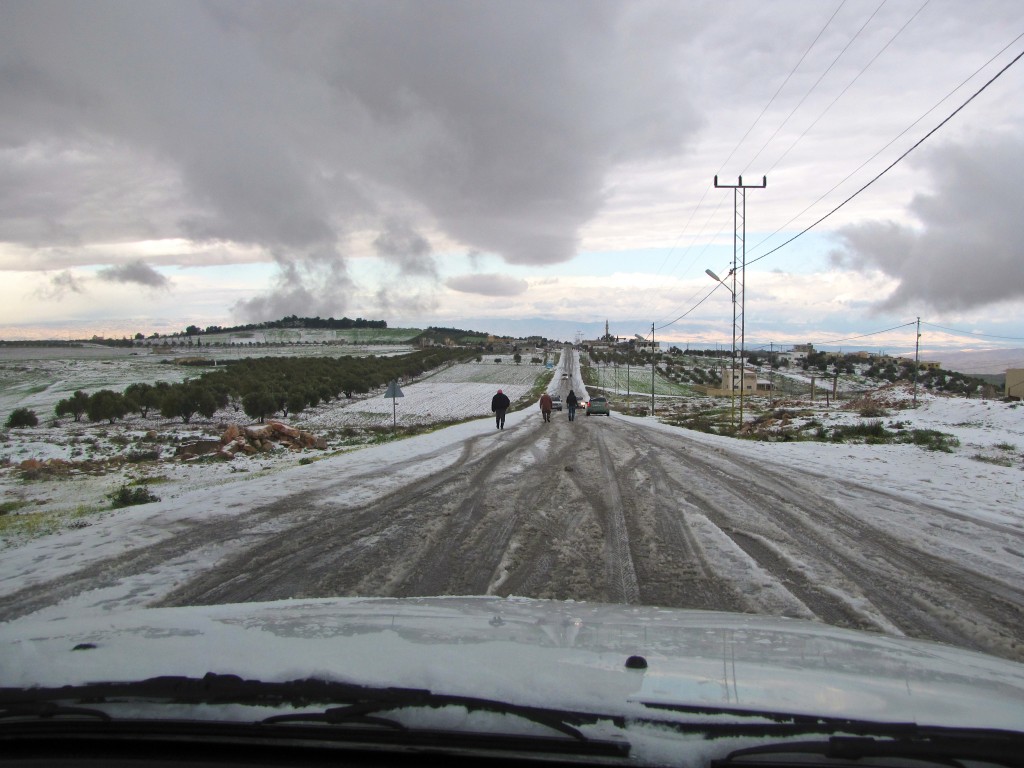 The short drive from the town of Madaba to the Dead Sea. 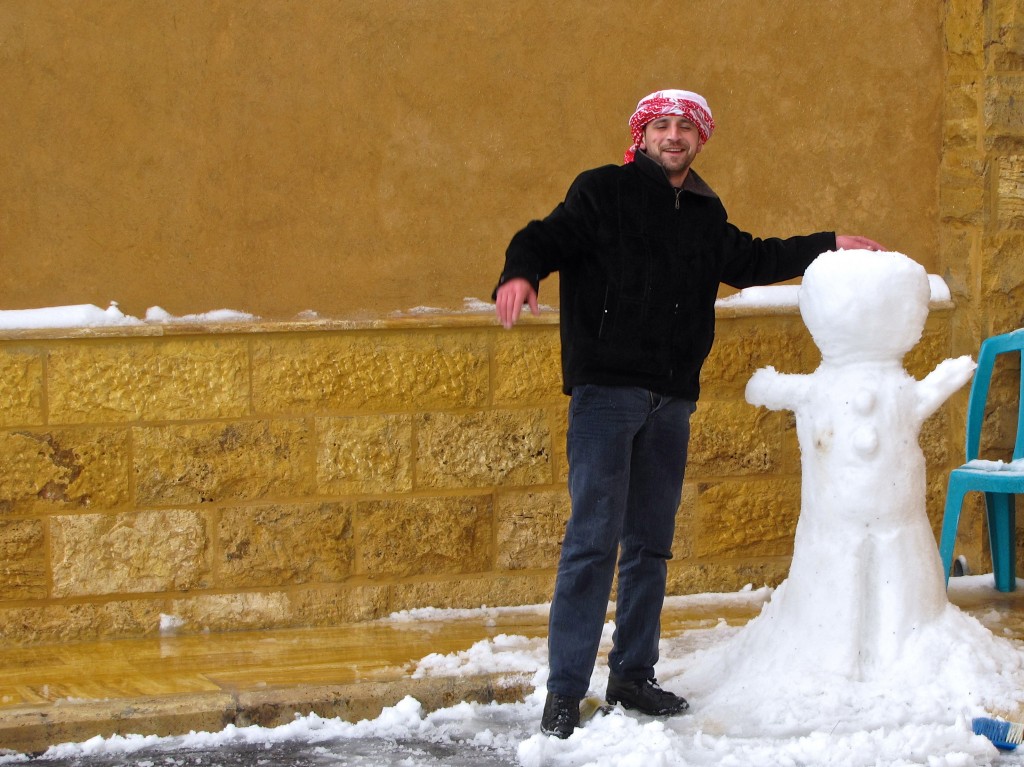 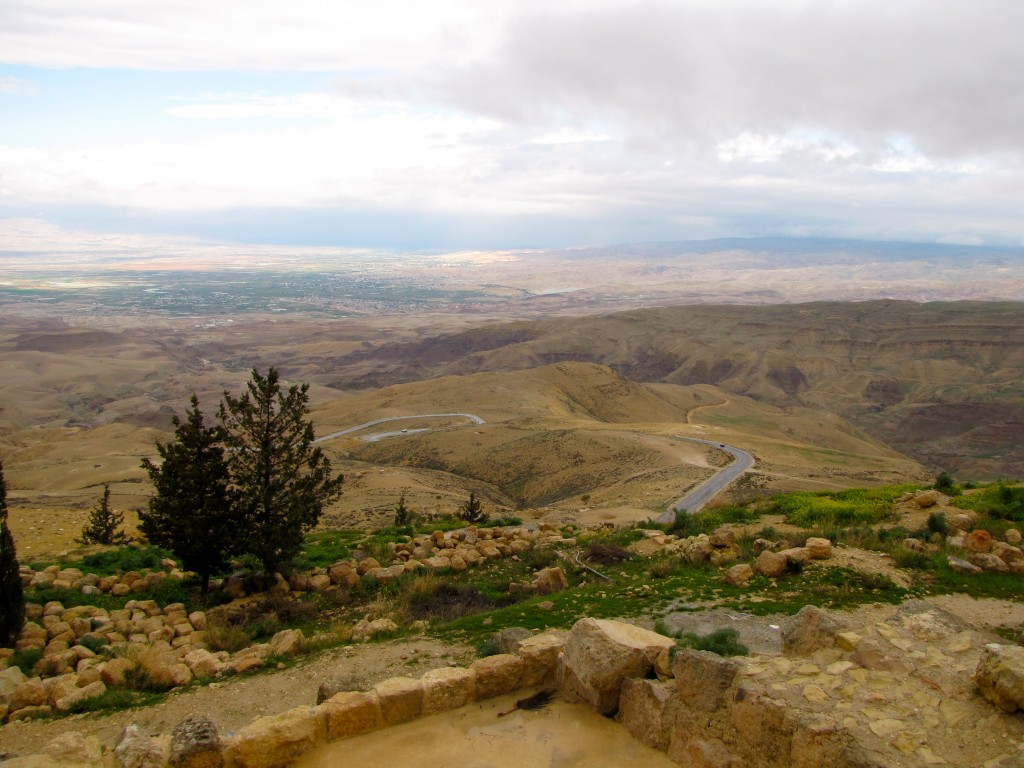 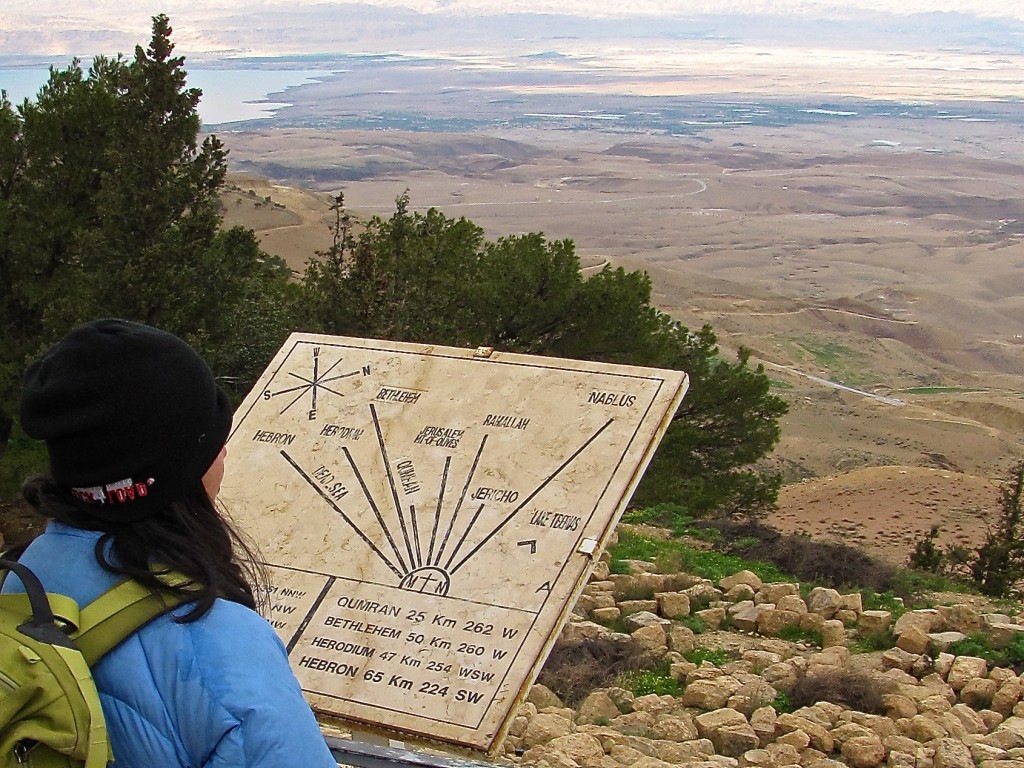 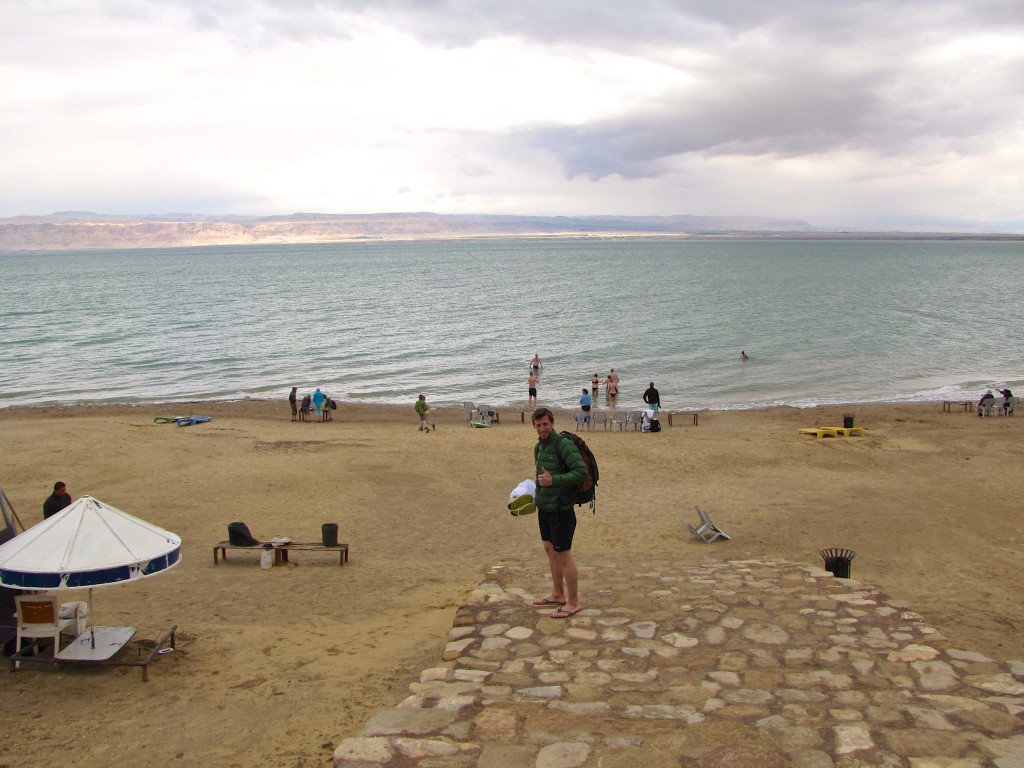 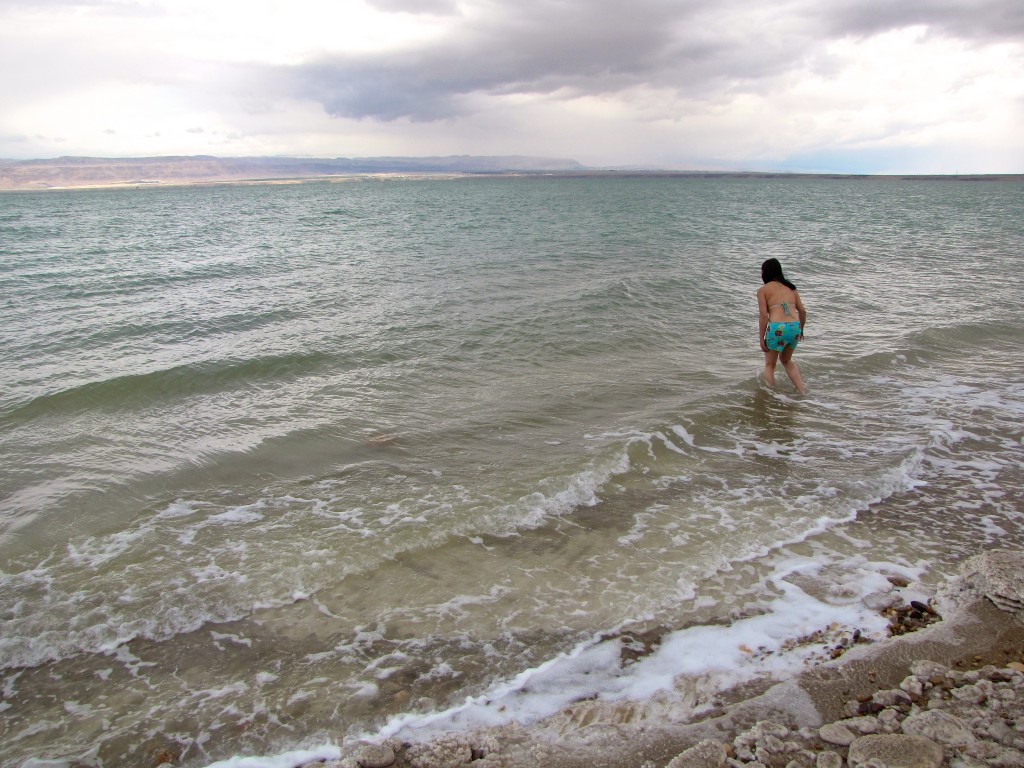 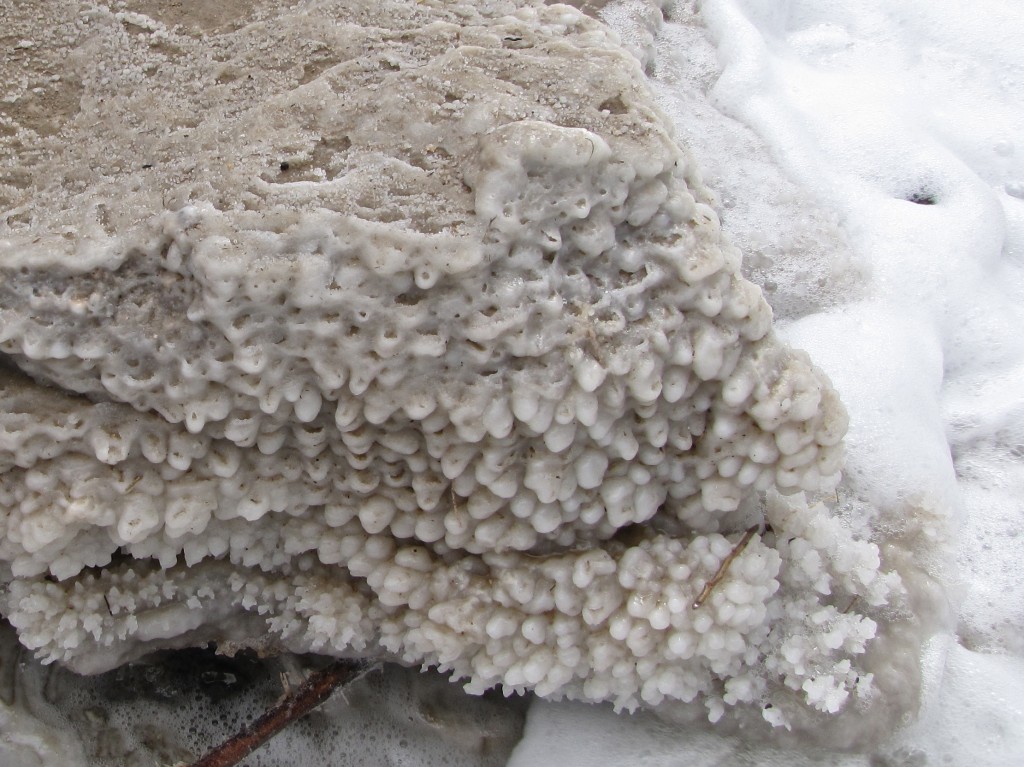 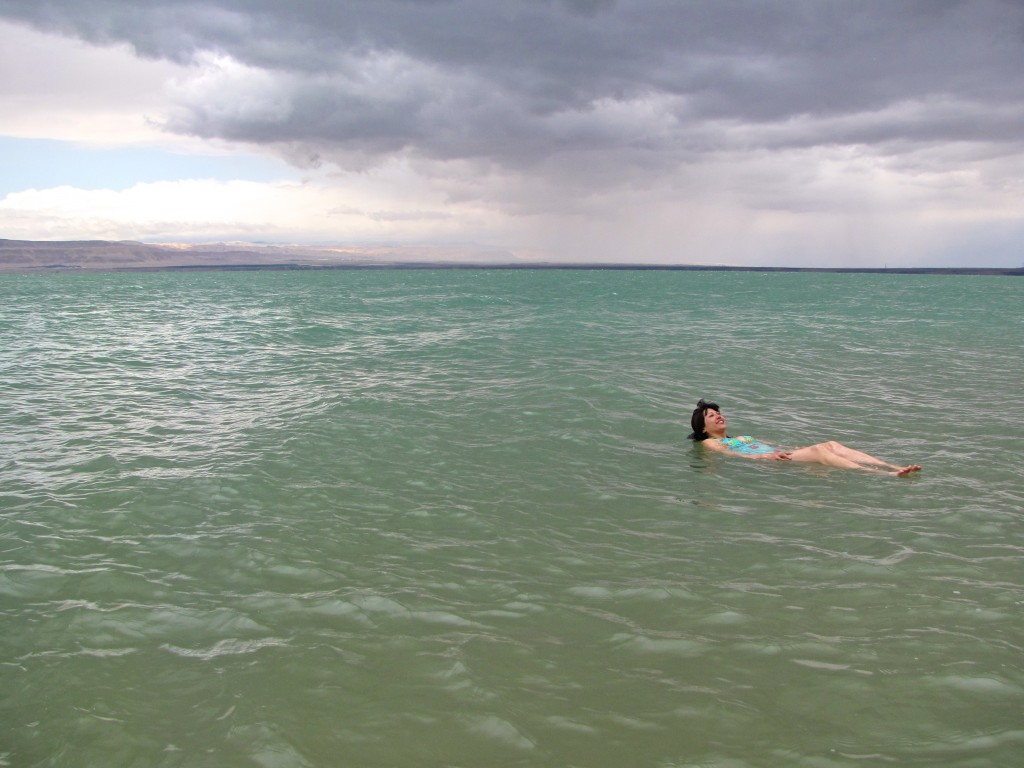 Shirley enjoying the bizarre “swimming” experience in the Dead Sea…one can literally float without getting the head or the palms wet. Pretty cool stuff (March 2012).

Go back to Jordan – First Trip