Perhaps the title should be Memorable Raps…Nothing fun about rapping other than it often is the final barrier separating a climber from the beer. Here are a handful of more photogenic ones from our experience. 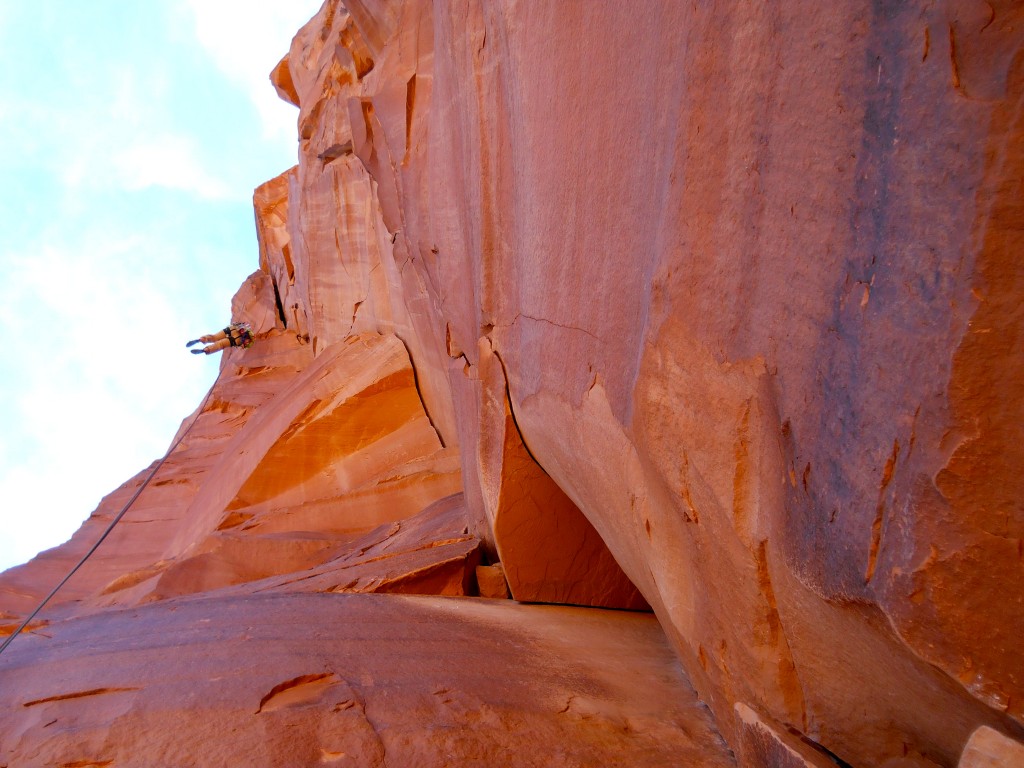 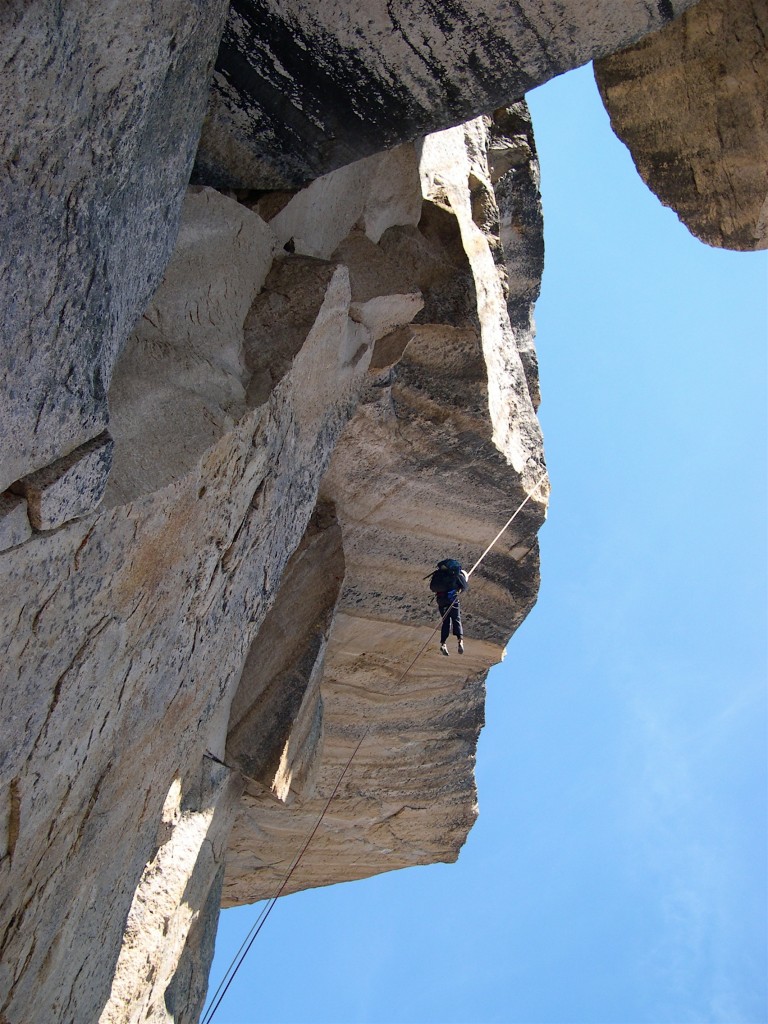 The wild first rappel off the summit ridge of Warbonnet...very cool (Labor Day 2003). 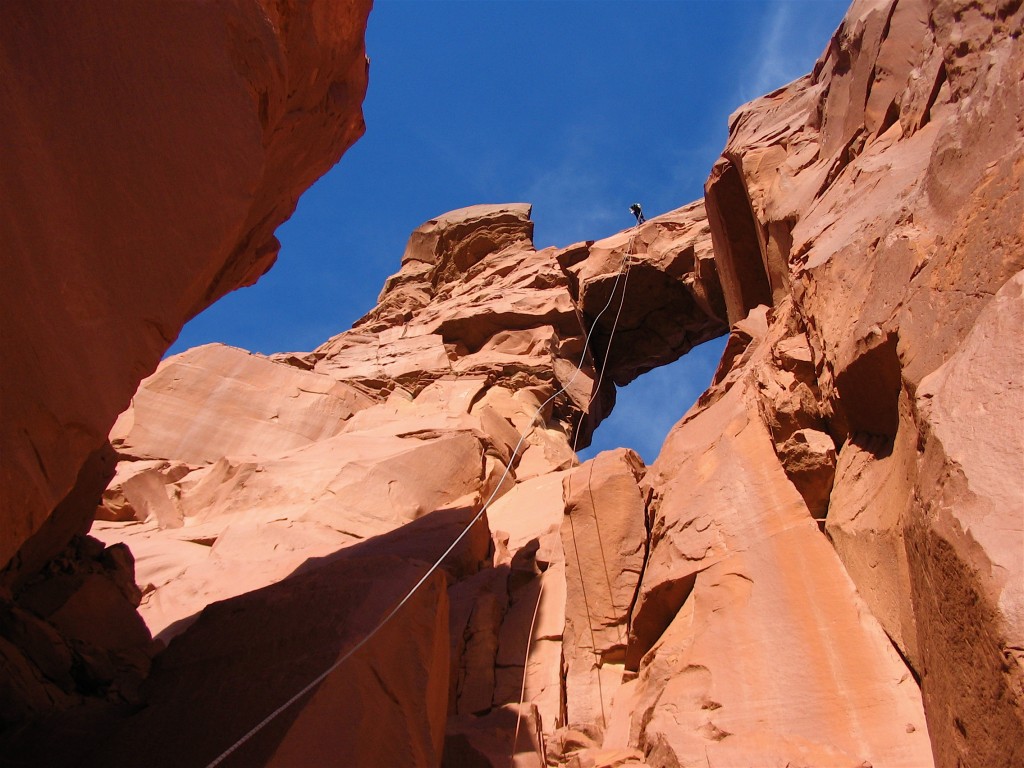 Shirley rapping down the huge arch formed by Washer Woman's arms reaching into the tub. This is one of the wildest rappels we've done to date (November 25, 2005). 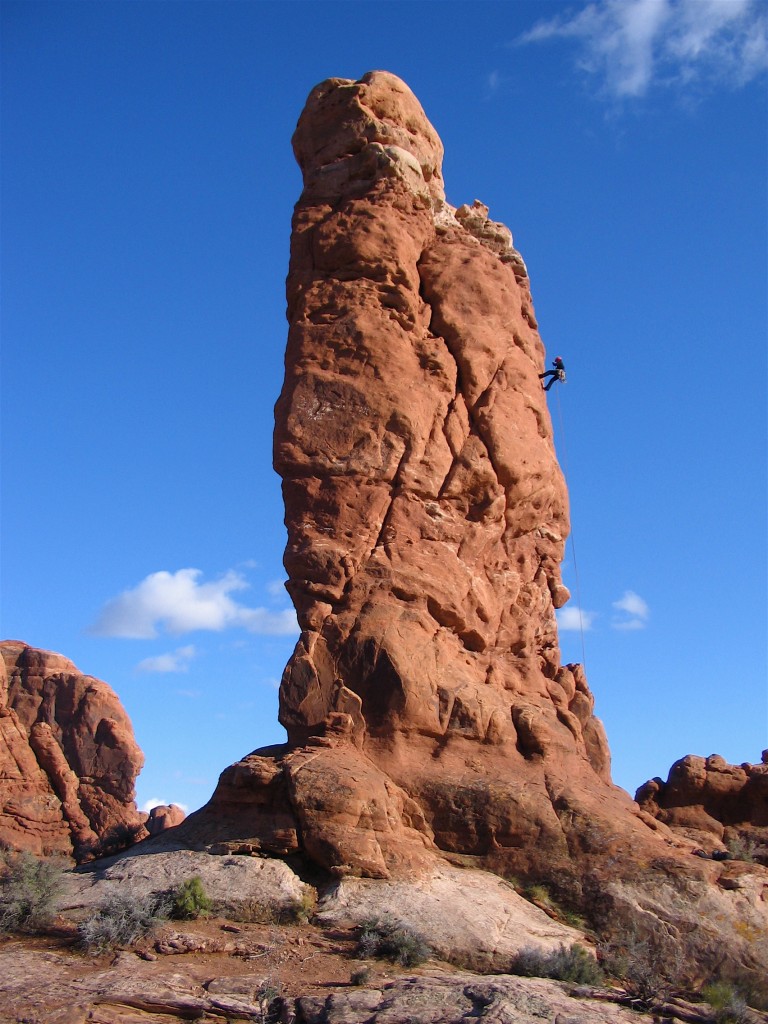 Shirley rapping from Owl Rock after our climb of Olevsky Route (March 26, 2005). 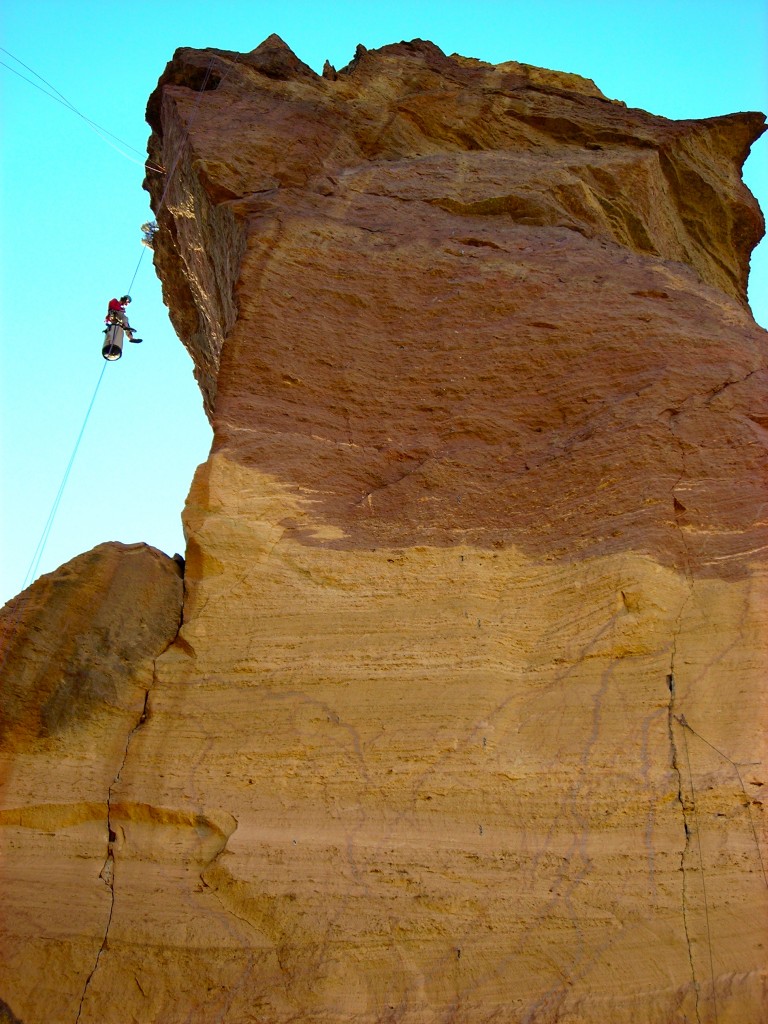 Riding the pig down the long rap off of Monkey Face (June 2007).

Shirley rapping down the final rap of Fine Jade. Note the rope hanging away from the lower part of the pitch - a nicely overhung OW crack starts your Fine Jade day (Apr. 30, 2006). 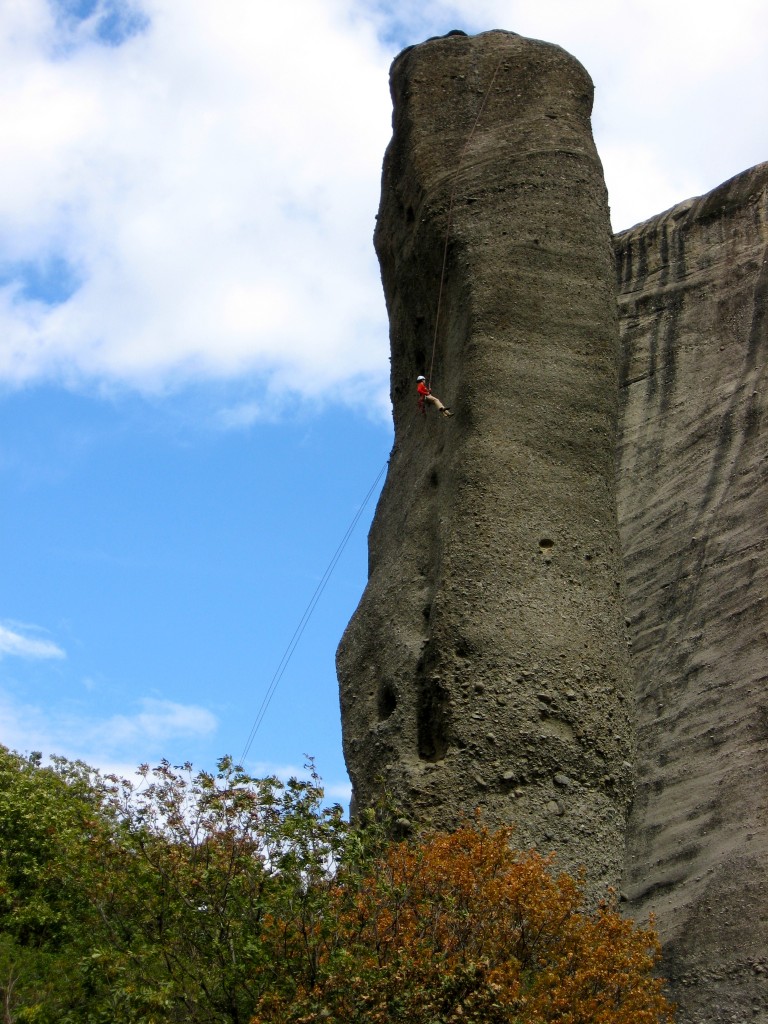 Shirley on the final rap down east/southeast face of Sheep Rock after our climb of Virgin Wool (Apr. 22, 2007). 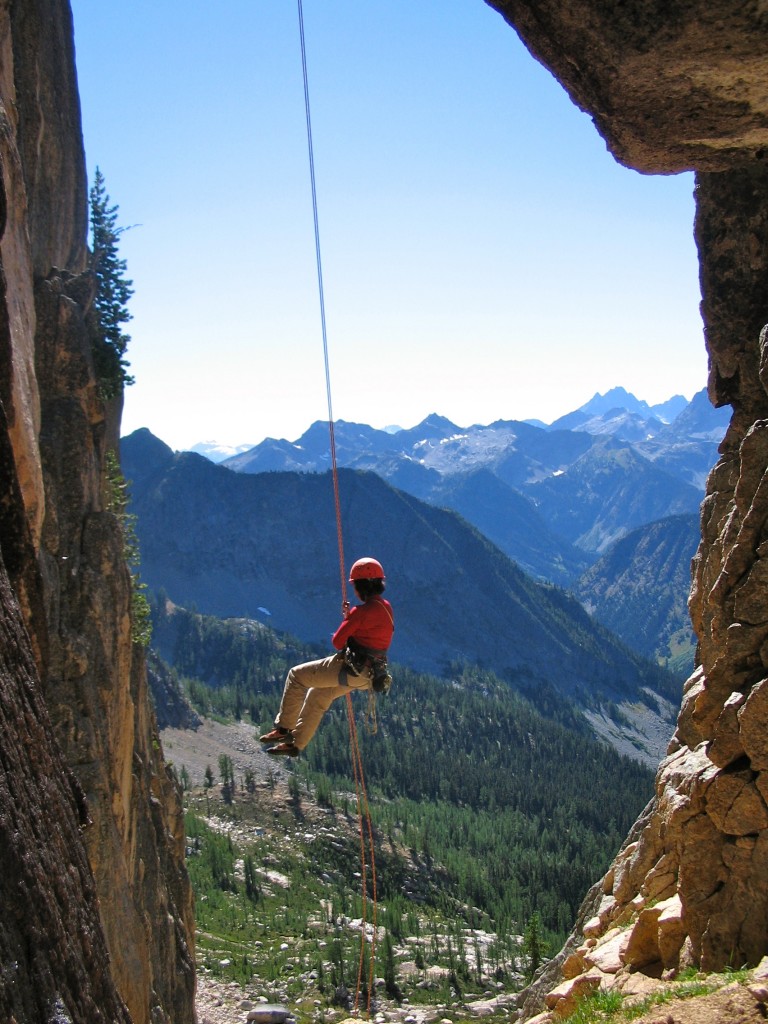 Shirley on the free-air rap off of the giant chockstone after our climb of Northwest Corner route. View is roughly east (August 6, 2005). 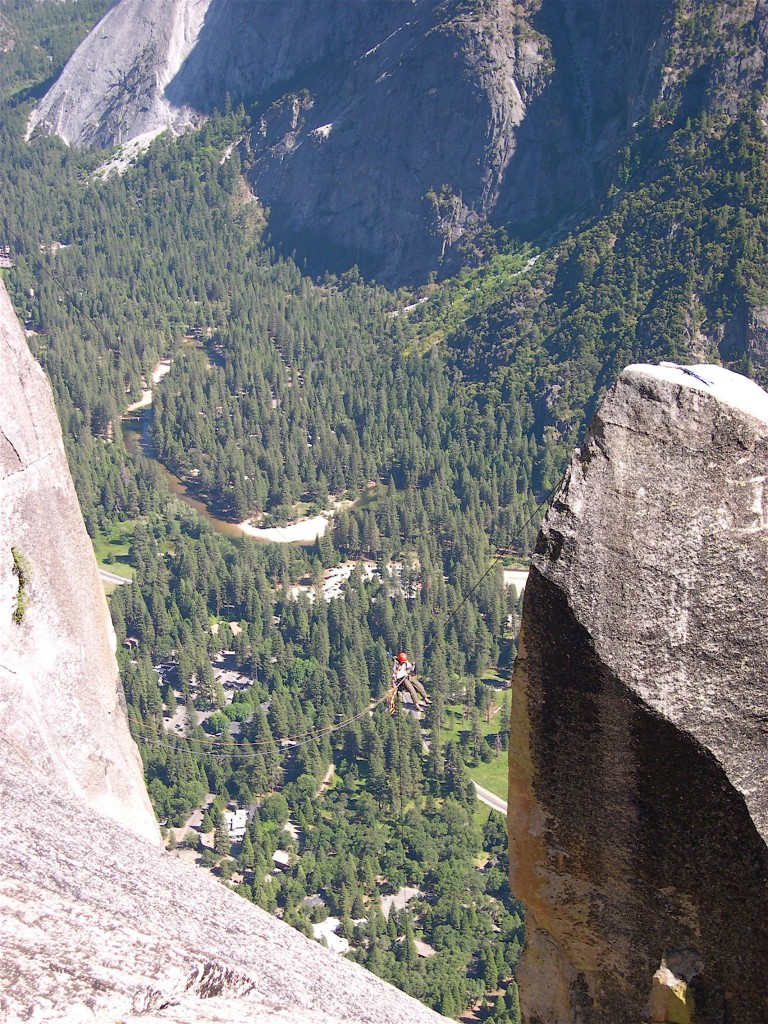 Shirley doing the "limp tyrolean" traverse from summit of Lost Arrow Spire back to rim following our climb of Lost Arrow Tip (June 6, 2004). 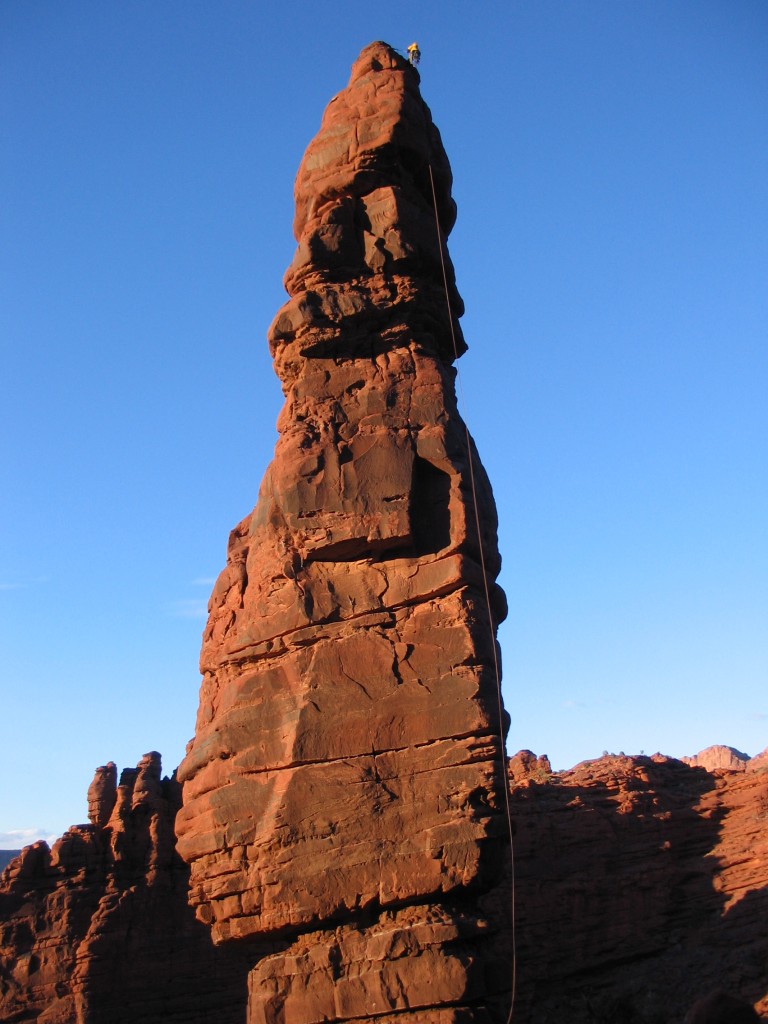 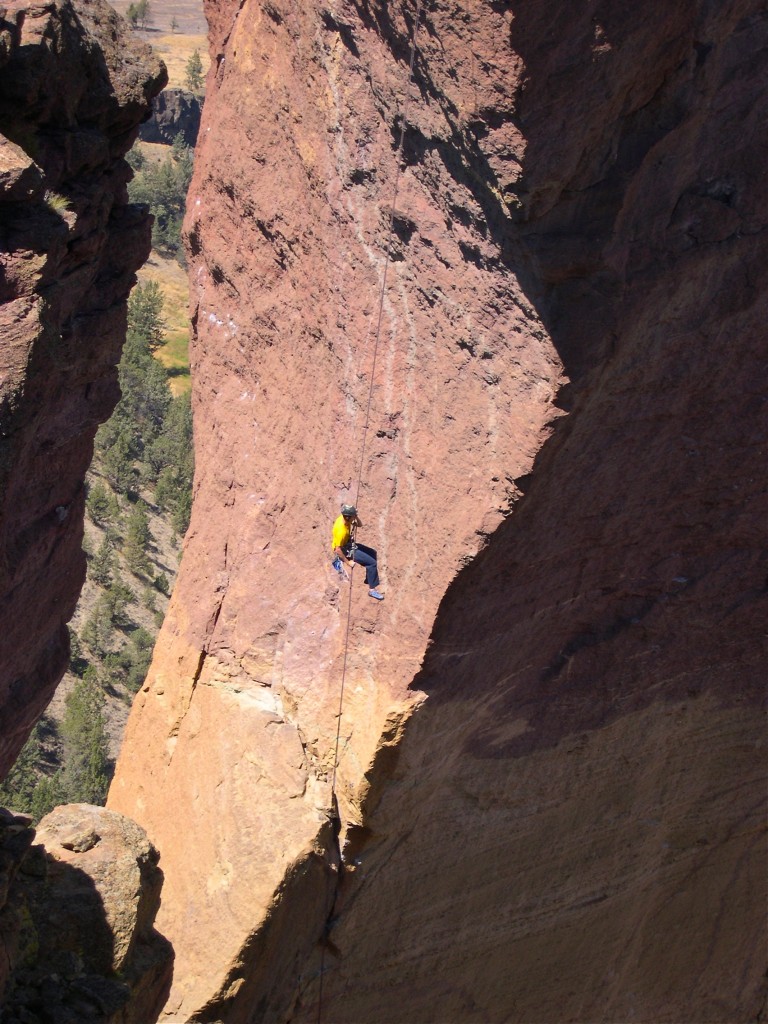 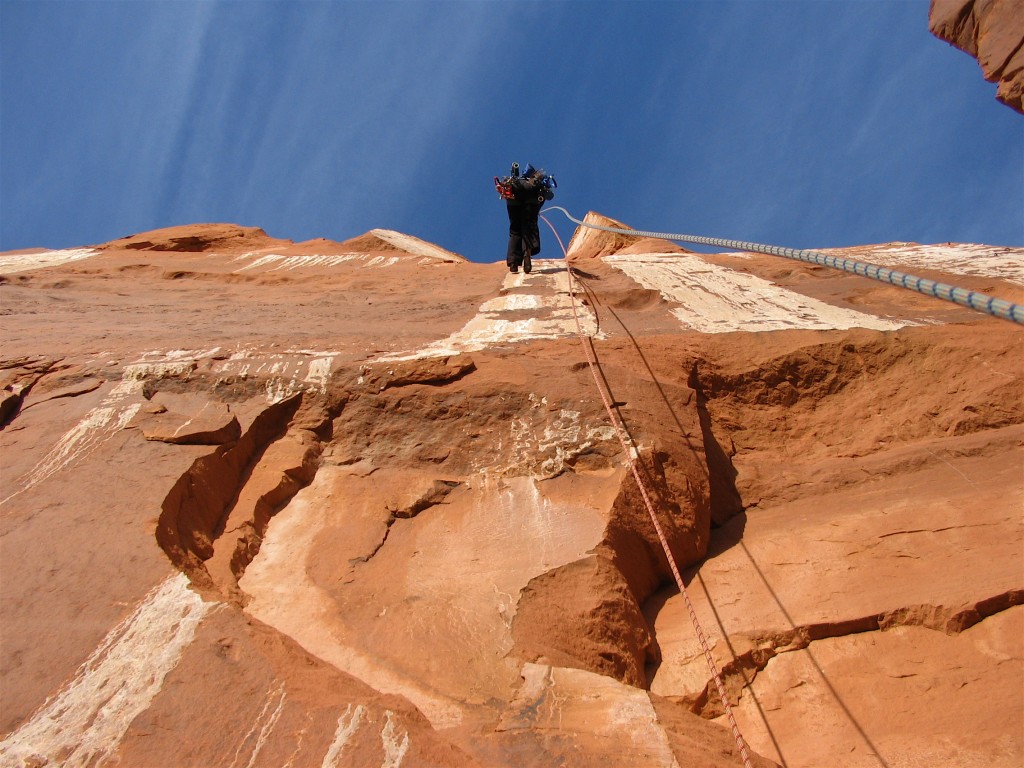 Shirley rapping off the summit of The Priest (Feb. 2009).